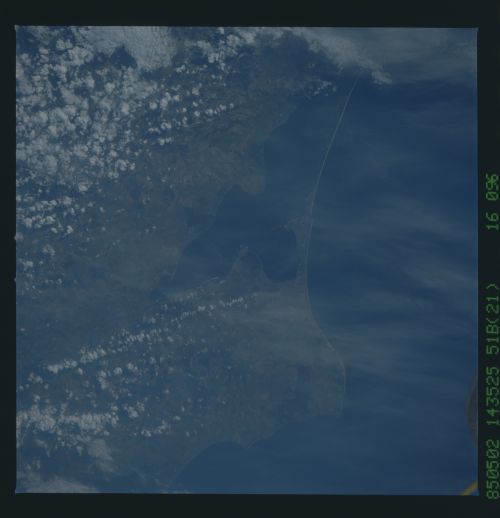 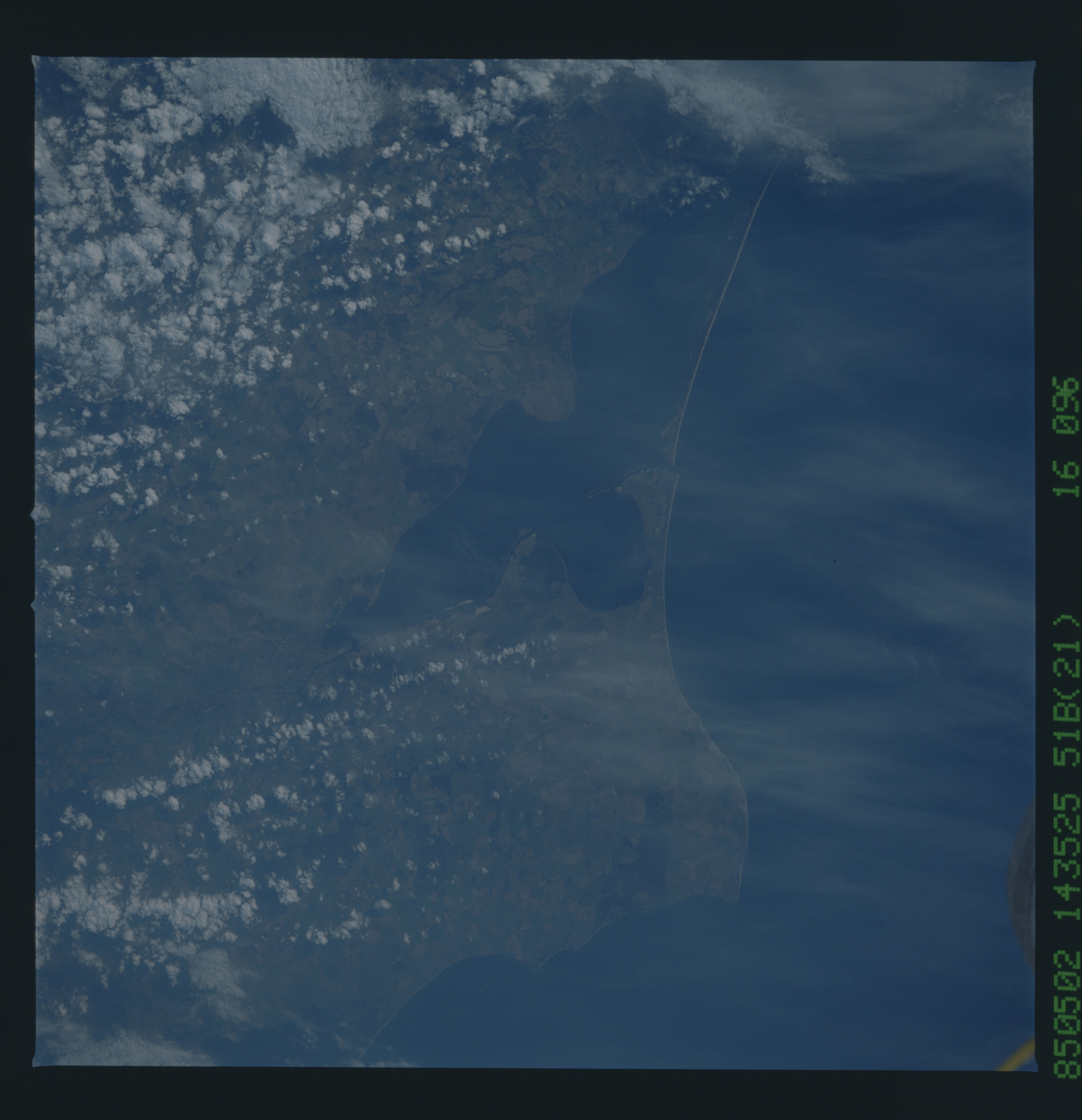 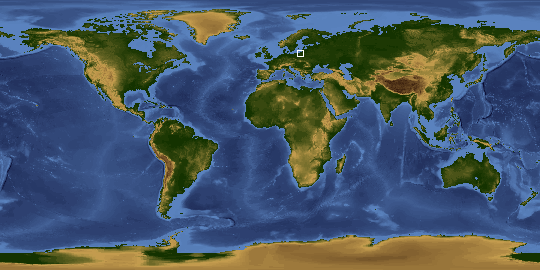 Other options available:
Download Packaged File
Download a Google Earth KML for this Image
View photo footprint information
Image Caption: This near-vertical, west-looking view shows the Gulf of Danzig
and Wislany Lagoon near the major Polish port of Gdansk on the
southern Baltic Sea coast. The Russian port city of Kaliningrad
(1) is also visible. Ice free during the winter months, both
Gdansk, just off the top center of the view, and Kaliningrad are
major ports. Kaliningrad was the coronation city of all of the
kings of Prussia. Hitler's demand that Gdansk (Danzig) be re-
turned to Gernany in 1939 was the immediate cause of the German
invasion of Poland and thus the start of World War II. (STS51B-
46-096)