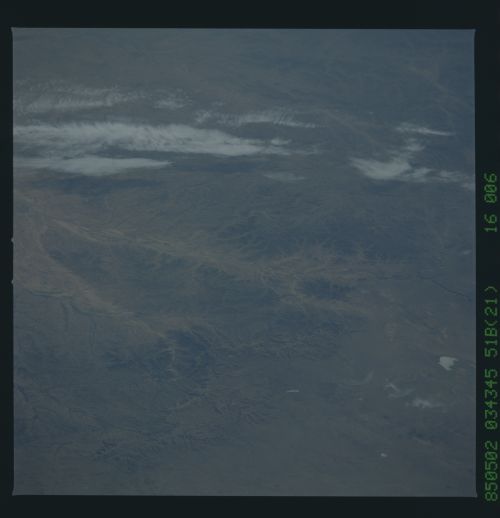 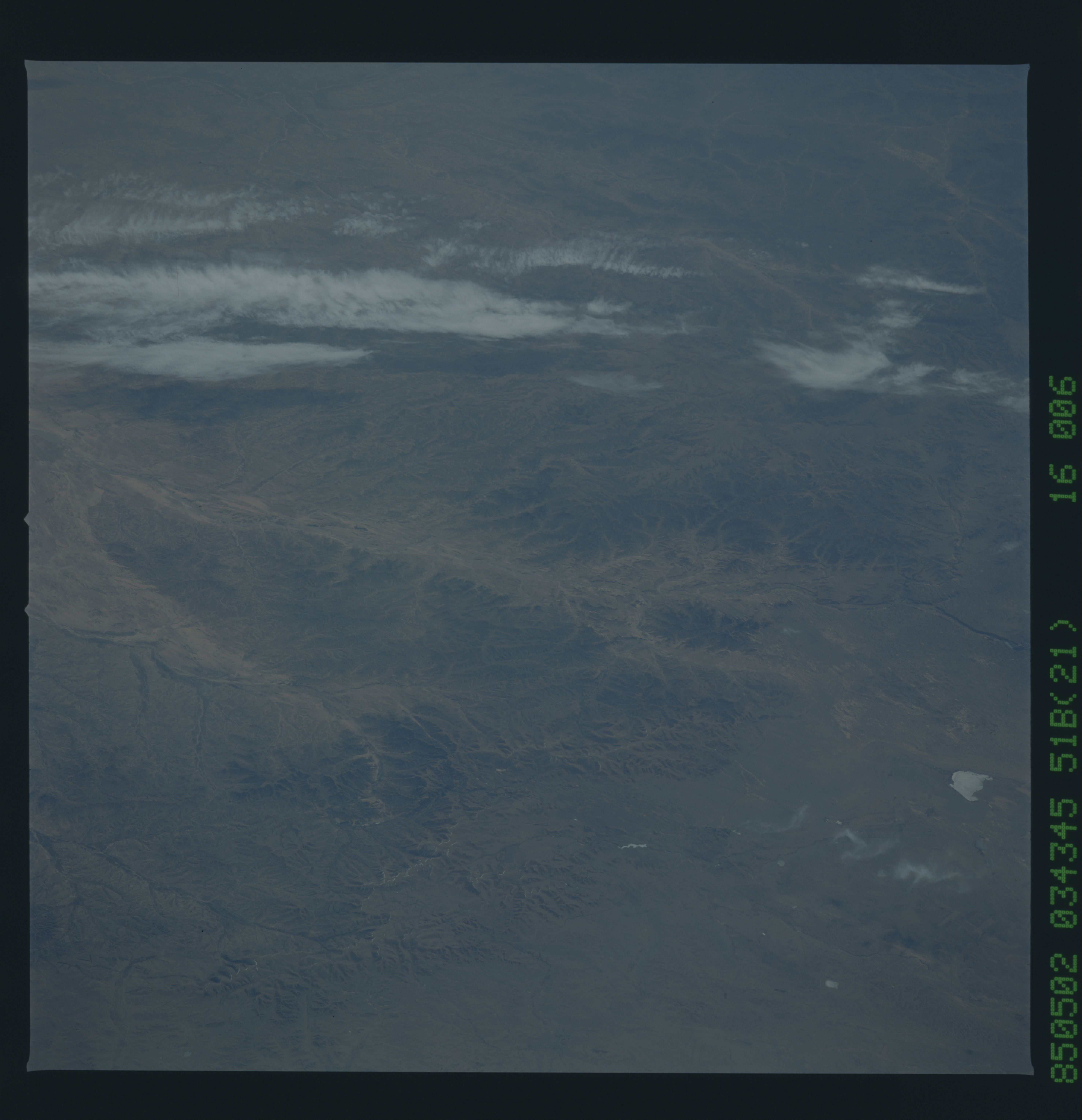 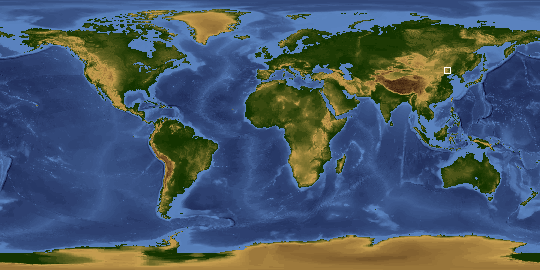 Other options available:
Download Packaged File
Download a Google Earth KML for this Image
View photo footprint information
Image Caption: An east-looking panoramic view depicts the Eastern Monglian Pla-
teau as it merges into the southern portion of the Greater
Khingam Range. Note the streams as they branch to the east from
the plateau cutting deep gorges, or cantuns, through the moun-
tains. The main channel is the Hsi-La-Mu-Lun River (1) as it
flows eastward to the Manchurian Plain. Vegetation in the South-
ern Greater Khingam is not as extensive as it is to the north,
but areas of forest can be seen on the higher, steeper slopes of
the range. A large salt playa (1) called Dalai Lake can be seen
at the lower right of the view. (51B-46-005, 006, 007)