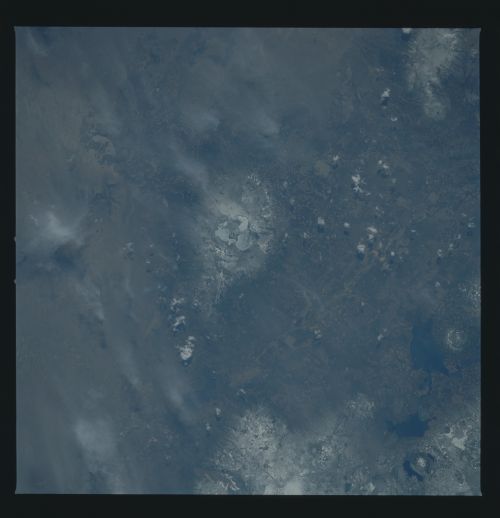 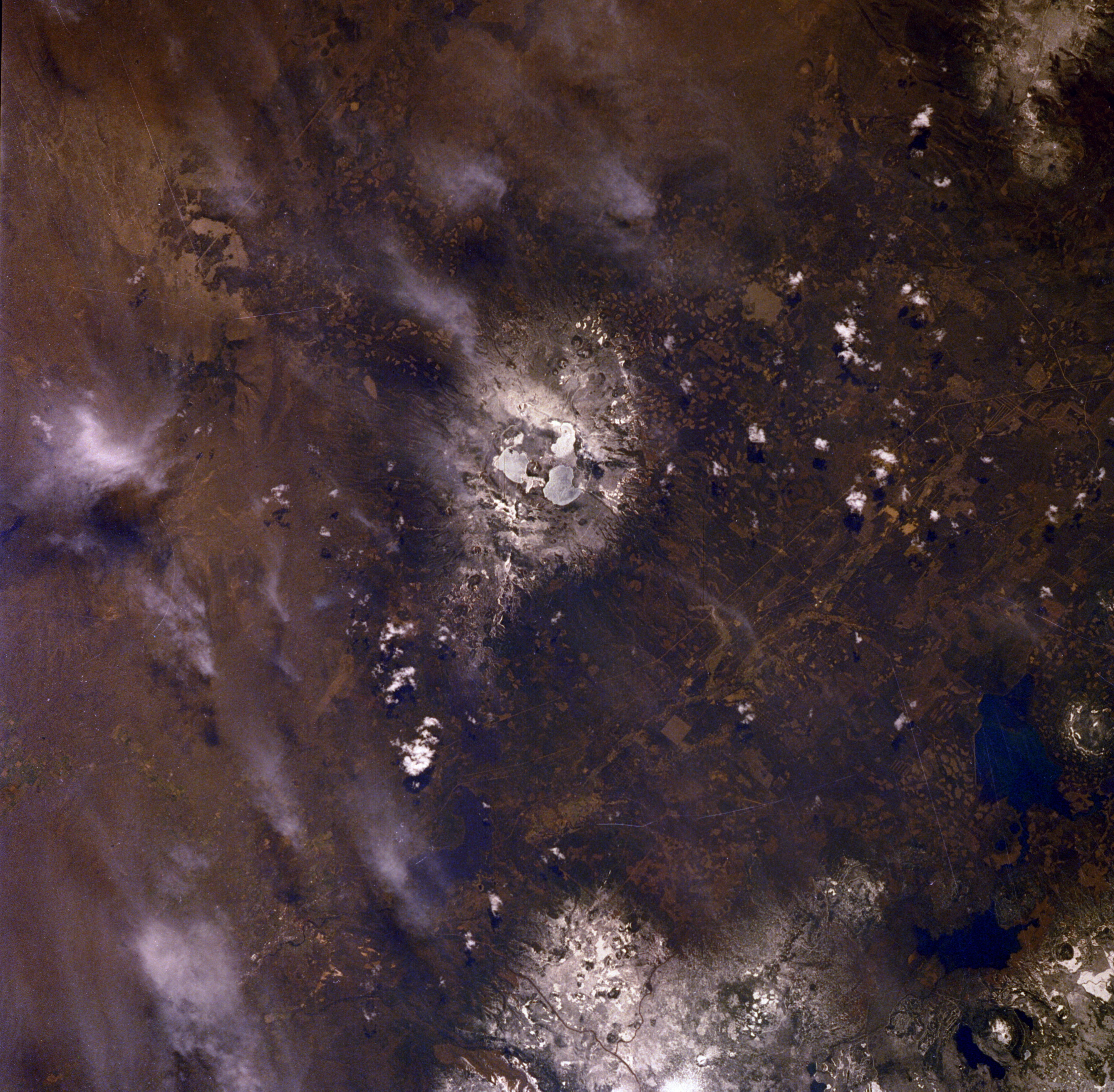 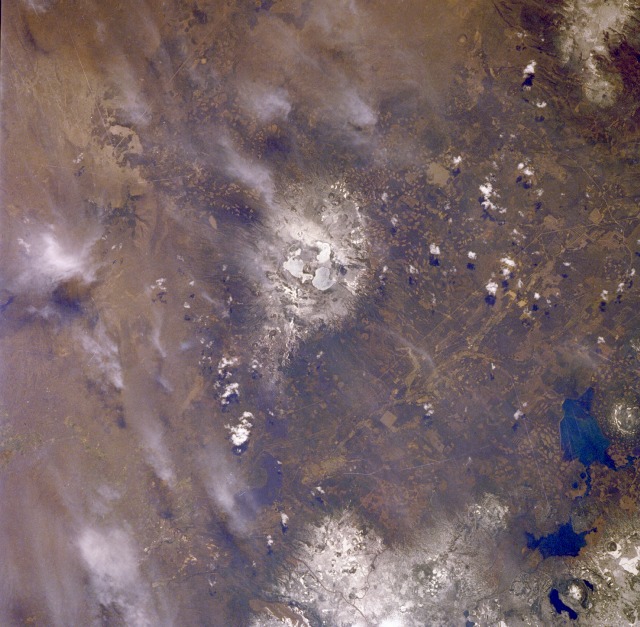 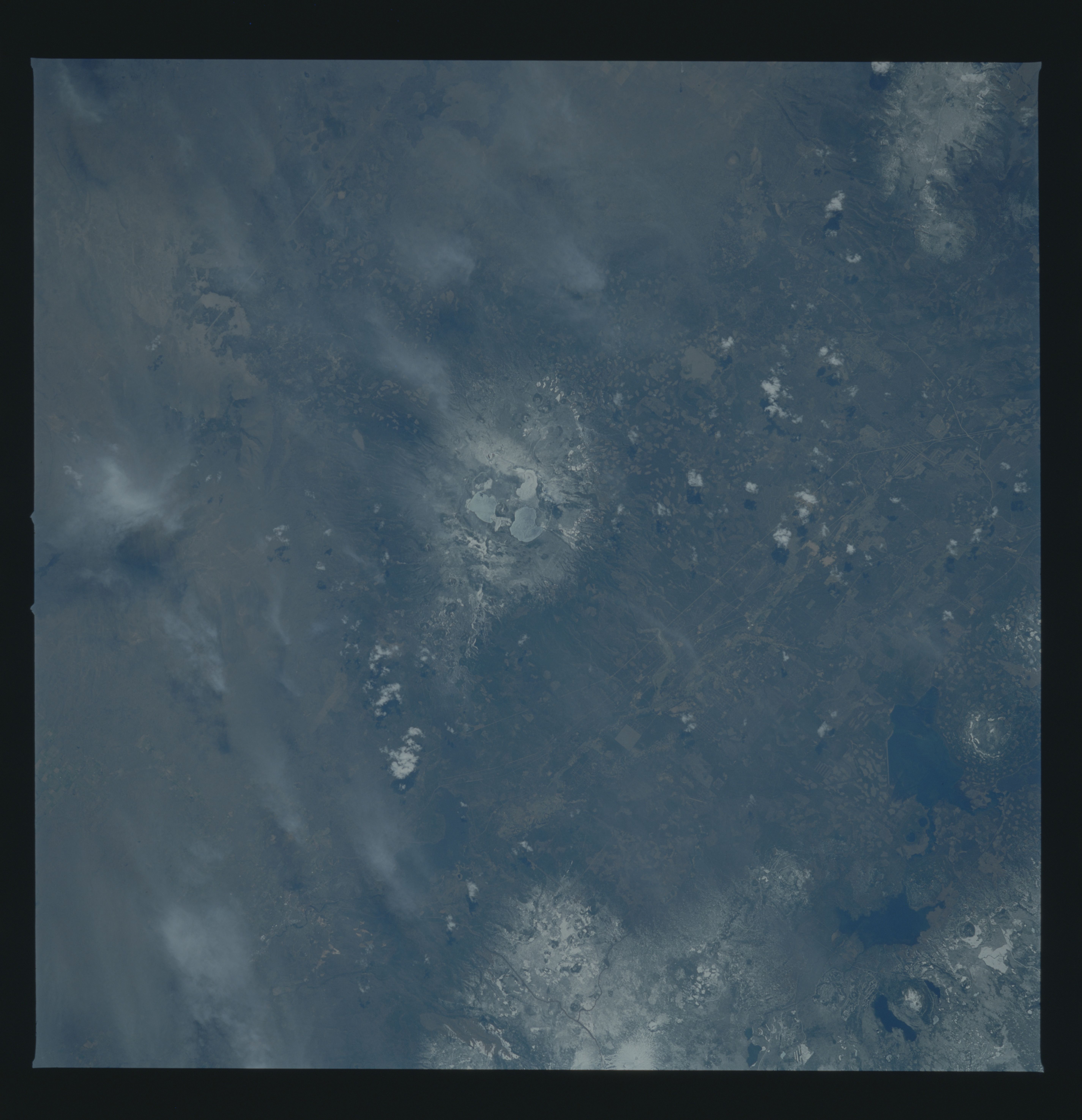 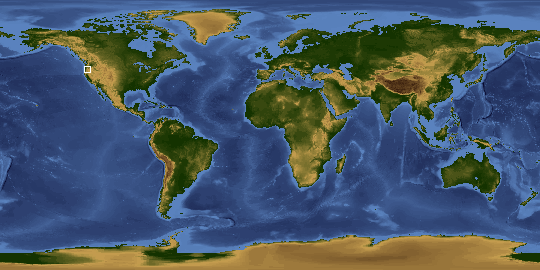 Other options available:
Download Packaged File
Download a Google Earth KML for this Image
View photo footprint information
Image Caption: STS51B-038-0091 Newberry Volcano, Oregon, U.S.A. May 1985
Snow-covered Newberry Volcano (center of the photograph) lies 40 miles (64 kilometers) east of the Cascade Mountains but is considered to be included in the Pacific "Rim of Fire," a series of volcanoes and mountain ranges that surround the Pacific Ocean basin. Newberry is very much like its neighbor to the south, Crater Lake (not part of this photograph), in that Newberry also lost its summit to a gigantic explosion (15 000 years ago). Inside the caldera are two lakes--Paulina and East--separated by lava and obsidian flows and a cinder cone 1 mile (1.6 kilometers) wide and 700 feet (214 meters) high. Hot springs in both lakes are the only surface signs of continuing volcanic activity. Geothermal exploration has revealed that, only 3000 feet (915 meters) below the floor of the caldera, temperatures exceed 500 degrees Fahrenheit (260 degrees Celsius), the highest temperatures recorded in a dormant Cascade volcano. To the east are the Deschutes River and Wickiup Reservoir, and to the northeast is the snow-covered, extinct volcanic peak of Mount Bachelor, now a famous ski resort.