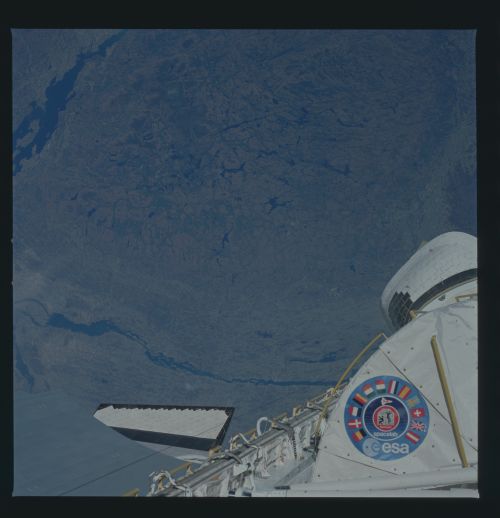 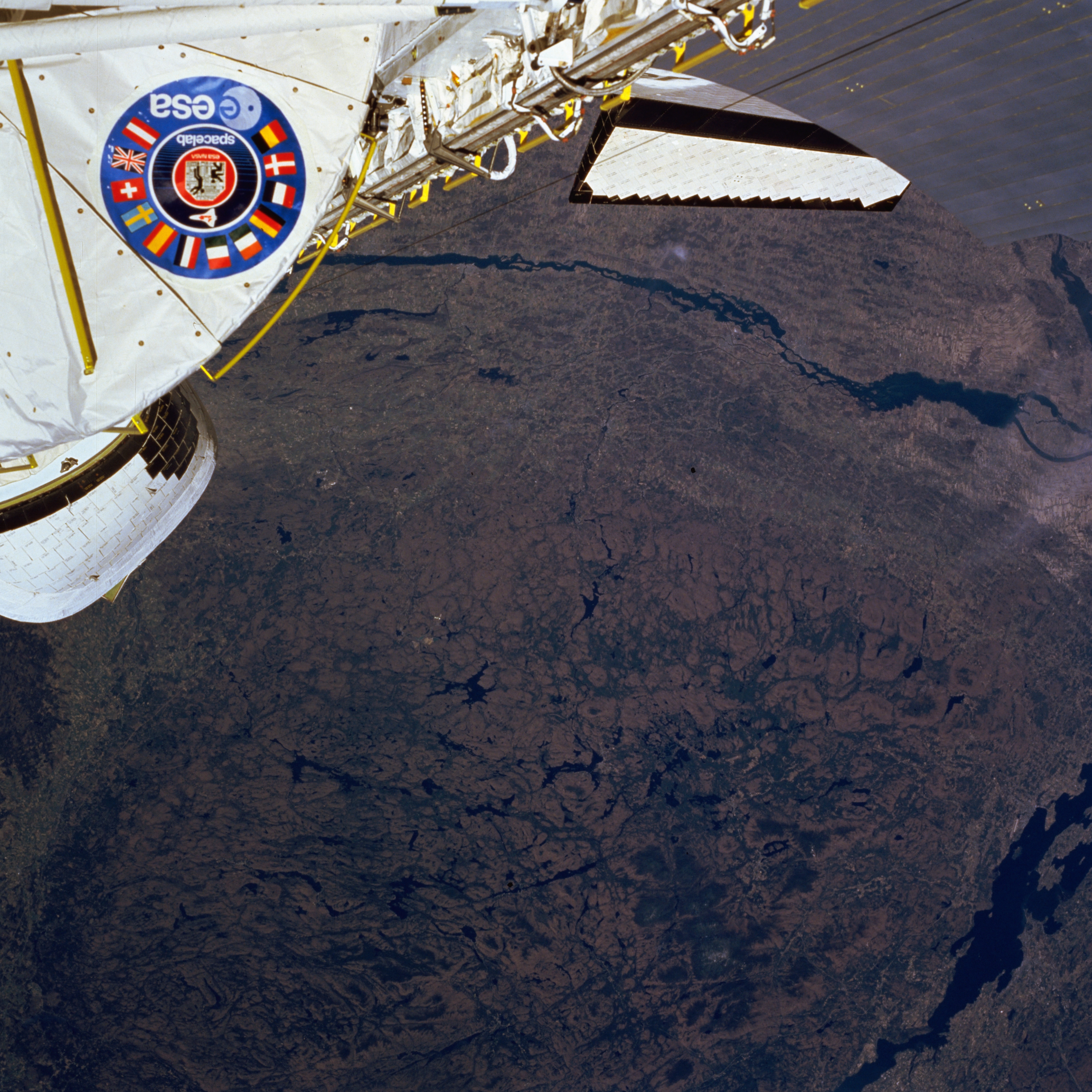 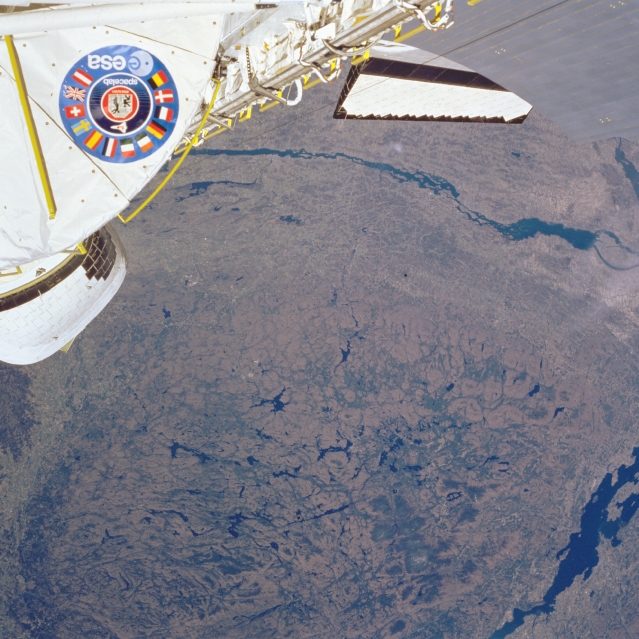 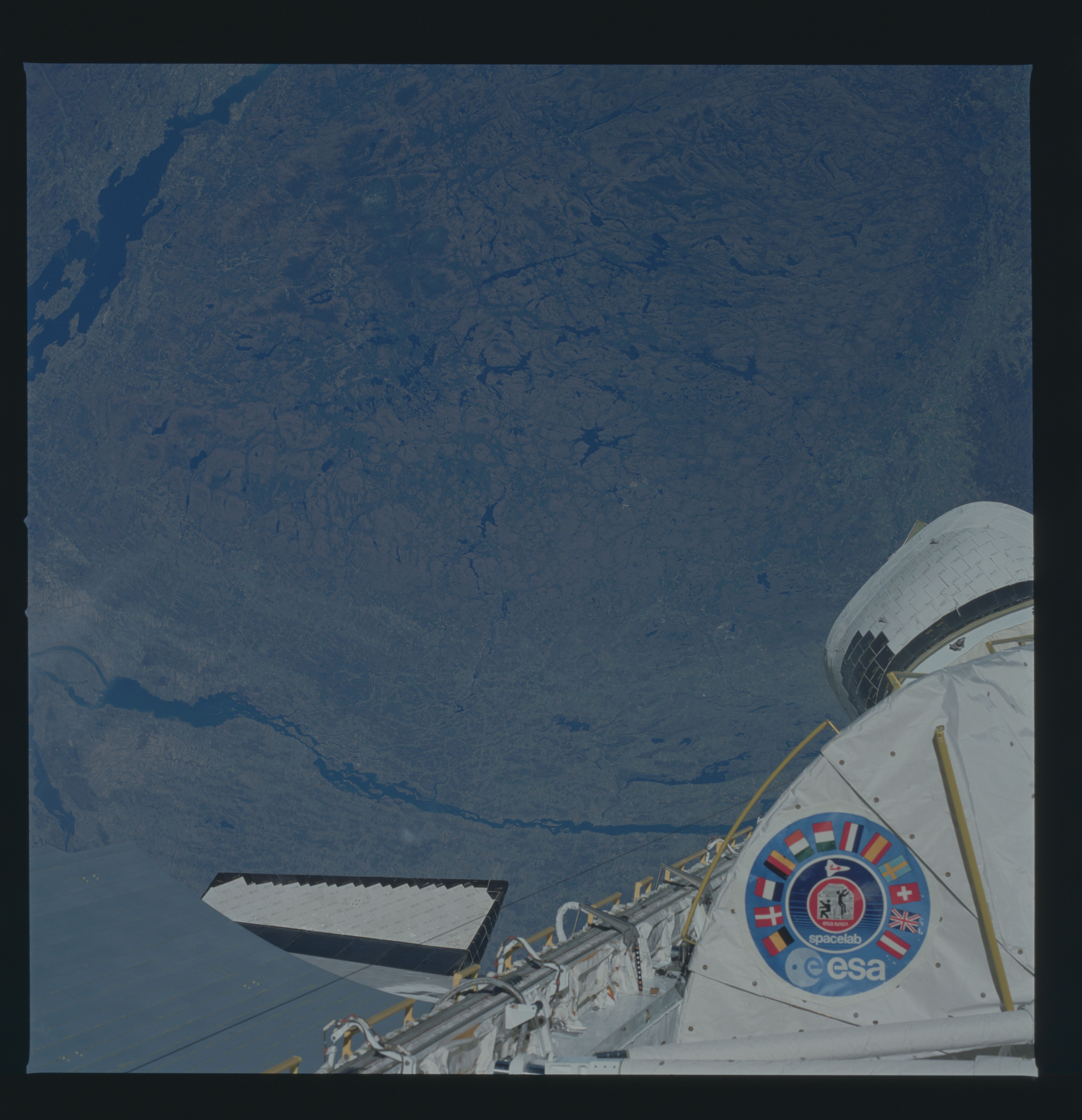 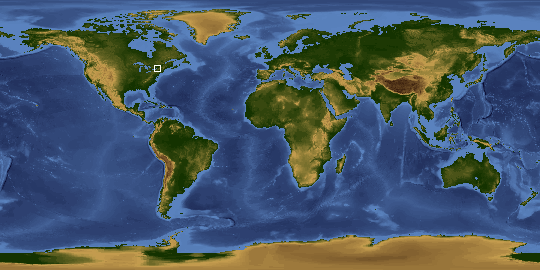 Other options available:
Download Packaged File
Download a Google Earth KML for this Image
View photo footprint information
Download a GeoTIFF for this photo
Image Caption: STS51B-33-0032 St. Lawrence River, Adirondack Mountains, New York May 1985
With the Space Shuttle covering the upper portions of the image, the rugged Adirondack Mountains are visible in this northwest-looking view. The Adirondacks are considered a part of the Laurentian Plateau of eastern Canada. The mountain range is bordered to the east by Lake Champlain and the Hudson River Valley (lower left); to the south by the Mohawk River Valley; to the west by the Black River Valley (lower left); and to the north by the St. Lawrence River lowland. Composed chiefly of metamorphic rocks, the Adirondacks were formed as igneous rocks (mainly granite), and intruded upward. Subsequent faulting of the earth's crust and surface erosion, particularly by glaciers, gives the mountains their rugged topography. The glaciers, the last of which occurred over 10000 years ago, have carved scenic gorges, waterfalls, and numerous lakes throughout the range. The Adirondacks are the source of the Hudson and Ausable Rivers. The mountain range continues to rise about three millimeters a year. The region is a year-around resort and recreational area.