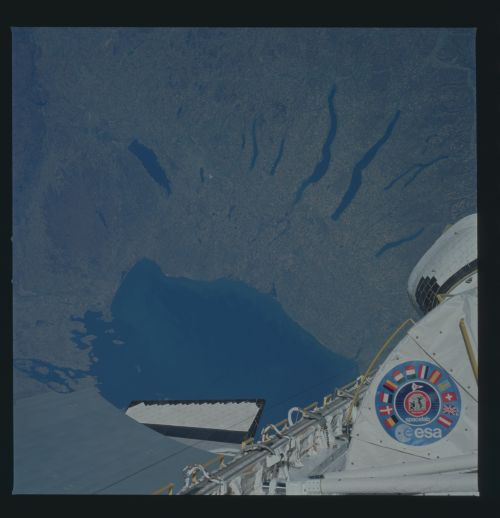 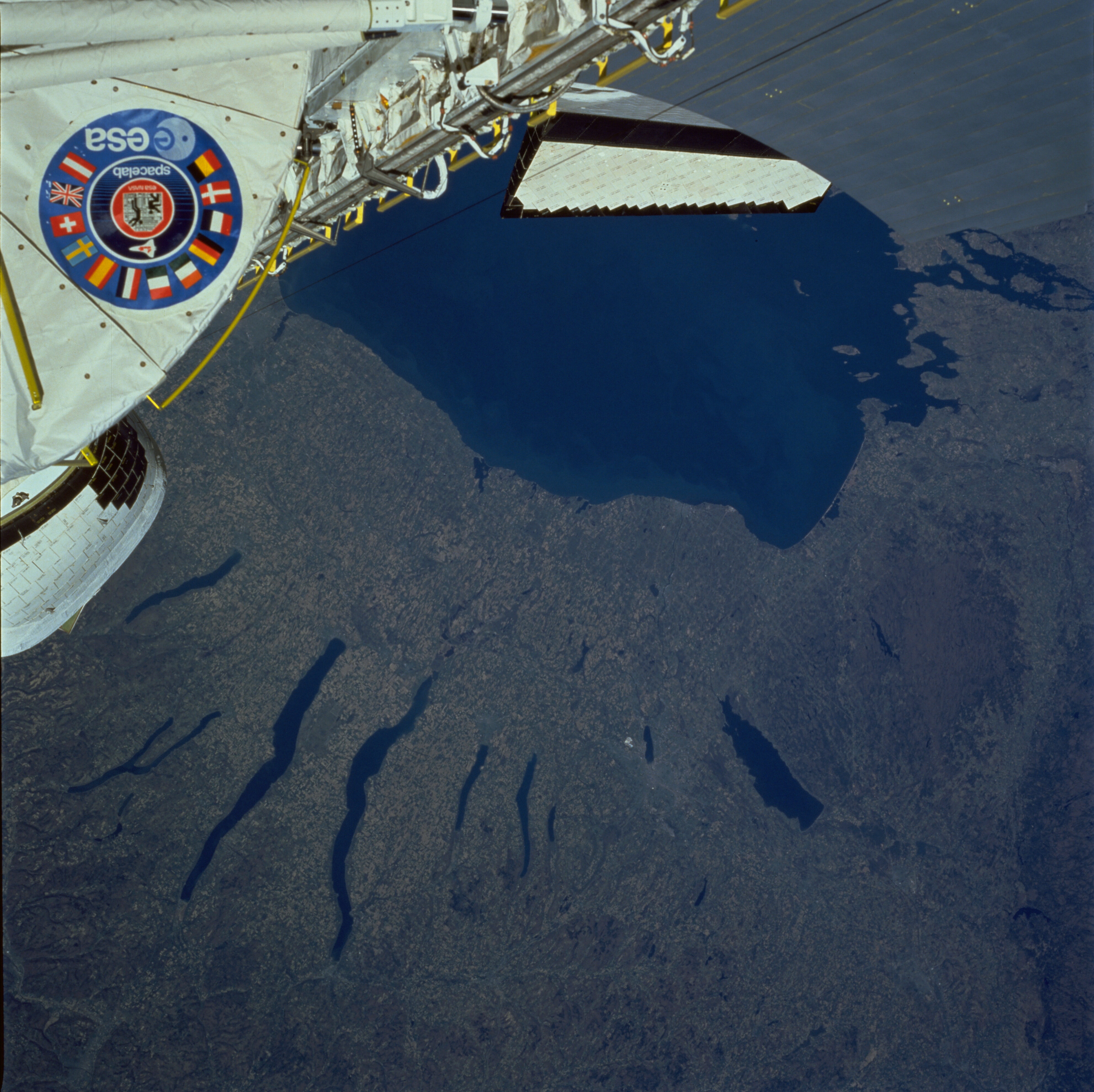 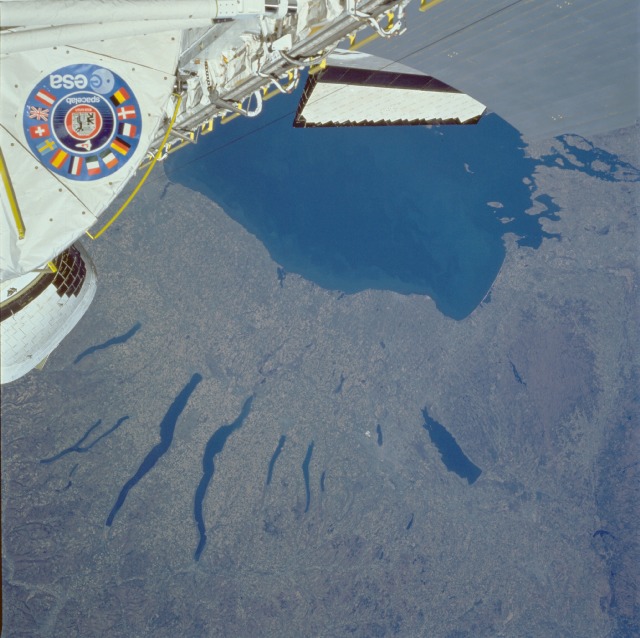 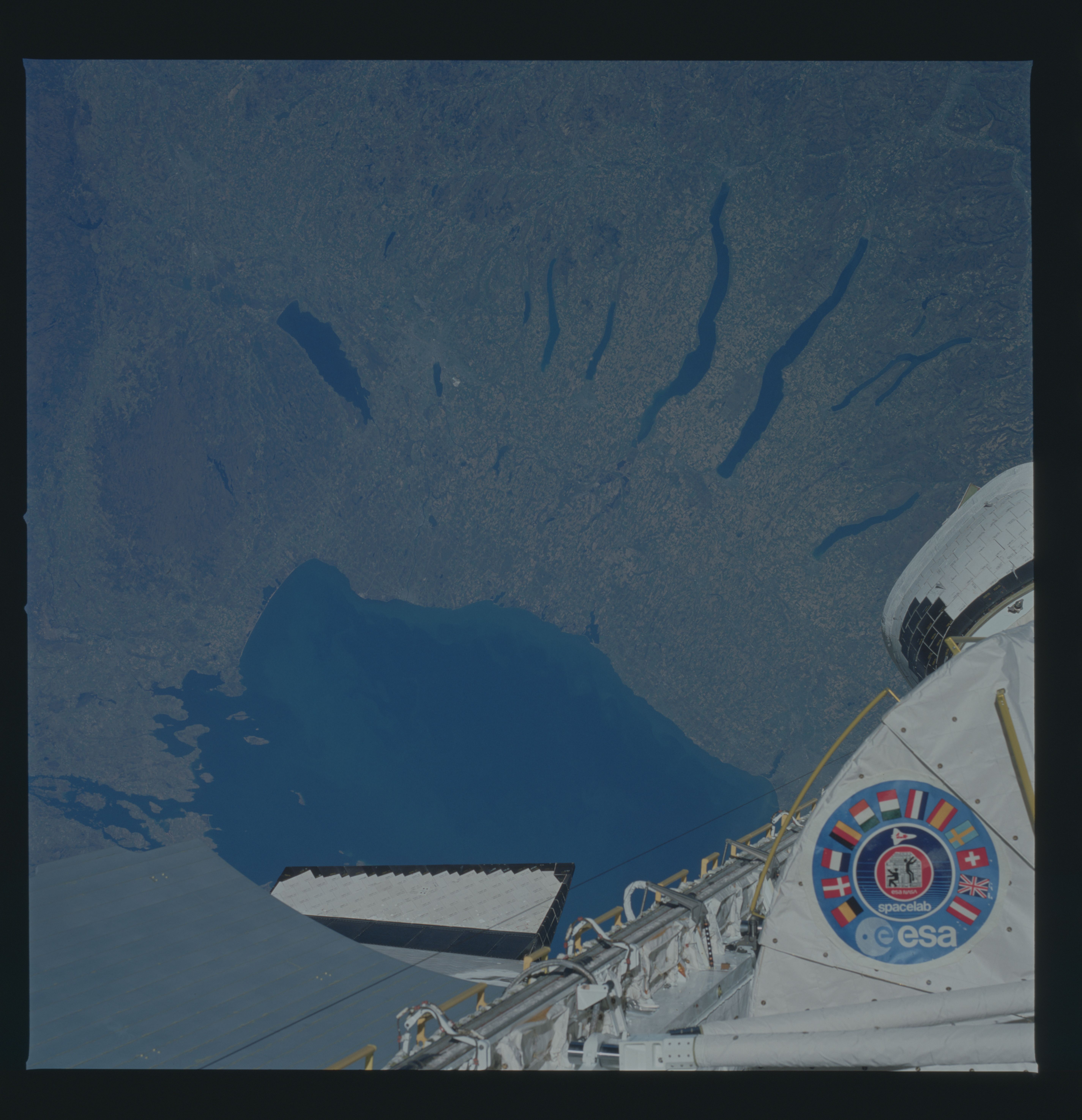 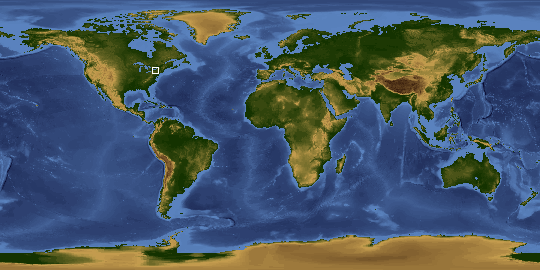 Other options available:
Download Packaged File
Download a Google Earth KML for this Image
View photo footprint information
Image Caption: STS51B-033-0029 Finger Lakes Area, New York, U.S.A. April 1985
The elongated lakes of north-central New York State, known as the Finger Lakes, are graphic reminders of the continental glaciers or ice sheet that covered the northeastern part of the North American continent during the last great ice age, which ended 10 000 to 15 000 years ago. As the massive ice sheet moved generally south, it had a bulldozing effect on most of the landscape. The scouring, abrasive action caused an erosion process, creating the valleys that have since filled with water. As the continental glaciers retreated to the north into Quebec, Canada, some rock and soil debris (known as drift or till) stored in the glacier was deposited over the landscape. Numerous lakes of various sizes can be seen in this photograph, including the eastern part of Lake Ontario. The two longest Finger Lakes are Seneca Lake (west) and Cayuga Lake (east). Oneida Lake is the larger, roughly rectangular-shaped lake near the eastern edge of the photograph. Even at the distance from which this photograph was taken, some of the agricultural field patterns can be seen. (Refer to photograph STS-61A-034-0020 for a more detailed view of the agricultural field patterns around Seneca Lake and Cayuga Lake.)