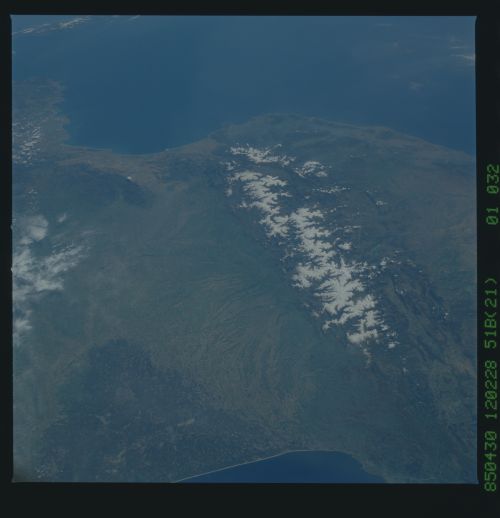 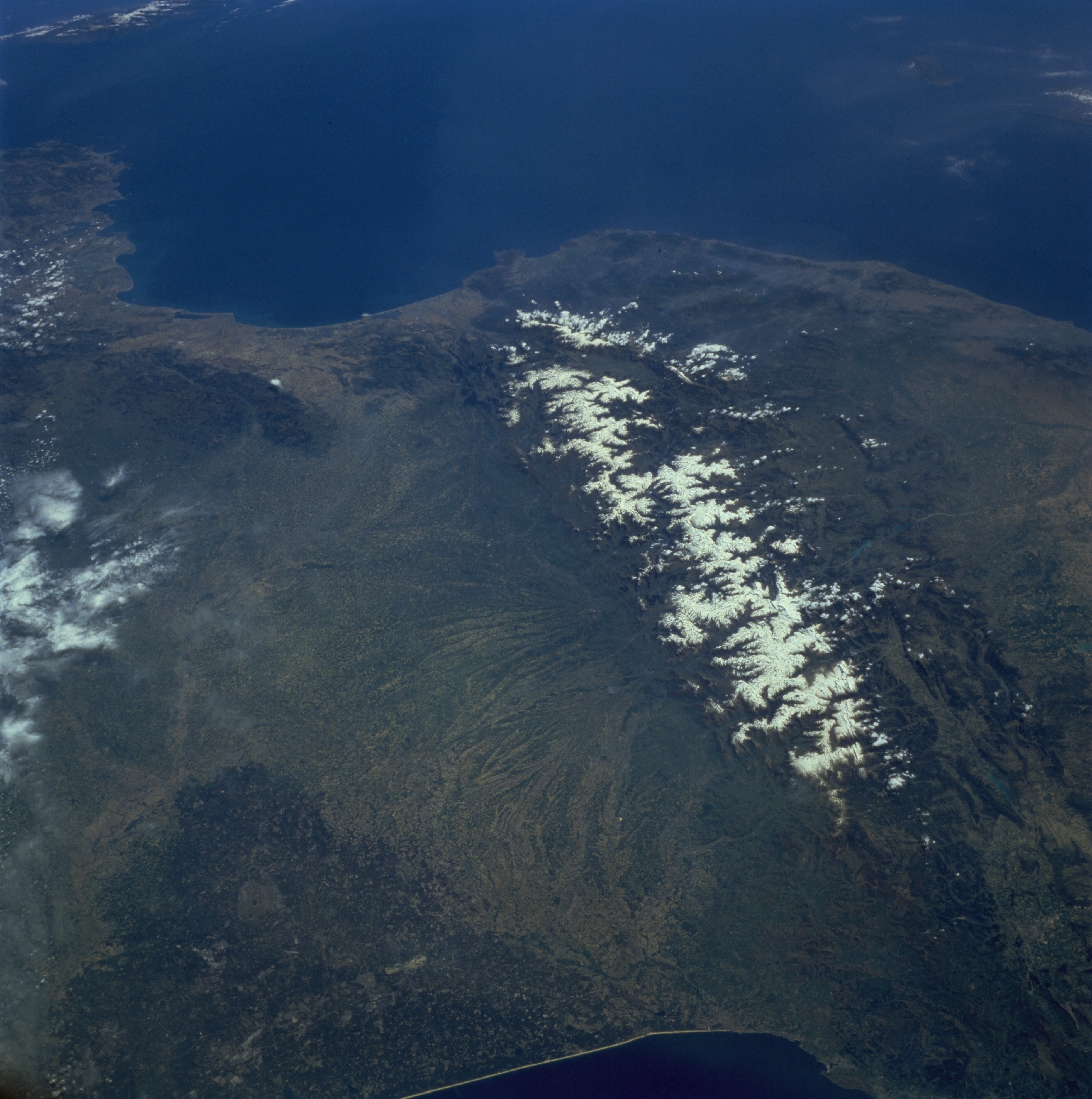 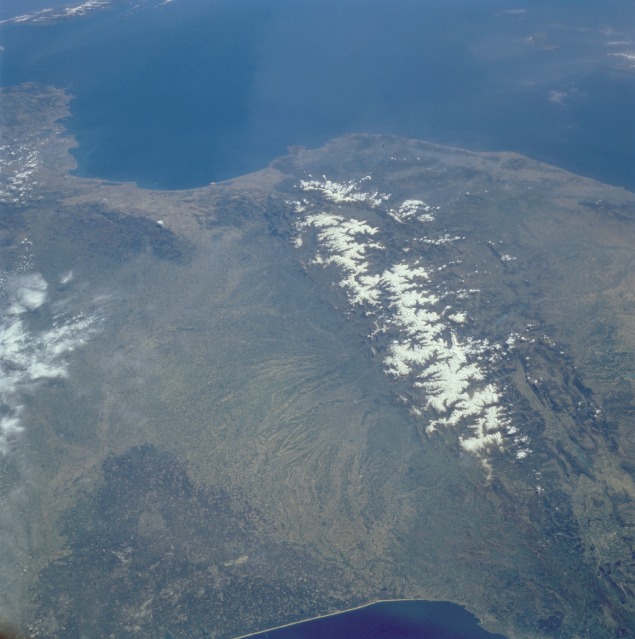 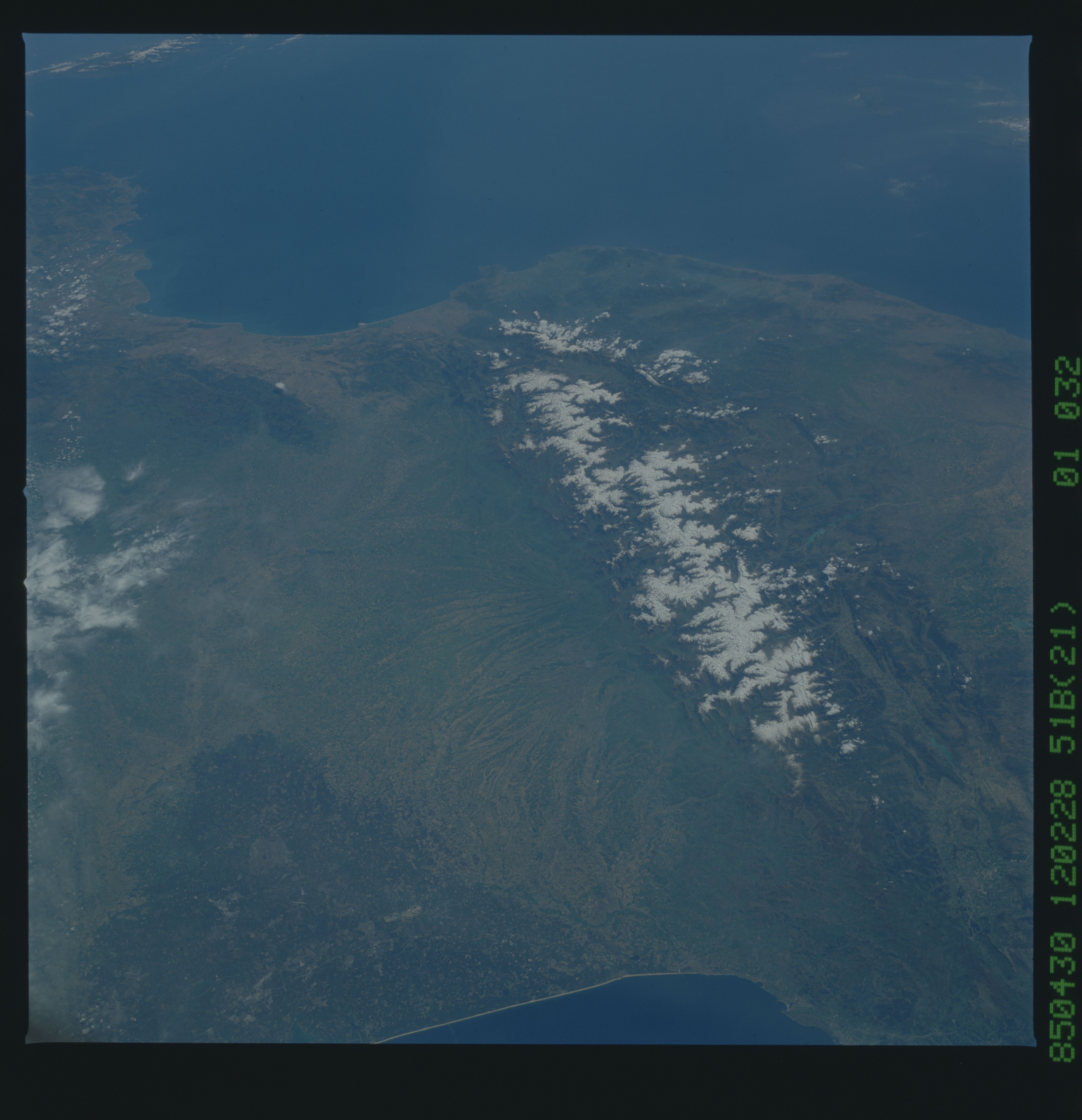 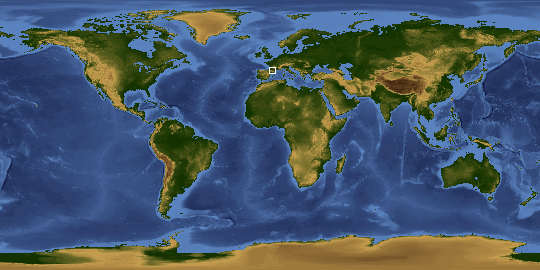 Other options available:
Download Packaged File
Download a Google Earth KML for this Image
View photo footprint information
Image Caption: STS51B-31-81 Pyrenees Mountains, France and Spain April 1985
The snow-covered Pyrenees Mountains, which form a formidable physical barrier between France to the north and Spain to the south, are the main focus of this low-oblique, southeast-looking photograph. Scarcely interrupted by accessible passes and pierced in only two places by railroad tunnels, the Pyrenees are an ideal natural boundary between the Iberian Peninsula and the rest of Europe. The northern flank of the Pyrenees is characterized by a series of large alluvial deposits that fan out across southwestern France. The darker, roughly triangular area in southwest France is part of the forested Aquitaine Basin. This region is near the major port city of Bordeaux (not visible in this photograph), which is known for its world-famous wine production. The southern flank of the Pyrenees (Spain) is characterized by aridity and very rugged, mountainous conditions. Human settlement is sparse throughout the Pyrenees; however, because the region is rich in mineral waters, there are dozens of mineral water resorts, and winter sports attract visitors from southwestern France. The very small mountainous country of Andorra (not distinguishable in this photograph) has survived in an inaccessible upper valley of the Pyrenees.