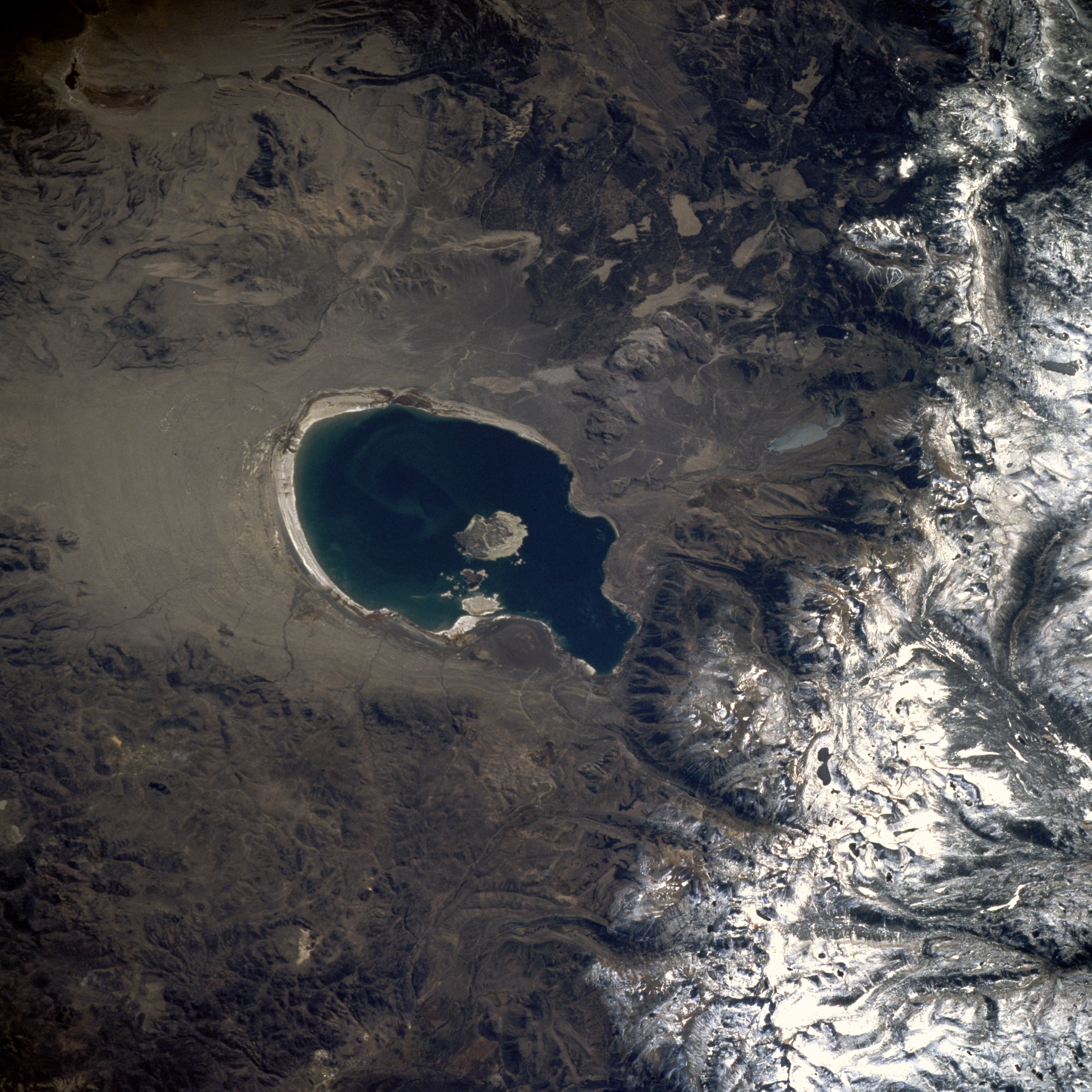 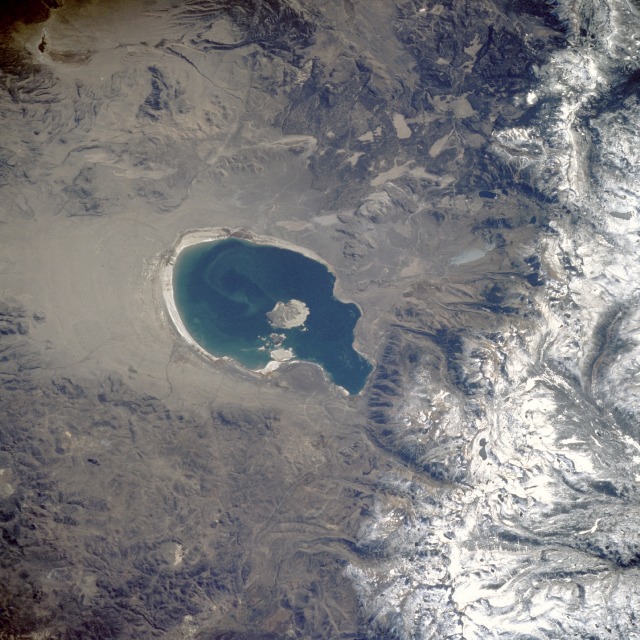 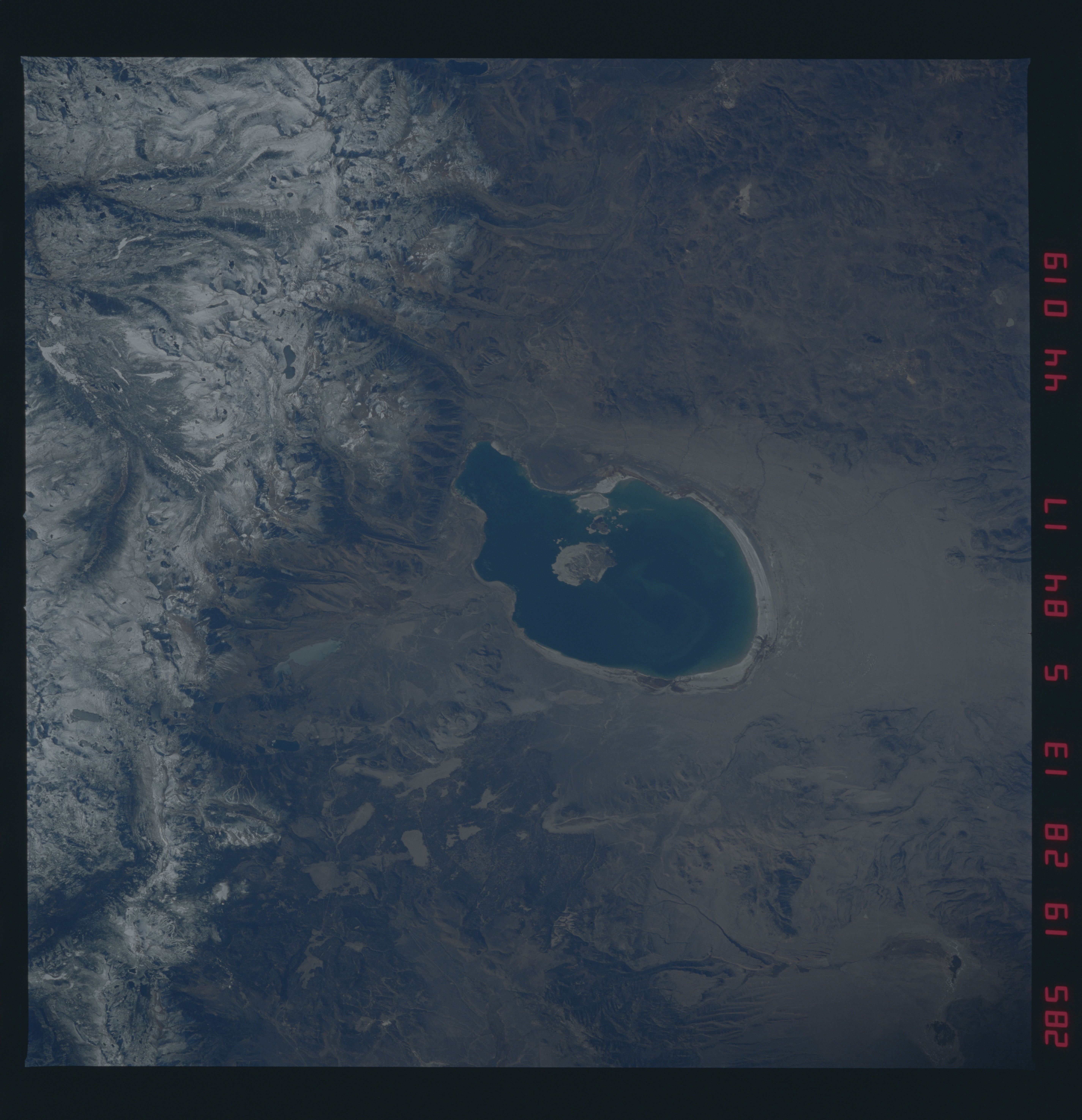 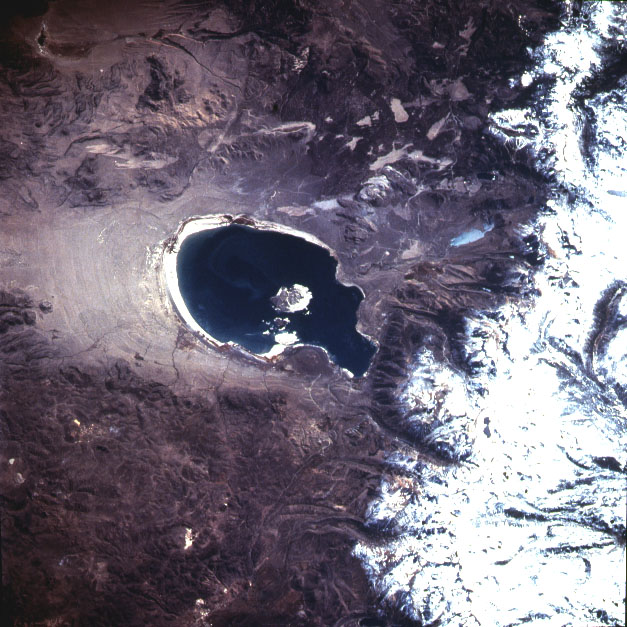 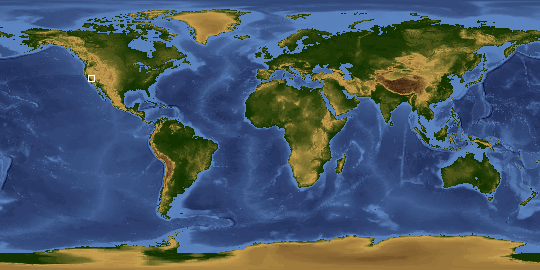 Other options available:
Download Packaged File
Download a Google Earth KML for this Image
View photo footprint information
Image Caption: STS41G-044-0019 Mono Lake, California, U.S.A. October 1985
Located on the eastern side of the high, snow-covered Sierra Nevada, Mono Lake can be seen in the center of this north-northwest-looking, low-oblique photograph. The lake, 14 miles (23 kilometers) long and 9 miles (14 kilometers) wide, is unique in that it is fed by numerous springs that rise to the surface through beds of saline sands. Though the lake is saline, it teems with life. Microscopic algae thrive on the mineral salts and are, in turn, preyed upon by millions of brine shrimp, a species of shrimp found nowhere else in the world. Millions of brine flies feed on other algae found in the lake. This aggregation of food attracts more than 1 million birds to the lake each year. This entire ecosystem, however, is in danger of extinction because water is being drawn from the lake in great volumes to supply the thirsty population of metropolitan Los Angeles. When this photograph was taken in 1985, the lake's water volume had already decreased, as evidenced by the exposed shoreline surrounding the lake. Water levels have continued to decline since 1985, and the salinity of the lake has doubled--disturbing trends that State and Federal Government agencies are attempting to halt.