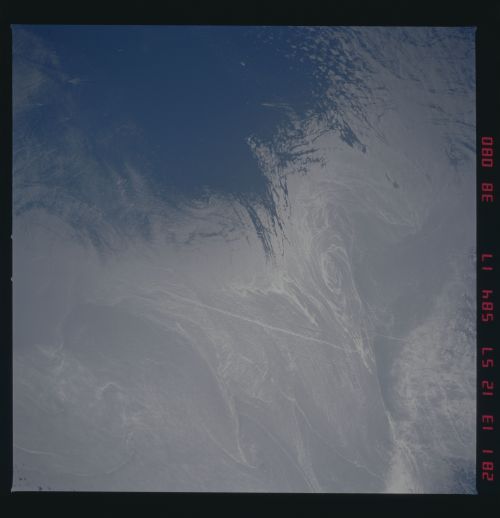 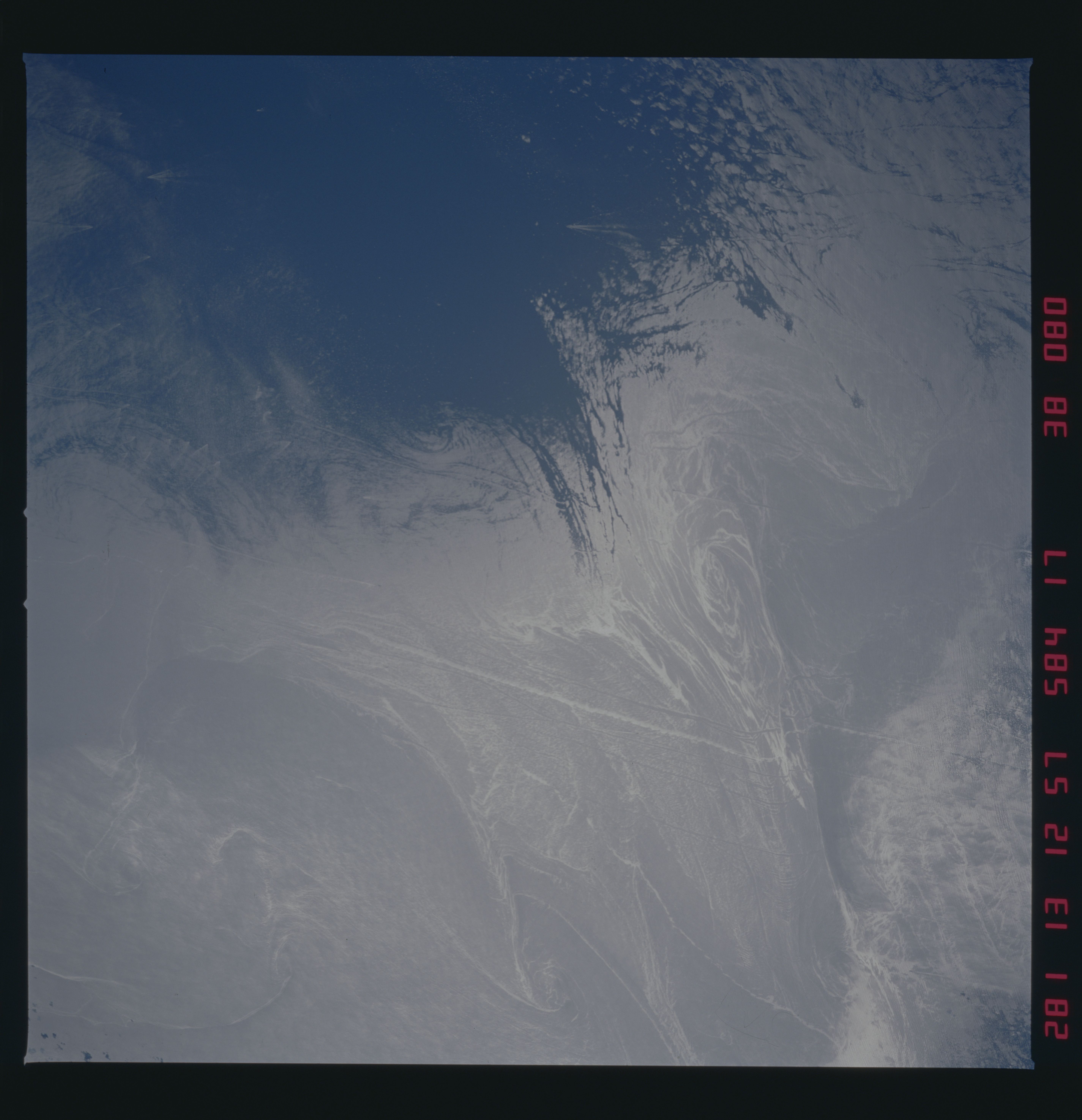 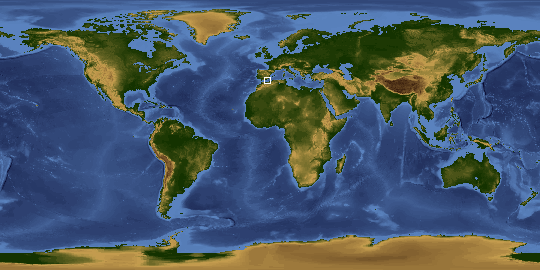 Other options available:
Download Packaged File
Download a Google Earth KML for this Image
View photo footprint information
Image Caption: MEDITERRANEAN
(Center Pt.: 36.5N 1.5W) Mediterranean, southeast of
Valencia, Spain. Eddies, shear line and approximately 45
Spanish fishing fleet (stern) wakes in the sunglint in the
Mediterranean, off the southeastern tip of Spain near the
coastal city of Almeria. Biological surfactants and man-
contributed oils produce a thin layer at the surface. These
"oils" take the form of the waters motion and also change
the surface reflectance allowing ocean features to be
outlined in the sunglint. Due to this sunglint phenomena
and ocean front (an acoustic sound barrier), eddy and the
ship wakes are visible. Some of the ships are larger
vessels because their shadows are visible at the beginning
of the stern wakes. Note also the numerous bow wakes in the
blue portion of the photo (the wind has roughened the sea
surface, changing the reflectance in this area). The bright
wake is a ship dumping bilges. Taken from STS-41G (Oct 84)
with a 250 mm lens.