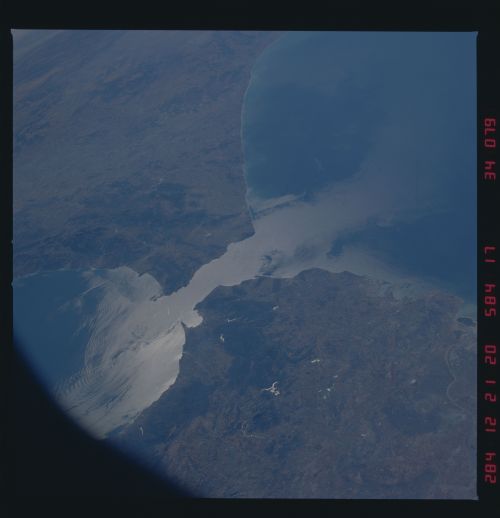 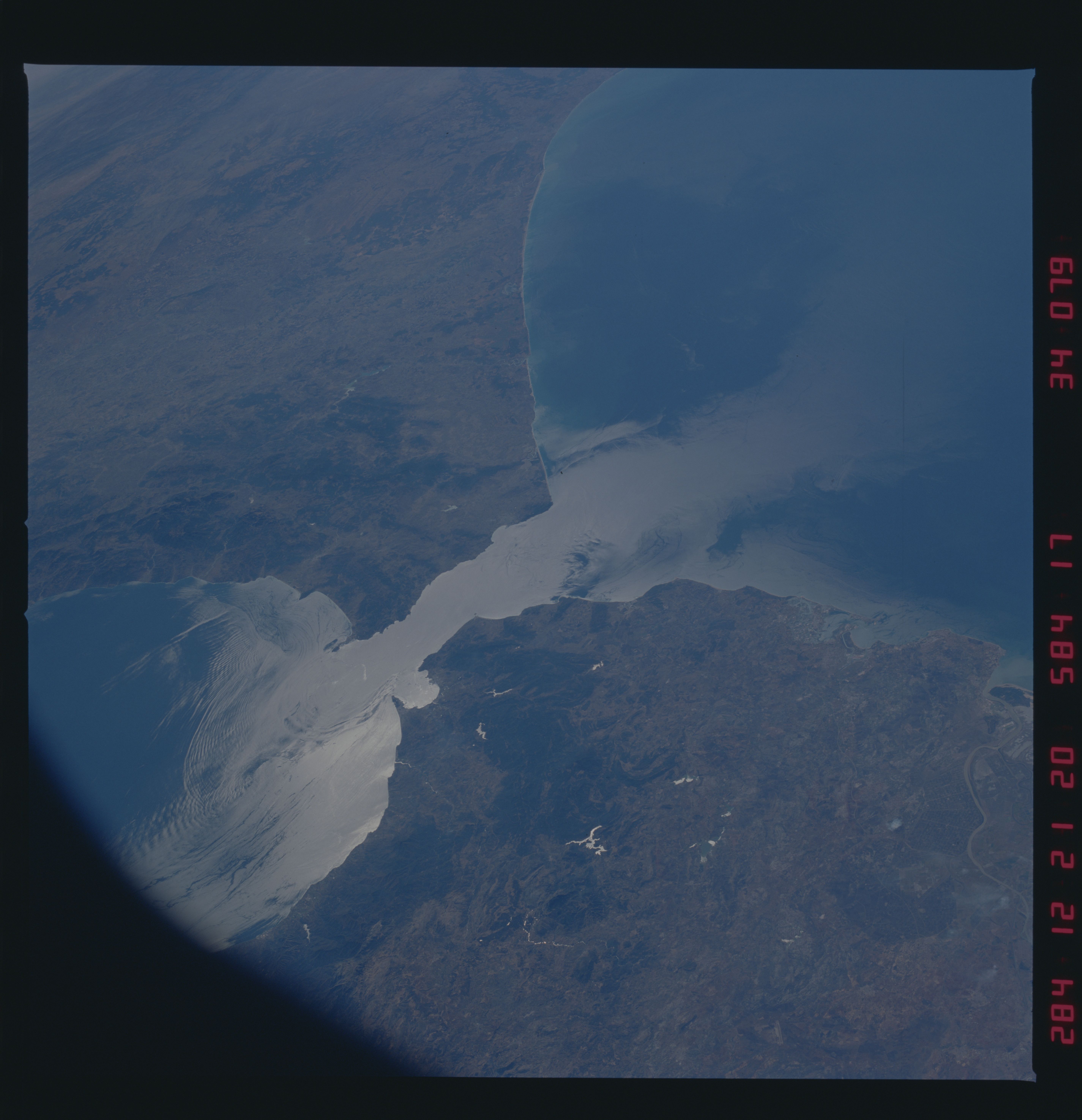 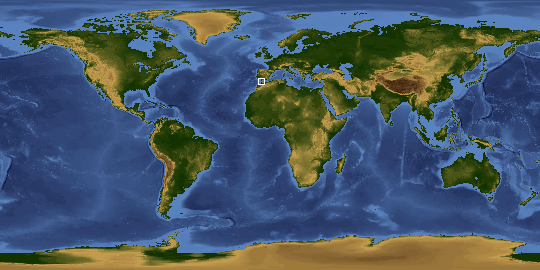 Other options available:
Download Packaged File
Download a Google Earth KML for this Image
View photo footprint information
Image Caption: View of the Straits of Gibraltar from the
northeast. The Rock of Gibraltar forms the sharp spine at
the western end of the Straits. Sunglint highlights the
land/sea boundary and also displays internal waves and other
ocean features. The internal waves are set up by surface
tidal flow that runs in the opposite direction to submarine
currents that flow over the sill separating the
Mediterranean Sea from the Atlantic Ocean. The Straits were
the classical "Pillars of Hercules", the mythical end of the
world, although Cadiz outside the Pillars was settled by
Mediterranean traders at least a thousand years before
Christ.