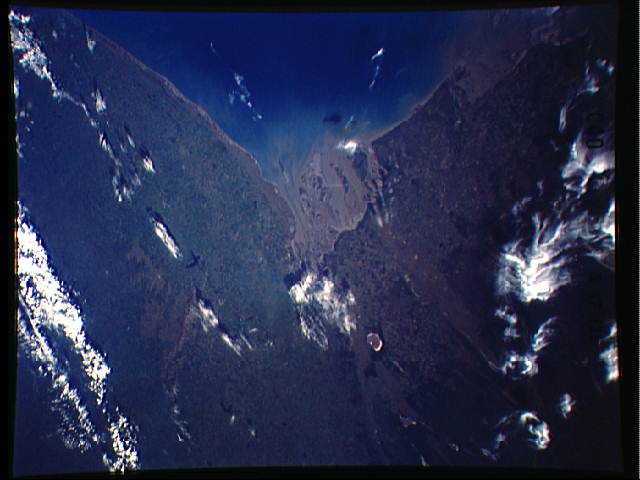 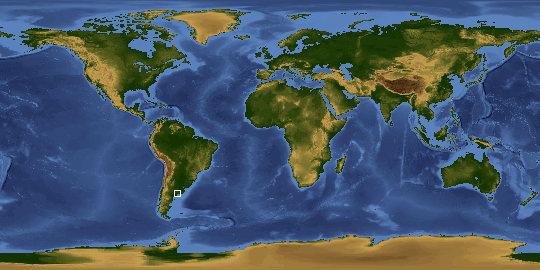 Argentina's main coastal port (the others all lie in the estuary
of the La Plata River) is Baha Blanca, 400 miles (640 km)
southwest of the great capital city of Buenos Aires. Although
Bahia Blanca is difficult to identify from low Earth orbit (ar-
rows), it lies at the head of Baha Blanca Bay, a dominant feature
of the Patagonian coastline. Easier to see is the oval feature
west of the city: this is Salinas Chicas, a dry lake, of which
there are many in this semiarid part of Argentina. Fishing,
manufacture, and tourism are important activities for Baha Blan-
ca, which is also a petroleum center since it lies on the natural
gas pipeline from Comodoro Rivadavia. The only other coastal city
which rivals Baha Blanca in size is Mar del Plata, a famous tour-
ist city 300 miles (480 km) south of Buenos Aires which grows
larger than Baha Blanca during the holiday season.(STS017-41-099,
STS41G-121-040)