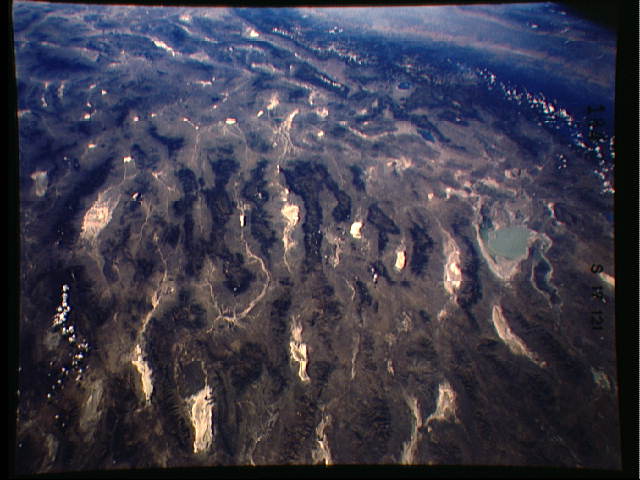 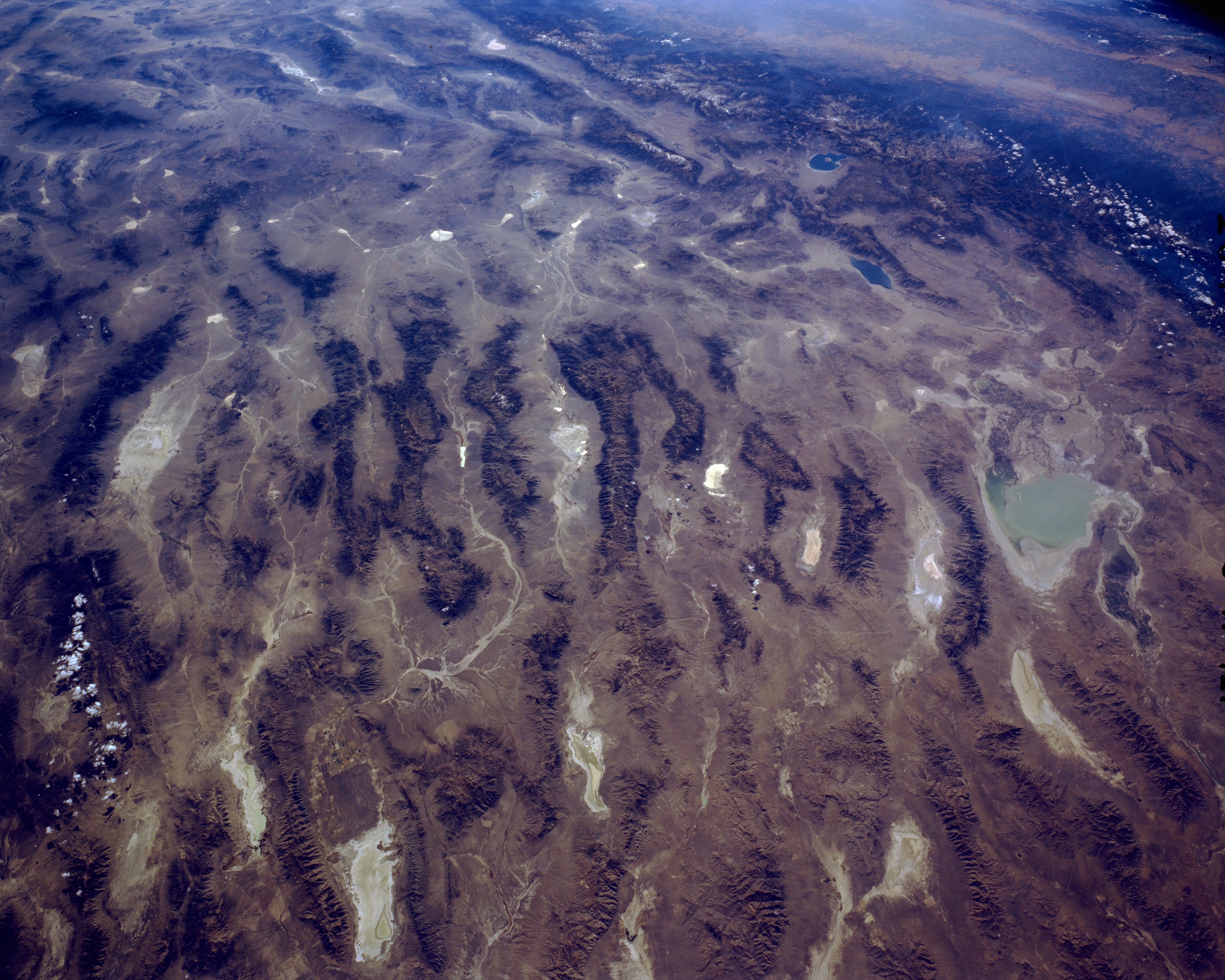 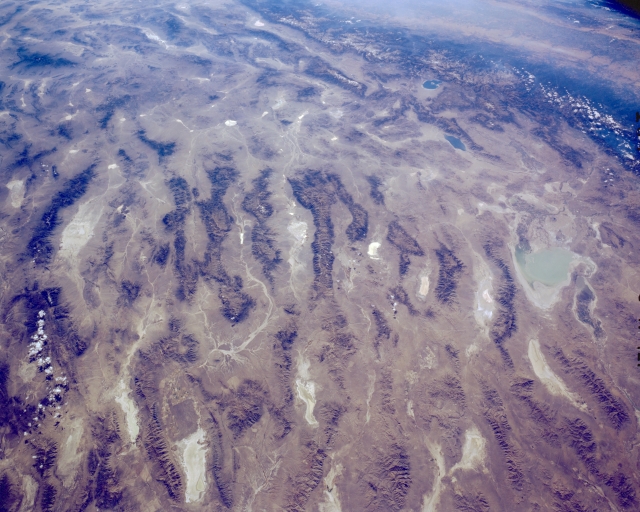 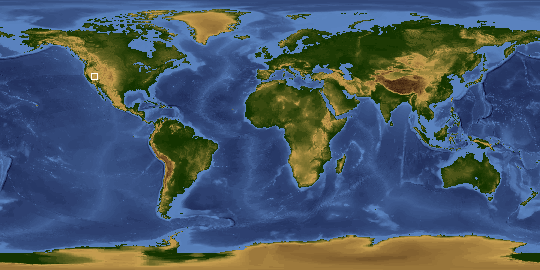 Other options available:
Download Packaged File
Download a Google Earth KML for this Image
View photo footprint information
Image Caption: STS41G-121-0184 Basin and Range Province, Nevada, U.S.A. October 1984
Part of the intermontane basin region of central Nevada, known as the basin and range area, is featured in this panoramic, southwest-looking photograph. Apparent are long, dark, roughly parallel mountains spanning the center of the photograph, extending from the Stillwater Range immediately east of Carson Sink (near the middle right edge of the photograph) to Grant Range (near the left edge of the photograph). Interior drainage is a dominant feature of this landscape. The white features visible in most of the valleys are dry lakes (playas), typical of which is Alkali Flats, a highly reflective, salt-encrusted dry lake, southwest of which are Walker Lake (Nevada) and Mono Lake (California). Parts of the Sierra Nevada Mountains and San Joaquin Valley in California are visible at the top right of the photograph.