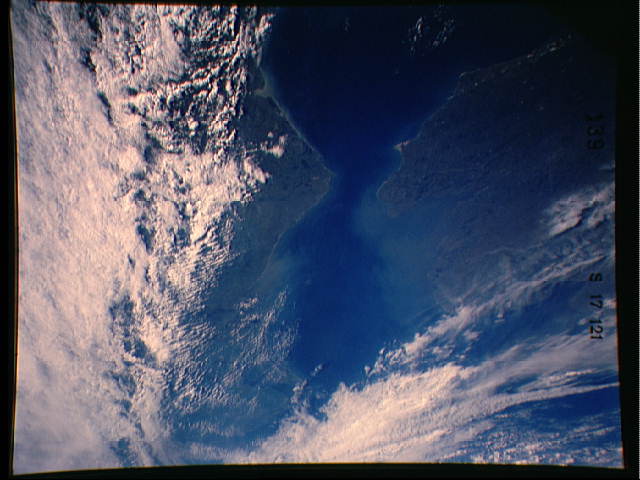 Other options available:
Download Packaged File
Download a Google Earth KML for this Image
View photo footprint information
Image Caption: The cloud covered earthscape of Northern Europe demonstrates the difficulty of photographing this elusive subject from space. The English Channel (51.0N, 1.5E) separating the British Islands from Europe is in the center of the scene. The white cliffs of Dover on the SE coast of the UK, the Thames River estuary and a partial view of the city of London can be seen on the north side of the Channel while the Normandy coast of France is to the south.