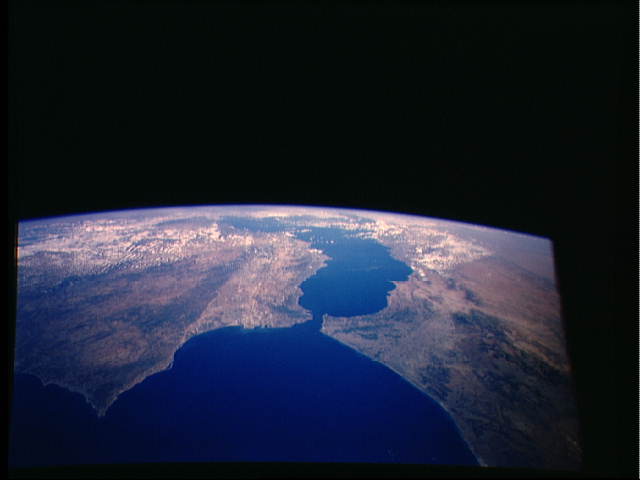 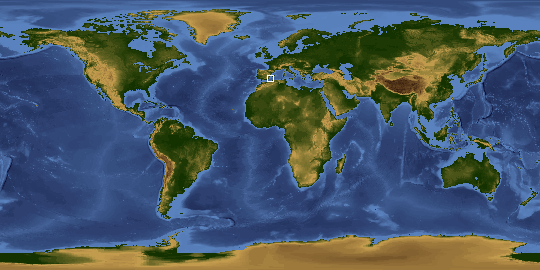 Other options available:
Download Packaged File
Download a Google Earth KML for this Image
View photo footprint information
Image Caption: The Strait of Gibraltar (36.0N, 5.5W) as seen from the mid Atlantic looking due east into the world of the Mediterranean. In this one panoramic scene, it is apparent how the Strait, known since ancient times as the gates of Hercules, has been a boundry between the old and the new world as well as between Europe to the north and Africa to the south.