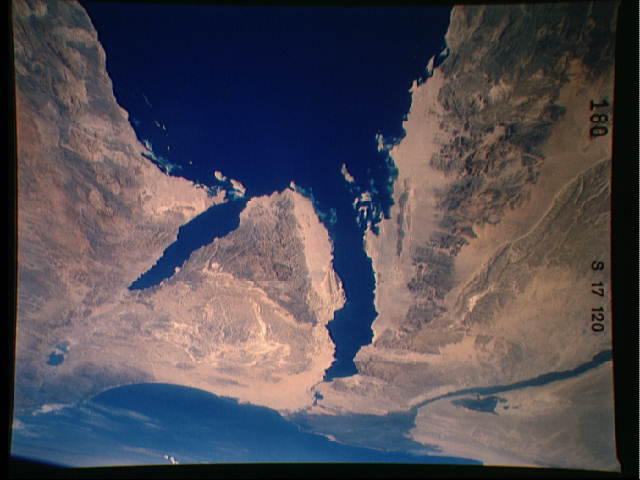 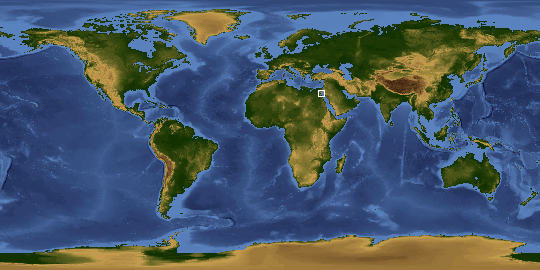 Other options available:
Download Packaged File
Download a Google Earth KML for this Image
View photo footprint information
Image Caption: An excellent panoramic view of the entire Sinai Peninsula (29.0N, 34.0E) and the nearby Nile River Delta and eastern Mediterranean coastal region. The Suez Canal, at the top of the scene just to the right of the Delta, connects the Mediterranean Sea with the Gulf of Suez on the west side of the Sinai Peninsula and the Gulf of Aqaba is on the west where they both flow into the Red Sea. At upper right, is the Dead Sea, Jordan River and Lake Tiberius.