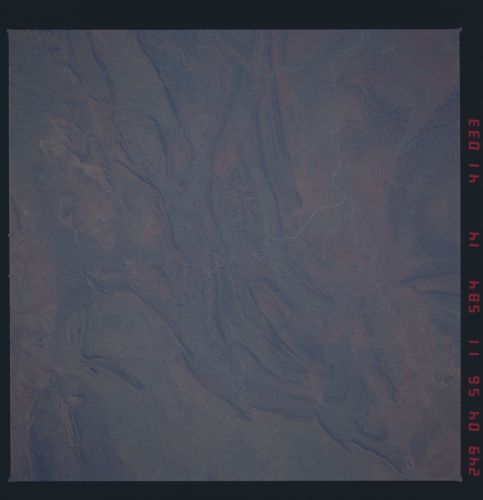 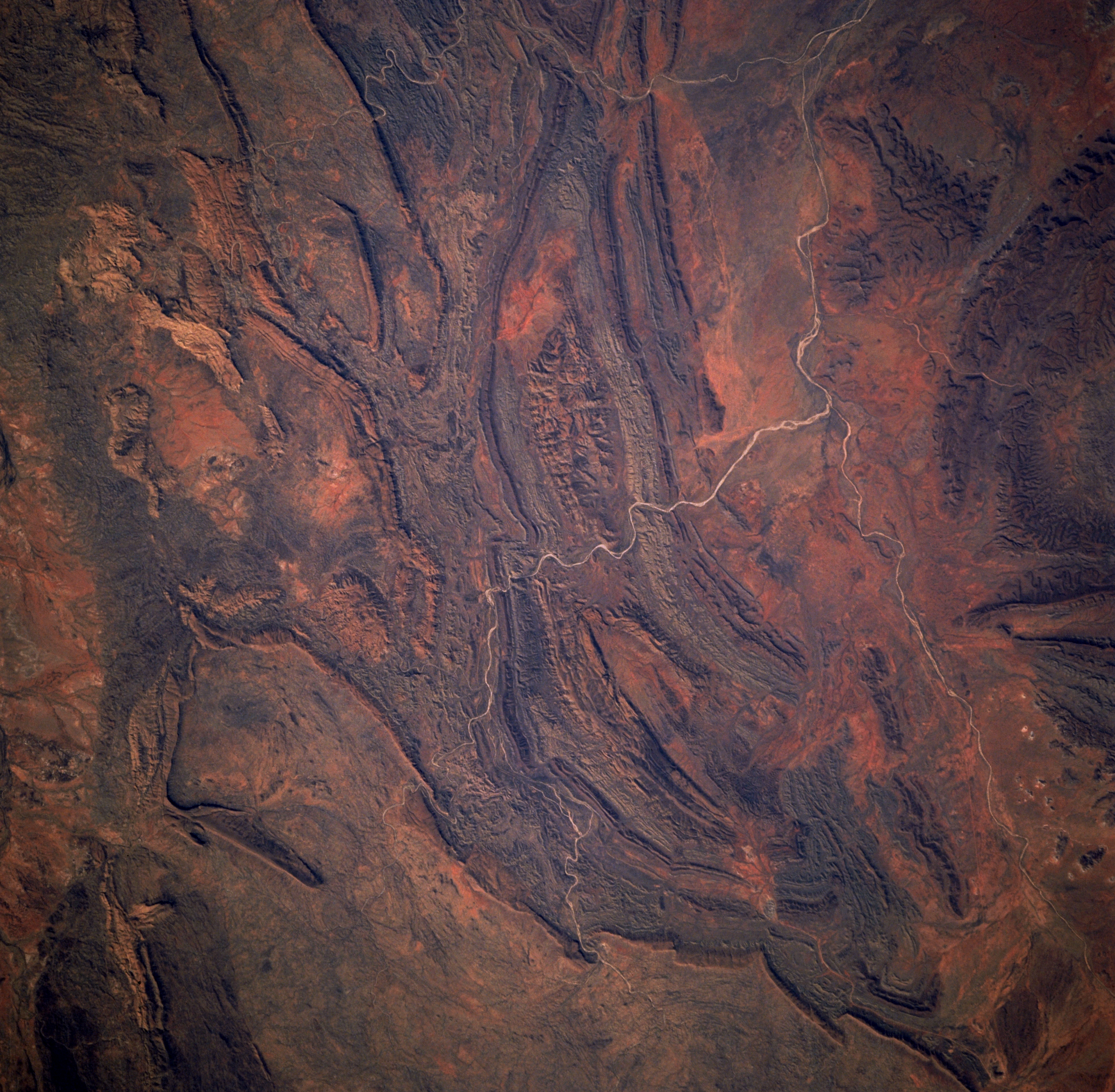 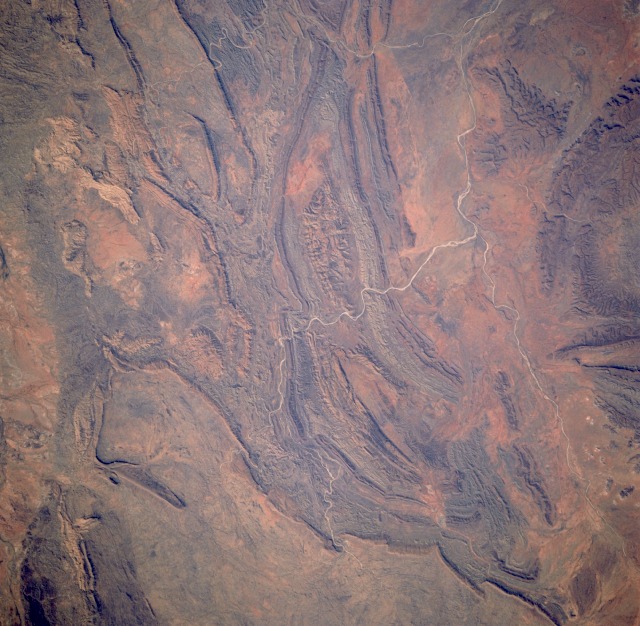 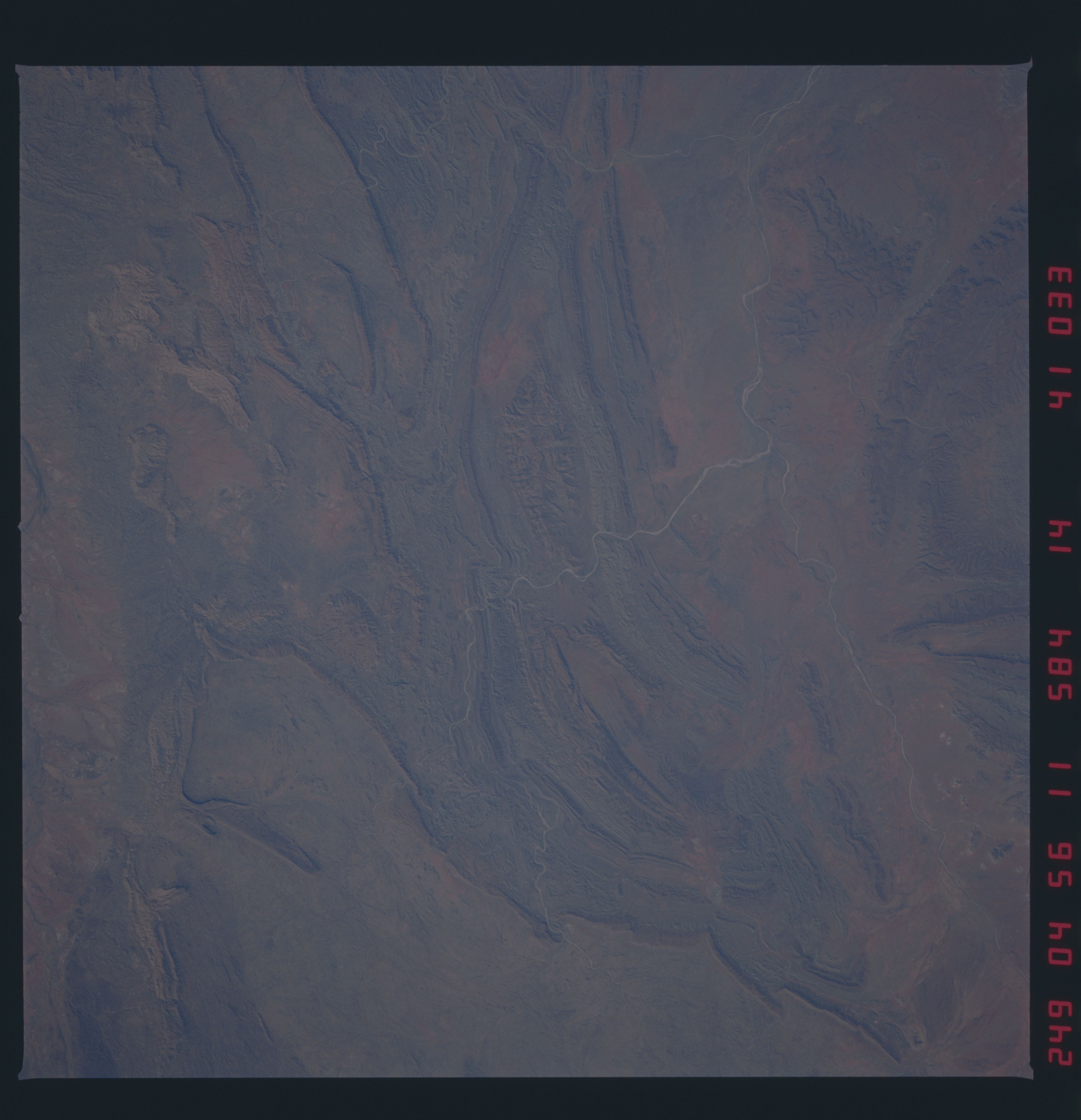 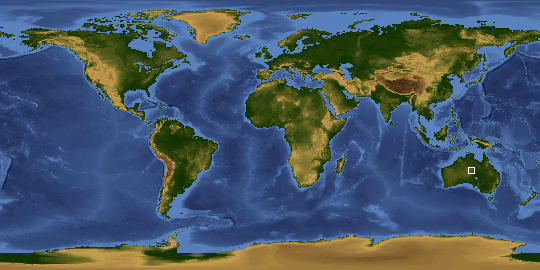 Other options available:
Download Packaged File
Download a Google Earth KML for this Image
View photo footprint information
Download a GeoTIFF for this photo
Image Caption: STS41D-41-0033 MacDonnell Ranges, Northern Territory, Australia September 1984
The Todd River transects the northeastern part of the folded MacDonnell Ranges in the area east of Alice Springs. The main channel is barely visible as it cuts through a valley near the bottom of the picture. Two generally south-flowing tributaries of the Todd River can also be seen; the westernmost tributary is the more reflective stream bed near the center of the image. All of these desert streams are ephemeral. Mount Laughlen at 3827 feet (1166 meters) above sea level is north of the westernmost tributary, slightly above the center of the image.