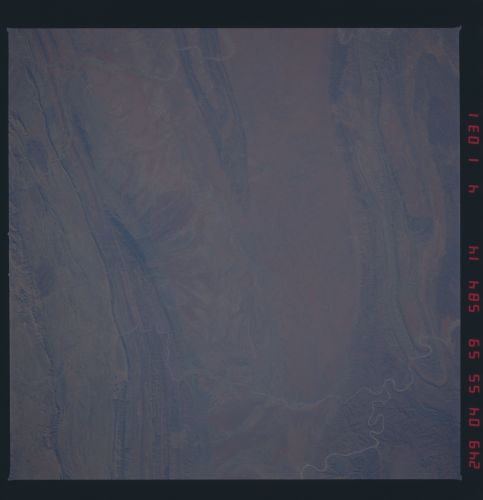 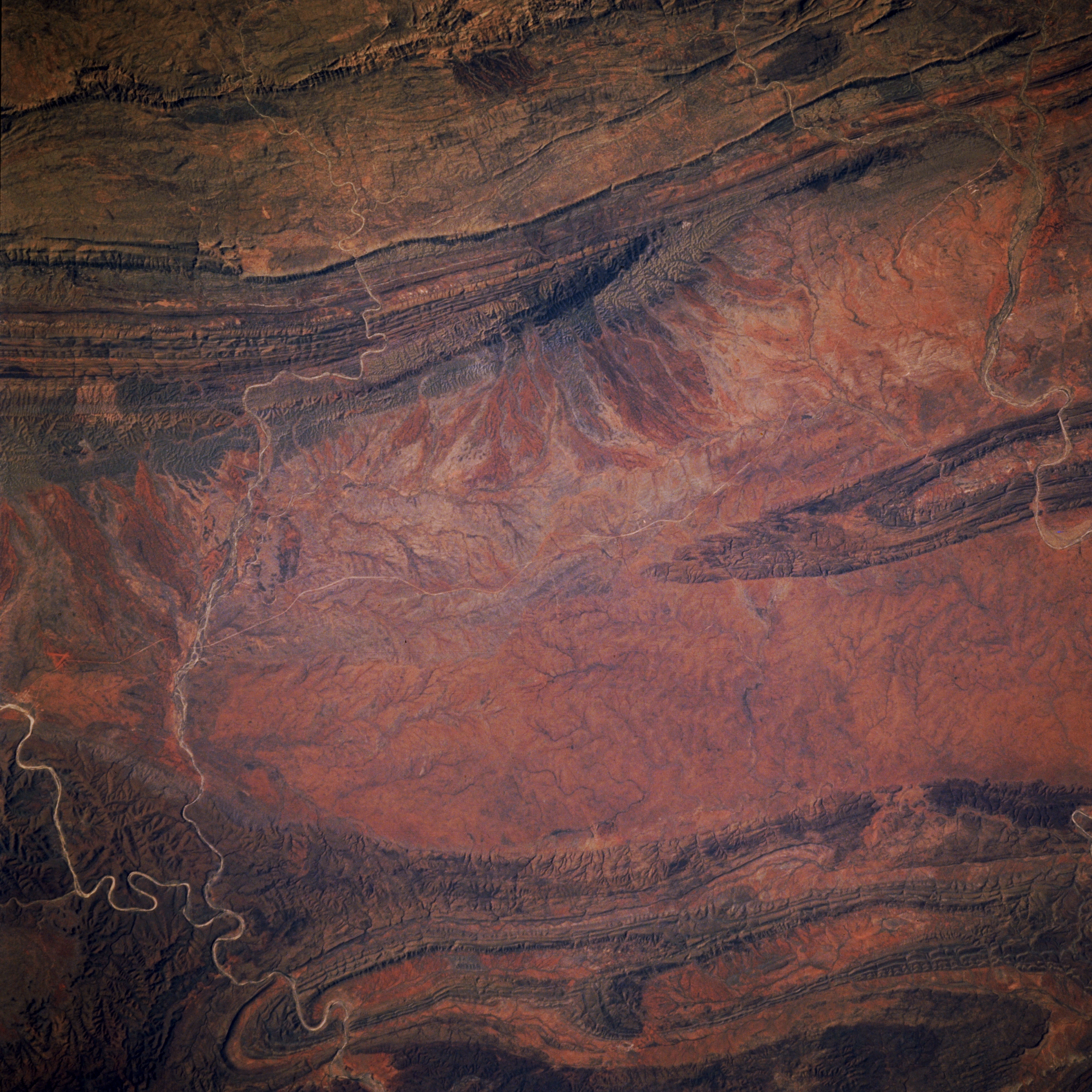 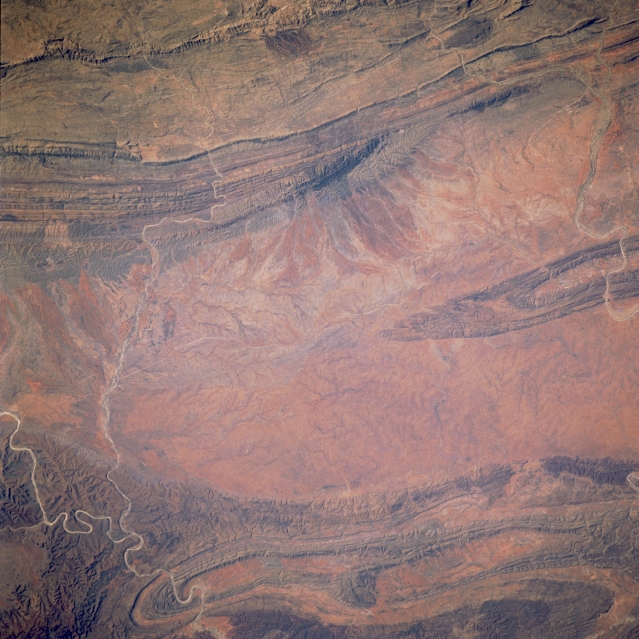 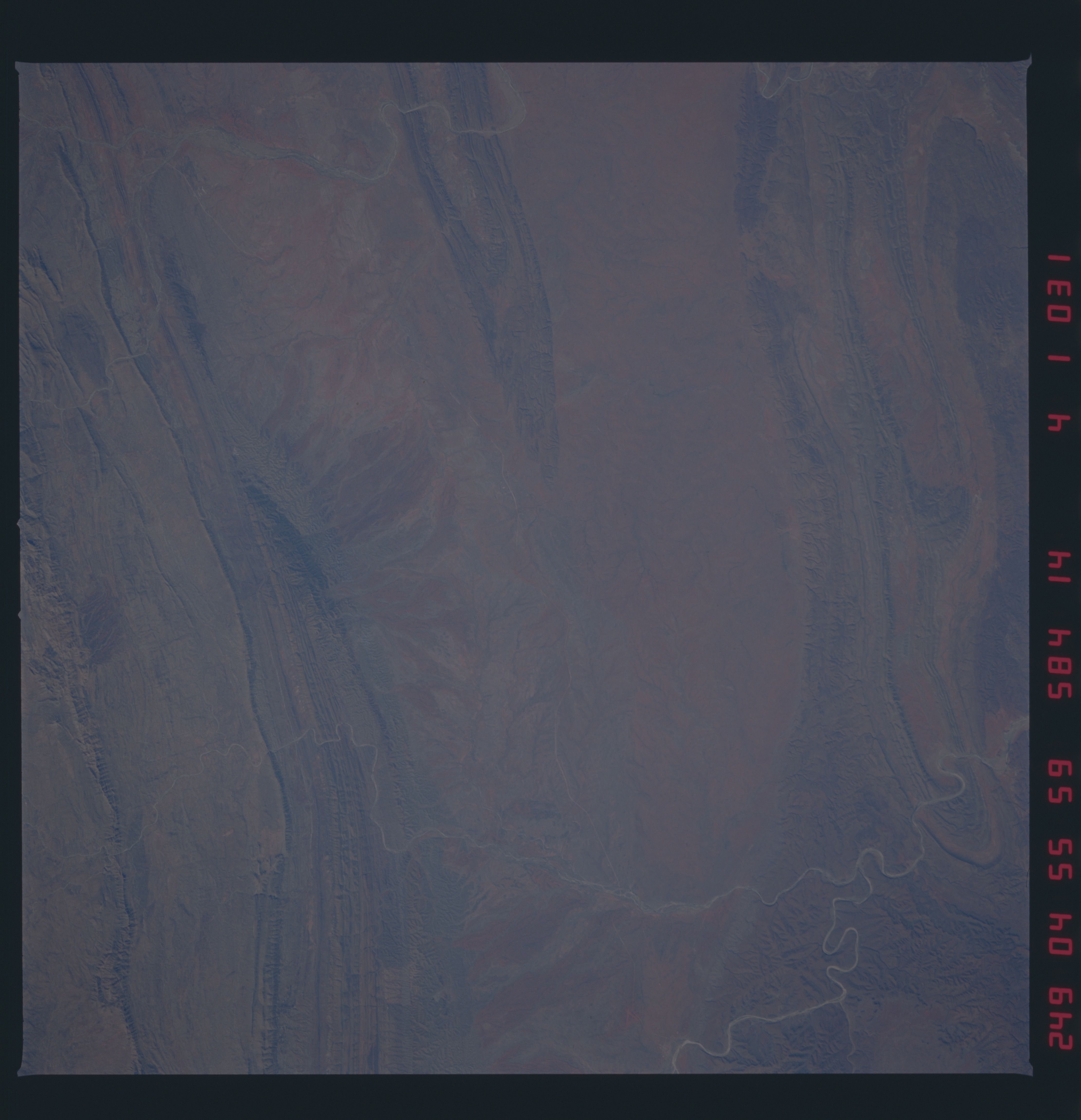 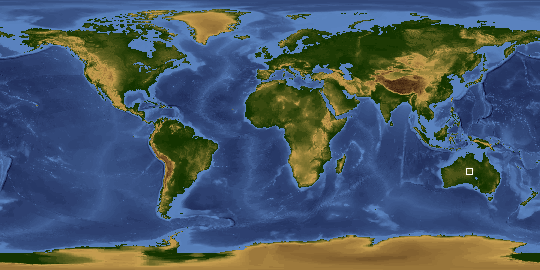 Other options available:
Download Packaged File
Download a Google Earth KML for this Image
View photo footprint information
Image Caption: STS41D-41-0031 MacDonnell Ranges, Northern Territory, Australia September 1984
The western (left) side of this image overlaps with a small geographic area on image STS41D-41-029, specifically the Finke River (bottom left). Ellery Creek, a small ephemeral stream and a tributaryof the Finke River, can also be traced across this desert terrain to its confluence with the Finke River at lower left. The plains between the MacDonnell Ranges (north) and the James/Krichauff Ranges (south) widen from west to east. The channel of Hugh Creek,another ephemeral stream, is visible in the upper right quadrant of the picture. Because of the lack of vegetation, folds in the bedrock strata can be traced over tens of kilometers.