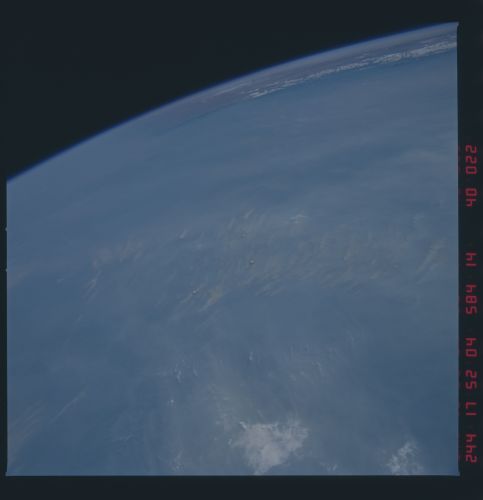 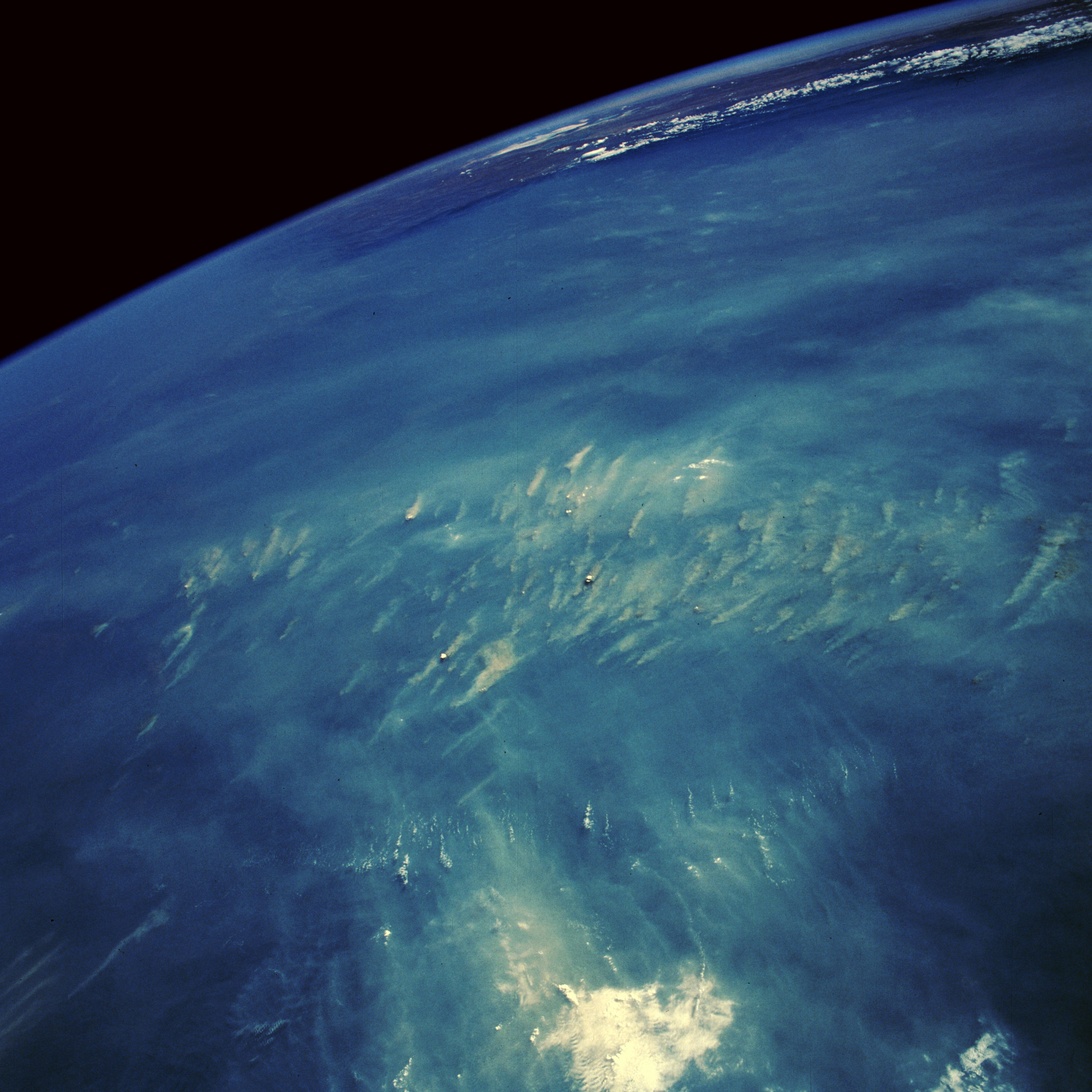 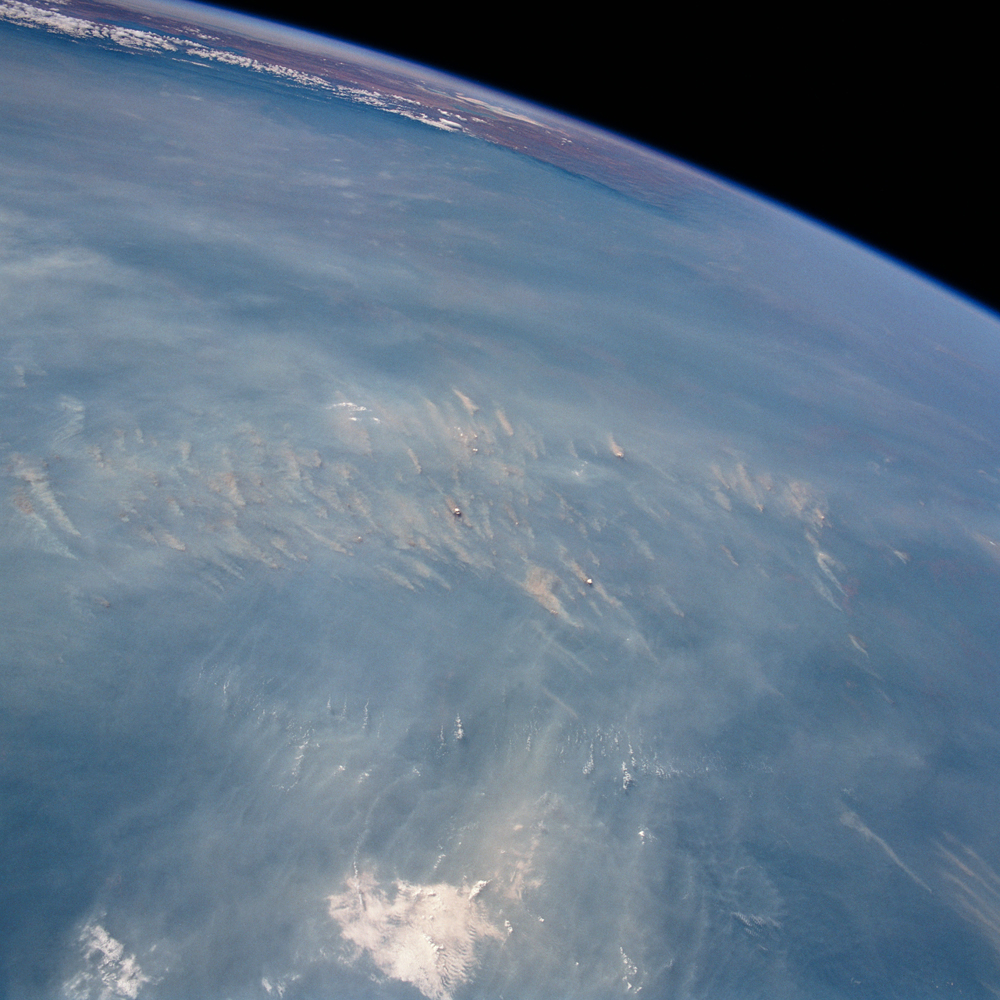 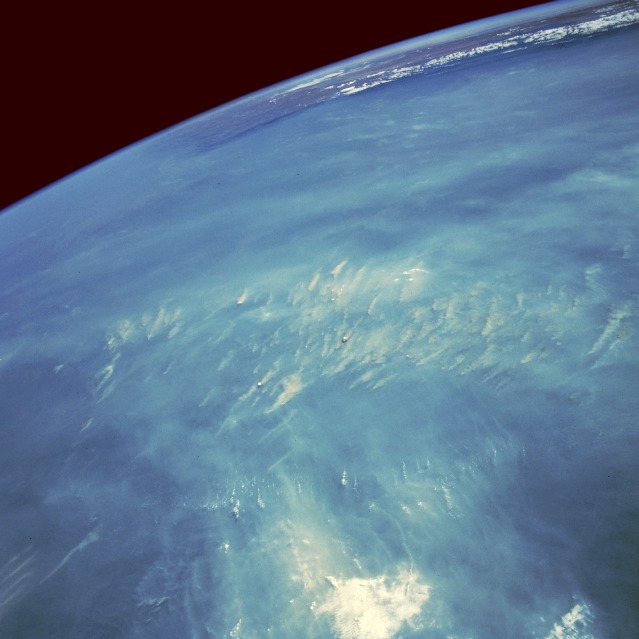 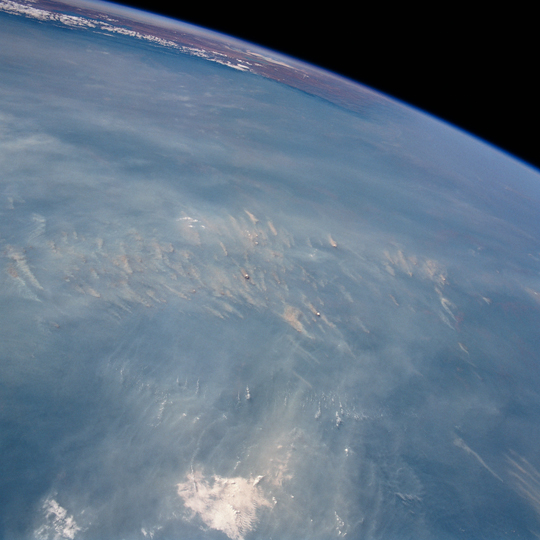 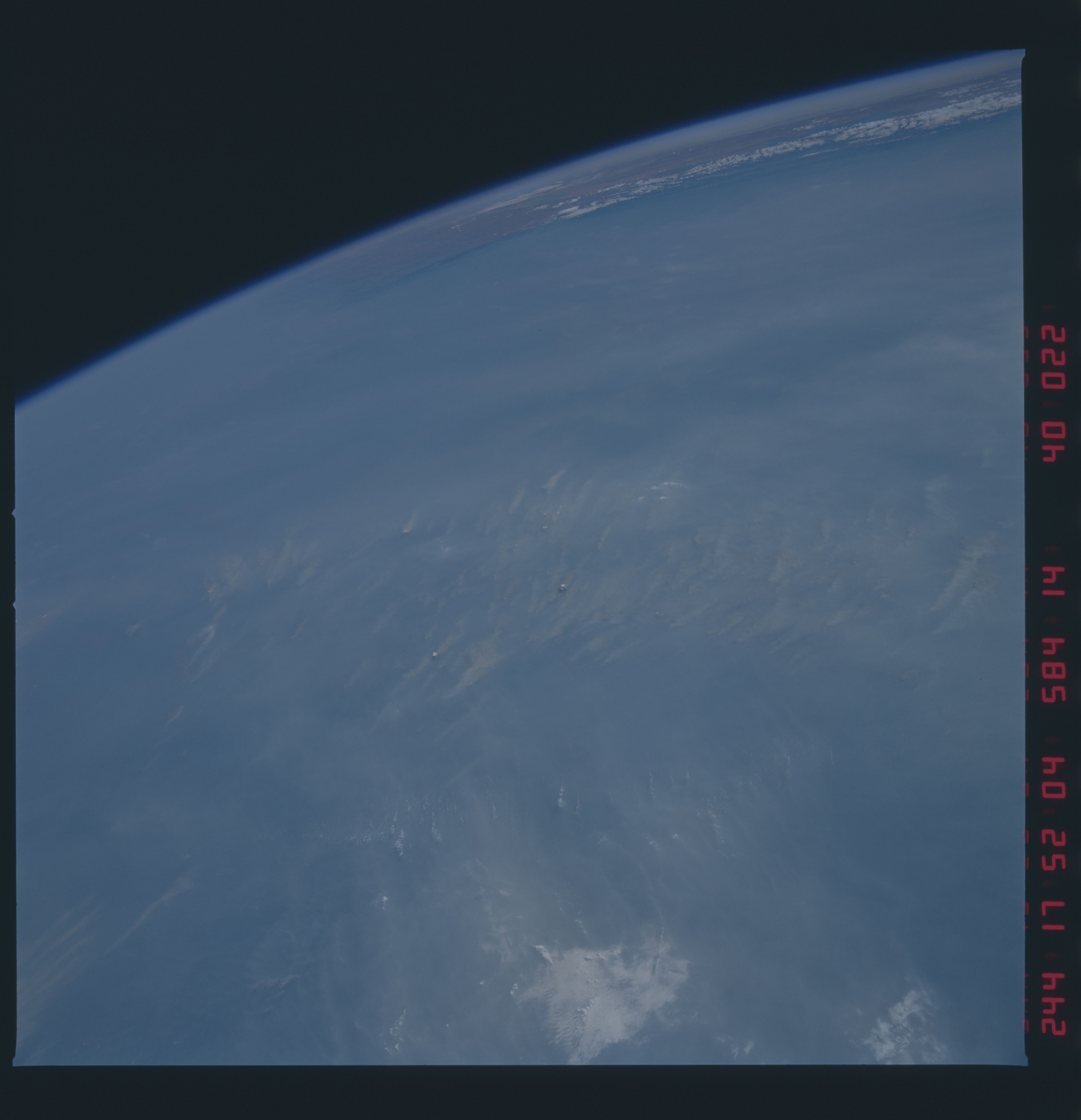 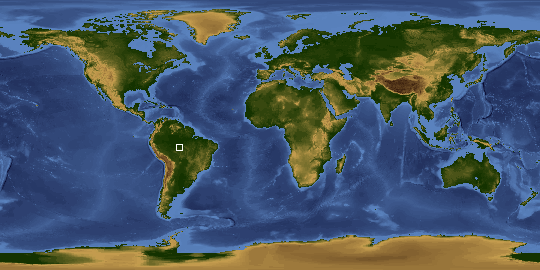 Other options available:
Download Packaged File
Download a Google Earth KML for this Image
View photo footprint information
Download a GeoTIFF for this photo
Image Caption: STS41D-40-22 Fires and Smoke, Rondonia, Brazil September 1984
Space Shuttle astronauts sometimes photograph major smoke palls (primarily in the equatorial belt) where "slash-and-burn" techniques are used to clear land for agricultural purposes--for raising crops or for developing pastureland for cattle. This photograph documents numerous smoke plumes, which represent destruction of part of the Amazon rain forest in the State of Rondonia in western Brazil. During the last several decades, worldwide slash-and-burn practices have been exacerbated by population pressures to expand into virgin tropical woodland. Peak burning periods occur during the dry season, which for this Southern Hemisphere region is June through September. Visible near the horizon are the Andes Mountains of Bolivia, which provide a natural barrier so that little dense smoke reaches the altiplano of southern Peru and Bolivia; only valleys and canyons along the eastern slopes of the Andes are impacted by this periodic, widespread burning.