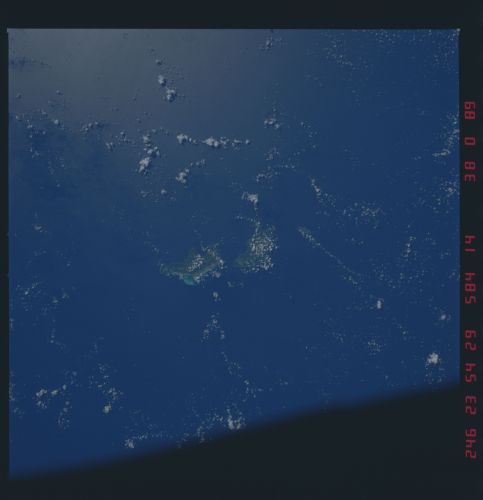 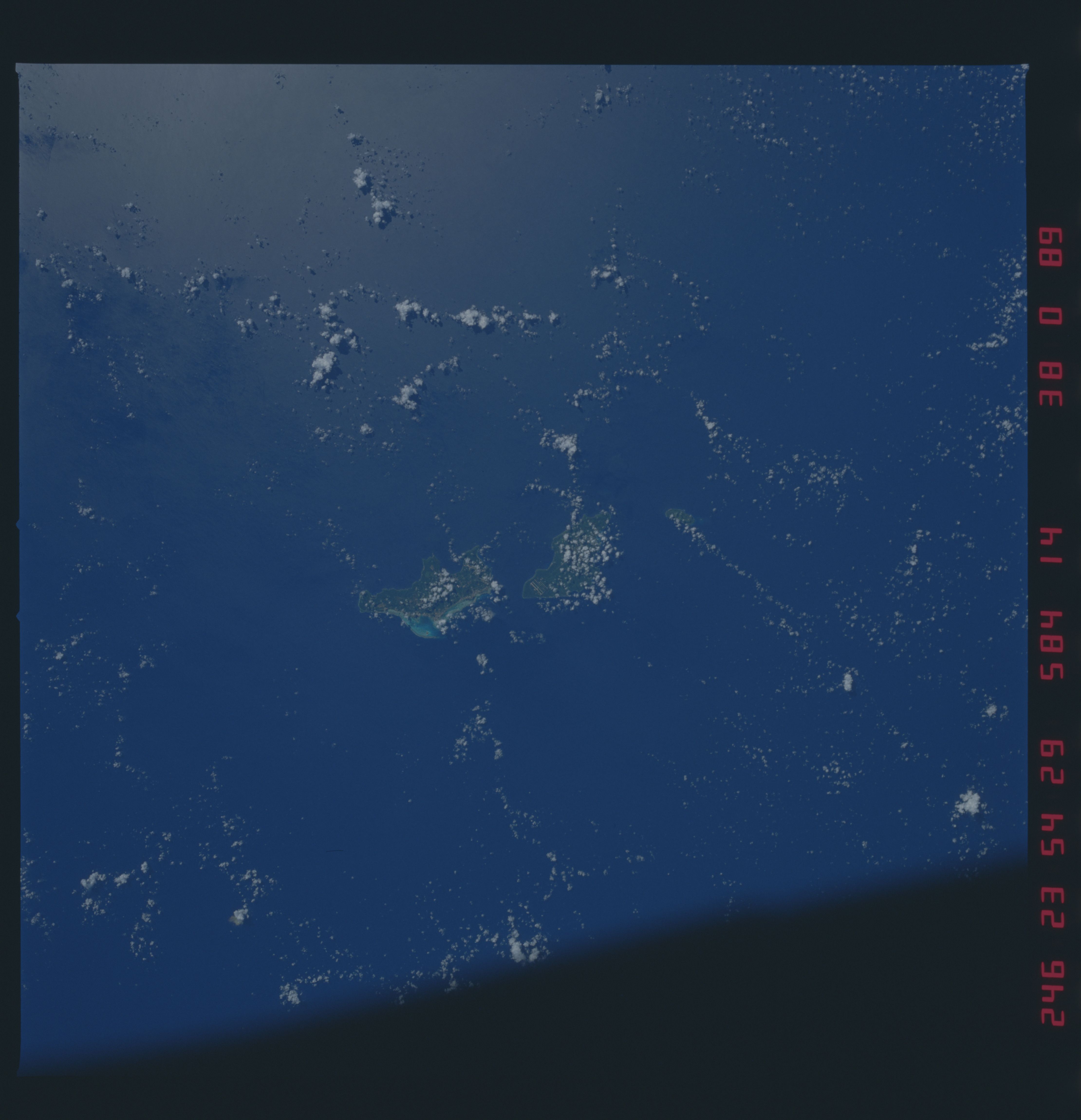 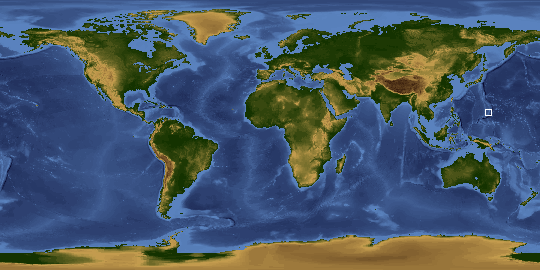 An abandoned airstrip can be seen on north Tinian (1). This is
where the planes which dropped the atomic bombs on Nagasaki and
Hiroshima took off. To the north is Saipan (2). The elevation of
Saipan reaches over 900 feet at the northern end of the island.
There is a well-developed reef on the western side of the island
(3), and lots of WWII debris (parts of planes, shells) along the
beaches and in the brush in the interior of the island. (41D-38-
89)