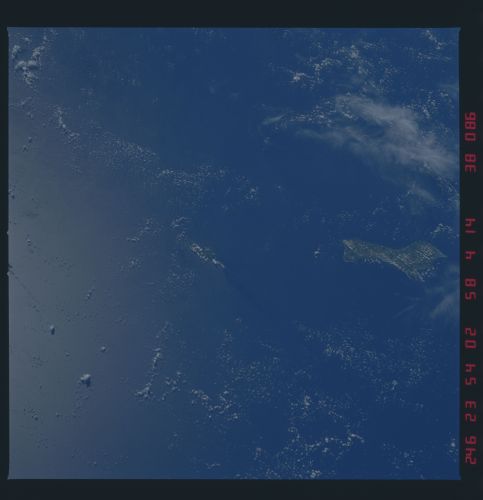 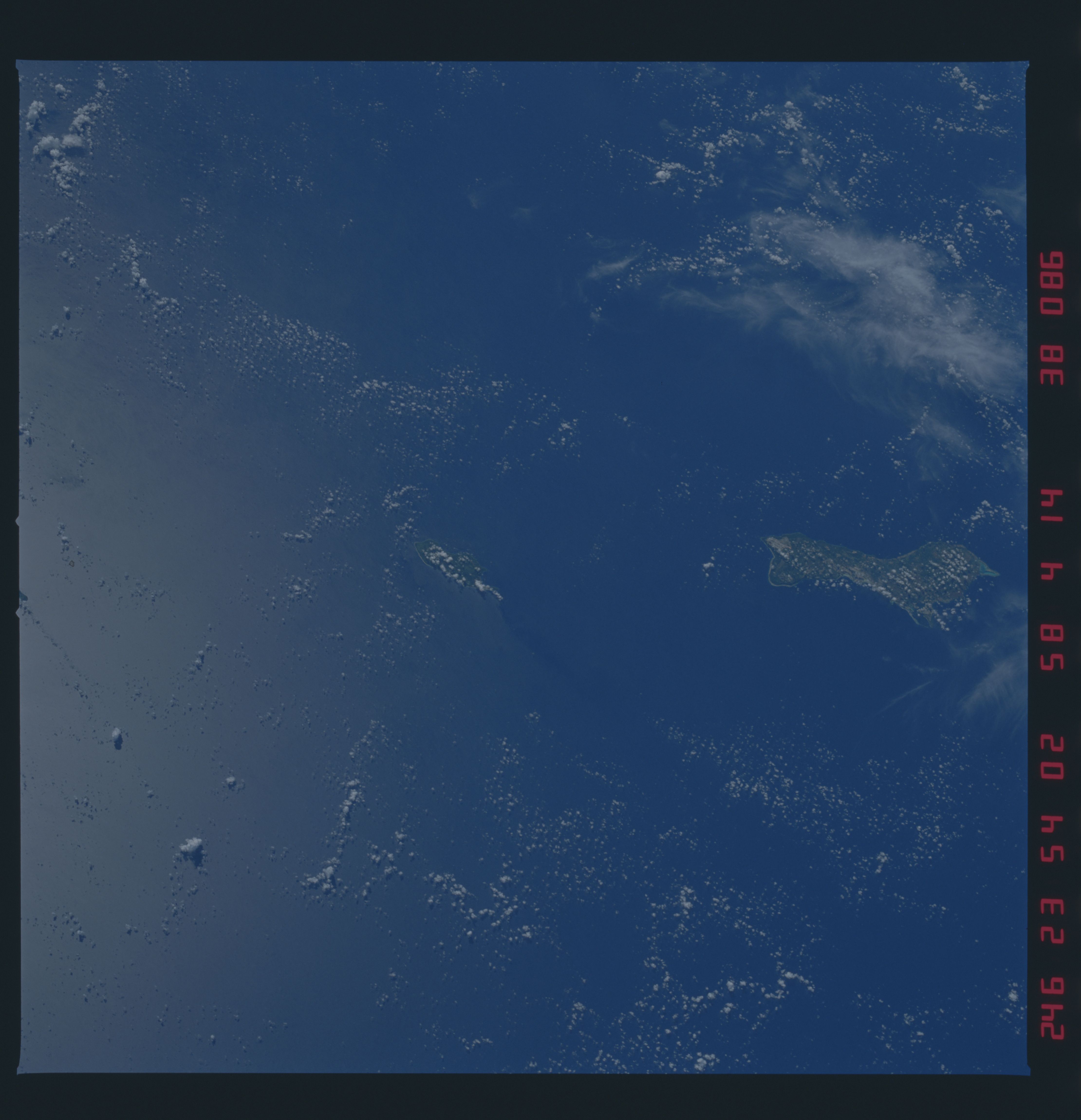 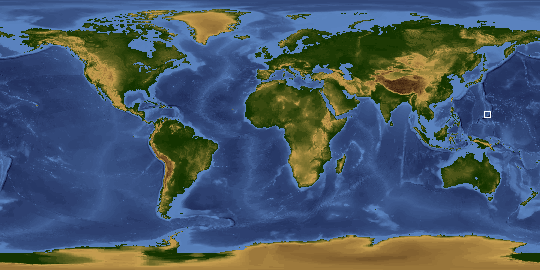 Guam (1) is a frequent stopover for all sorts of trans-Pacific
travel. The northern part of the island is a high plateau. The
southern part of the island is made up of high volcanic hills
covered in sword grass. The island has been uplifted throughout
the Pleistocene. The enclosed harbor of Agana and two of the
several airstrips on the island can be seen at (2), (3), and (4).
The only good reef development is at the southern tip of Guam
(5). An island wake (6) which is parallel to the wind direction
can be seen in the surface waters west of Rota (7). (41D-38-86)