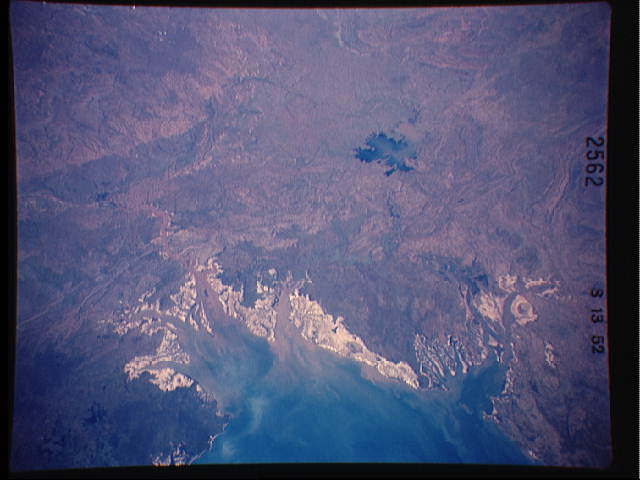 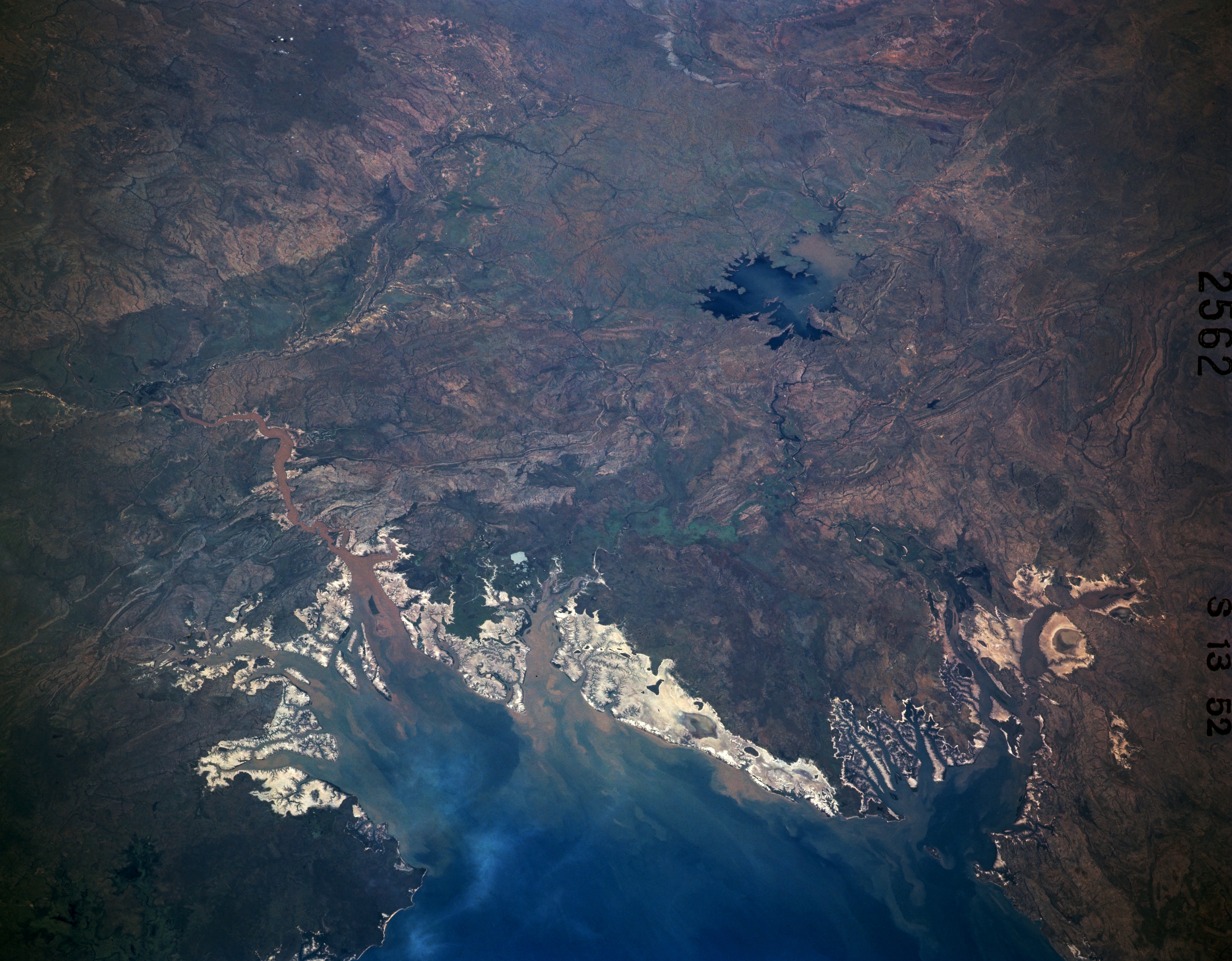 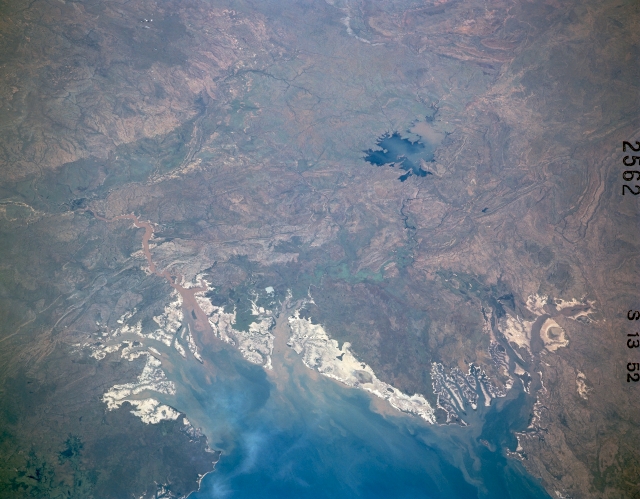 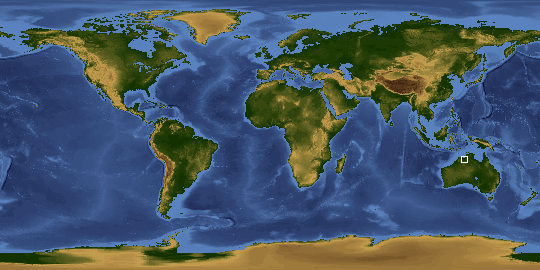 Other options available:
Download Packaged File
Download a Google Earth KML for this Image
View photo footprint information
Download a GeoTIFF for this photo
Image Caption: STS41C-52-2562 Joseph Bonaparte Gulf, Northern Territory, Australia April 1984
The blue water of southeastern Joseph Bonaparte Gulf contrasts dramatically with the highly reflective tidal flats and marshy coastline of the Northern Territory and Western Australia. High reflectivity is a visual characteristic of the sandy, salty coastal zone of northern Australia. The sediment-laden Victoria River flows through Queens Channel and into Joseph Bonaparte Gulf (lower left quadrant). The West Baines River, a tributary of the Victoria, can also be traced southwestward as it diverges from the Victoria River. The dark blue feature near the right edge of the picture is Lake Argyle, the largest manmade lake in Australia. This lake is part of the Ord River system that flows into Cambridge Gulf (partially visible in lower right corner) in the southwest corner of Joseph Bonaparte Gulf. Most of the terrain in this image is hilly and some folded and faulted rock strata can be seen.