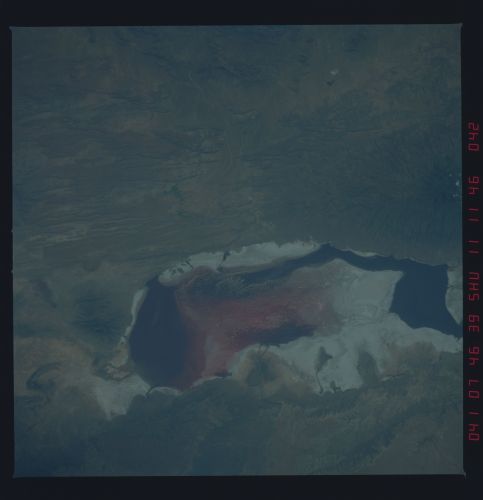 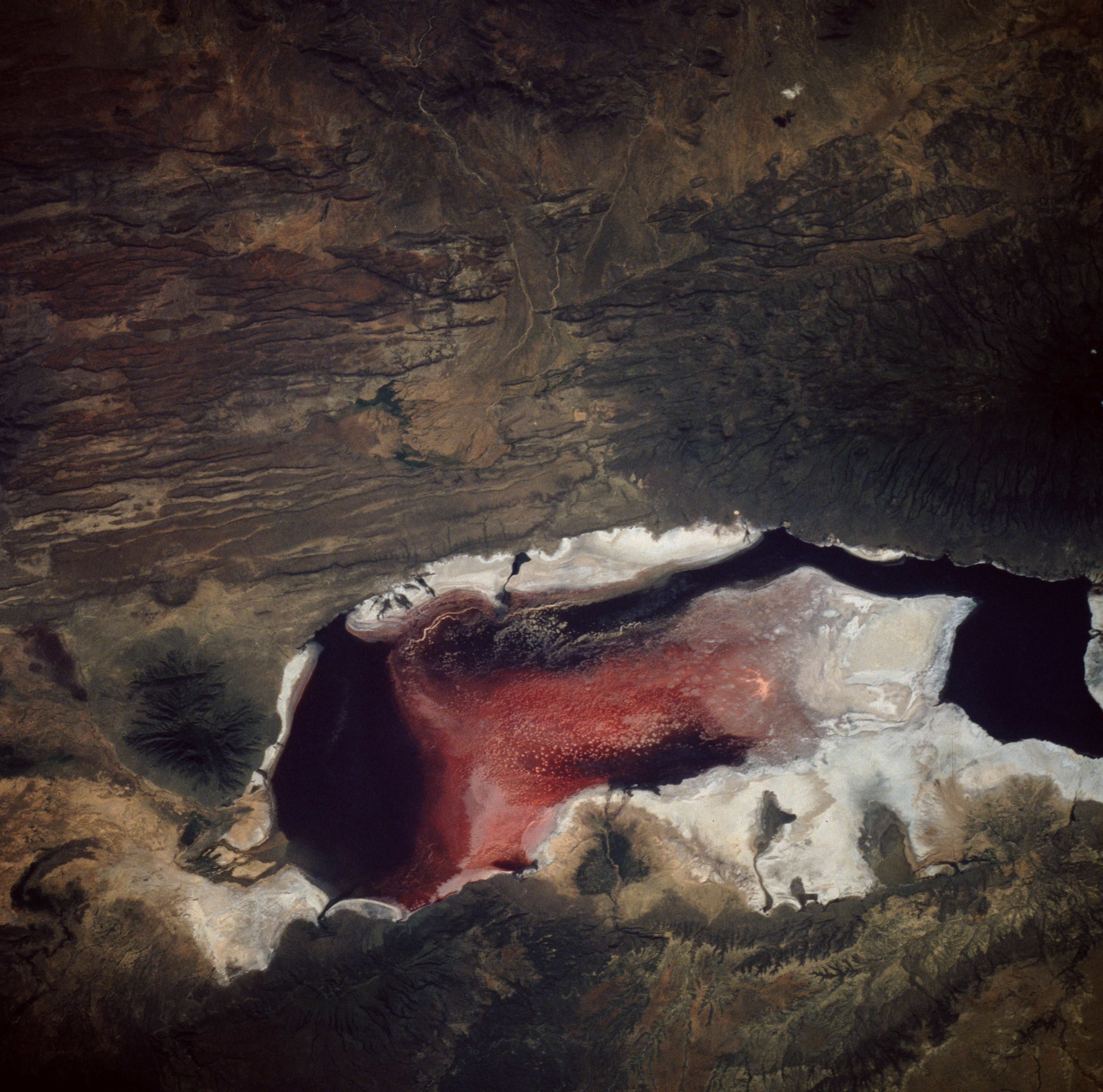 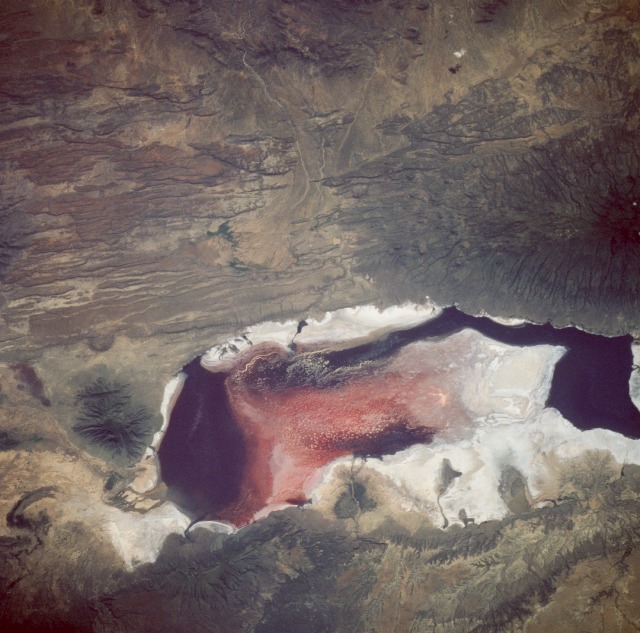 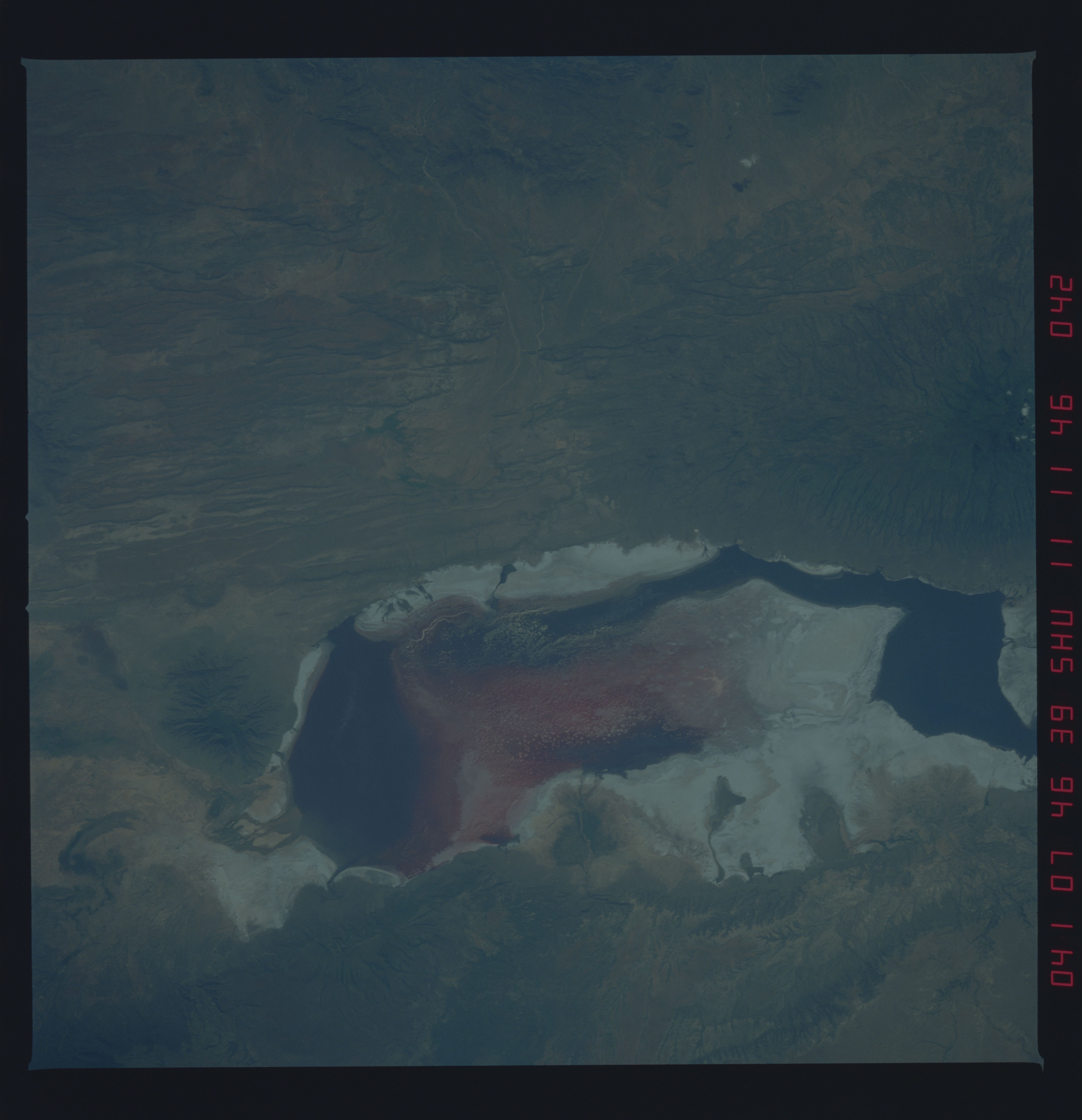 Other options available:
Download Packaged File
Download a Google Earth KML for this Image
View photo footprint information
Download a GeoTIFF for this photo
Image Caption: STS41B-46-2955 Lake Natron, Tanzania February 1984
The Great Eastern Rift Valley, a major fissure in the Earth's crust, extends from the Middle East to Mozambique in east Africa. Lake Natron, one of a series of East Africa Rift Valley lakes resulting from the rifting process, formed as a large block of the lithosphere dropped to create a graben, a trench-like depression. The lake has an exceptionally high concentration of salts and is known as a soda (sodium carbonate) lake. Natron, with its pink color that results from the pigmented microorganisms on top of the salt crust, is home to enormous flocks of flamingos that congregate to breed on the alkaline mud flats. Because the shallow lake sits at the terminus of an isolated drainage basin, evaporation determines the water level and the extent of the superficial salt crust. Visible in the photograph are a small volcano at the north end of the lake and a much larger volcano at the southeast end of the lake. The north-south trending features on either side of the lake are fault scarps that result from the east-west stretching of east Africa. (Refer to photograph STS-029-092-038, taken 5 years later, to see differences in Lake Natron.)