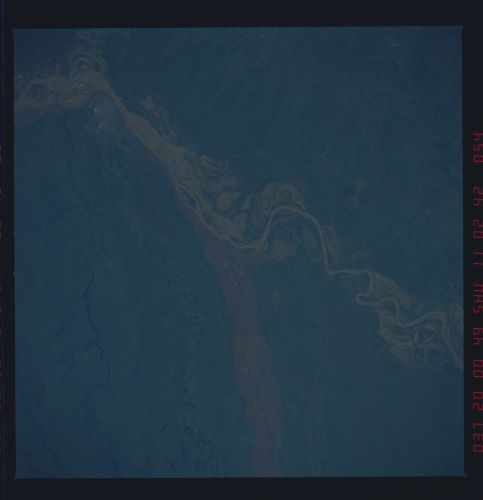 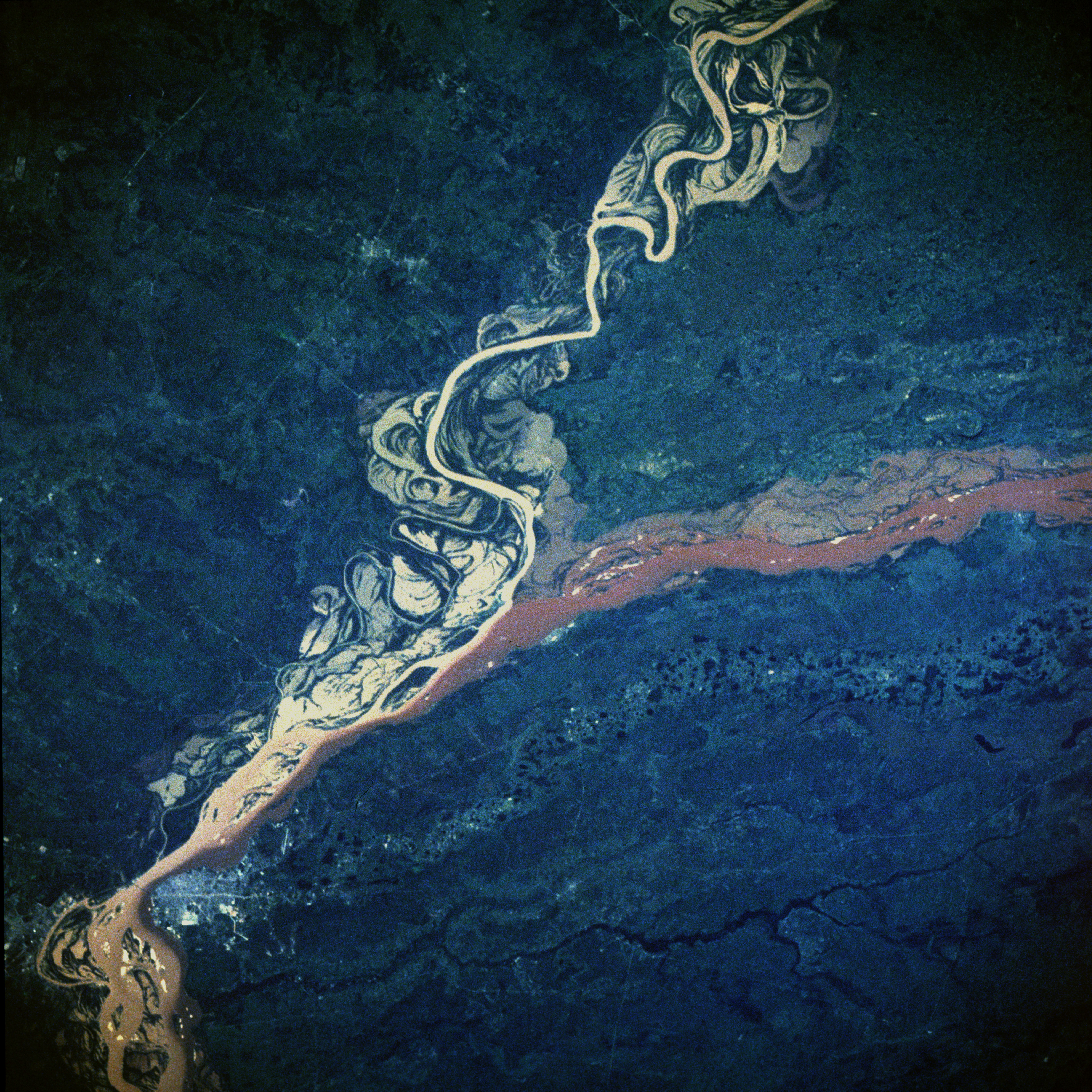 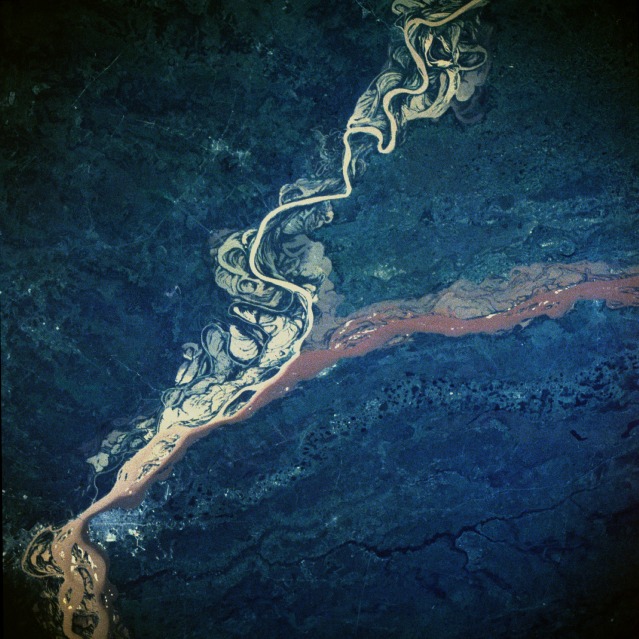 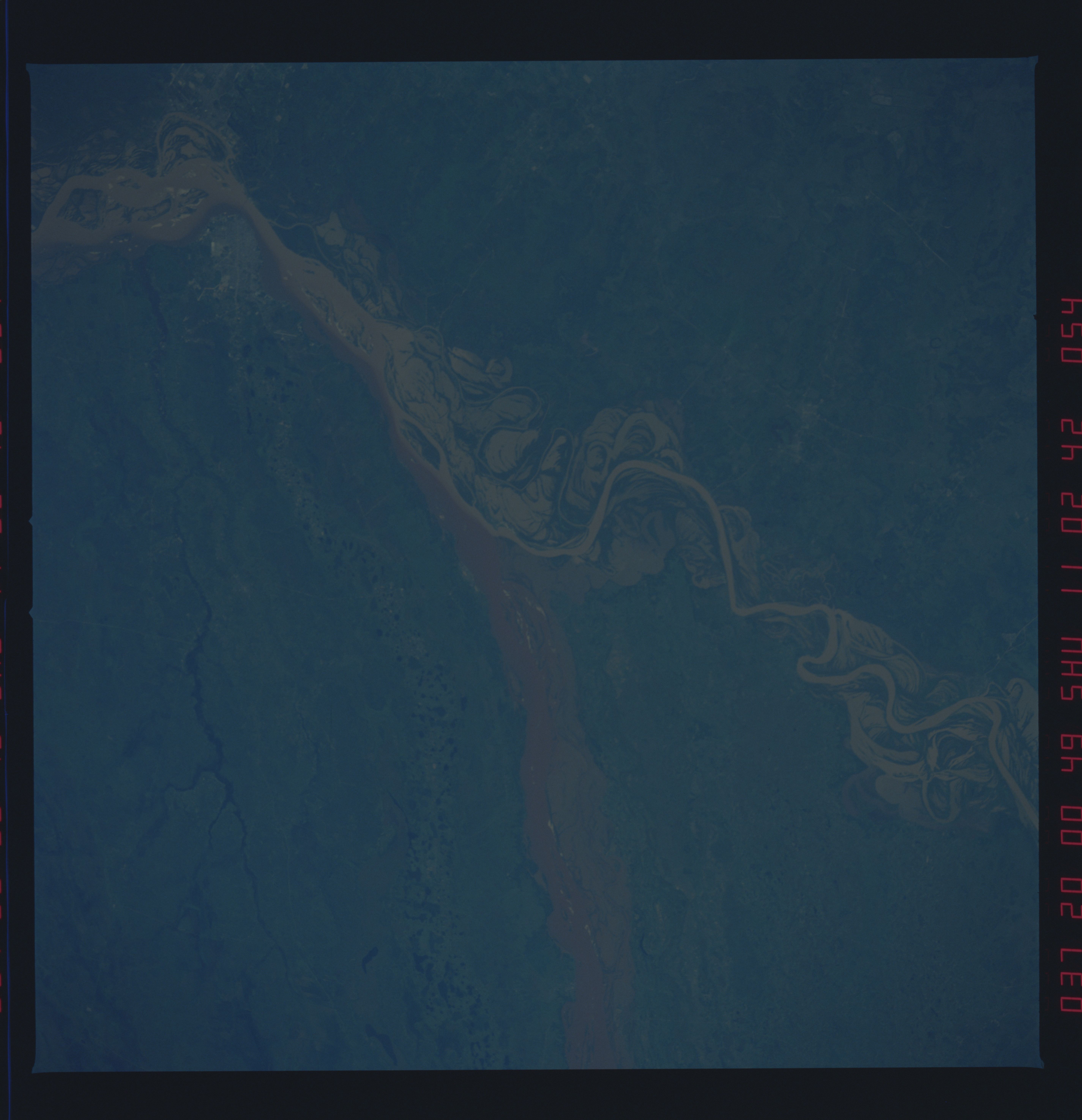 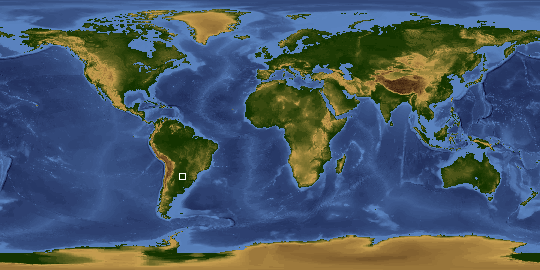 Other options available:
Download Packaged File
Download a Google Earth KML for this Image
View photo footprint information
Download a GeoTIFF for this photo
Image Caption: STS41B-42-2483 Parana River, Argentina and Paraguay February 1984
The effects of the rainy season in south-central South America are vividly documented in this near-vertical photograph of the confluence of the Parana and Paraguay Rivers northeast of the Argentine town of Corrientes. The Parana River flows westward; after merging with the Paraguay River, it begins to flow almost due south. Both rivers are sediment laden and appear to be out of their normal watercourses, thereby producing flooding conditions. The Paraguay River is characterized by the widely varying, meandering main channel; many oxbow lakes; and a tan sediment load. The Parana River has a smaller floodplain, a deeper channel, and a reddish-brown sediment load. As the two rivers merge and begin to flow southwestward, their individual sediment patterns do not mix readily, a common occurrence in which rivers with different densities of suspended particles tend to retain their individual color characteristics for many miles downstream. The Parana River, which flows approximately 2000 miles (3200 kilometers), is the second largest drainage system in South America; the Amazon River is the largest. An old river channel south of the Parana River parallels the present river channel. This much older stream channel seems to flow toward the city of Corrientes (estimated population of 200 000), the commercial center for this rich agricultural region of northeast Argentina and southwest Paraguay.