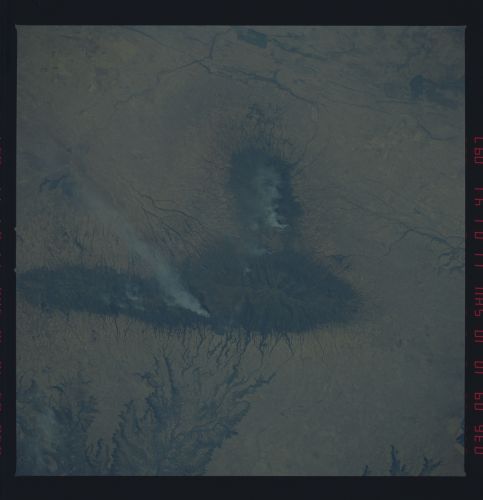 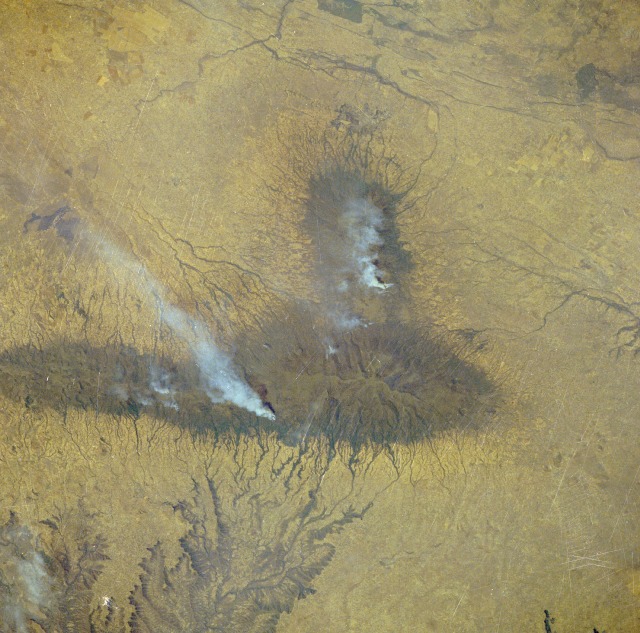 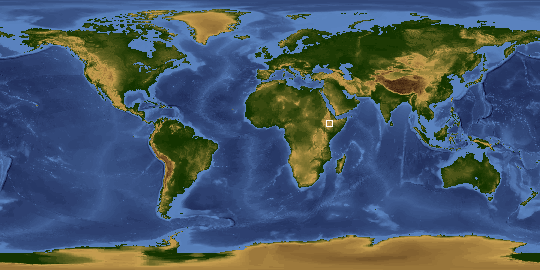 Other options available:
Download Packaged File
Download a Google Earth KML for this Image
View photo footprint information
Download a GeoTIFF for this photo
Image Caption: STS41B-041-2405 Volcanic Mountains, Ethiopia February 1984
The East African Rift Valley extends generally northeast-southwest through the midsection of Ethiopia. The extreme eastern fringe of this graben valley just east of Lake Ziway is visible along the western margin of the photograph. The entire scene, including the visually imposing volcanic mountains, is almost in the geographic center of Ethiopia. The elongated volcanic mountainous structure has several peaks that exceed 12 000 feet (3660 meters), and the circular volcano to the west with its radial drainage pattern reaches an elevation of 13 140 feet (4005 meters) above sea level. The major drainage pattern on the eastern flank of the elongated mountain flows through deep and tortuous gorges as the water heads for the deserts of Somalia. Several smoke plumes rise from the forested slopes of the mountains. Burning is probably occurring to clear more land for subsistence agriculture, which is practiced in this region.