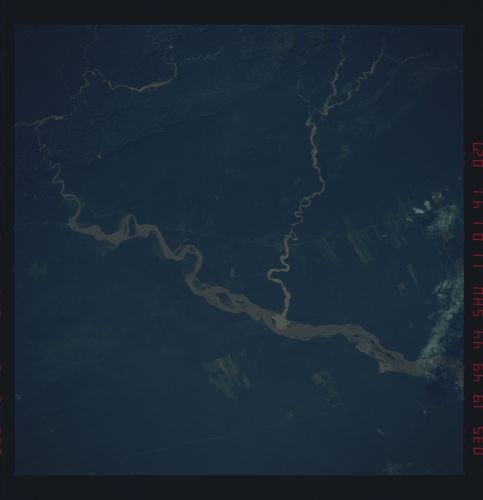 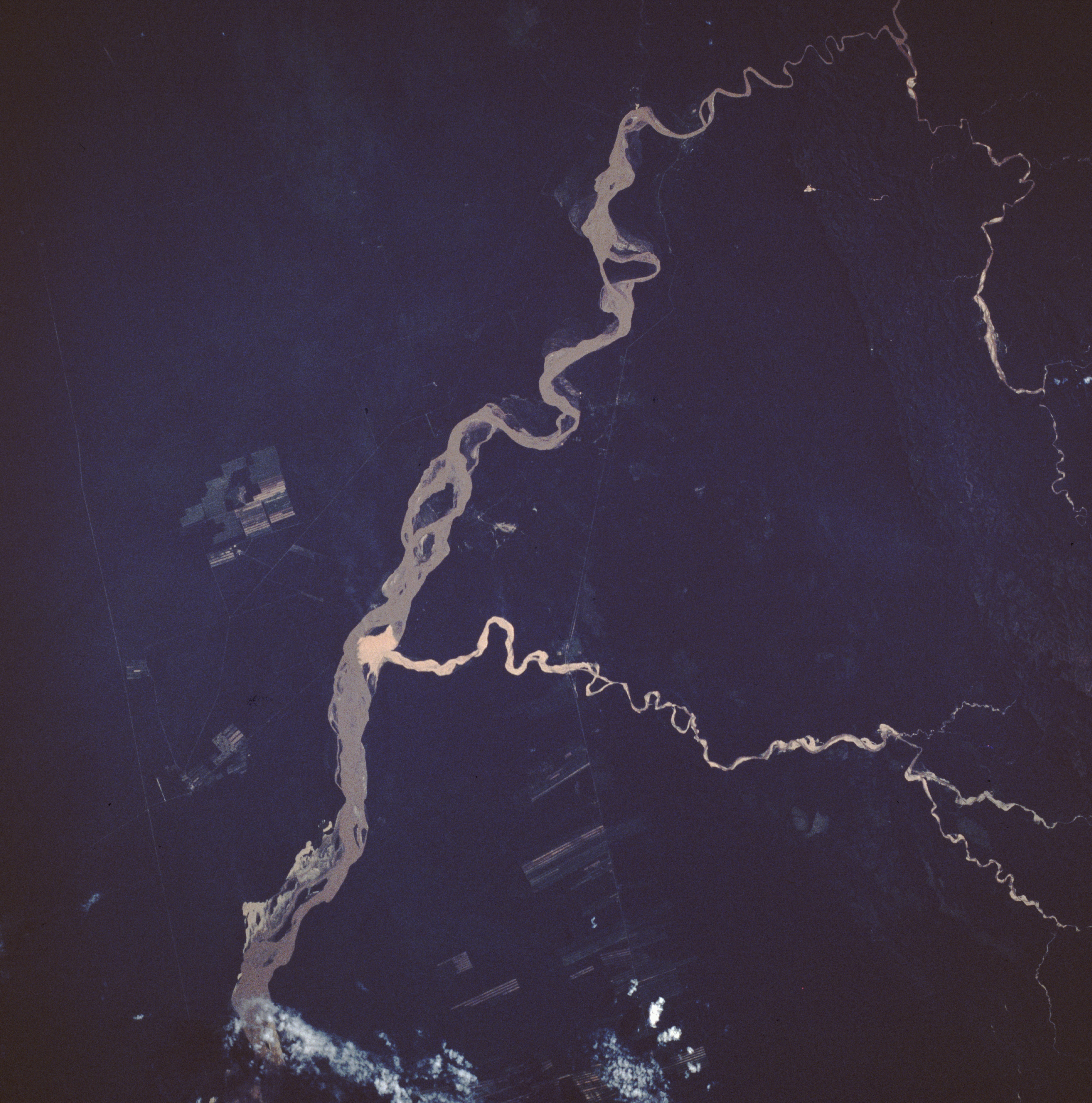 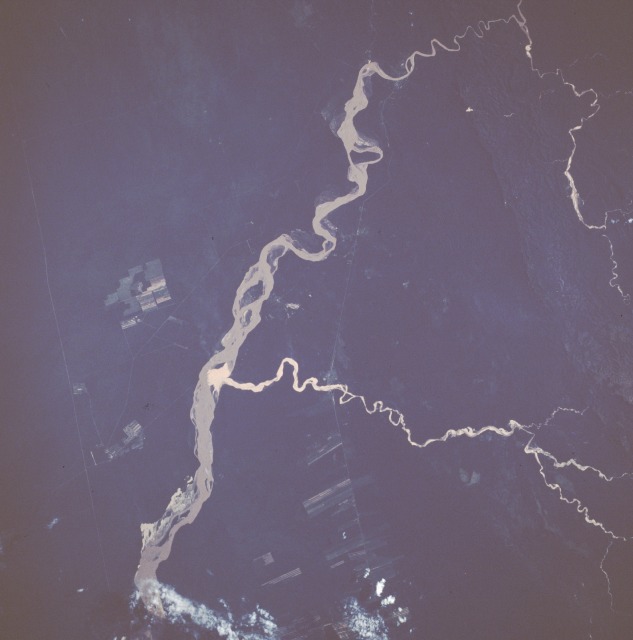 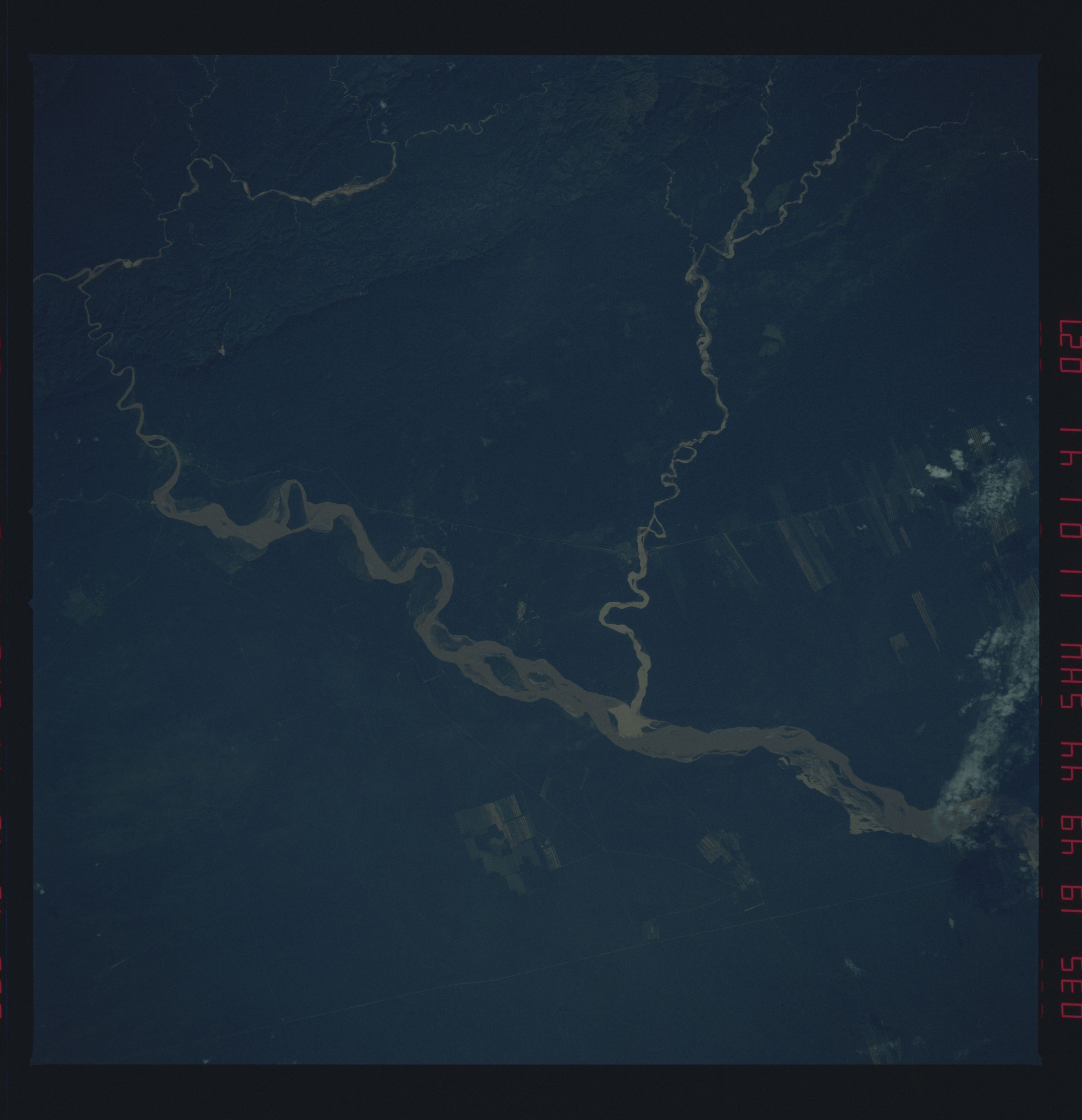 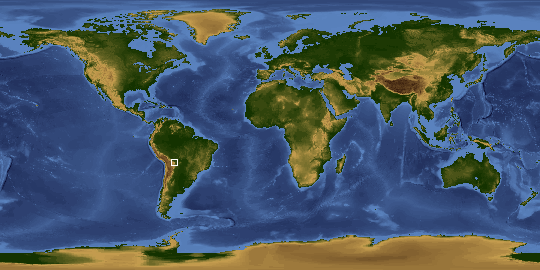 Other options available:
Download Packaged File
Download a Google Earth KML for this Image
View photo footprint information
Download a GeoTIFF for this photo
Image Caption: STS41B-041-2335 Rio Grande, Bolivia February 1984
The Rio Grande of Bolivia gradually arcs northeast as it exits the foothills of the eastern flank of the Andes Mountains. The segment of the Rio Grande shown in this near-vertical photograph is approximately 60 miles (95 kilometers) due south of Santa Cruz in the Bolivian lowlands. The tan water indicates that the river is transporting a large quantity of sediment. A somewhat unusual feature is the smaller tributary that flows for approximately 35 miles (55 kilometers), enters the Rio Grande, and creates its own delta within the much larger river. The source of the silt that is transported by the shorter tributary is unknown. The north-south lines on either side of the Rio Grande are railroad and pipeline rights-of-way on the west and a pipeline right-of-way on the east. Dense vegetation covers most of the area except for some cultivated fields in the northern half of the photograph.