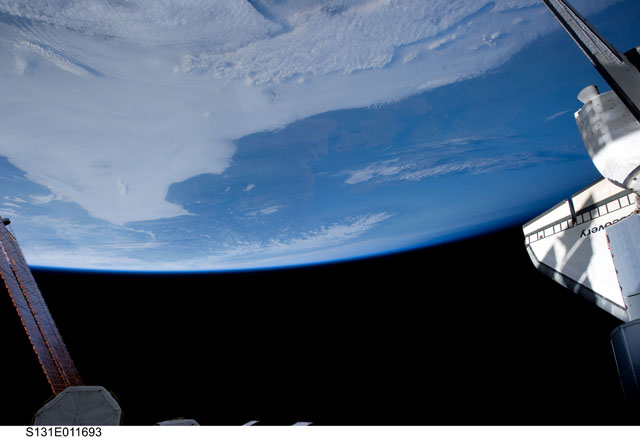 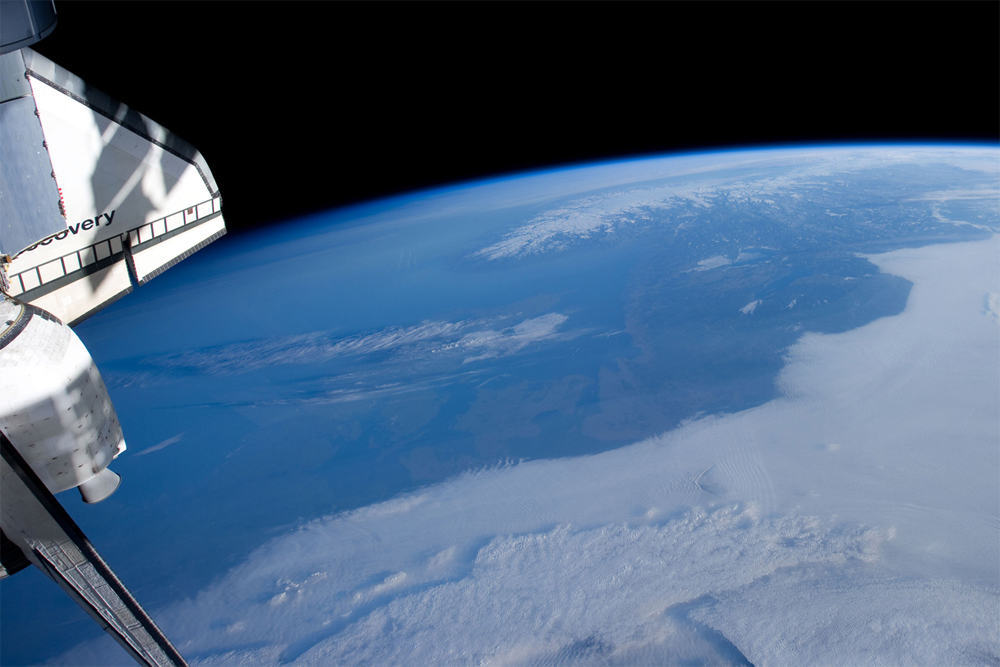 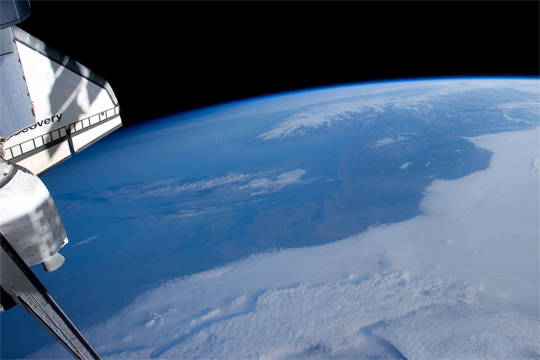 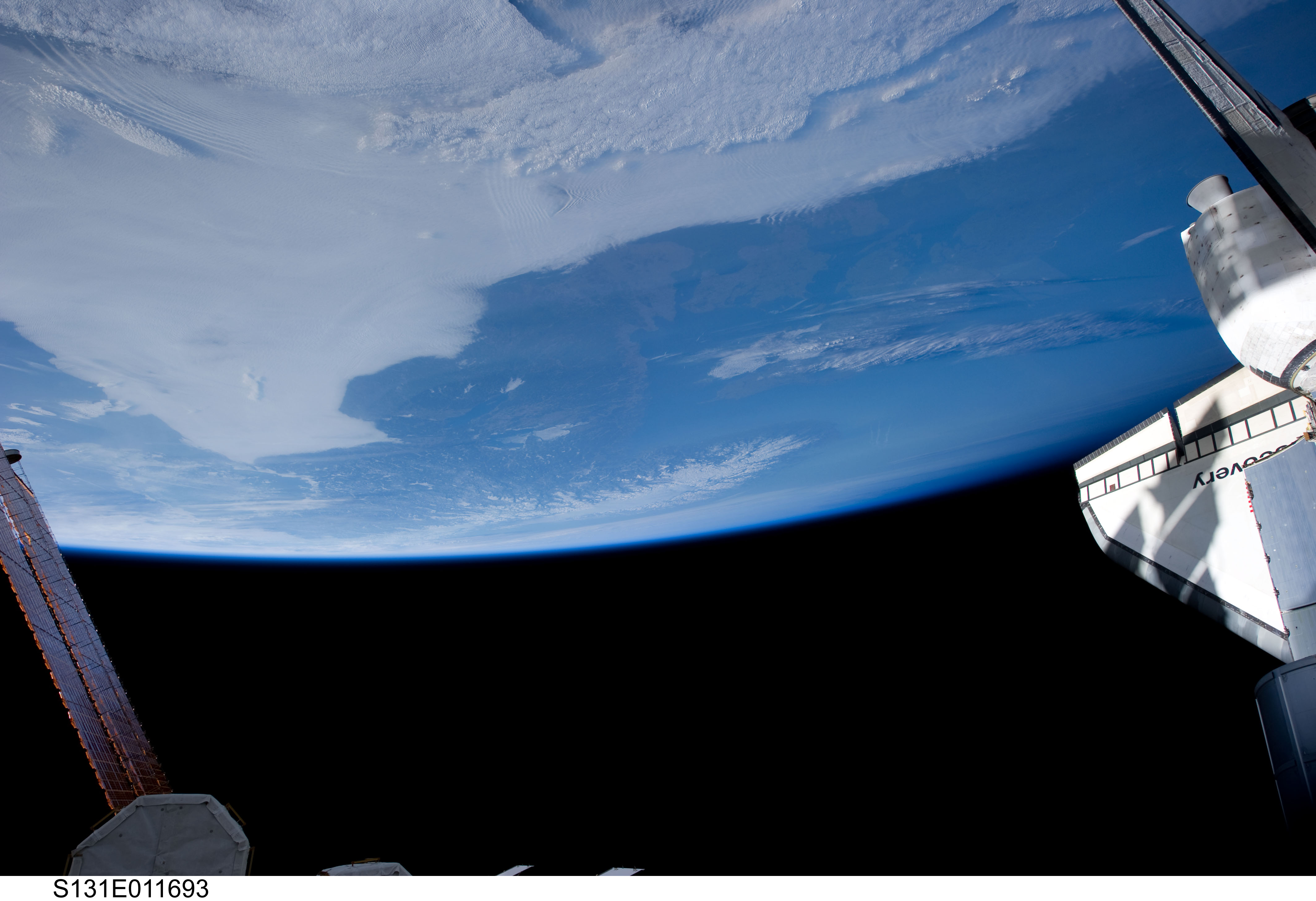 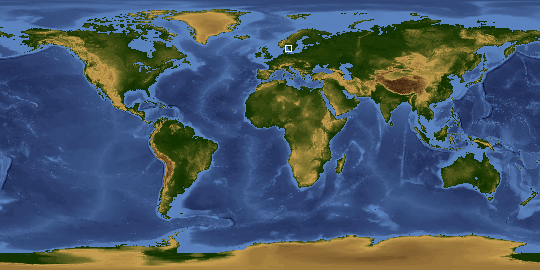 The International Space Station orbits 354 kilometers (220 miles) above the Earth, completing one trip around the globe every 92 minutes. Cruising along at 27,700 km (17,200 miles) per hour, the astronauts experience 15 or 16 sunrises and -sets every day. Since the launch of the Zarya Control Module on November 20, 1998, the station has orbited the Earth over 66,500 times (as of June 27, 2010). The station's orbit is inclined to the equator by 51.65deg, meaning at its most northerly, it is at the latitude of London, England, and at it most southerly it is over the latitude of the Falkland Islands.

This view is to the north of the station's ground track. In the upper-right, is the tail of the Space Shuttle Discovery, which docked with the Space Station during the STS-131 mission. Snow-covered Norway and the Jutland Peninsula is visible at image center. Low clouds cover Central Europe (image top).