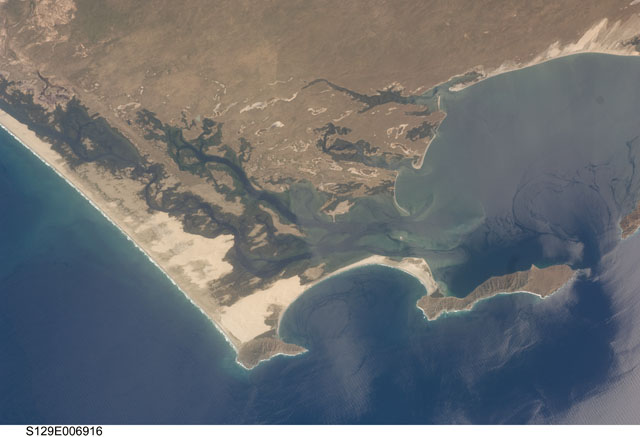 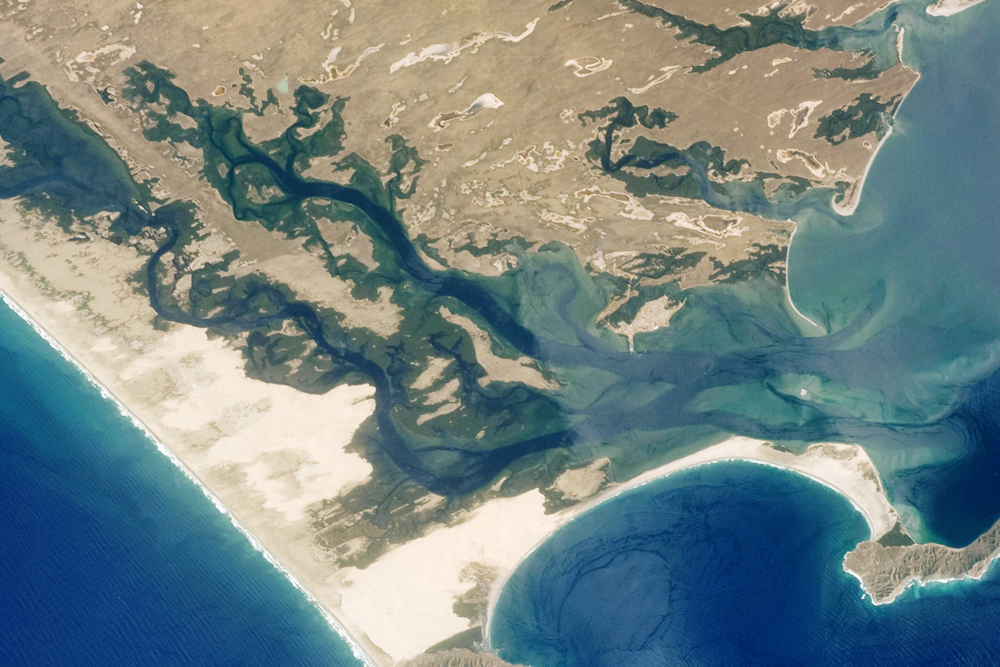 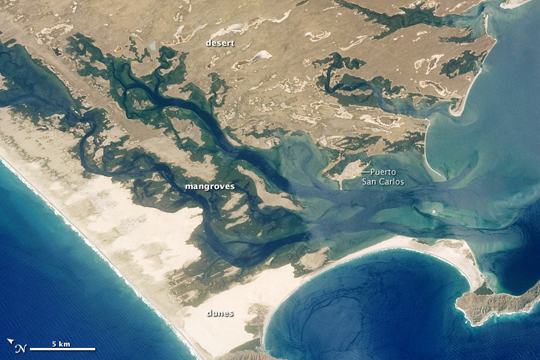 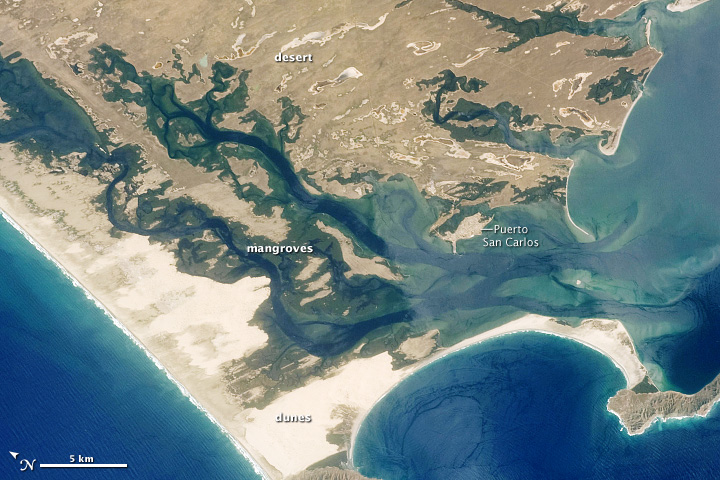 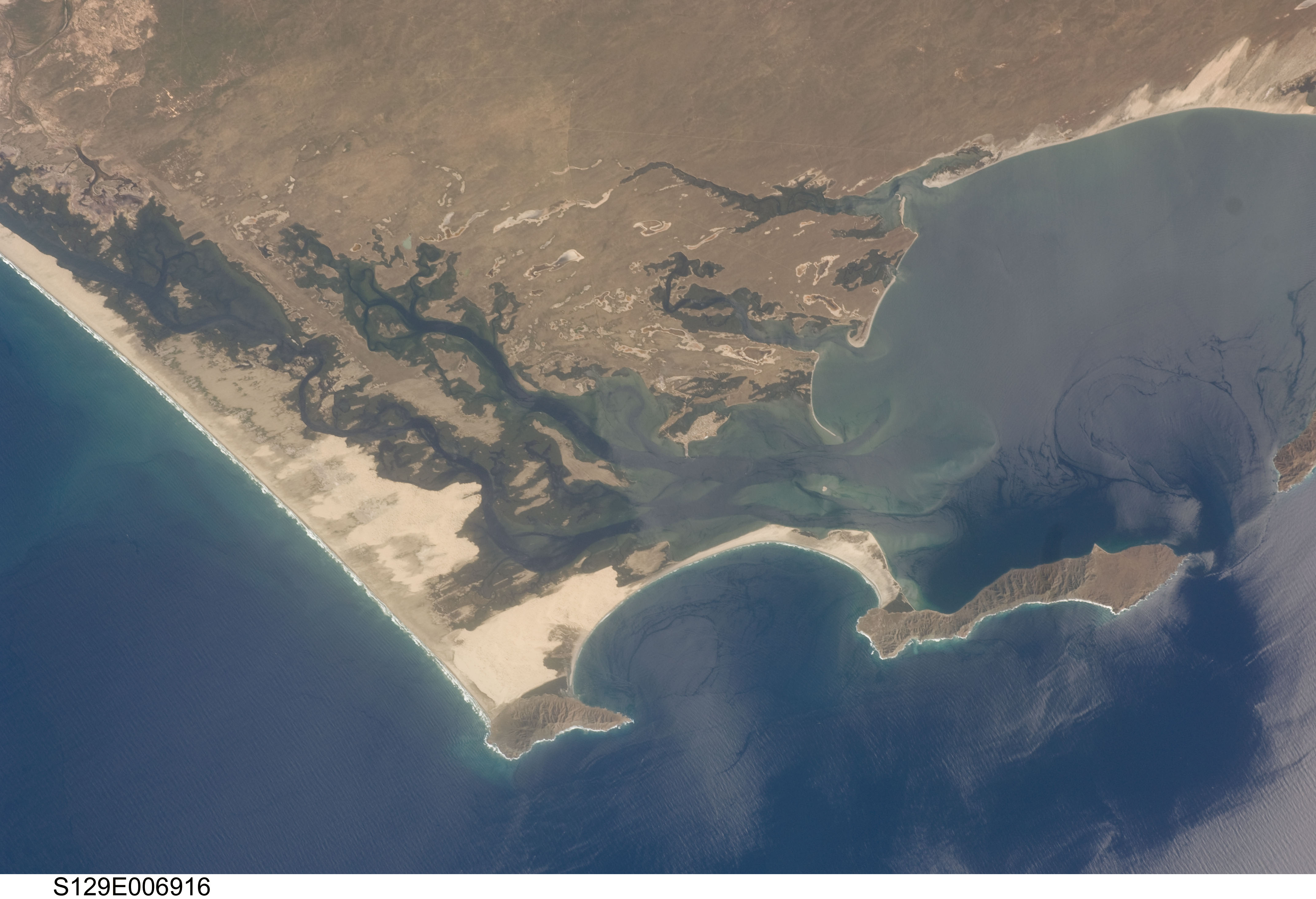 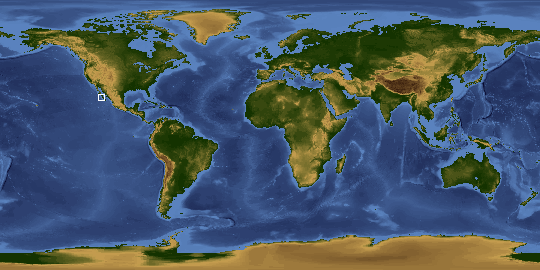 Along the west coast of Baja California, roughly one third of the peninsula's length from its southern tip, the land pokes westward like a slightly bent elbow. The area is a combination of sparsely vegetated desert, sand dunes, mangroves, braided streams, shallow coastal waters, and mountainous islands.

In this astronaut photograph, taken from a vantage point west of the peninsula, north is toward the upper left. Toward the east, the desert appears in shades of tan and beige. Blue-green mangroves infiltrate the desert, following irregular paths toward the northeast. Within these mangroves, deep blue streams and rivers form and flow toward the shallow waters near the coast.

Along the Pacific shore (image lower left), breaking waves form an irregular white line. The waves are barely lighter than the sand dunes of the broad coastal plain, which stretches inland toward the mangroves. West of the mangroves, two islands rise above the ocean surface. Their rugged topography contrasts sharply with that of the thin, curving barrier beach that connects them.

Almost completely surrounded by ocean, the coastal town of Puerto San Carlos serves as a base for tourists visiting the area to watch whales. Grey whale migration season--January through March--brings both cetaceans and tourists to the area.