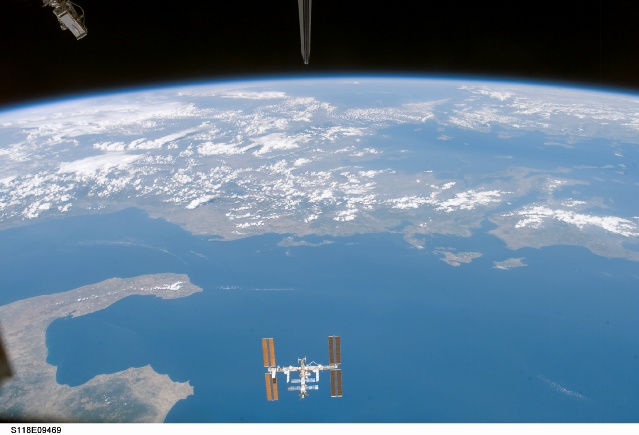 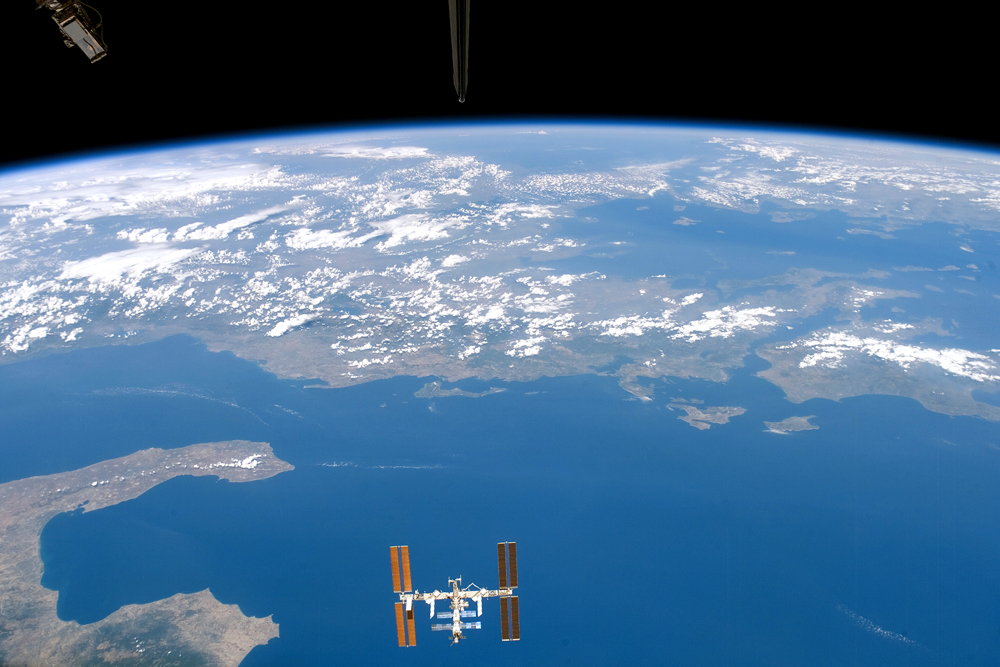 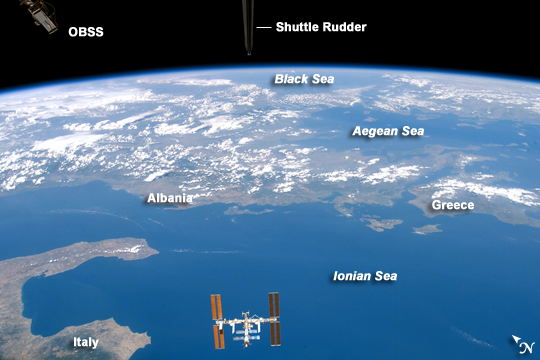 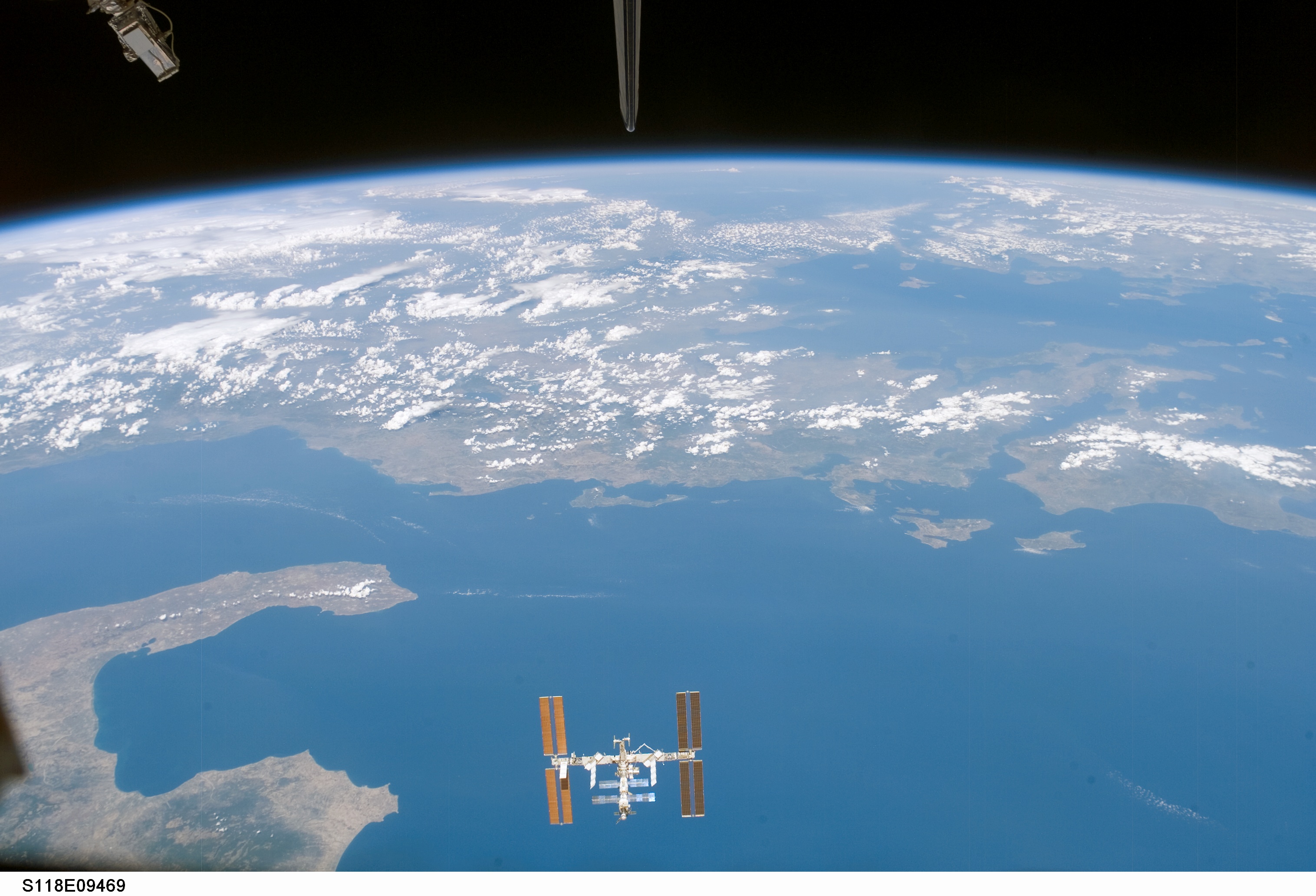 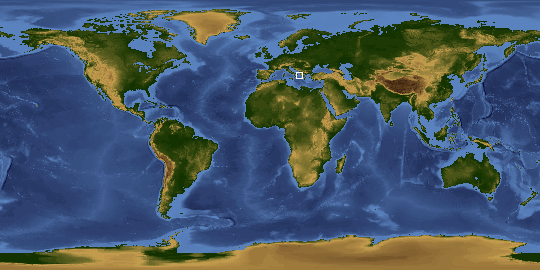 The crew of the Space Shuttle Endeavour took this spectacular image of the International Space Station during the STS118 mission, August 8-21, 2007. The image was acquired by an astronaut through one of the crew cabin windows, looking back over the length of the Shuttle. Endeavour had undocked from the International Space Station, and the crew had begun late inspection of the orbiter's Thermal Protection System (wing leading edges, nosecap, and belly tiles) prior to landing. The late inspection is performed using sensors mounted on the Orbiter Boom Sensor System, and the goal is to assess whether micrometeorite or orbiting debris have compromised the Thermal Protection System of the Shuttle while it was docked with the International Space Station.

This oblique (looking at an angle from vertical, rather than straight down towards the Earth) image was acquired almost one hour after late inspection activities had begun. The sensor head of the Orbiter Boom Sensor System is visible at image top left. The entire Space Station is visible at image bottom center, set against the backdrop of the Ionian Sea approximately 330 kilometers below it. Other visible features of the southeastern Mediterranean region include the toe and heel of Italy's "boot" at image lower left, and the western coastlines of Albania and Greece, which extend across image center. Farther towards the horizon, the Aegean and Black Seas are also visible.