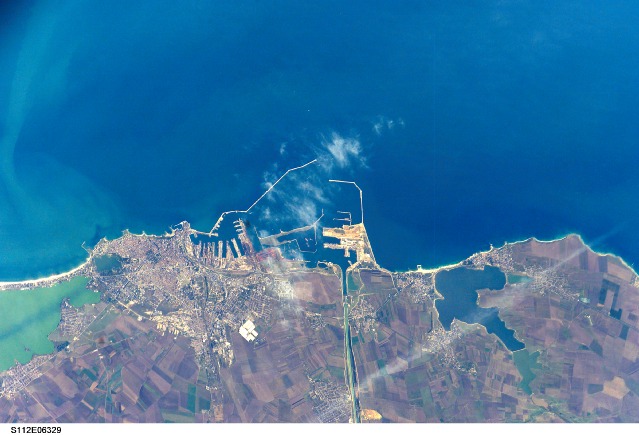 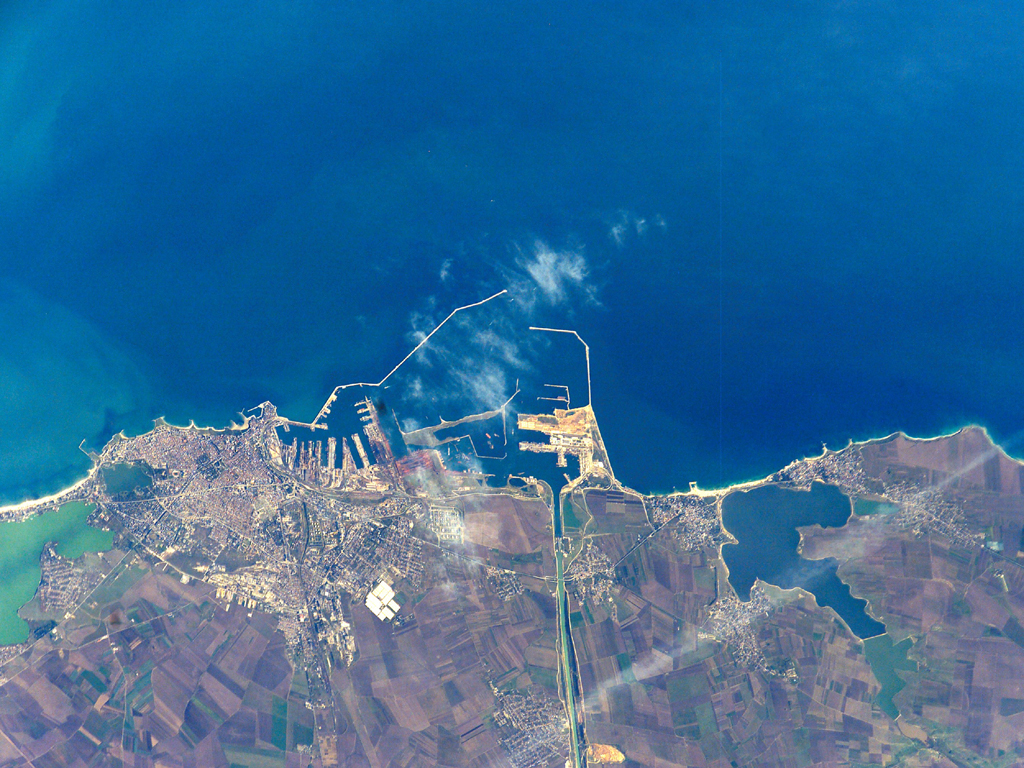 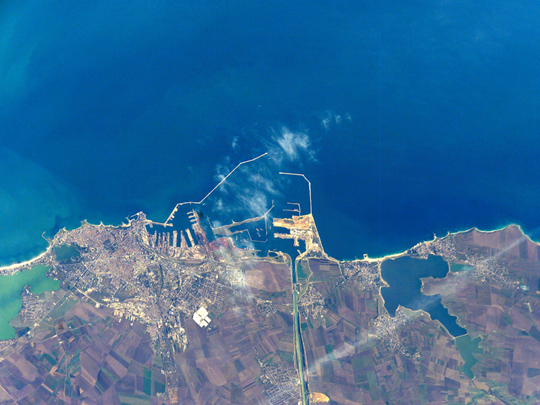 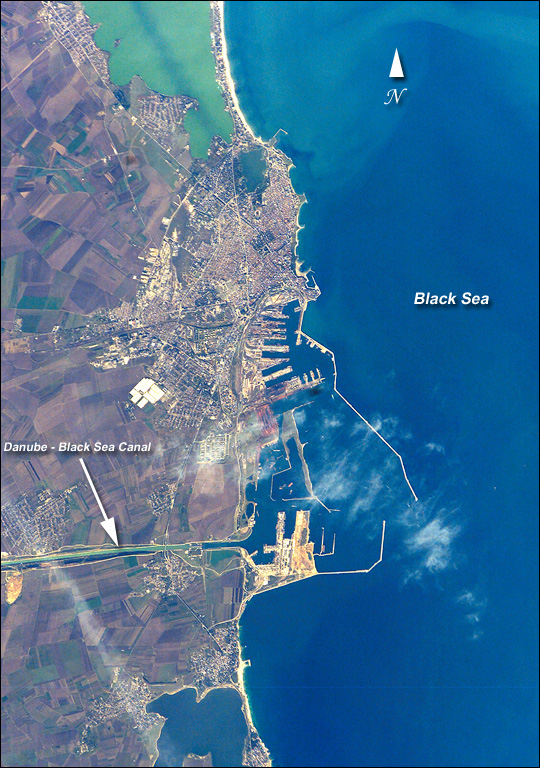 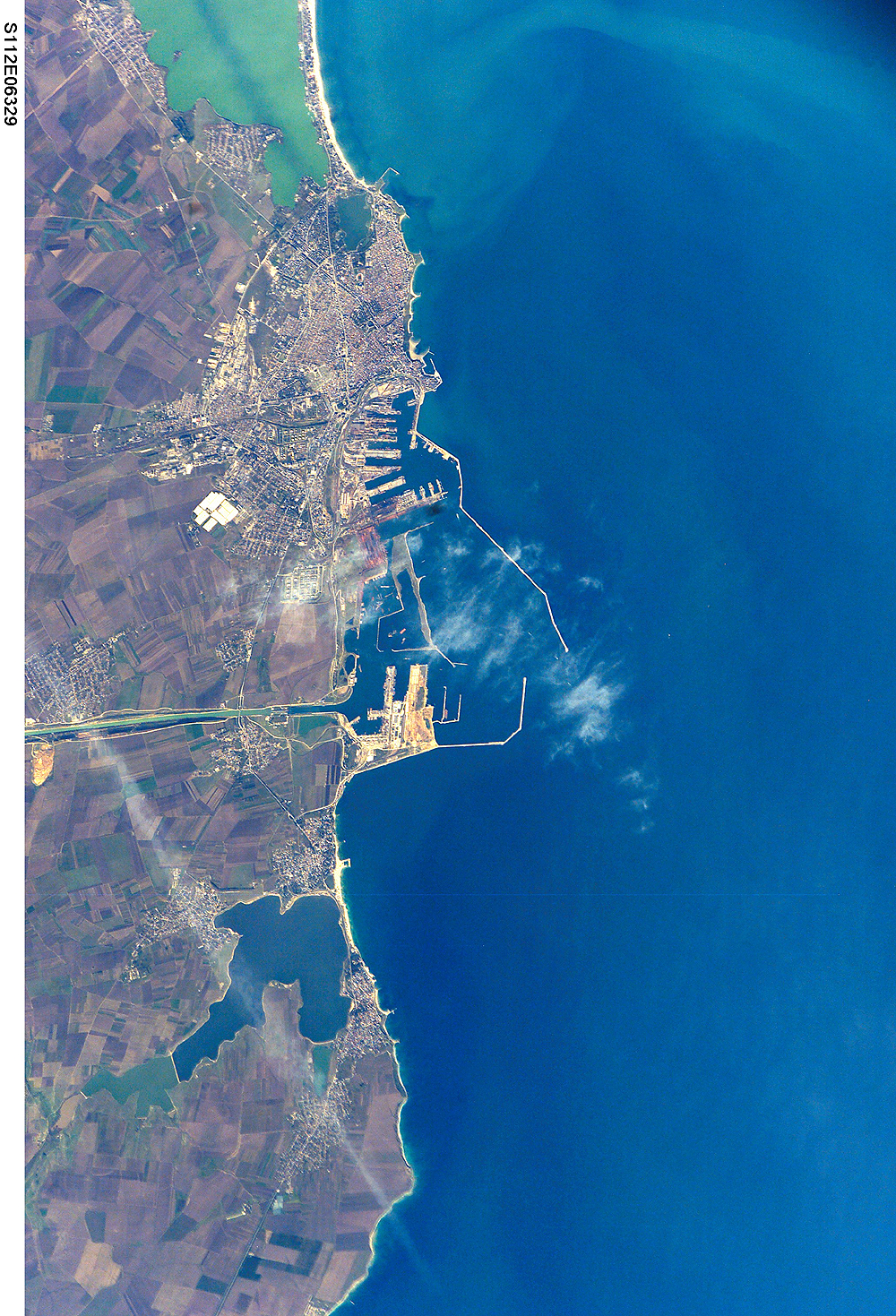 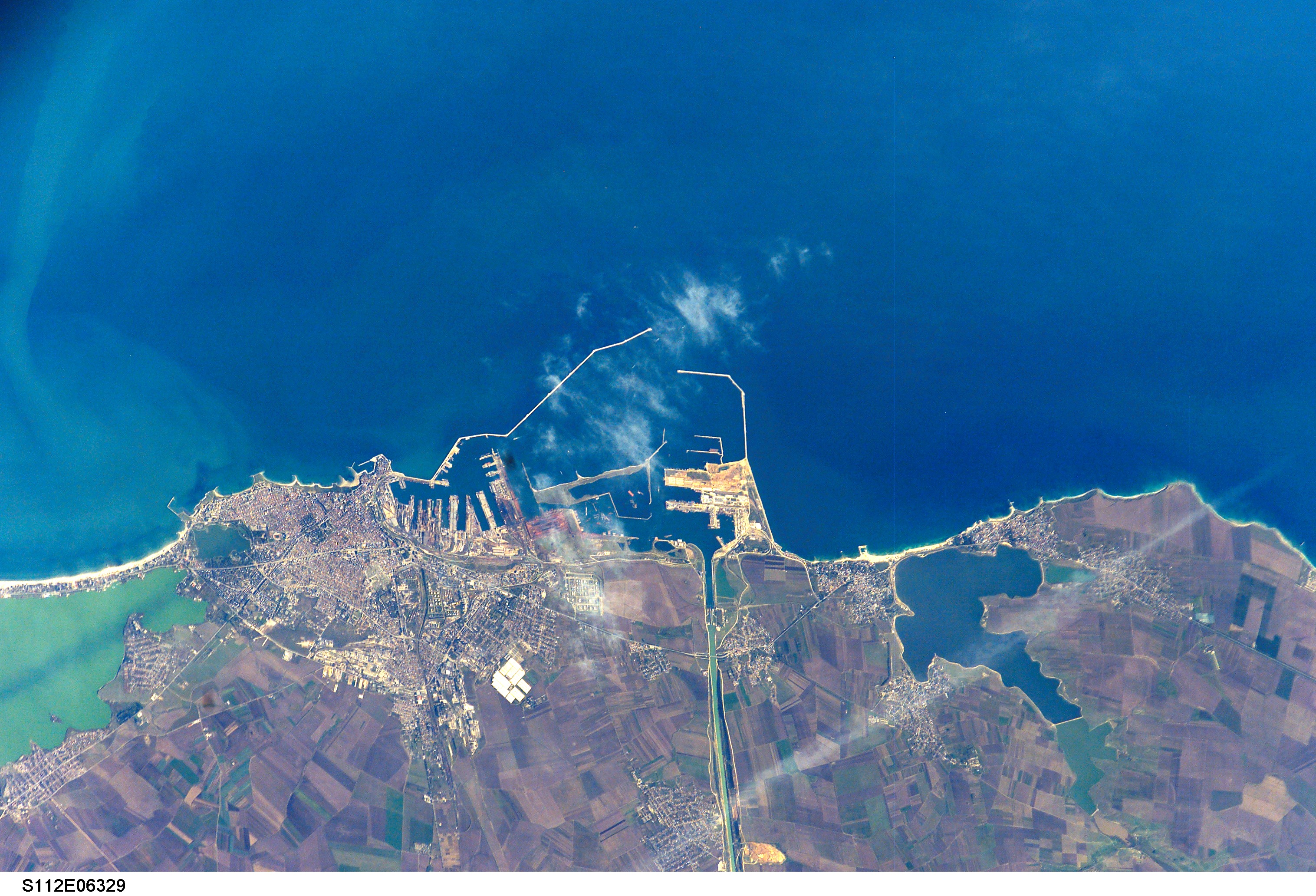 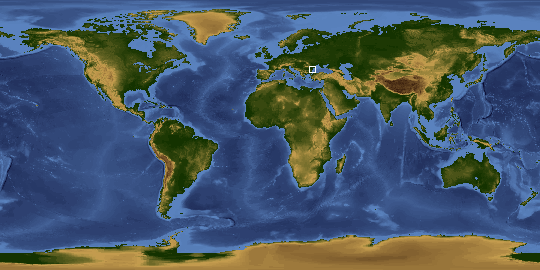 Other options available:
Download Packaged File
Download a Google Earth KML for this Image
View photo footprint information
Download a GeoTIFF for this photo
Image Caption: The modern city of Constanta, with a population of more than 348,000, is located on the western coast of the Black Sea and is the principal seaport for Romania. It is the site of the ancient Greek city of Tomis, colonized in the 6th century B.C. In the 1st century A.D. Tomis became a flourishing provincial capital of the Roman Empire when it acquired its current name from the emperor Constantine I. Today, Constanta is a thriving port-of-entry for Romania, offering both tourist attractions and an expanding, modern port facility that is among the largest on the Black Sea. The crew of STS-112 acquired this detailed digital image of the city on October 17, 2002, using a 400-mm lens. The older part of the city is situated near the large coastal lagoon to the north, while to the south the port facilities are connected to the Danube River's import shipping commerce via the 64-km Danube - Black Sea Canal. Agricultural fields of mostly wheat and barley extend almost to the shorelines.