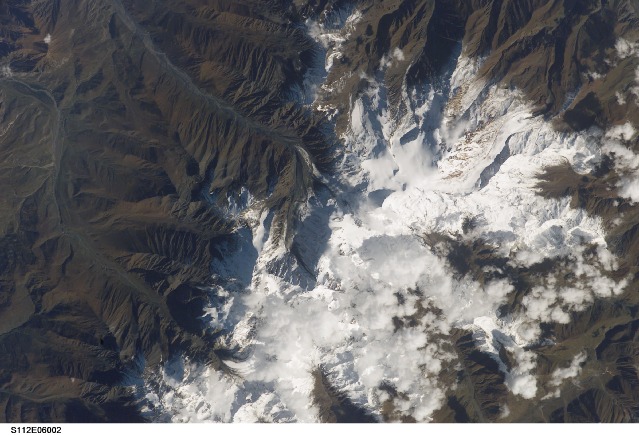 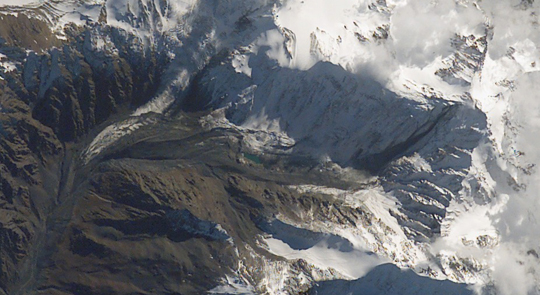 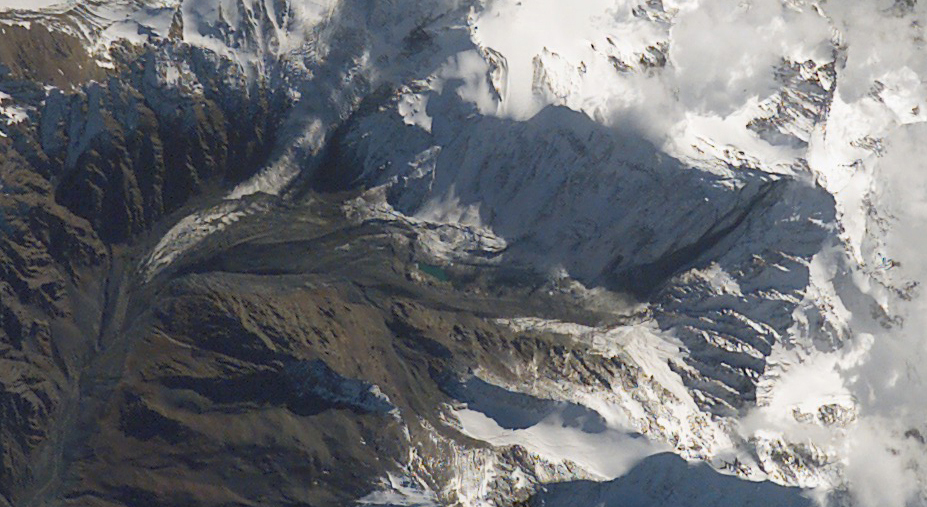 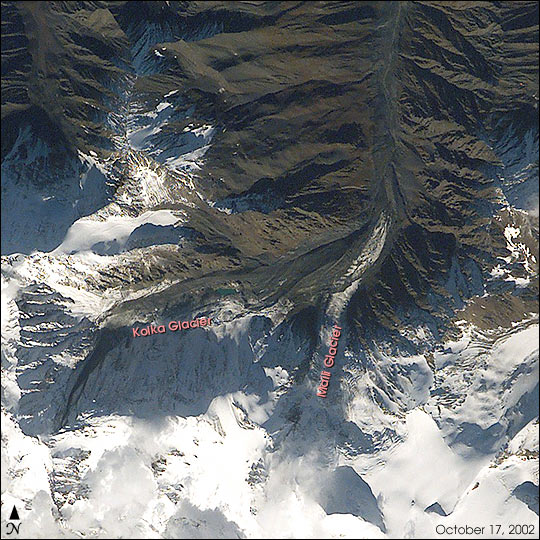 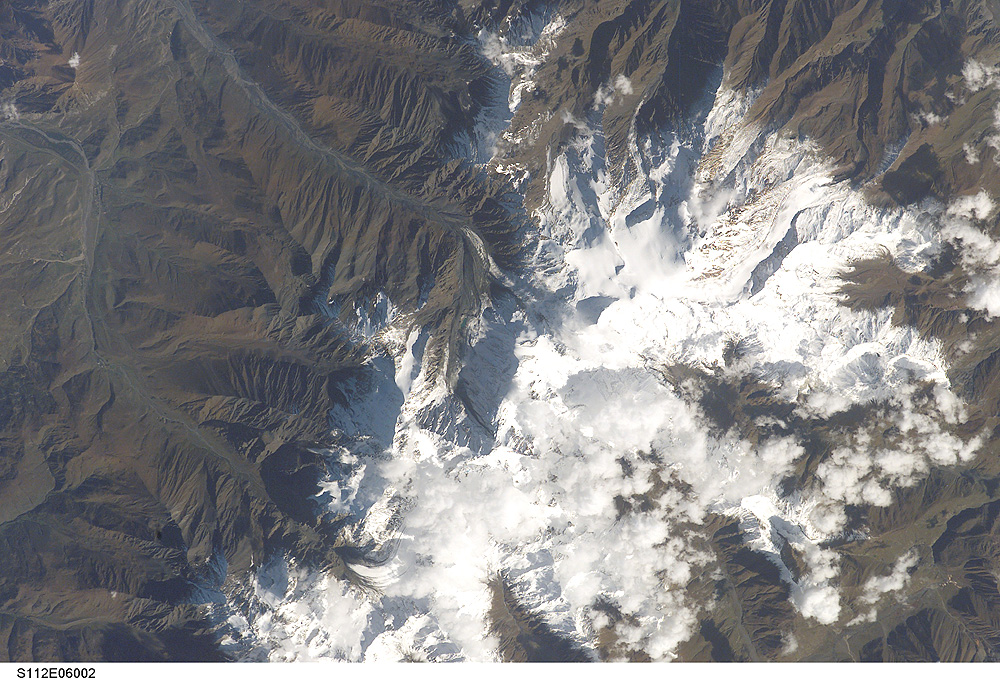 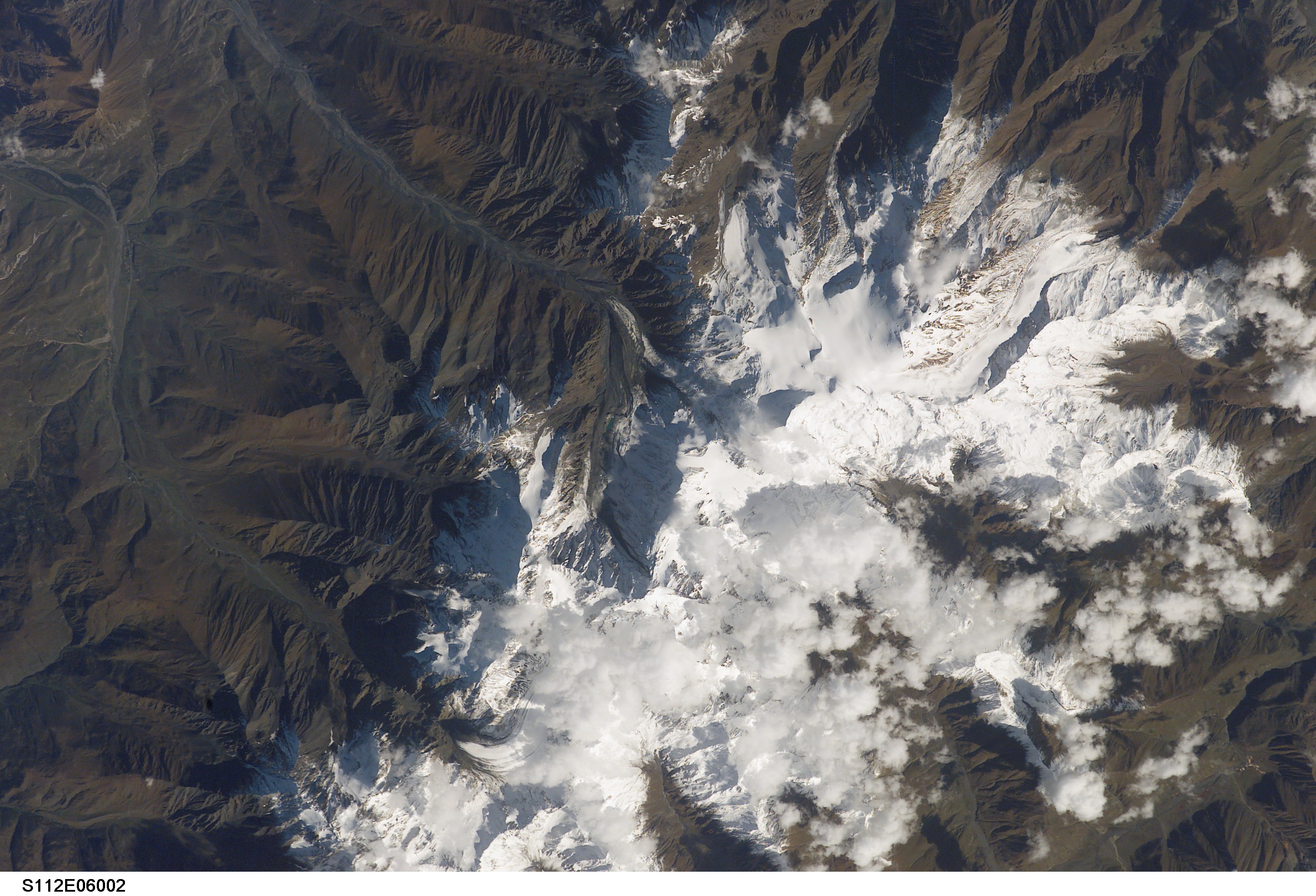 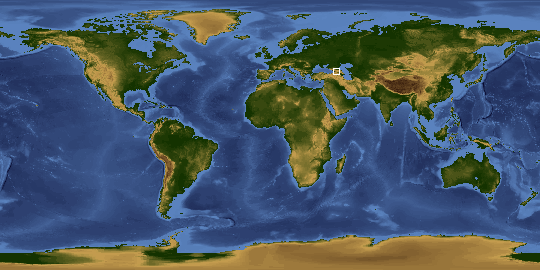 Other options available:
Download Packaged File
Download a Google Earth KML for this Image
View photo footprint information
Download a GeoTIFF for this photo
Image Caption: STS112-E-6002 Caucasus Range
While docked to the Space Station the international crew of Space Shuttle Mission STS-112 paused as the spacecraft sped over the Caucasus Range. They had planned before launch that a crewmember would look out the windows of the spacecraft for remnants of the disastrous collapse of Kolka Glacier. The close collaboration between the USA and Russia on all aspects of Space Station construction, and the presence on the Shuttle crew of Russian mission specialist Fyodor Yurchikhin, made the crew particularly interested in photographing the area to help scientists on the ground in their studies of the collapse.

There is a dramatic difference between this digital photograph taken by the Shuttle crew and one taken just a week before the collapse by the International Space Station crew. The debris from Kolka glacier obscures and covers the terminus of Maili glacier. The far northern path of the Genaldon River is filled with debris, compared to the clear river course that could be seen before.

The disaster claimed an estimated 140 lives when it sent 20 million tons of ice, rock and mud down Karmadon Gorge on September 20, 2002. The debris field stretches over 11 miles long and 820 feet wide, and according to the New York Times, will take as long as 10 years to thaw.