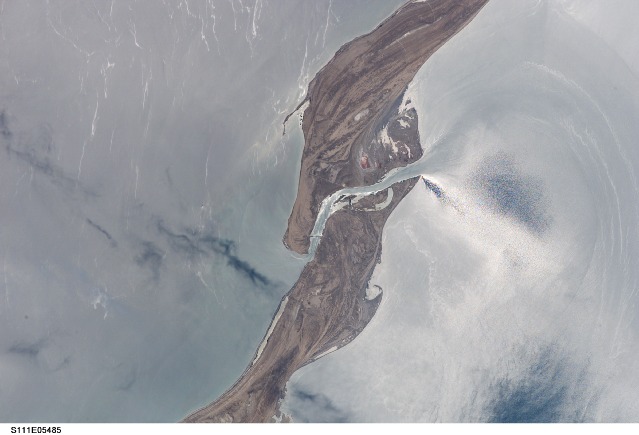 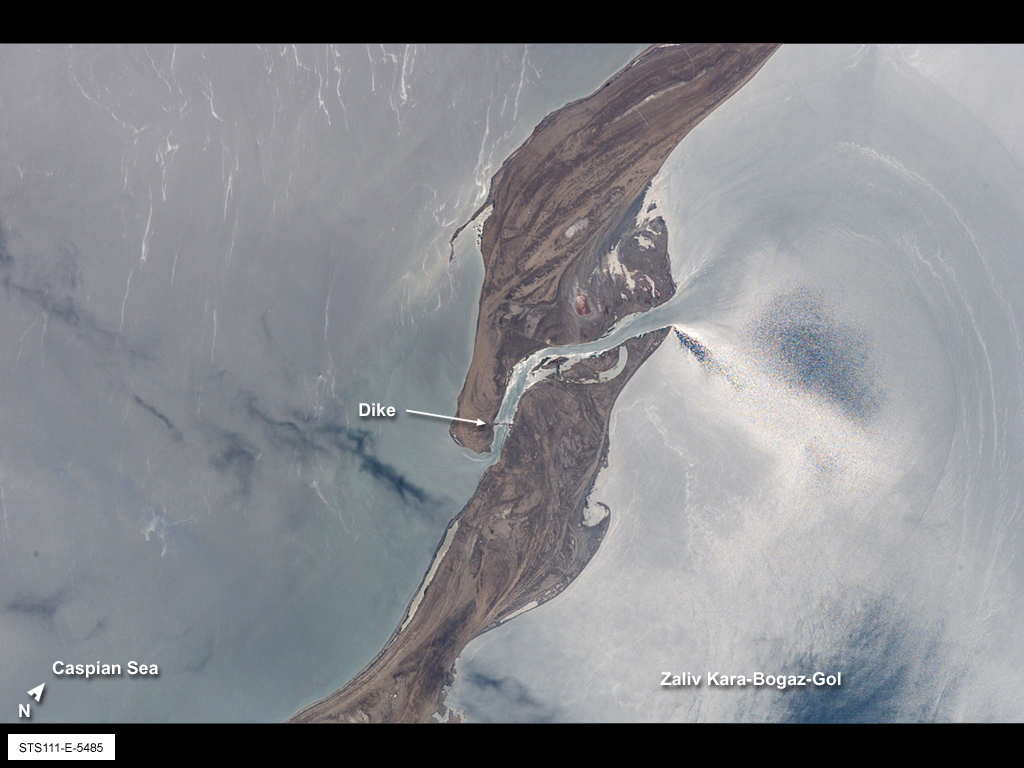 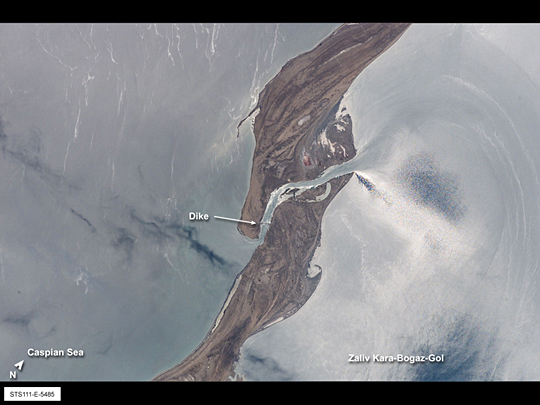 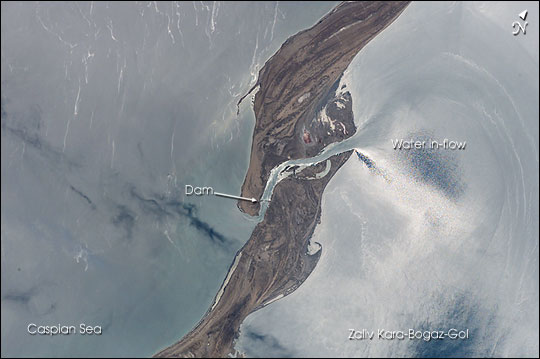 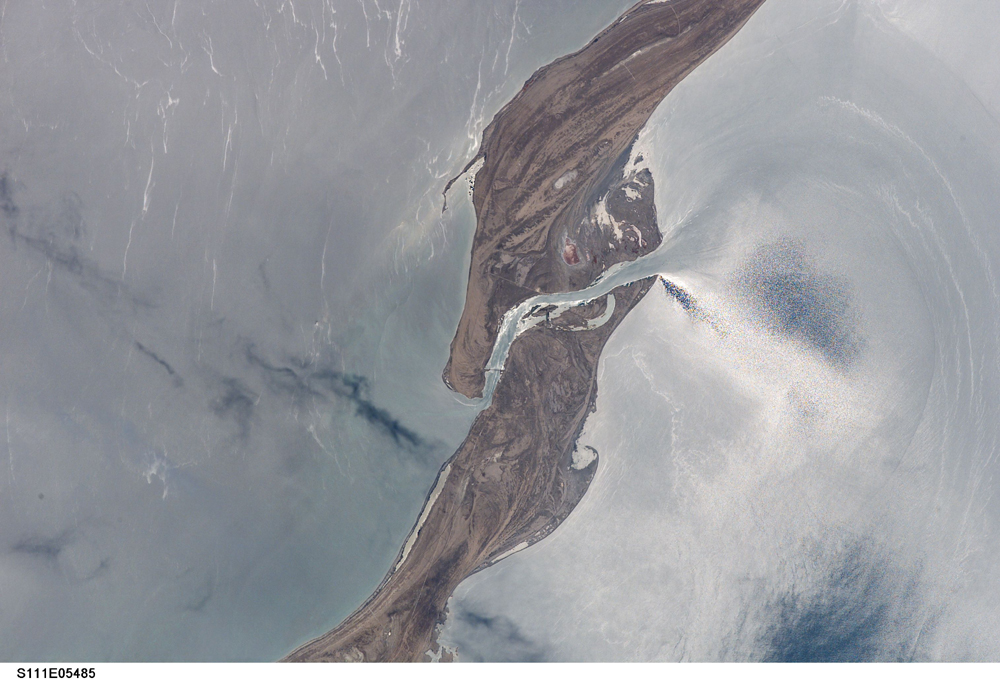 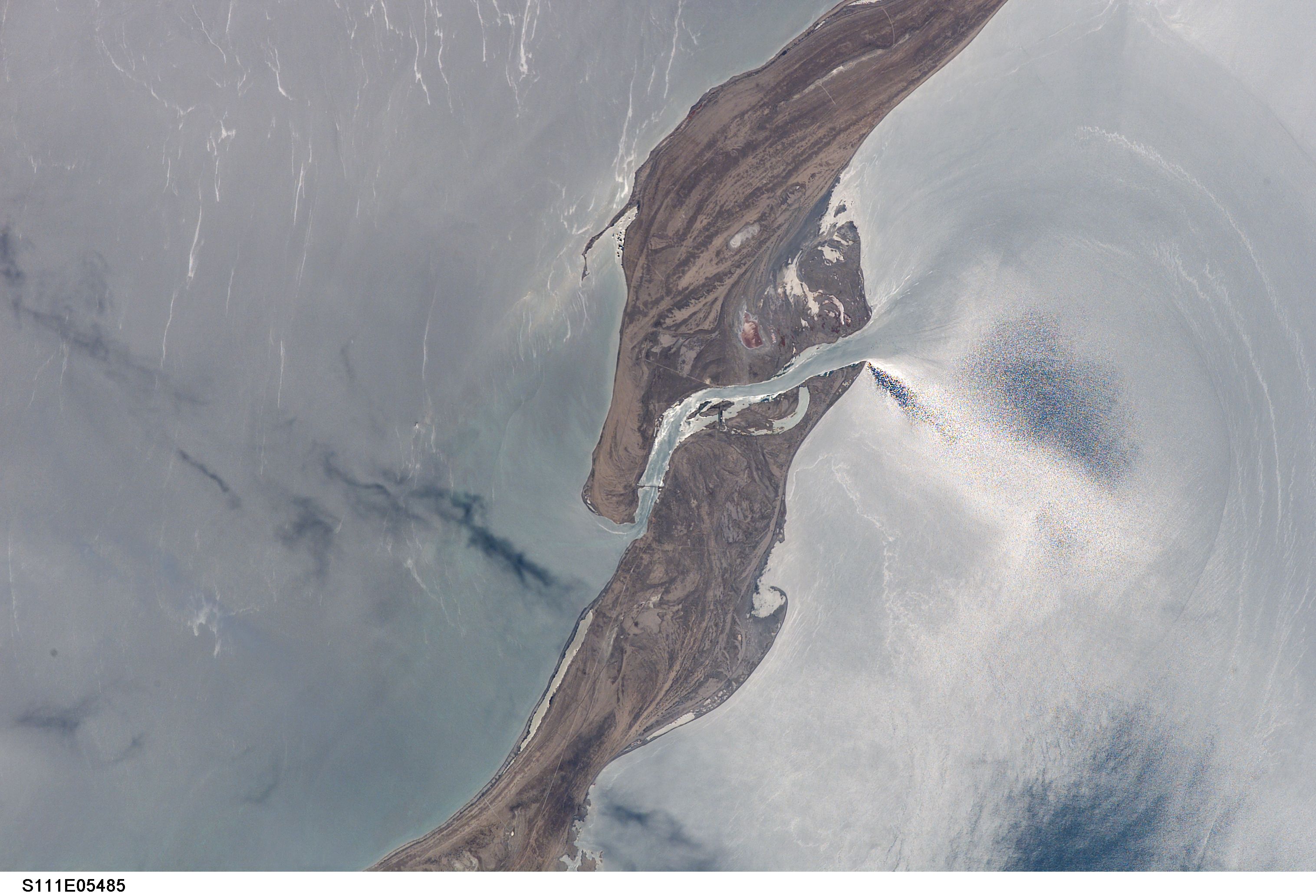 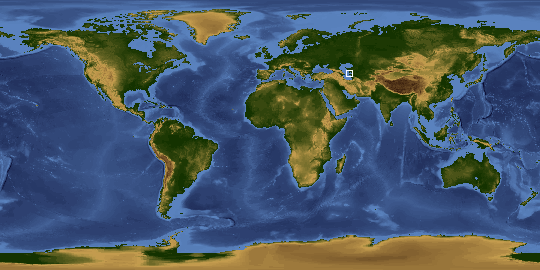 Other options available:
Download Packaged File
Download a Google Earth KML for this Image
View photo footprint information
Image Caption: The large eastern embayment of the Caspian Sea, the Zaliv Kara-Bogaz-Gol, provides astronauts the chance to observe several oceanographic phenomena. This view taken by the STS-111 crew from the Space Shuttle in June 2002 shows the sun reflecting off the surface waters that surround the spit that defines the Zaliv Kara-Bogaz-Gol from the open Caspian Sea. The sunglint reveals the flow of fresher water through the spit channel and into the bay. Old shorelines and accretionary features can be seen on the spit, as well as the dam that was constructed in 1980 to stop the flow into the lower Kara-Bogaz-Gol basin.

The Caspian Sea has experienced dramatic changes in water levels throughout the past 100 years. From the 1930s until 1978, the water levels in the Caspian had dropped nearly 3 m. In 1980, in response to the rapidly dropping sea level, a dam was constructed to prevent water from flowing into the shallow and restricted Kara-Bogaz-Gol basin, resulting in the drying up of the bay. The dam was partially opened a few years later, and completely opened in 1992 when Caspian water levels started to rise quickly. Today, sea levels are more than 2.6 m higher than the 1978 levels, and, as shown here, water flows freely into the salty waters of the Zaliv Kara-Bogaz-Gol. Astronauts have also been documenting the coastlines around the Caspian Sea that have been impacted by the large sea level fluctuations.