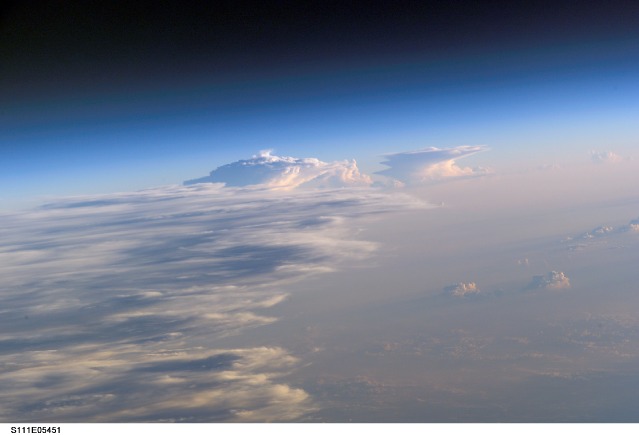 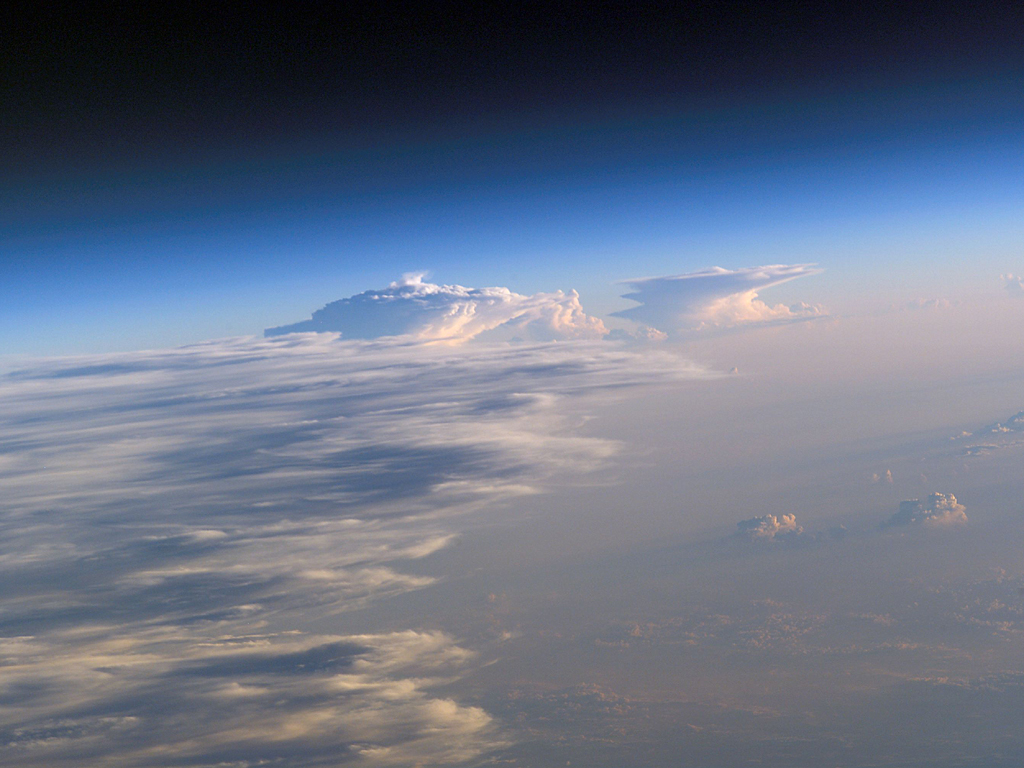 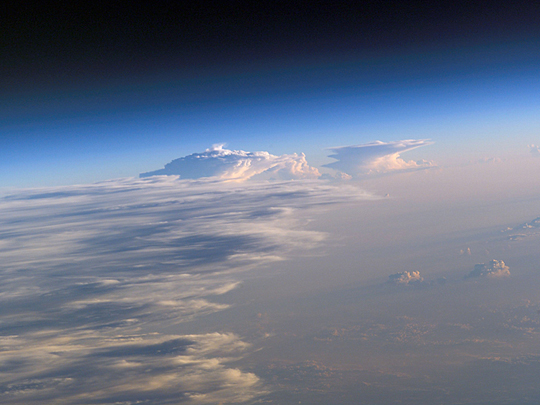 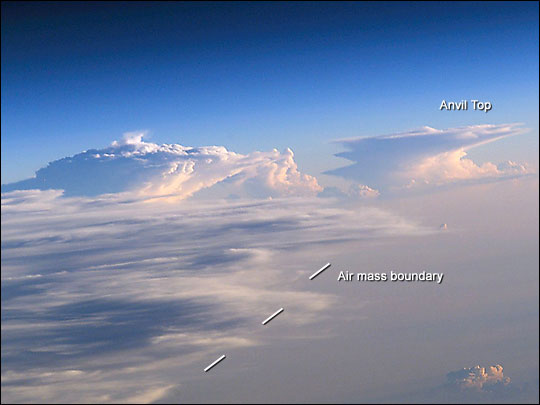 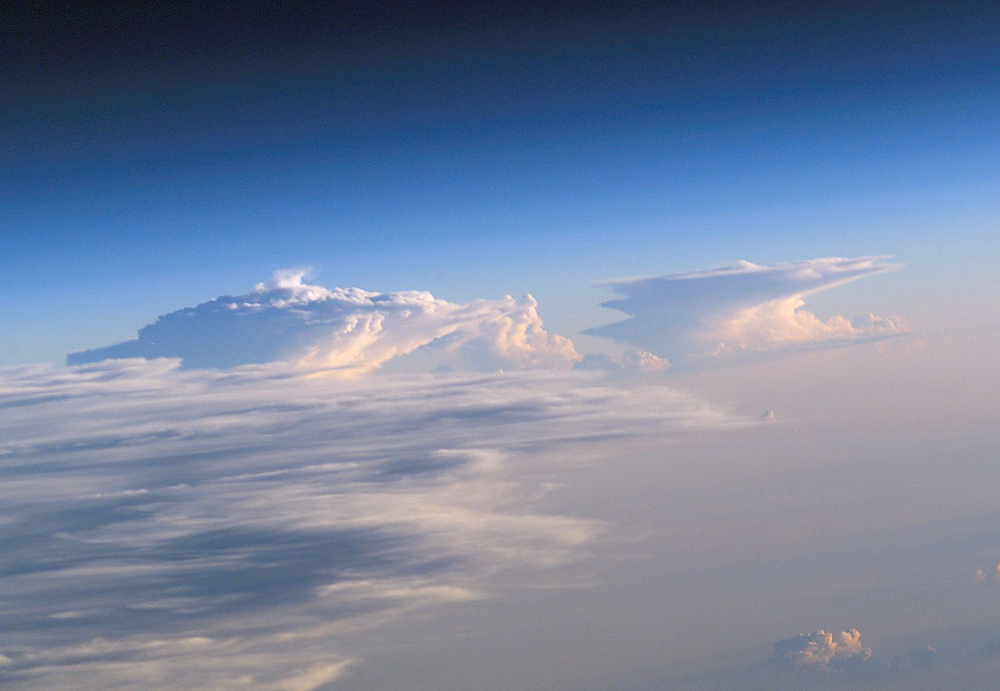 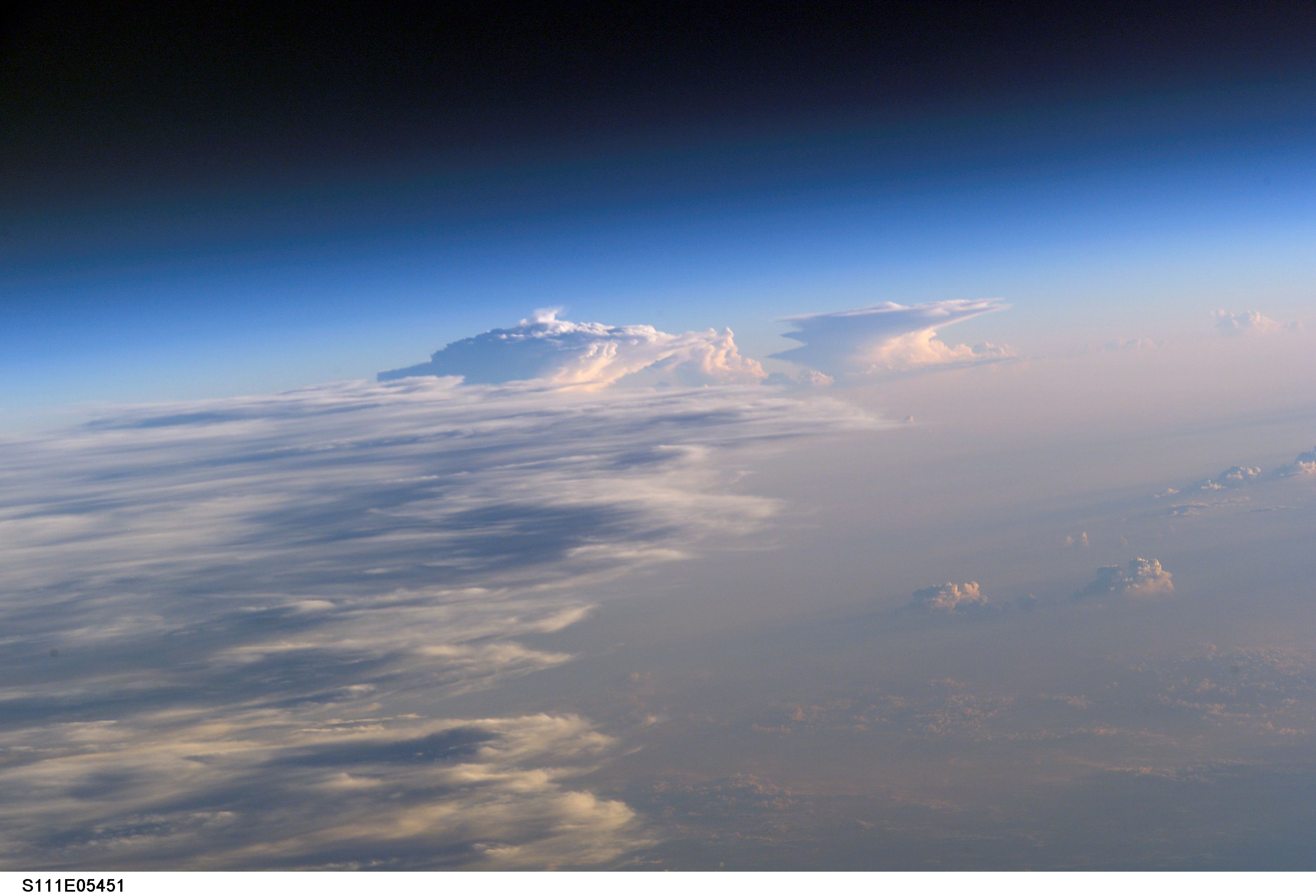 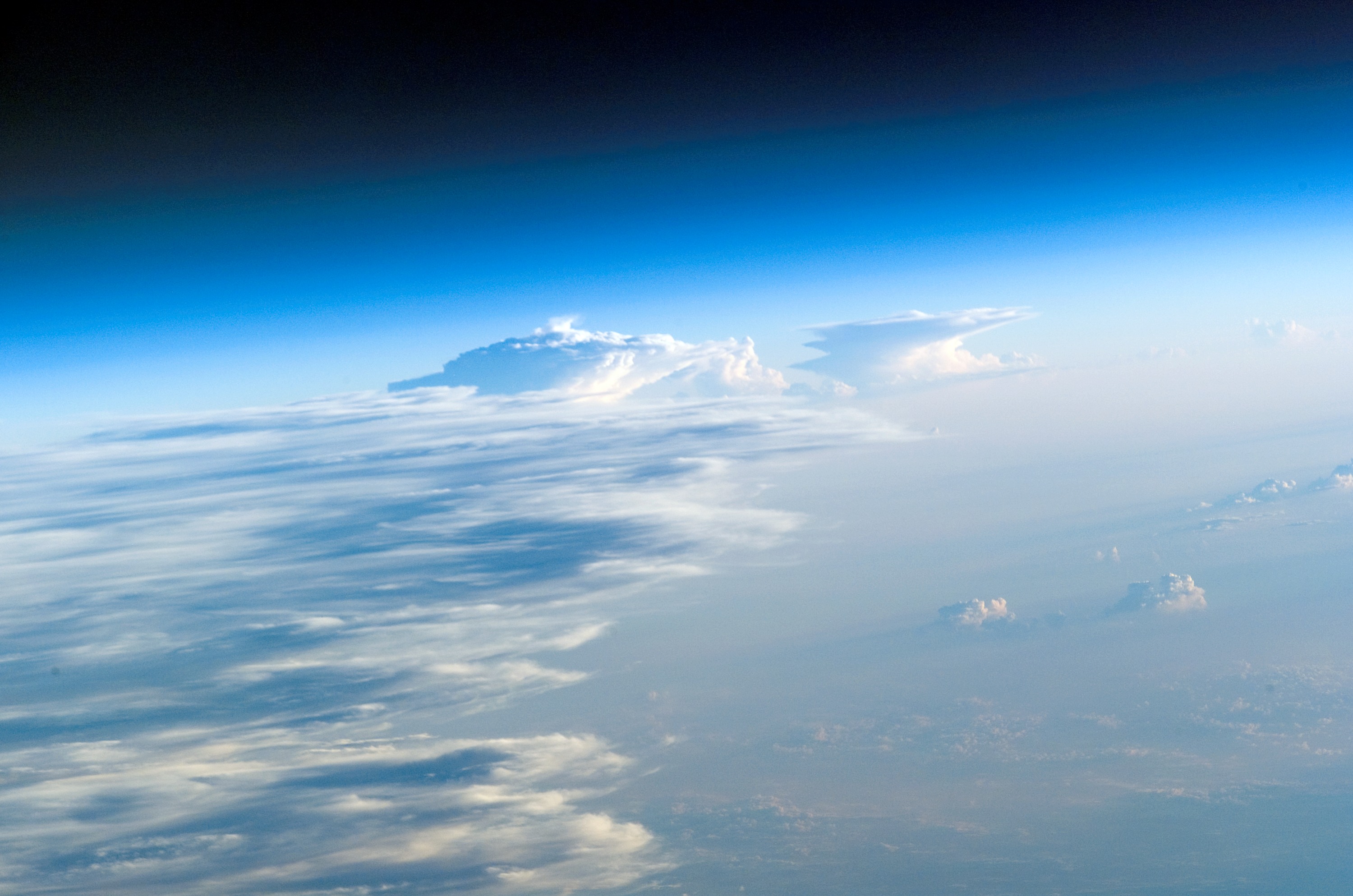 
Spacecraft Altitude: nautical miles (0km)
Other options available:
Download Packaged File
Download a Google Earth KML for this Image
View photo footprint information
Download a GeoTIFF for this photo
Image Caption: Sharp air mass boundaries, such as this one photographed by astronauts on board the Space Shuttle on June 17 2002, often are the focus of development for severe thunderstorms. This storm formed in the late afternoon over Eastern China. The sunlit anvil tops of thunderstorms here are estimated to be in excess of 60,000 feet (18,300 m) where icy cirrus clouds form near the top of the troposphere. The distribution and impact of such high clouds are a significant challenge to scientists modeling the Earth's energy budget and climate.

The crew of the International Space Station is attempting to acquire such imagery over Florida this summer in support of a large, multi-agency experiment CRYSTAL - FACE (Cirrus Regional Study of Tropical Anvils and Cirrus Layers - Florida Area Cirrus Experiment). This experiment is designed to collect measurements of clouds that will help improve climate models. Such photos have the potential to provide profound, synoptic visuals for use in describing and interpreting these measurements. More information on CRYSTAL - FACE as well as other images of the atmosphere are available at https://cloud1.arc.nasa.gov/crystalface/