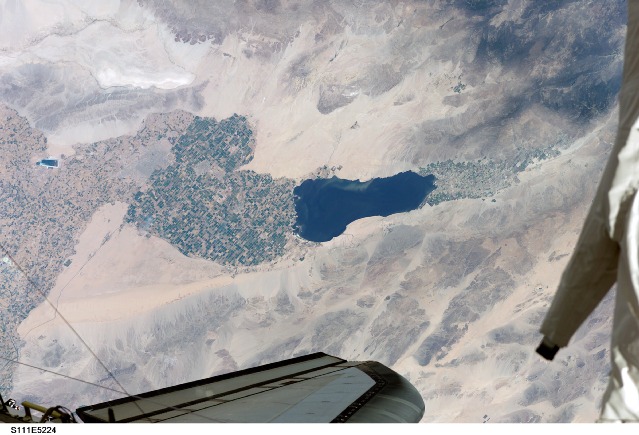 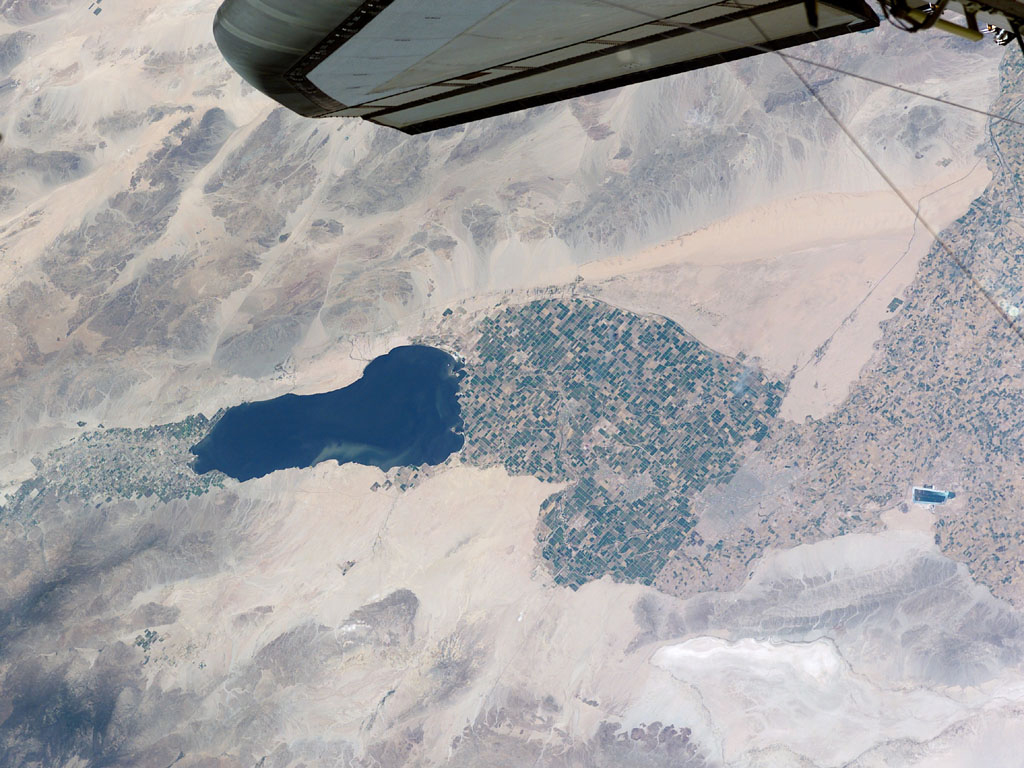 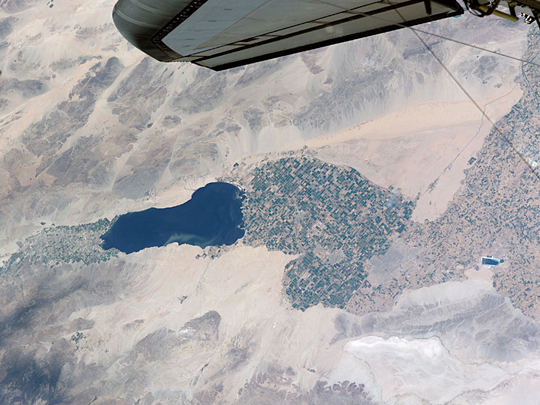 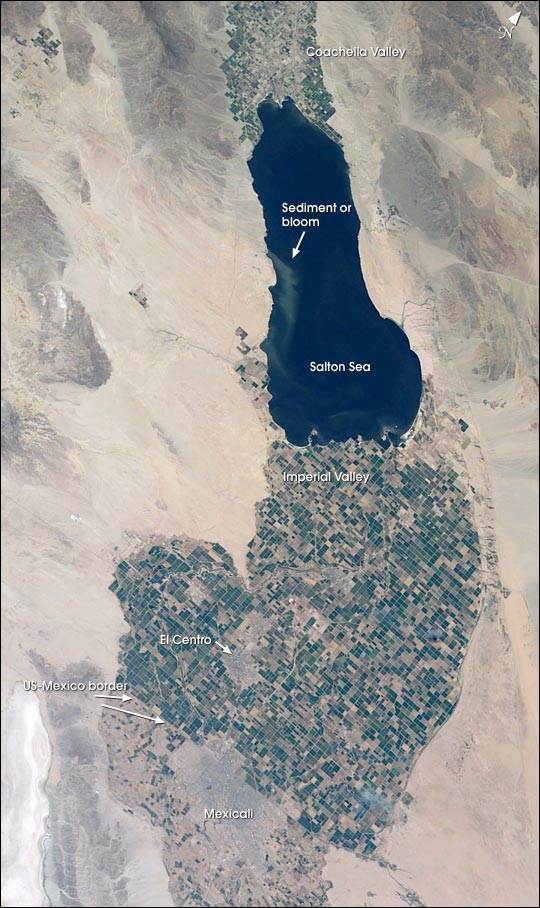 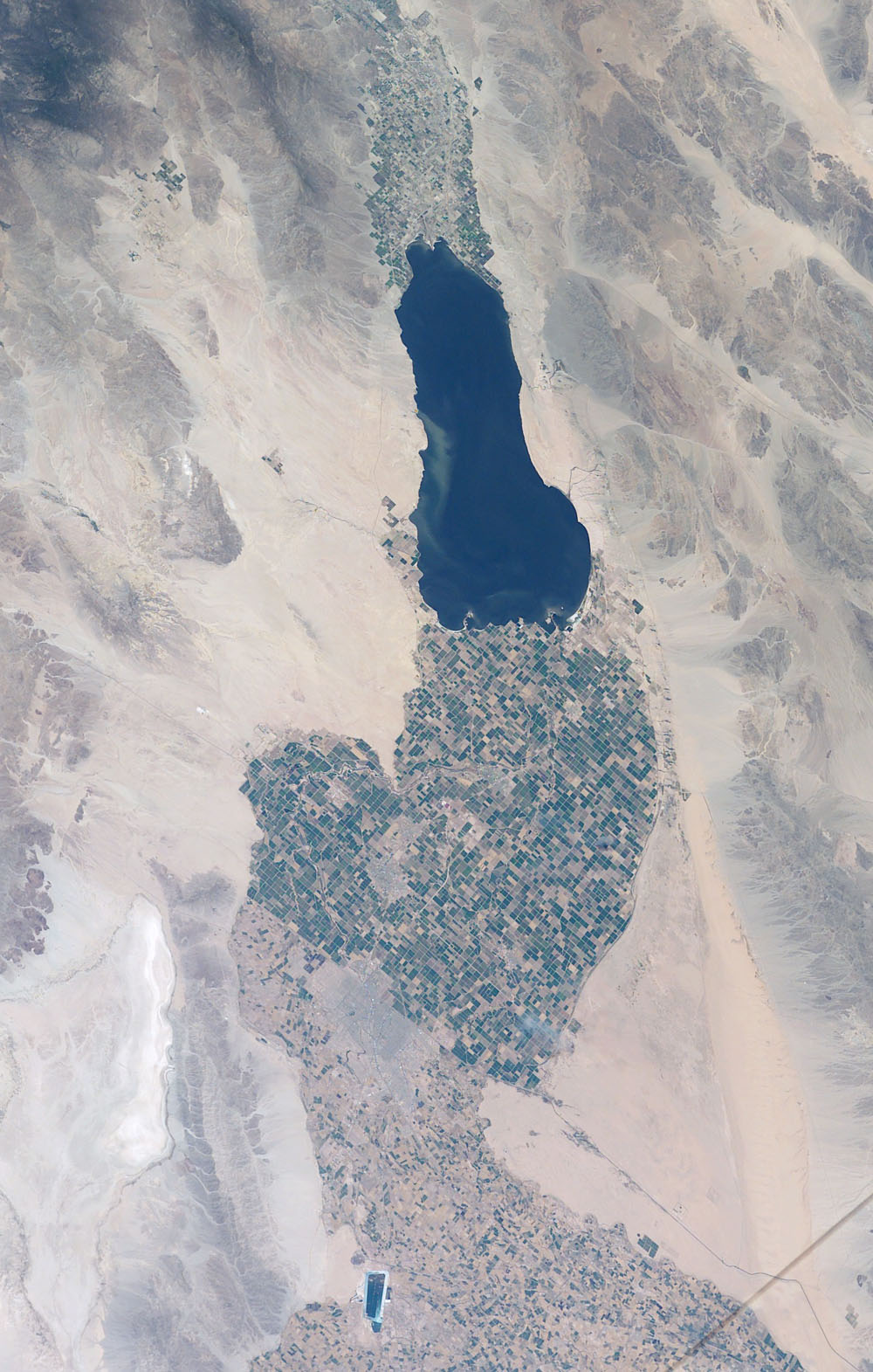 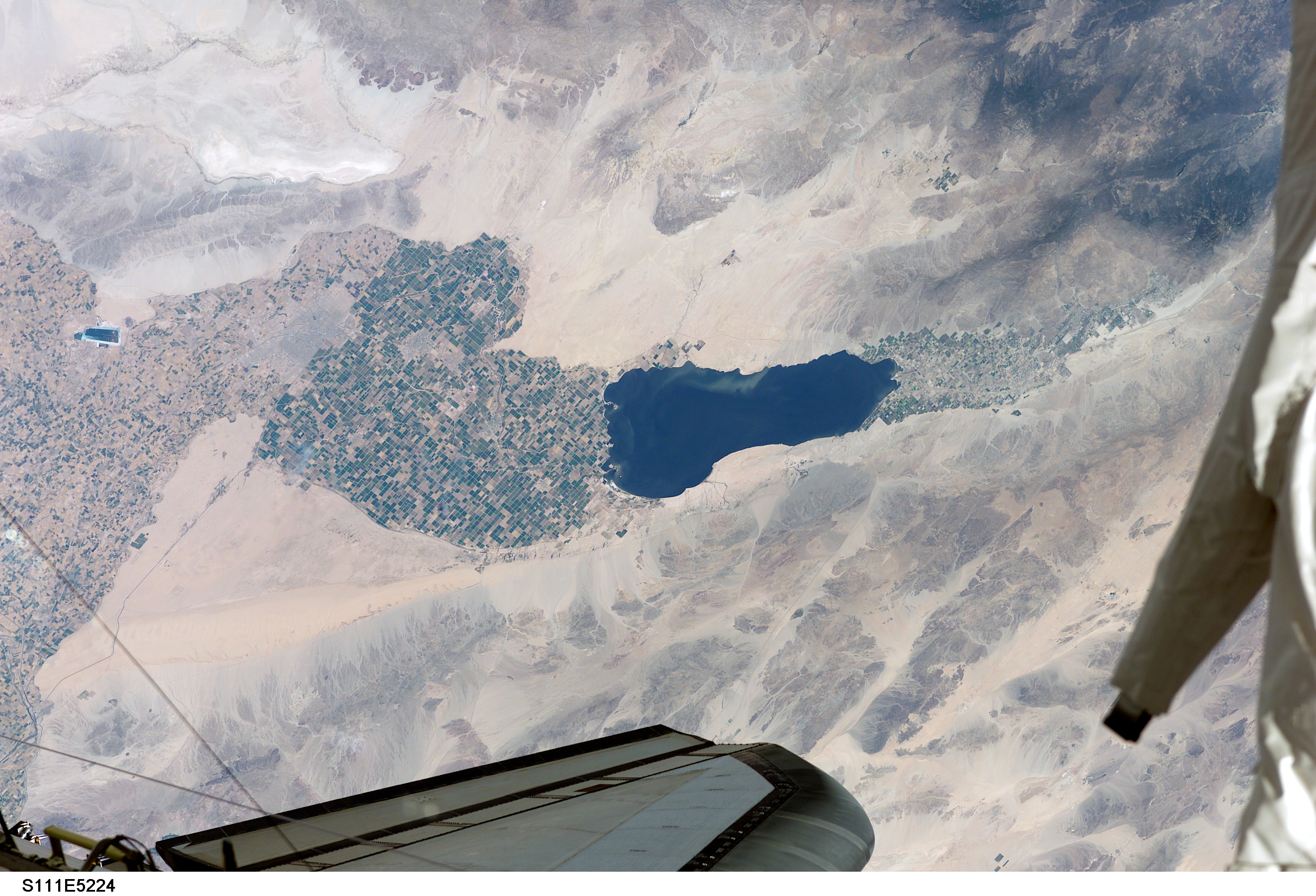 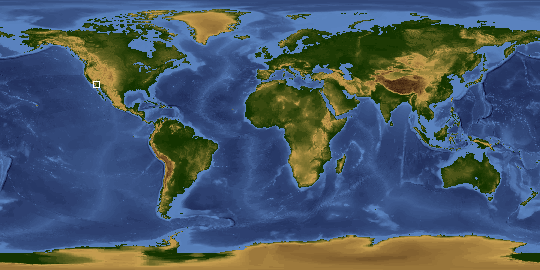 Other options available:
Download Packaged File
Download a Google Earth KML for this Image
View photo footprint information
Download a GeoTIFF for this photo
Image Caption: Southern California's Salton Sea is a prominent visual for astronauts. This large lake supports the rich agricultural fields of the Imperial, Coachella and Mexicali Valleys in the California and Mexico desert. The Salton Sea formed by accident in 1905 when an irrigation canal ruptured, allowing the Colorado River to flood the Salton Basin. Today the Sea performs an important function as the sink for agricultural runoff; water levels are maintained by the runoff from the surrounding agricultural valleys. The Salton Sea salinity is high--nearly 1/4 saltier than ocean water--but it remains an important stopover point for migratory water birds, including several endangered species.

The agricultural flow into the Sea includes nutrients and agricultural by-products, increasing the productivity and likelihood of algae blooms. This image shows either a bloom, or suspended sediment (usually highly organic) in the water that has been stirred up by winds.