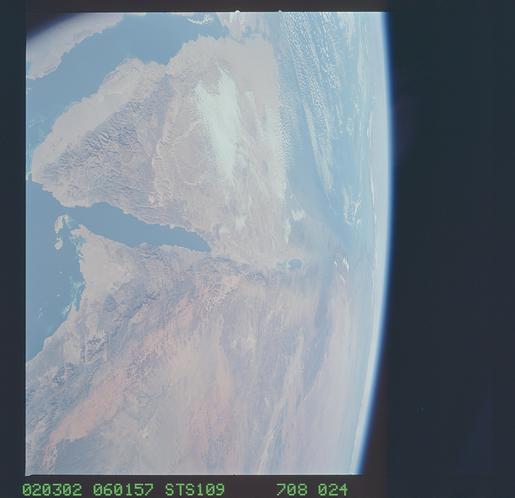 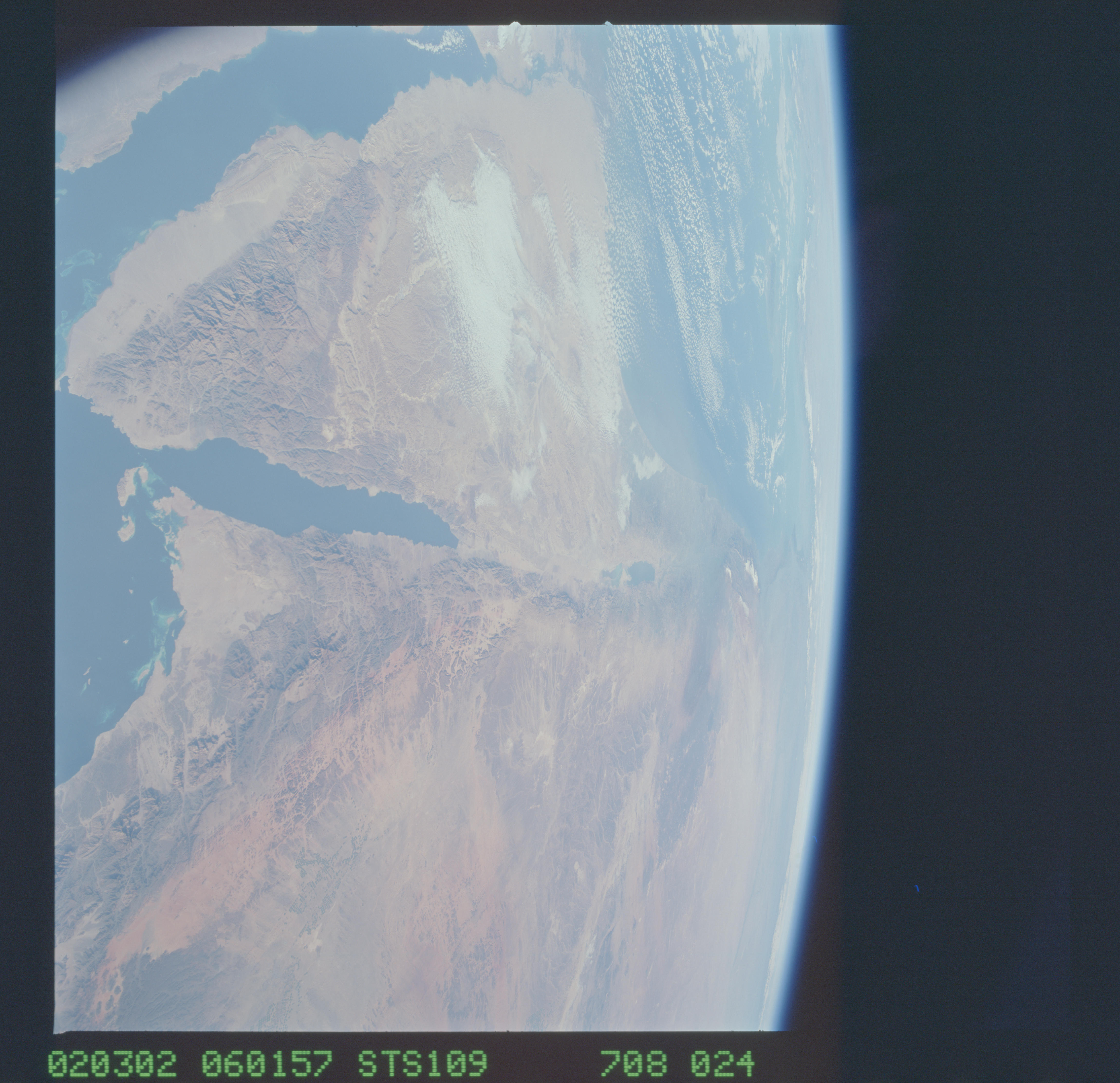 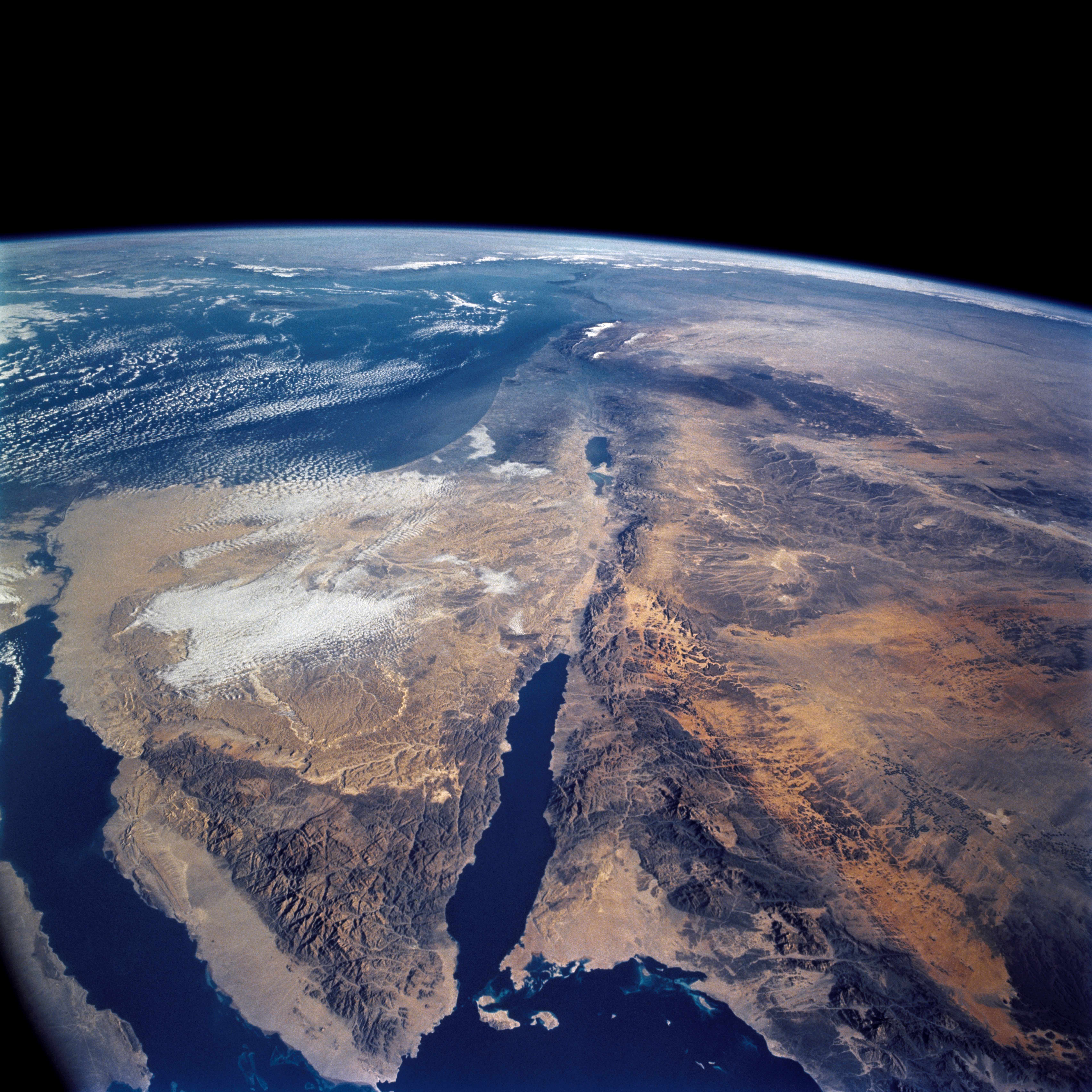 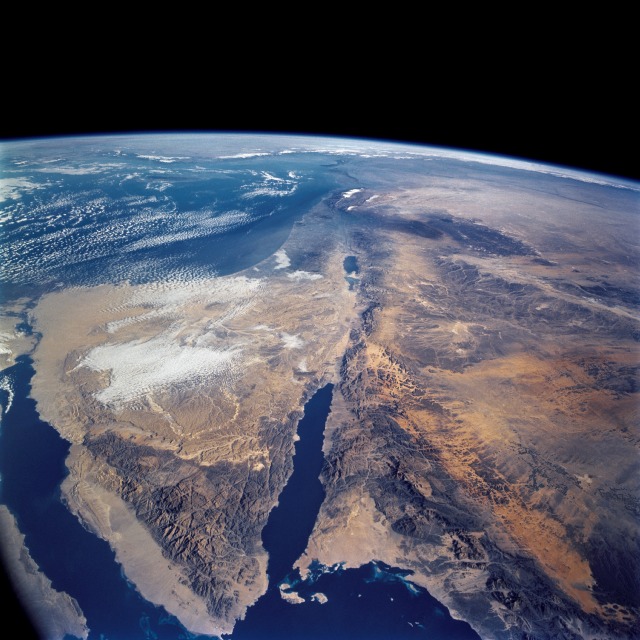 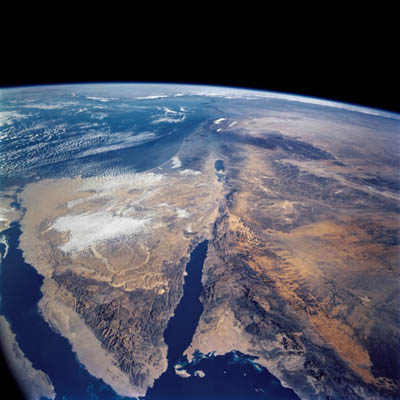 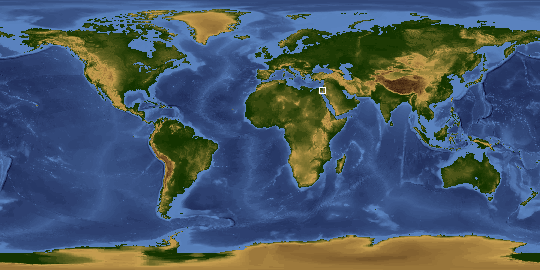 Other options available:
Download Packaged File
Download a Google Earth KML for this Image
View photo footprint information
Image Caption: Sinai Peninsula, Dead Sea Rift
The left side of the view is dominated by the great triangle of the Sinai peninsula, which is partly obscured by an unusual cloud mass on this day. The famous Monastery of St Catherine lies in the very remote, rugged mountains in the southern third of the peninsula (foreground). The Gulf of Aqaba is a finger of the Red Sea bottom center, pointing north to the Dead Sea, the small body of water near the center of the view. The gulf and the Dead Sea are northerly extensions of the same geological rift that resulted in the opening of the Red Sea . The Gulf of Suez appears in the lower left corner. NW Saudi Arabia occupies the lower right side of the view, Jordan and Syria the right and top right, and the Eastern Mediterranean Sea the top left. Thin white lines of cloud have formed along the coastal mountains of southern Turkey and stretch across the top of the view near the Earth's limb.