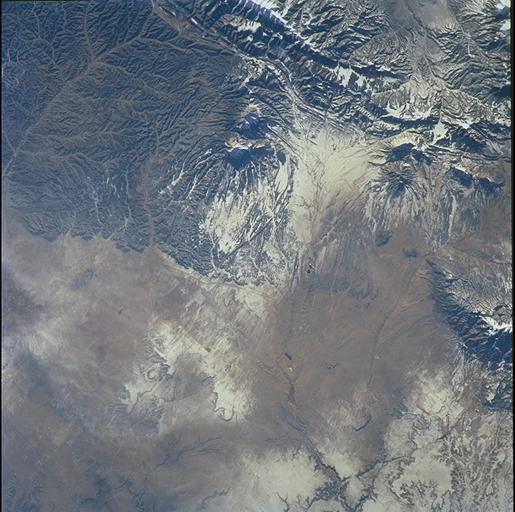 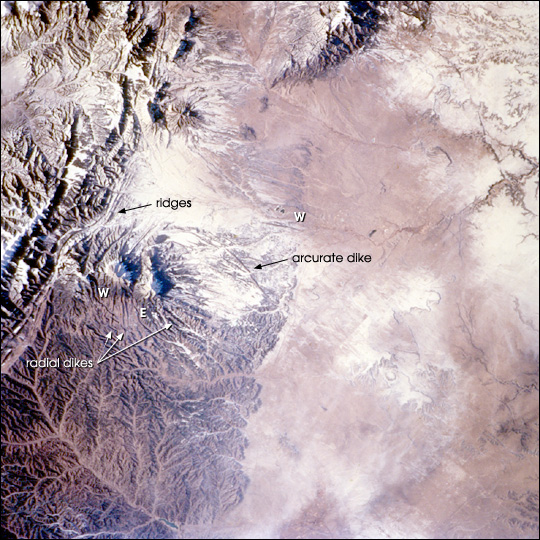 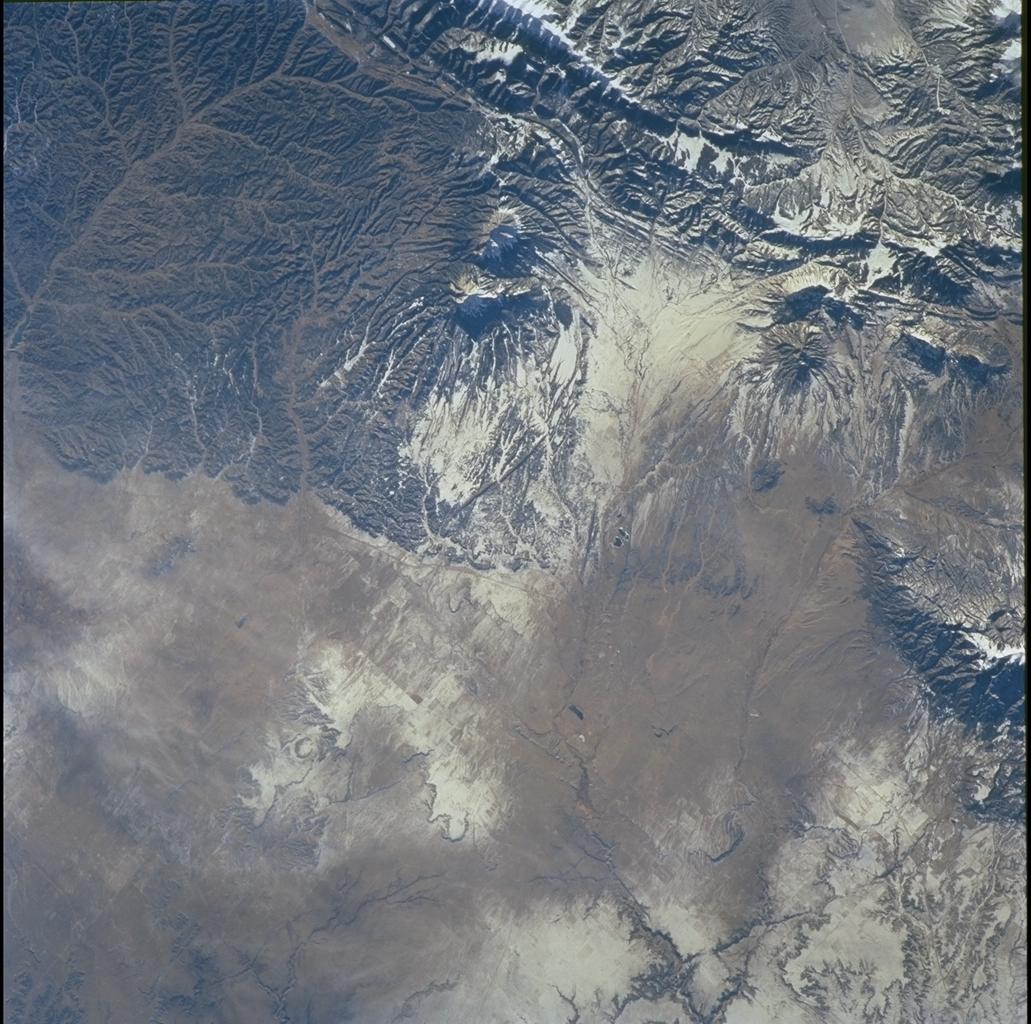 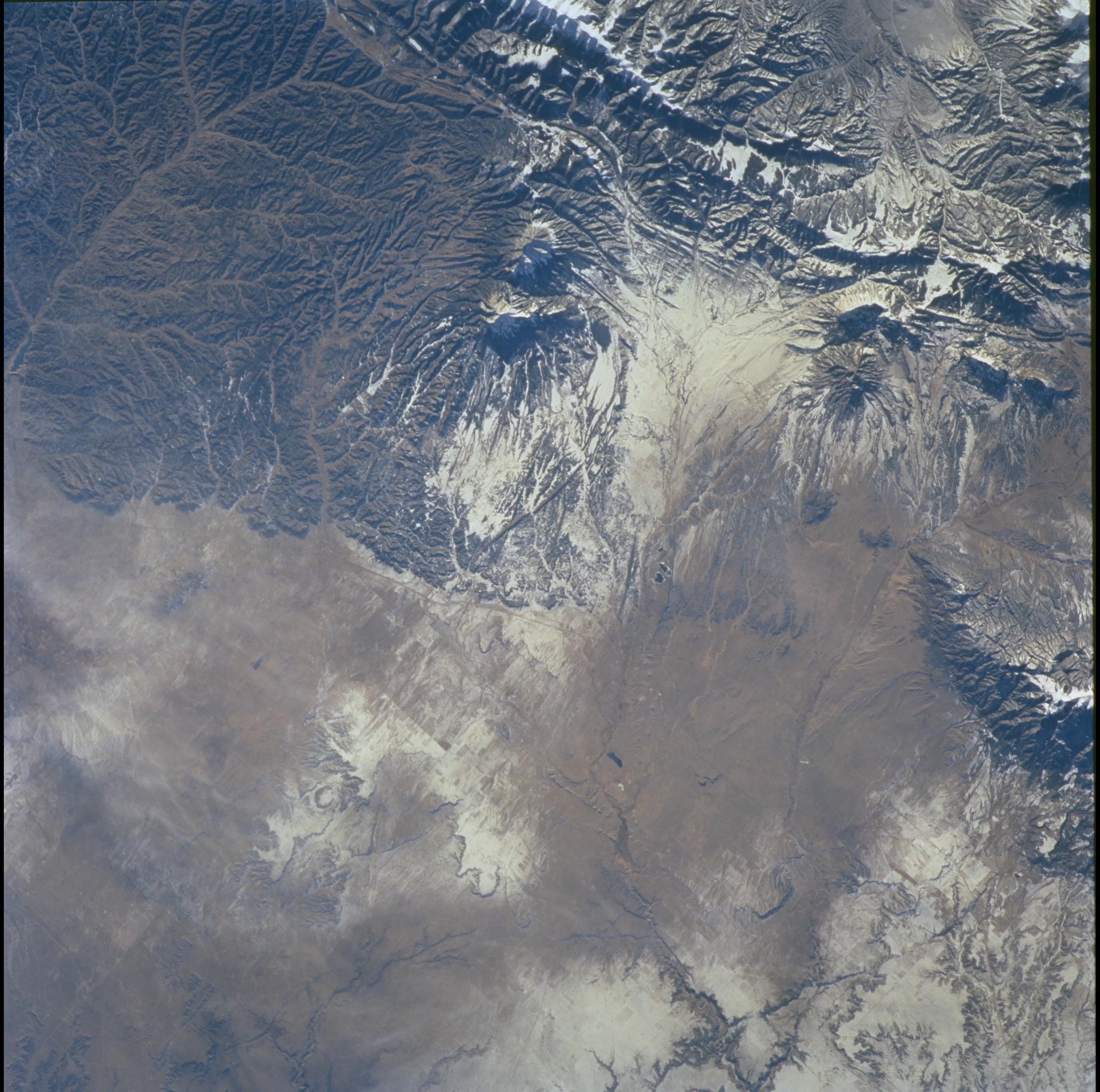 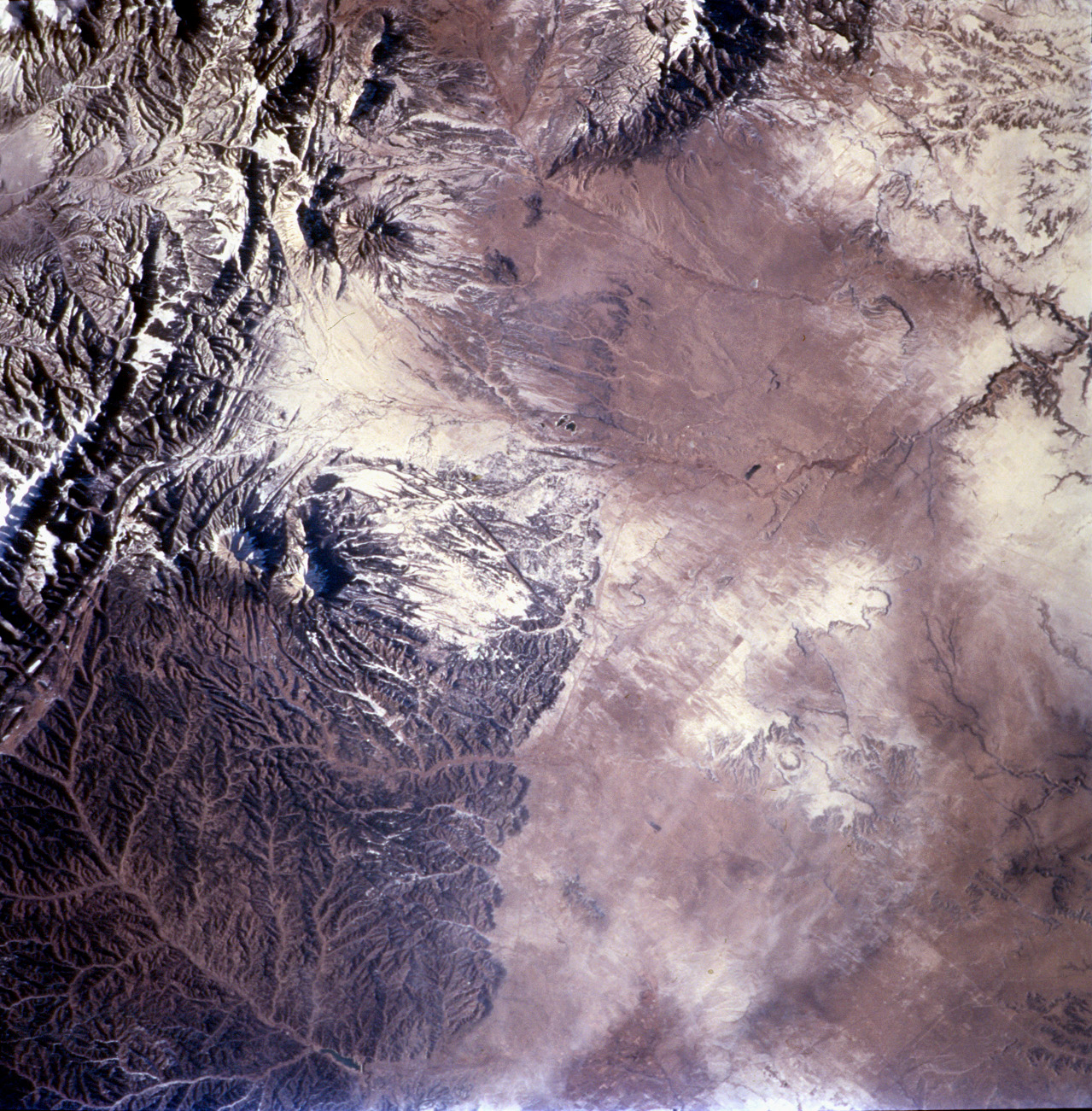 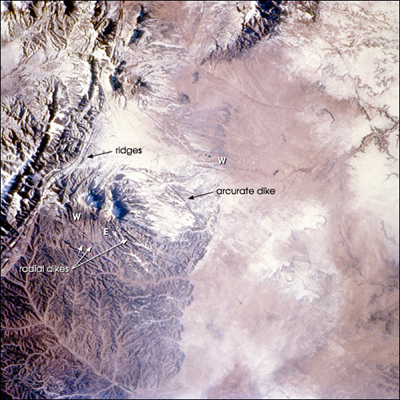 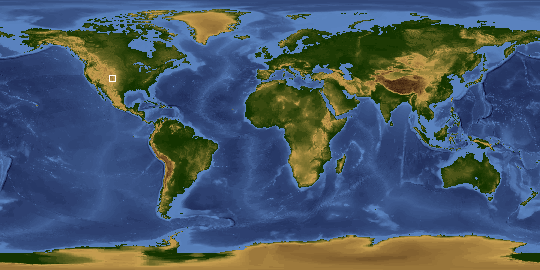 Other options available:
Download Packaged File
Download a Google Earth KML for this Image
View photo footprint information
Image Caption: The Spanish Peaks, on the eastern flank of the Sangre de Cristo range, abruptly rise 7,000 feet above the western Great Plains. Settlers, treasure hunters, trappers, gold and silver miners have long sighted on these prominent landmarks along the Taos branch of the Santa Fe trail. Well before the westward migration, the mountains figured in the legends and history of the Ute, Apache, Comanche, and earlier tribes. "Las Cumbres Espanolas" are also mentioned in chronicles of exploration by Spaniards including Ulibarri in 1706 and later by de Anza, who eventually founded San Francisco (California).

This exceptional view (STS108-720-32), captured by the crew of Space Shuttle mission STS108, portrays the Spanish Peaks in the context of the southern Rocky Mountains. Uplift of the Sangre de Cristo began about 75 million years ago and produced the long north-trending ridges of faulted and folded rock to the west of the paired peaks. After uplift had ceased (~26 to 22 million years ago), the large masses of igneous rock (granite, granodiorite, syenodiorite) that form the Peaks were emplaced (Penn, 1995-2001). East and West Spanish Peaks are "stocks"--bodies of molten rock that intruded sedimentary layers, cooled and solidified, and were later exposed by erosion. East Peak (E), at 12,708 ft is almost circular and is about 5 1/2 miles long by 3 miles wide, while West Peak (W), at 13,623 ft is roughly 2 3/4 miles long by 1 3/4 miles wide.

Great dikes--long stone walls--radiate outward from the mountains like spokes of a wheel, a prominent one forms a broad arc northeast of East Spanish Peak. As the molten rock rose, it forced its way into vertical cracks and joints in the sedimentary strata; the less resistant material was then eroded away, leaving walls of hard rock from 1 foot to 100 feet wide, up to 100 feet high, and as long as 14 miles. Dikes trending almost east-west are also common in the region.