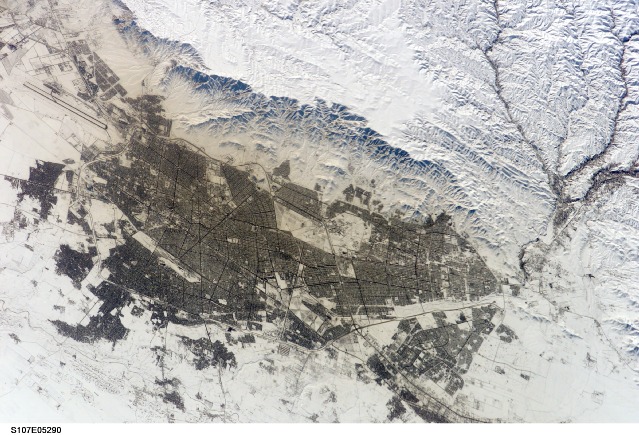 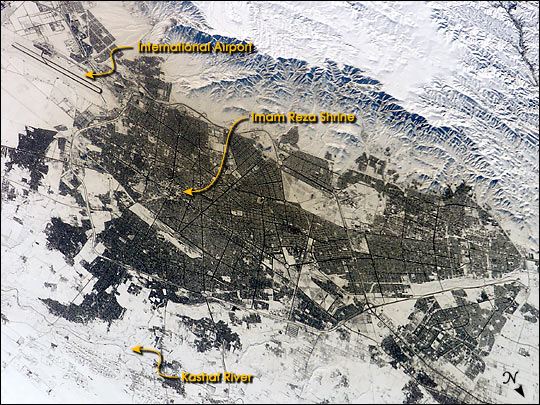 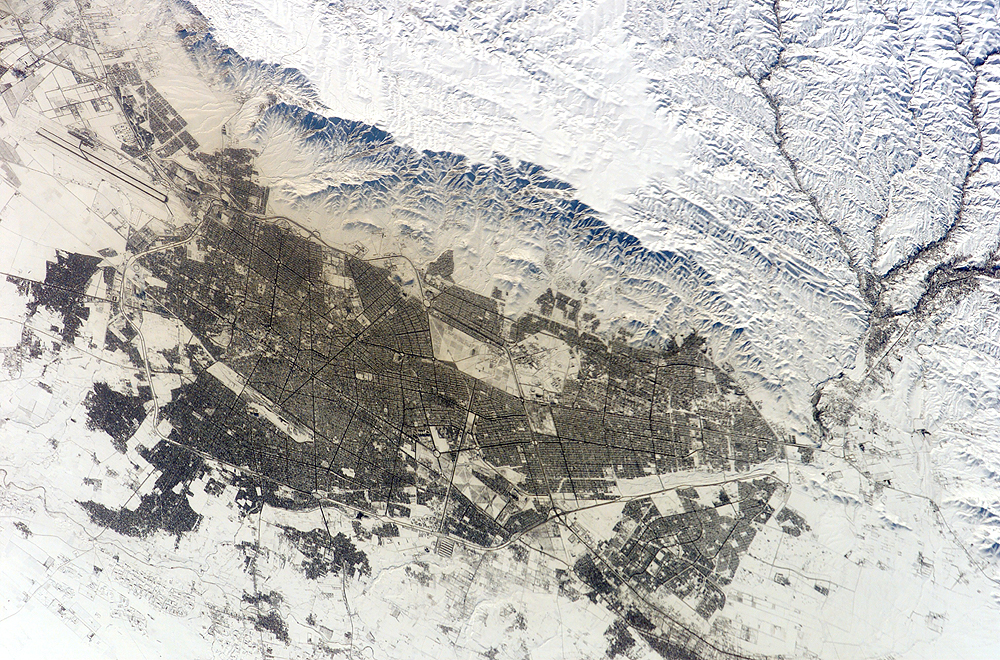 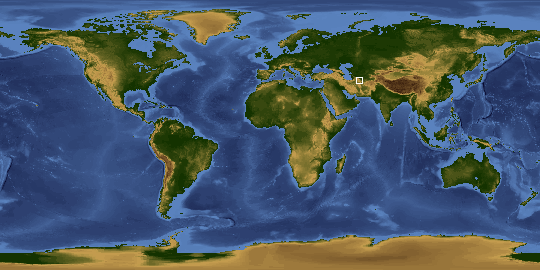 Other options available:
Download Packaged File
Download a Google Earth KML for this Image
View photo footprint information
Download a GeoTIFF for this photo
Image Caption: With a population of just over two million, Mashhad is Iran's second-largest city. It is located in the Kashaf River valley near the northeast corner of the country, not far away from the borders of Turkmenistan and Afganistan. Besides being the capital and center of commerce for Khorasan province, Mashhad is tourist center as well as a site of pilgrimage for millions to the shrine of martyred Shi'ate Imam Reza.

The crew of STS-107 acquired this snow-enhanced image just after noon (local time) on January 21, 2003. The long runways of the international airport, on the southeastern edge of the city, run parallel to the prevailing valley winds. Note how little snow is visible in the urbanized areas and the discoloration of snow in the surrounding area, probably due to wind-borne smoke generated by fuel burning in the city.