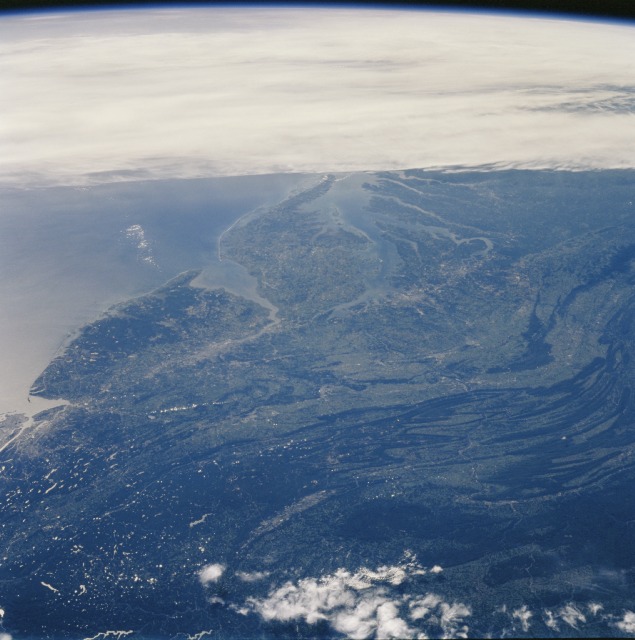 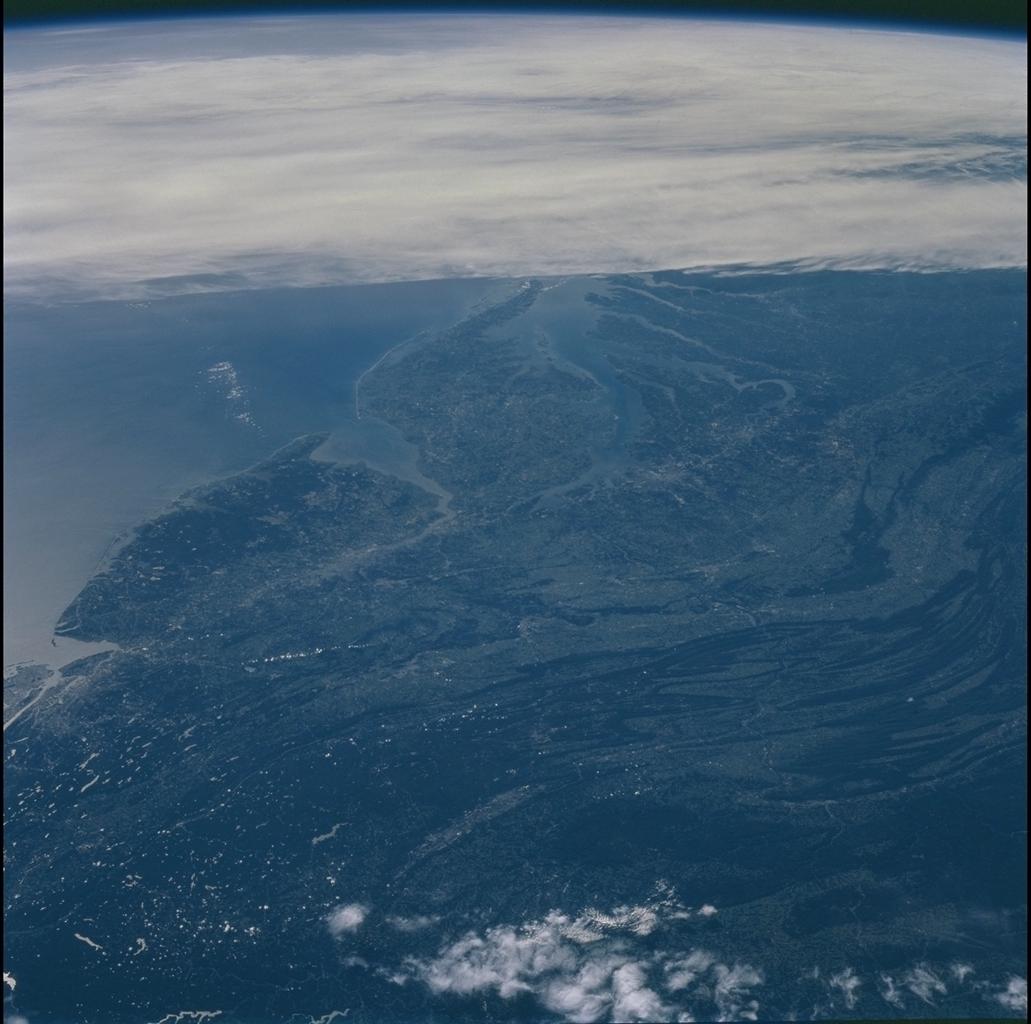 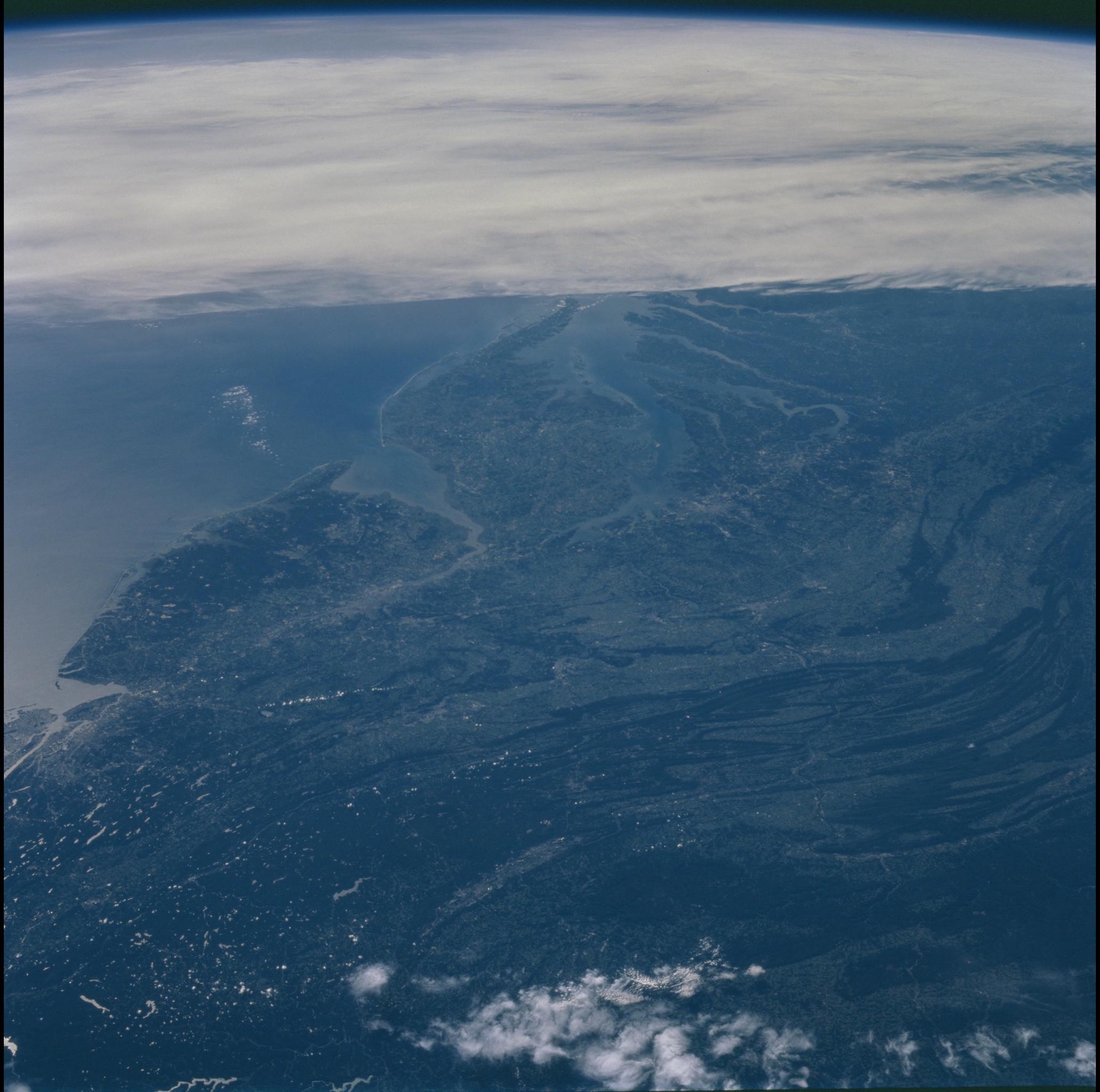 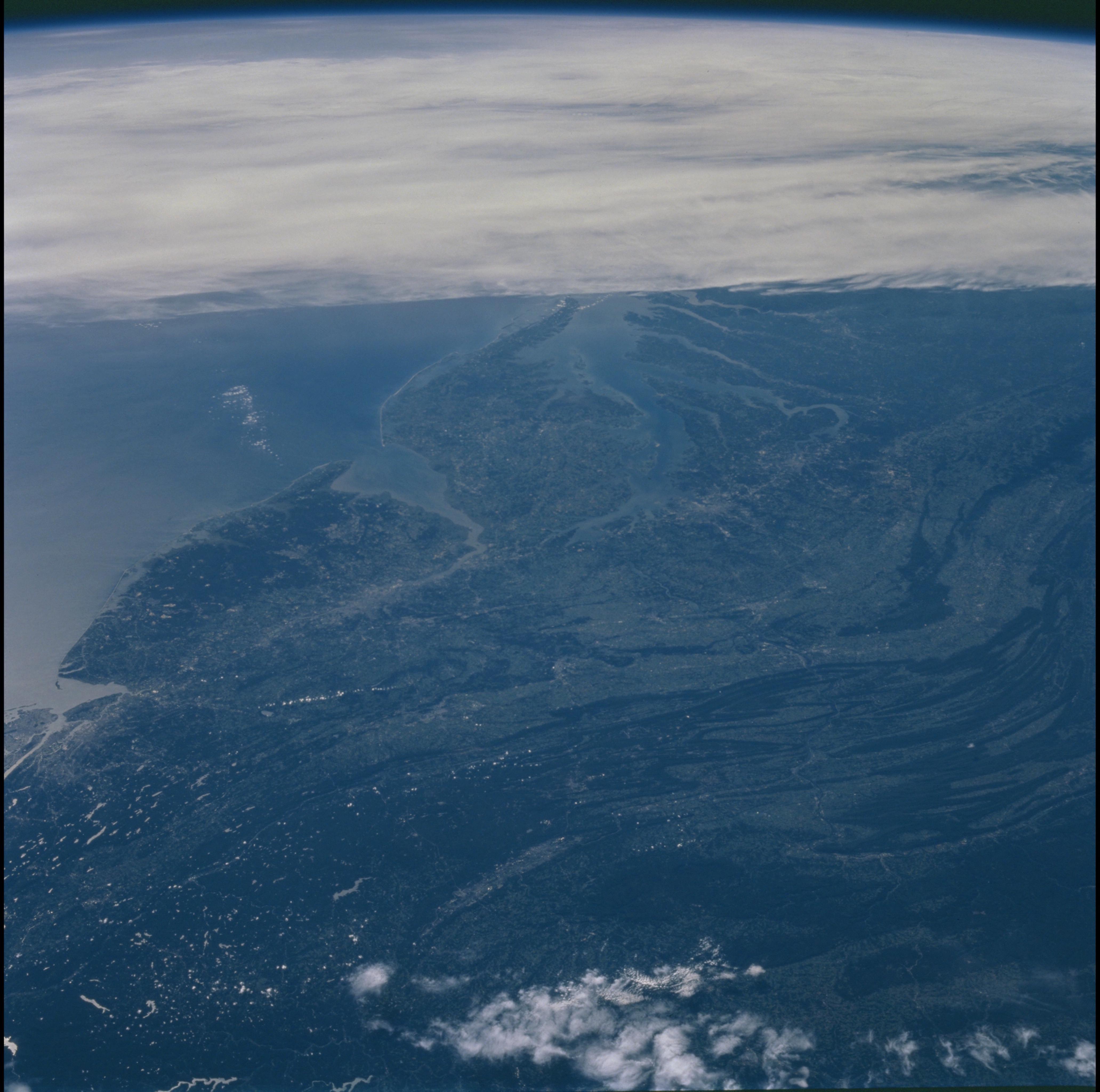 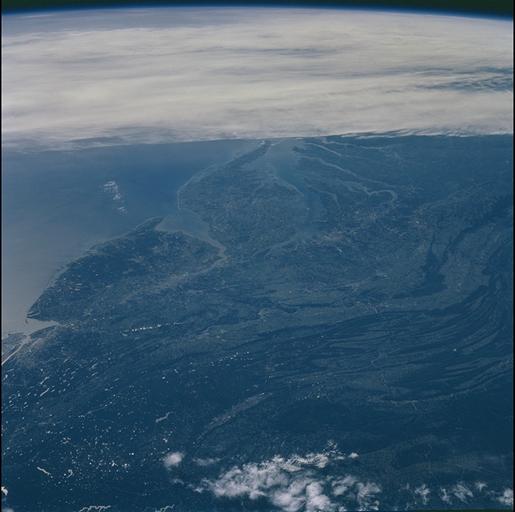 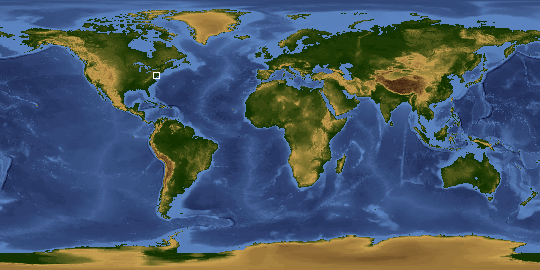 Other options available:
Download Packaged File
Download a Google Earth KML for this Image
View photo footprint information
Image Caption: Source: Kim Willis
Northeastern Coast of the United States
The crew of STS-106 was probably over the Great Lakes, looking southeast
towards the coast when they took this panoramic photograph. Clouds
almost touch the southern tip of the Delmarva peninsula. To the west of
the peninsula is the Chesapeake Bay, to the north is the New Jersey
peninsula. The most prominent city visible is Baltimore, along the coast
of the Chesapeake. The Potomac River is identifiable because of its
distinctive hook-shape. At the end of the "hook" is Washington DC. The
dark green linear features further inland are the Appalachian Mountains.