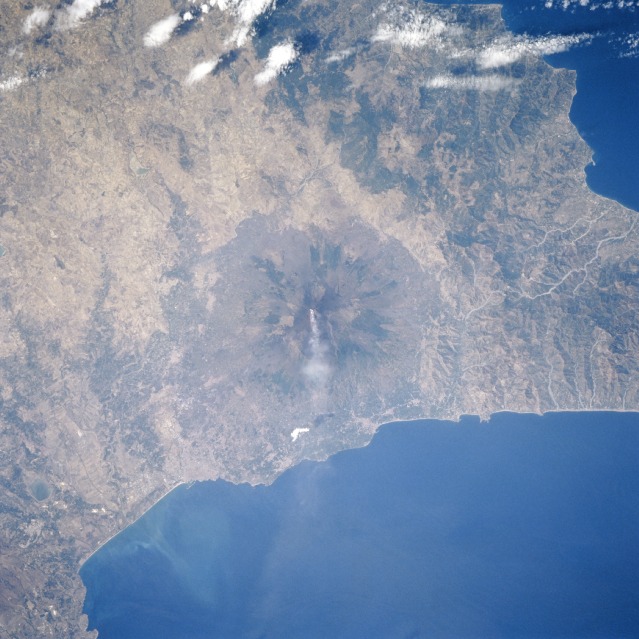 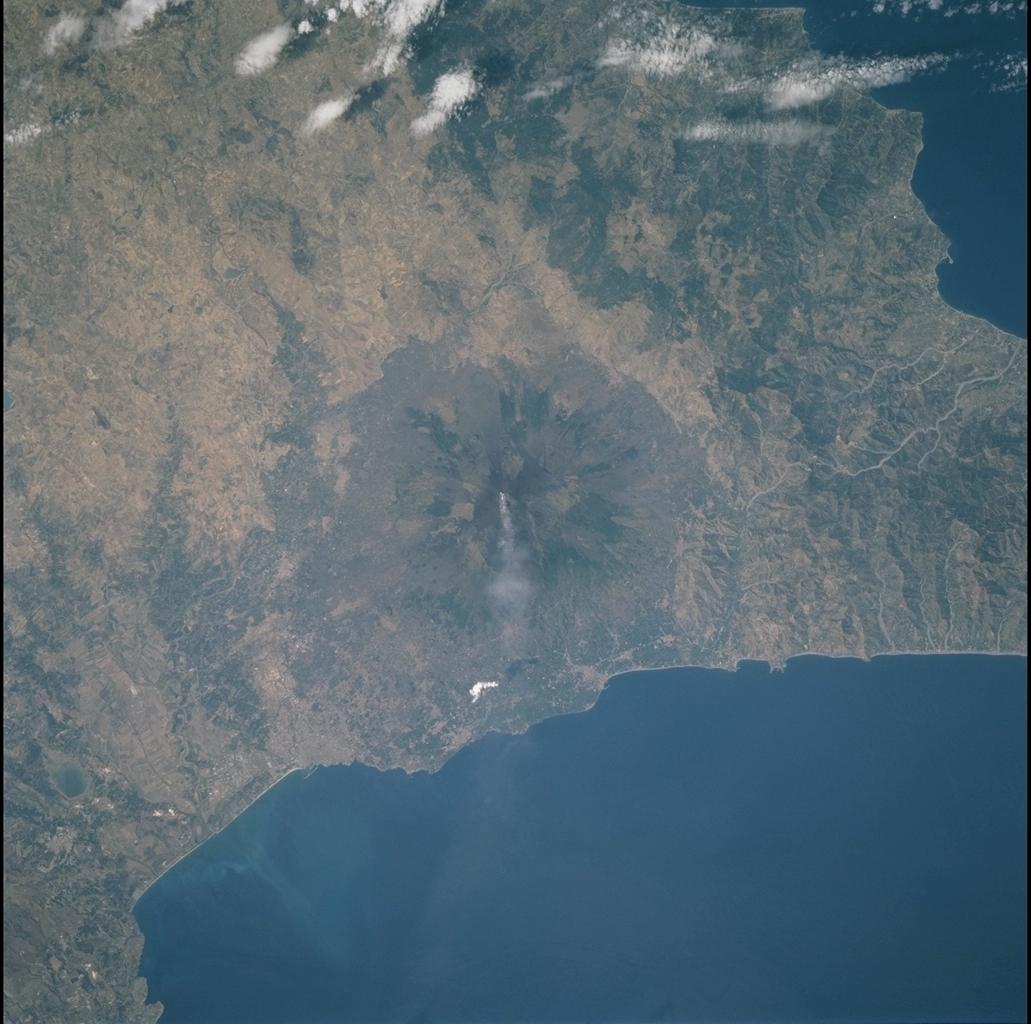 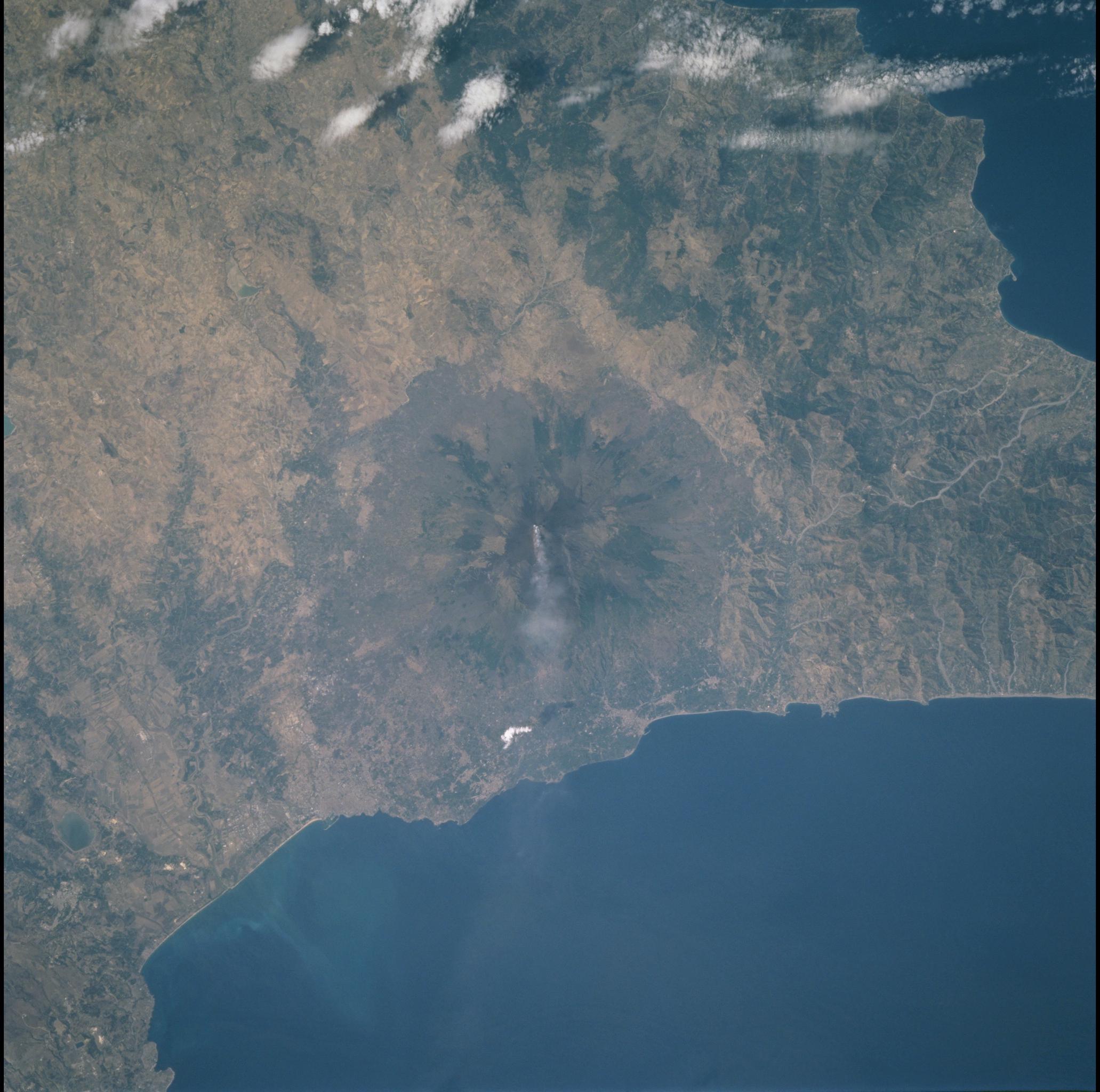 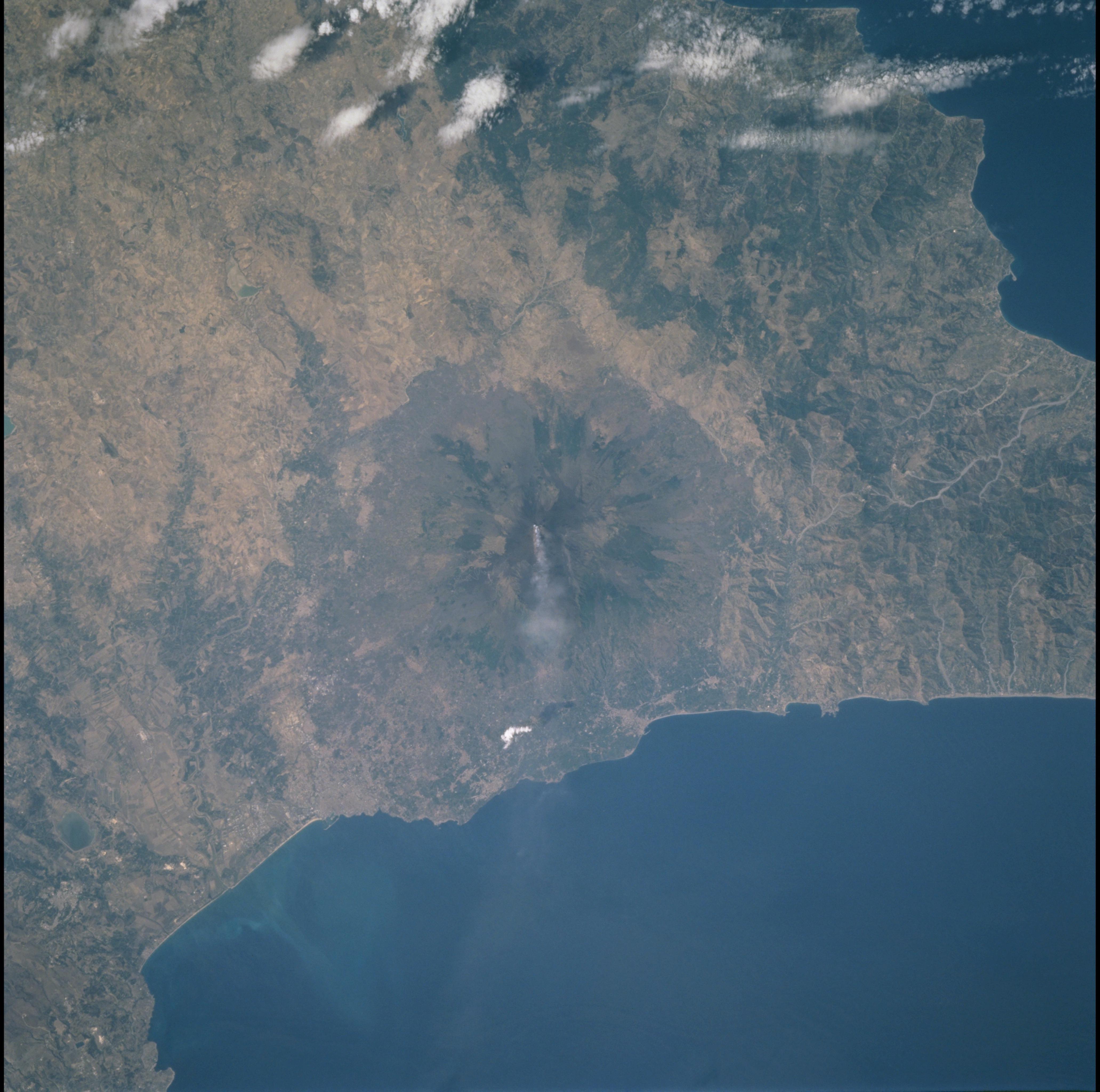 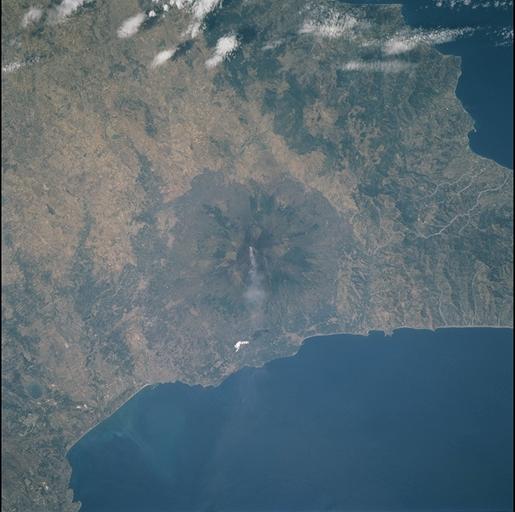 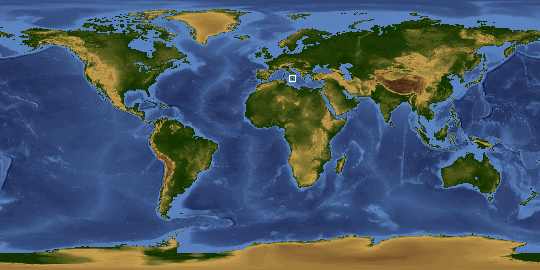 Other options available:
Download Packaged File
Download a Google Earth KML for this Image
View photo footprint information
Image Caption: Source: Justin Wilkinson
Etna Volcano, Sicily, Italy
Mt. Etna is known as the volcano with the longest record of volcanic
activity with the firdst historic eruption in fifteen hundred years BC.
It has erupted many since then and is almost continuously venting gas
and steam, as shown in this view. Astronauts can almost be assured of
seeing some venting whenever they fly. Mt. Etna appears as a cone with
an almost circular base in this near-vertical view. The Salso River
winds around the western and southern flanks of the volcano. The city of
Catania appears as a diffuse gray patch at the foot of the volcano where
the river meets the Mediterranean Sea.

Mt. Etna has a complex of cones at its summit, which is nearly 3300
meters above sea level. Its slopes are a patchwork of colors, the darker
colors being lava flows of different ages. Greens are patches of forest
on slopes which have not been disrupted by lava and ash in the last few
decades. Mt. Etna is a constructional landform which has been built
upwards for millennia; it contrasts subtly but distinctly in this view
with the surrounding lower hills which are water-eroded landforms
everywhere sculpted into V-shaped valleys by the erosive power of
flowing water of streams.