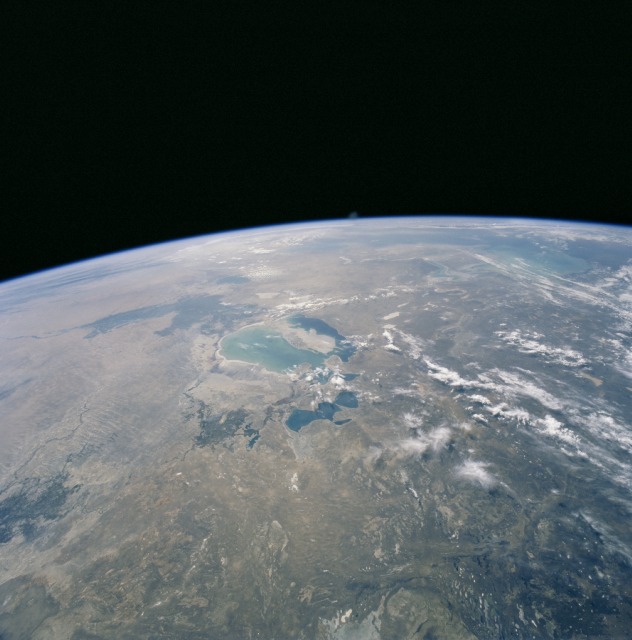 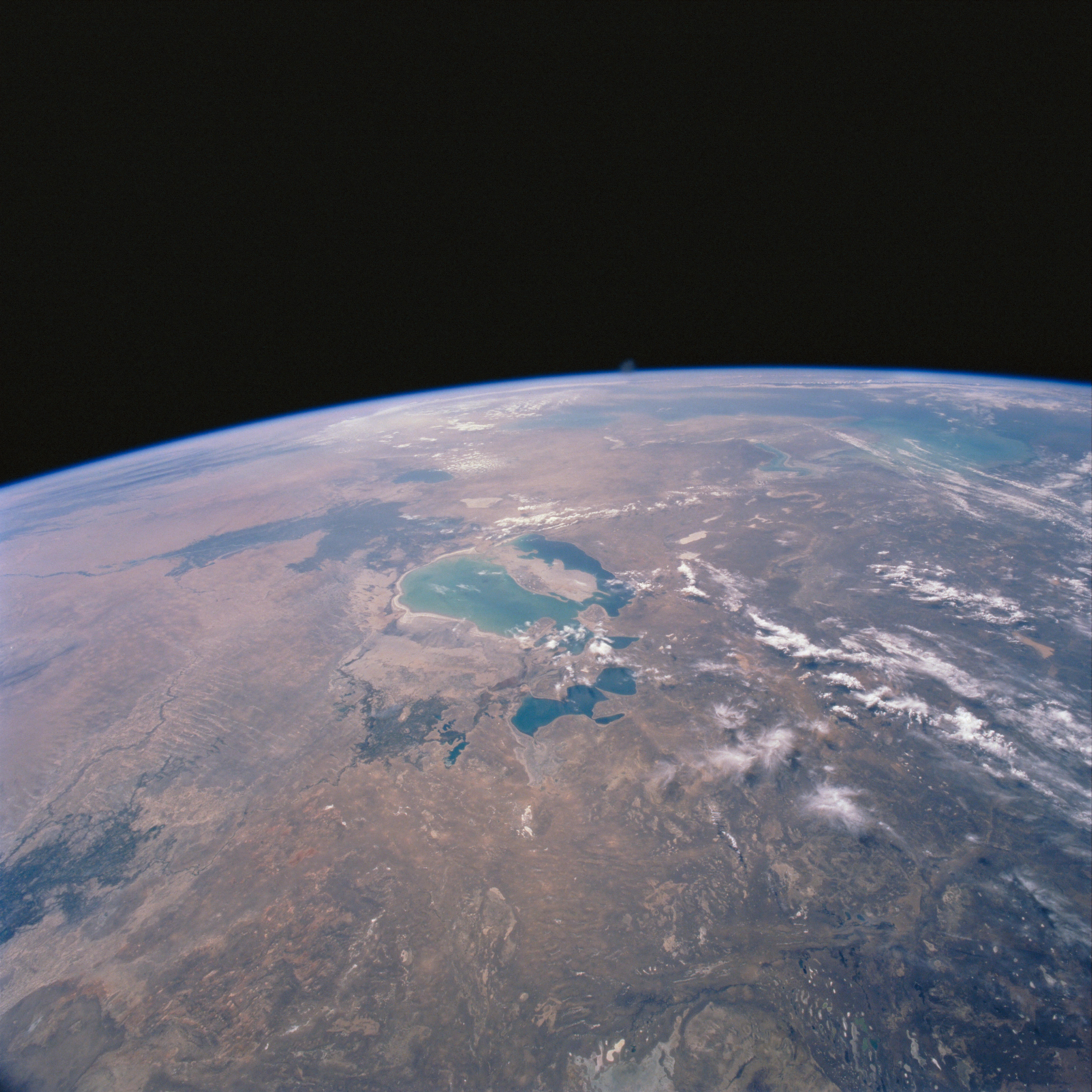 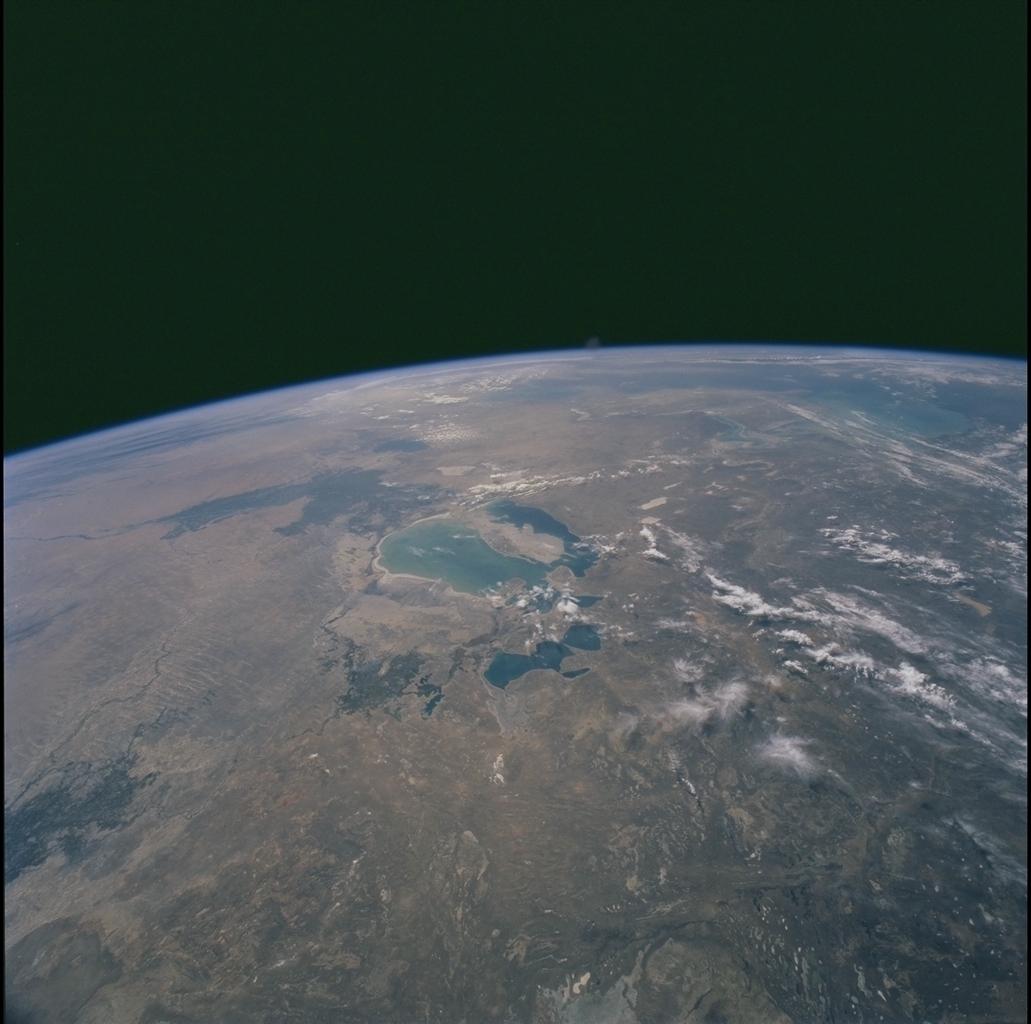 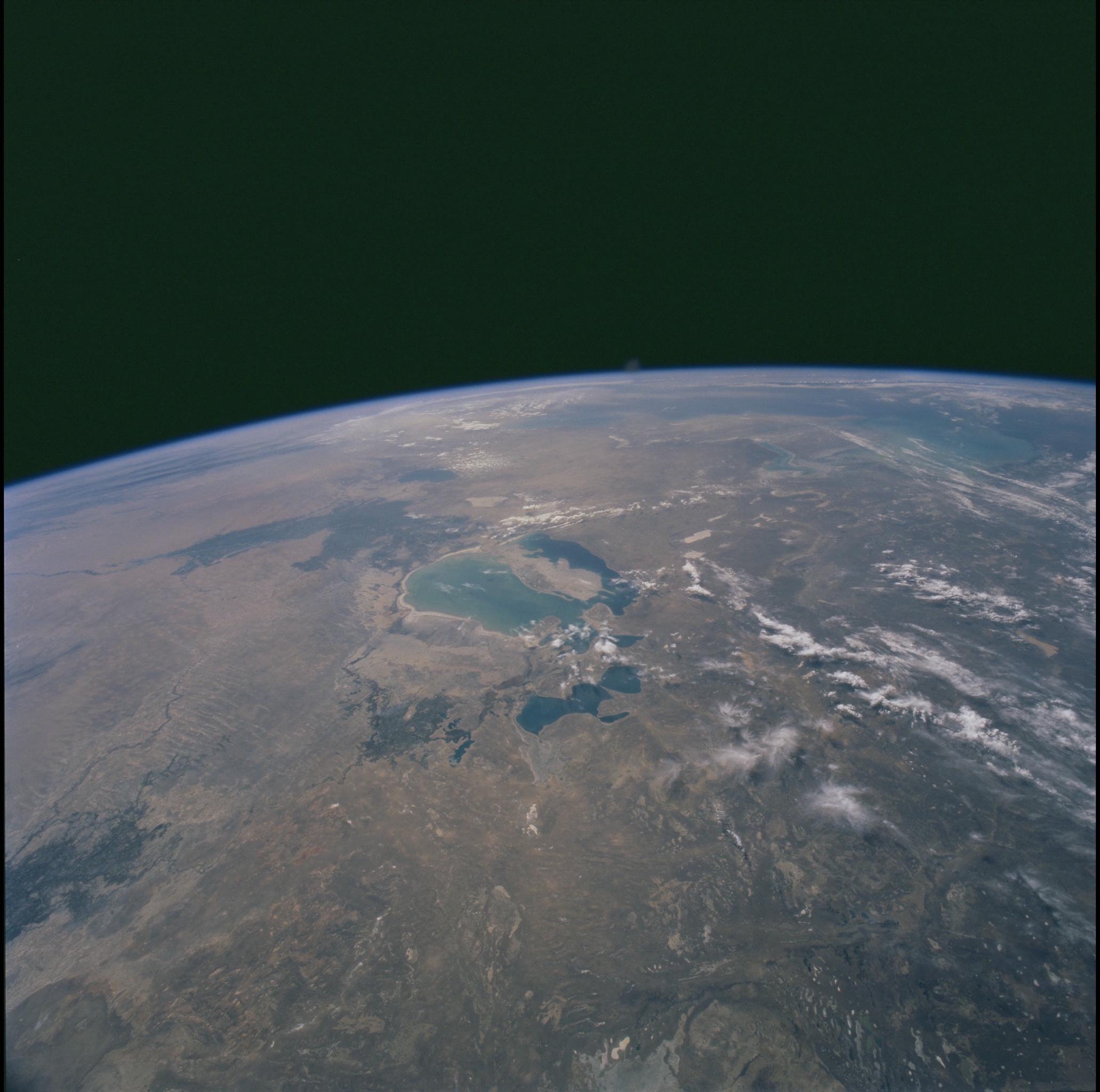 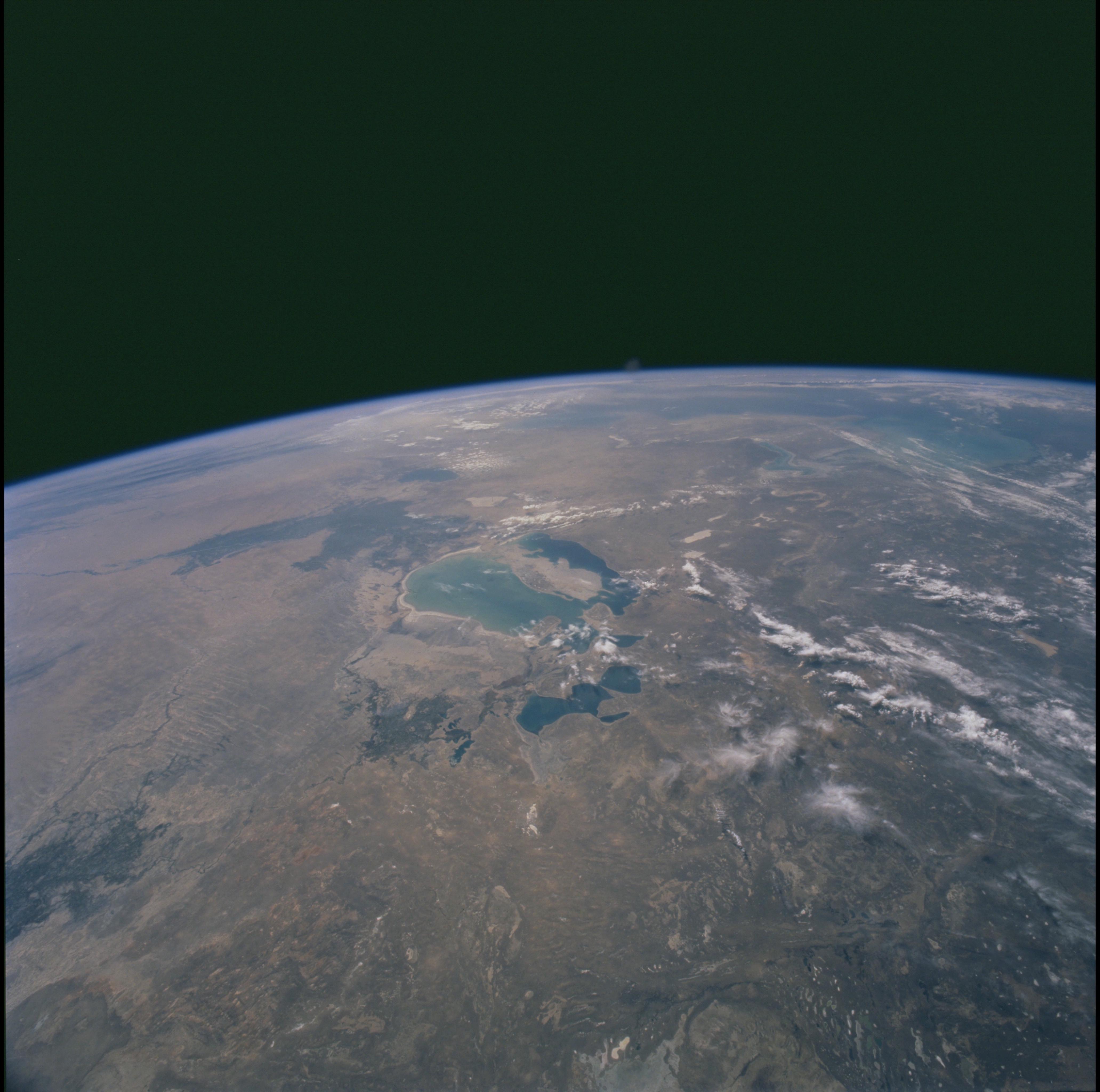 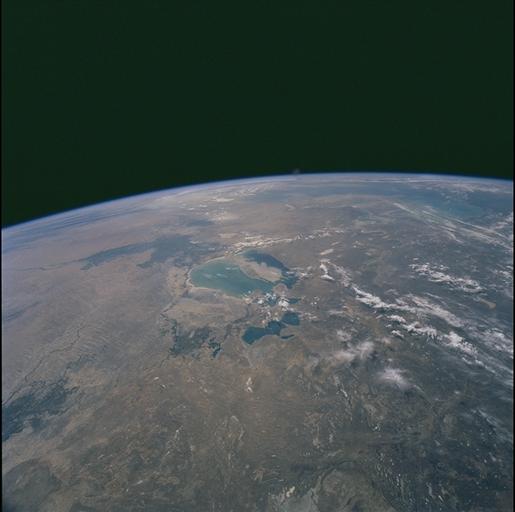 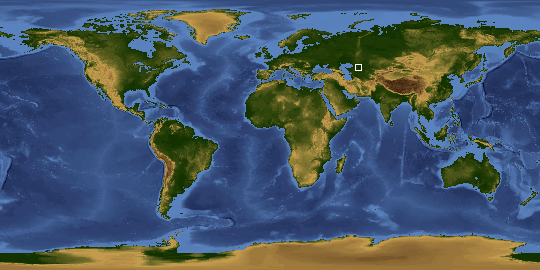 Other options available:
Download Packaged File
Download a Google Earth KML for this Image
View photo footprint information
Image Caption: Source:Patricia W. Dickerson
Aral' Sea, Kazakhstan and Uzbekistan
The Aral' Sea has diminished dramatically since the 1950's, when
ambitious agricultural water-diversion projects began along the Amu
Darya and Syr Darya rivers. By 1990, the surface area of the Aral' had
decreased by more than 50 percent, and the salinity had tripled since
1960, when the sea covered about 68,000 square kilometers. The most
noticeable changes observed from orbit betweeen January, 1998 and
September, 2000 have been the expansion of the large north-trending
island, the decrease in total water area, and the isolation of the
smaller northern water body.