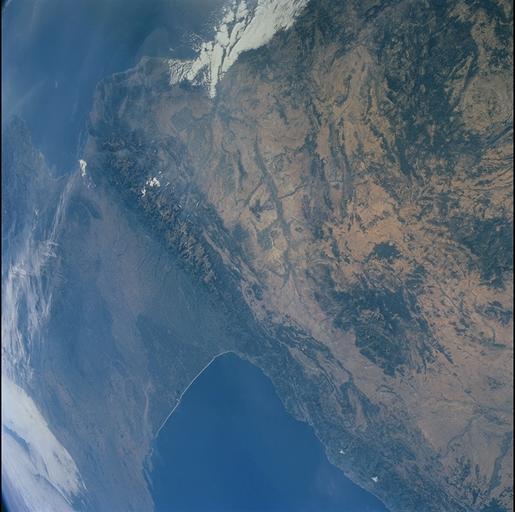 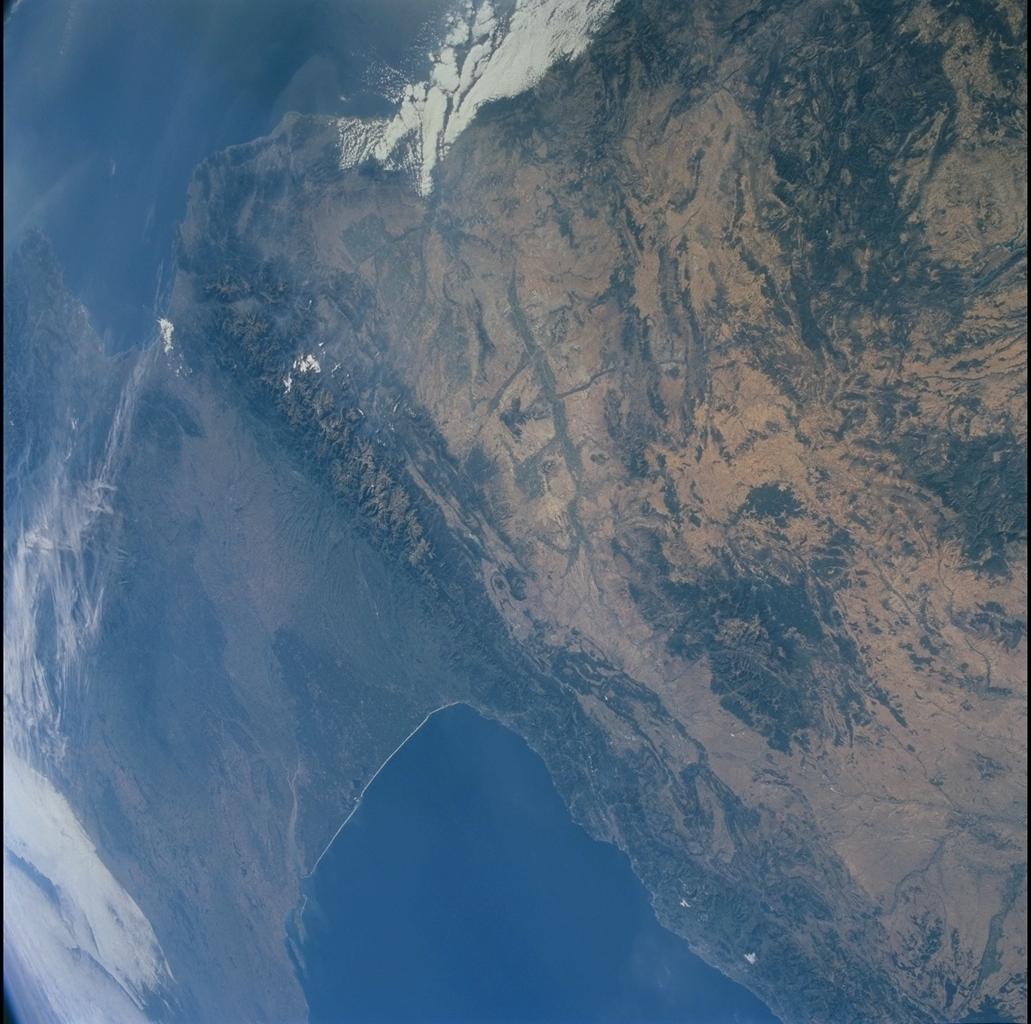 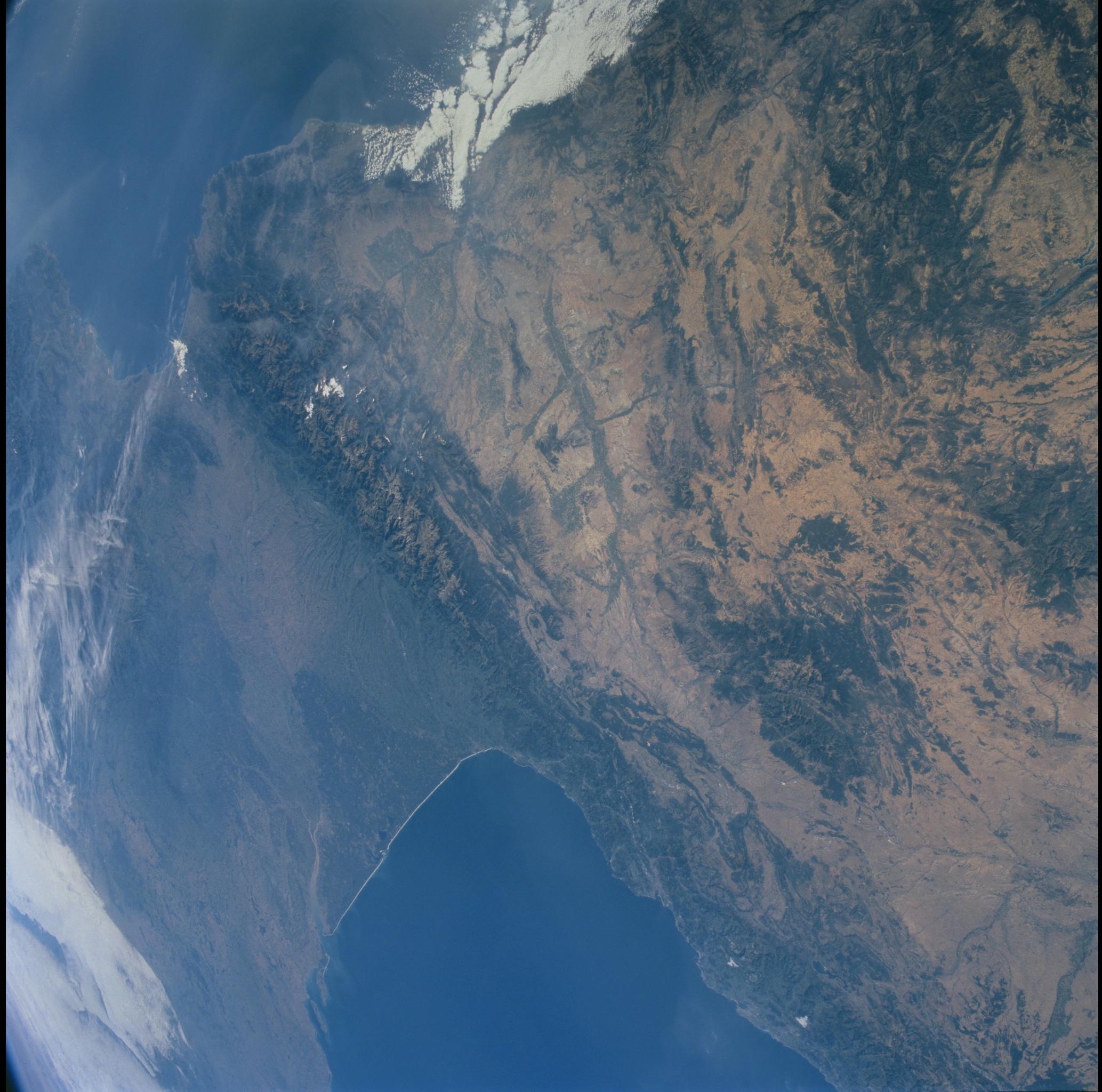 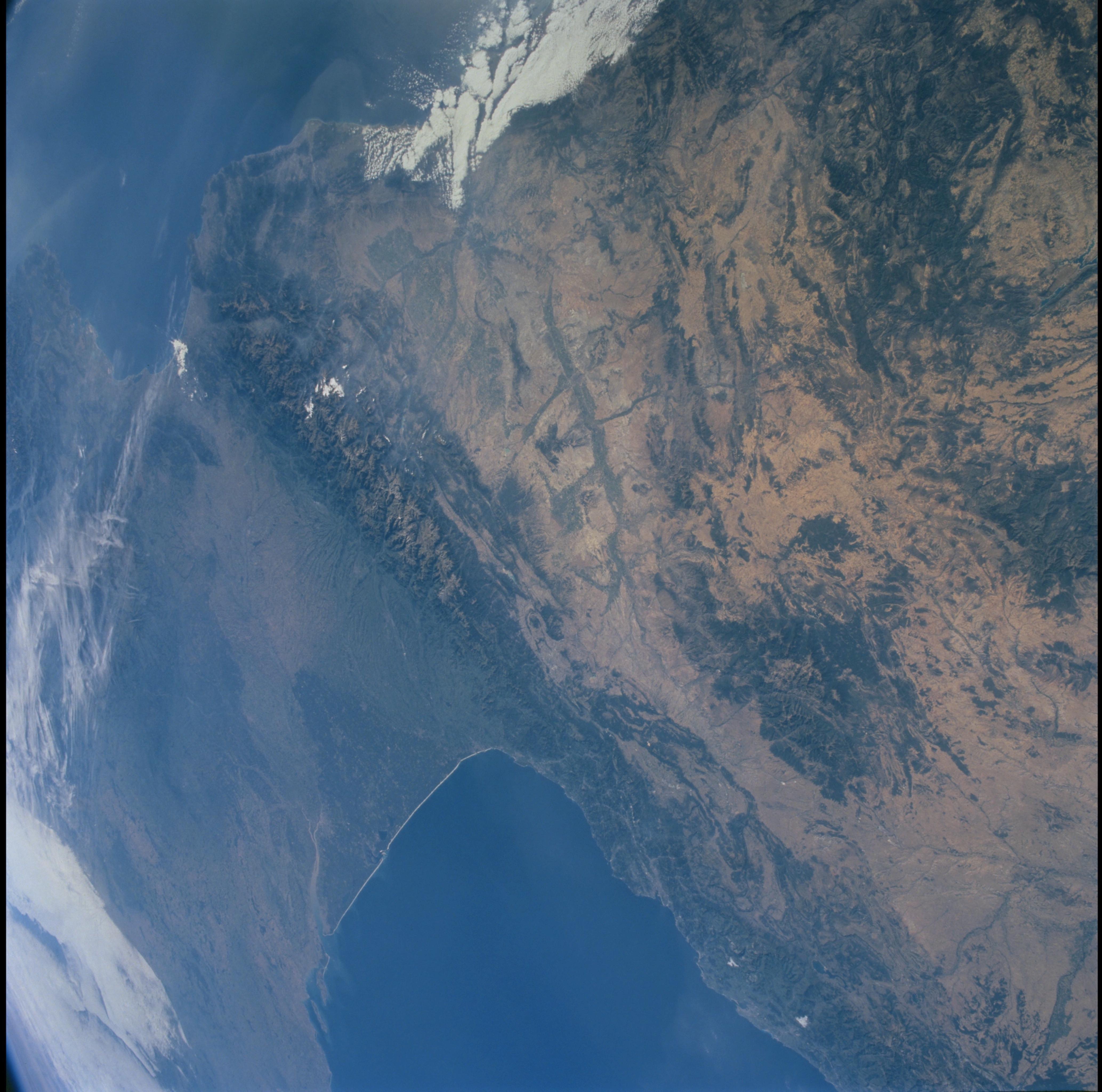 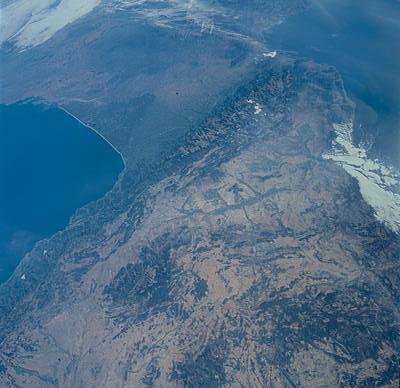 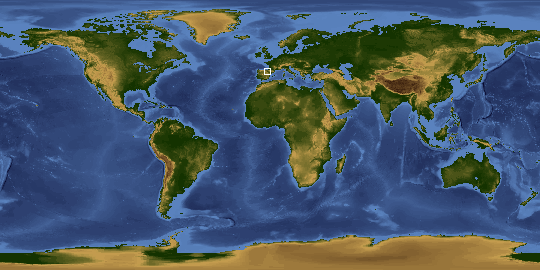 Other options available:
Download Packaged File
Download a Google Earth KML for this Image
View photo footprint information
Image Caption: Source:Patricia W. Dickerson
The Pyrenees
The Pyrenees (highest point 3404 m), extends from the Bay of Biscay
(west) to the Gulf of Lyon (east); Spain lies south of the range, France
is to the north, and Andorra is entirely within the range near the
eastern snow patch. The Pyrenees began forming about 80 million years
ago, during early stages of Eurasian-African plate collision; in
contrast, the Cordillera Cantabrica, along the north coast of Spain, is
a more deeply eroded ancient mountain chain that was uplifted roughly
320 million years ago. There is a long history of mining in the Pyrenees
-- tin, tungsten, talc, fluorite, barium and gold, and petroleum is
produced from the adjacent Aquitaine basin of France.