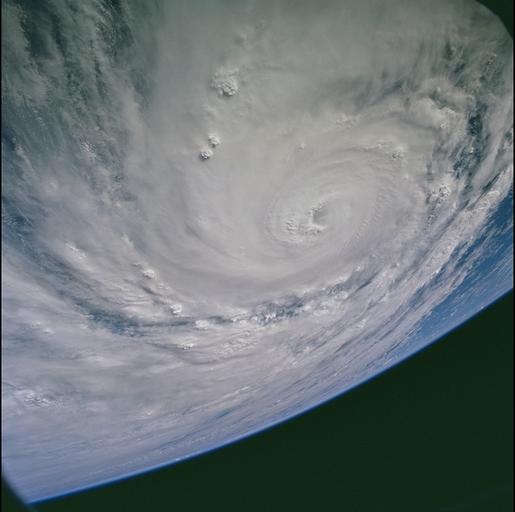 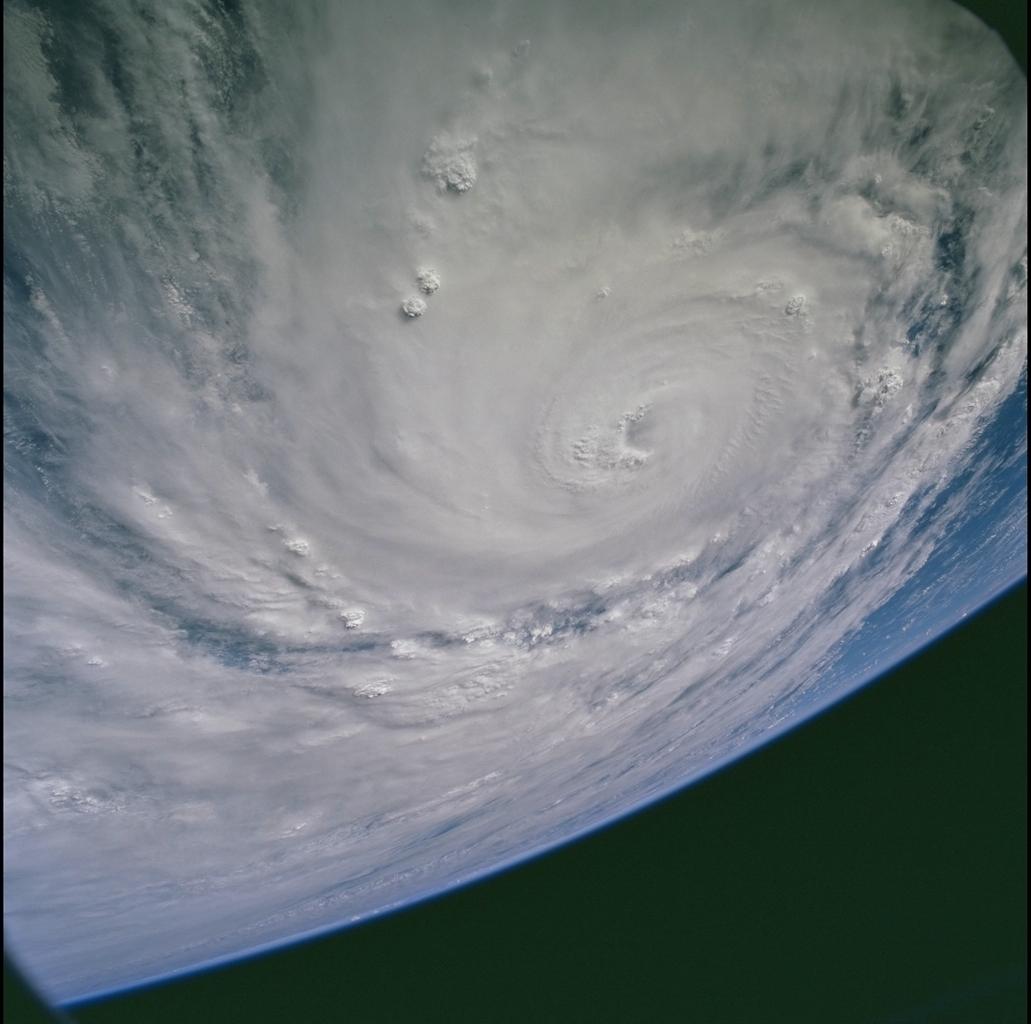 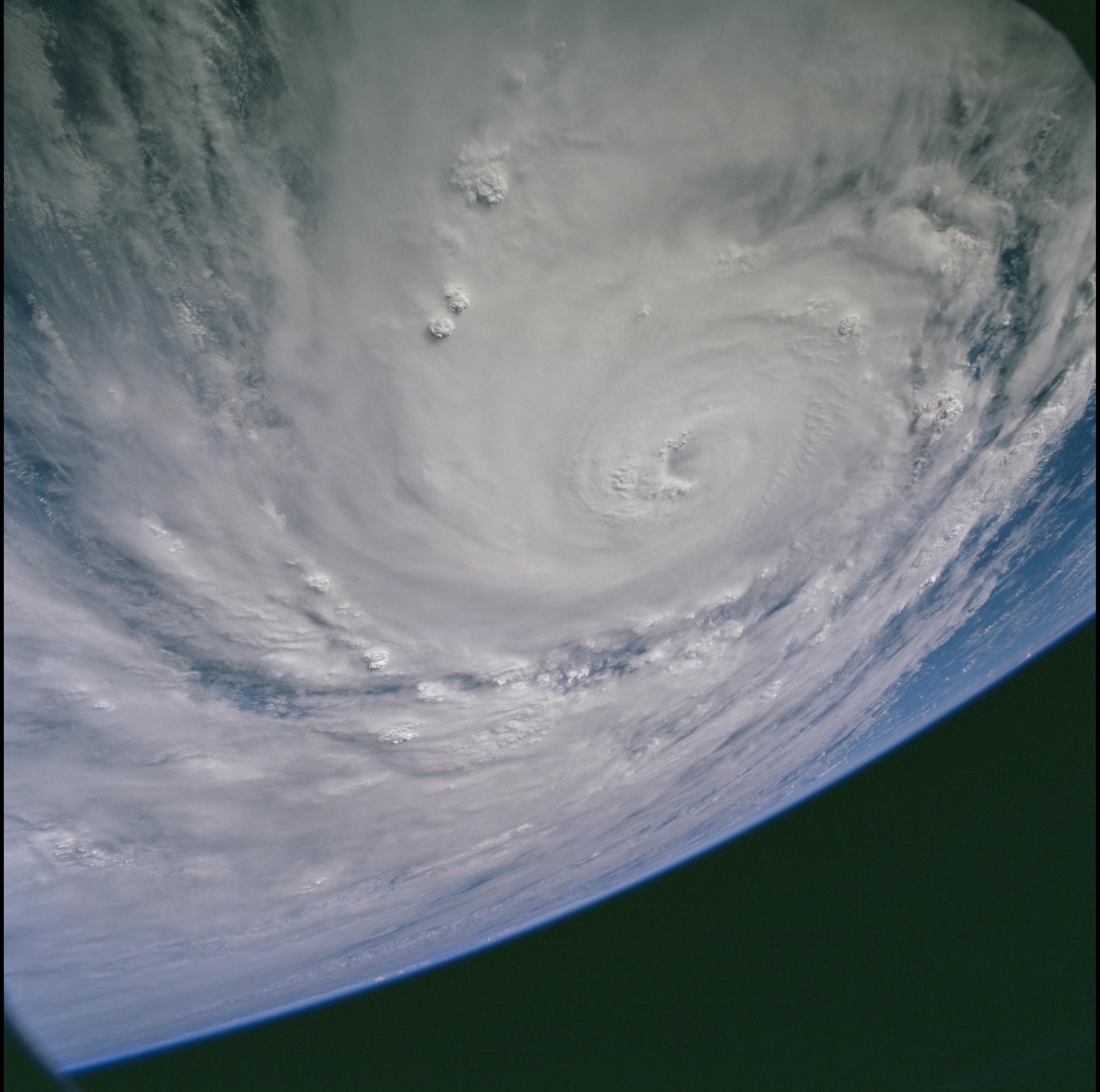 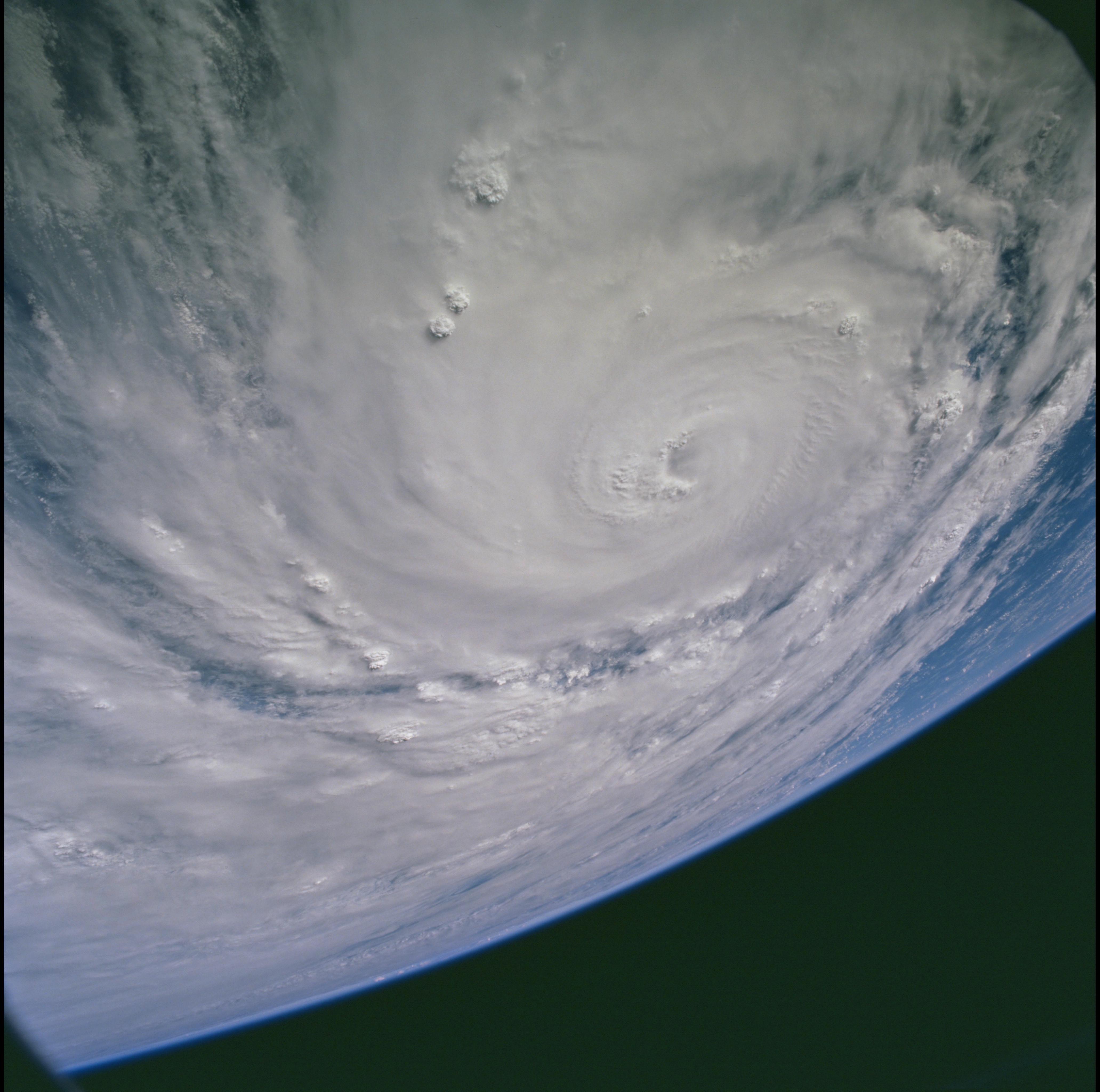 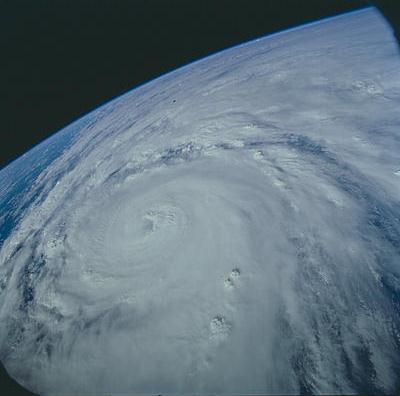 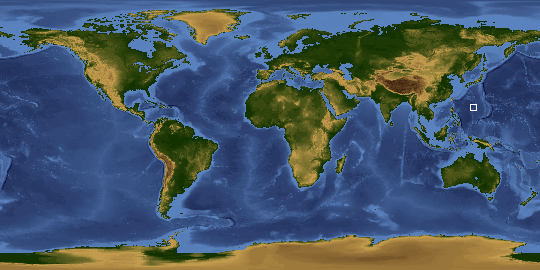 Other options available:
Download Packaged File
Download a Google Earth KML for this Image
View photo footprint information
Image Caption: Source:Patricia W. Dickerson
Typhoon Saomai
Typhoon Saomai was near the Marianas Islands when this photo was taken
on September 9, 2000; the typhoon was classified as a Category 4 storm
on that day, with sustained wind velocities of 120 knots and gusts to
145. On September 12, the storm hit Okinawa, then headed toward
Shanghai. As Saomai approached land along the Korean coast on September
16, sustained winds had diminished to 45 knots.