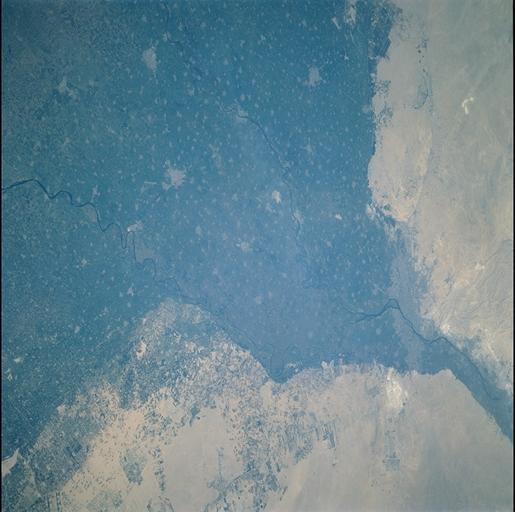 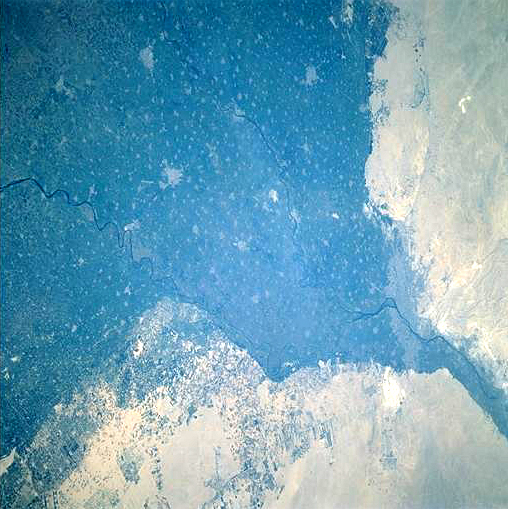 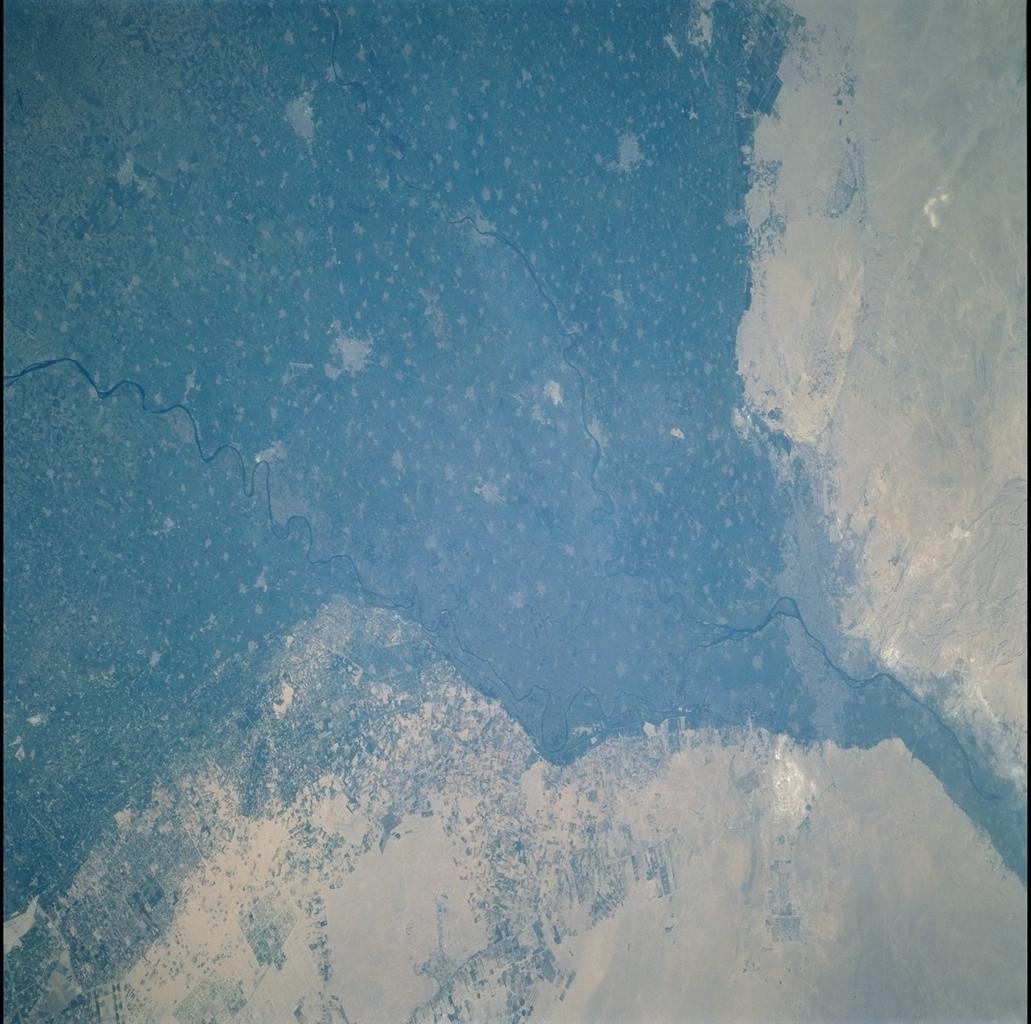 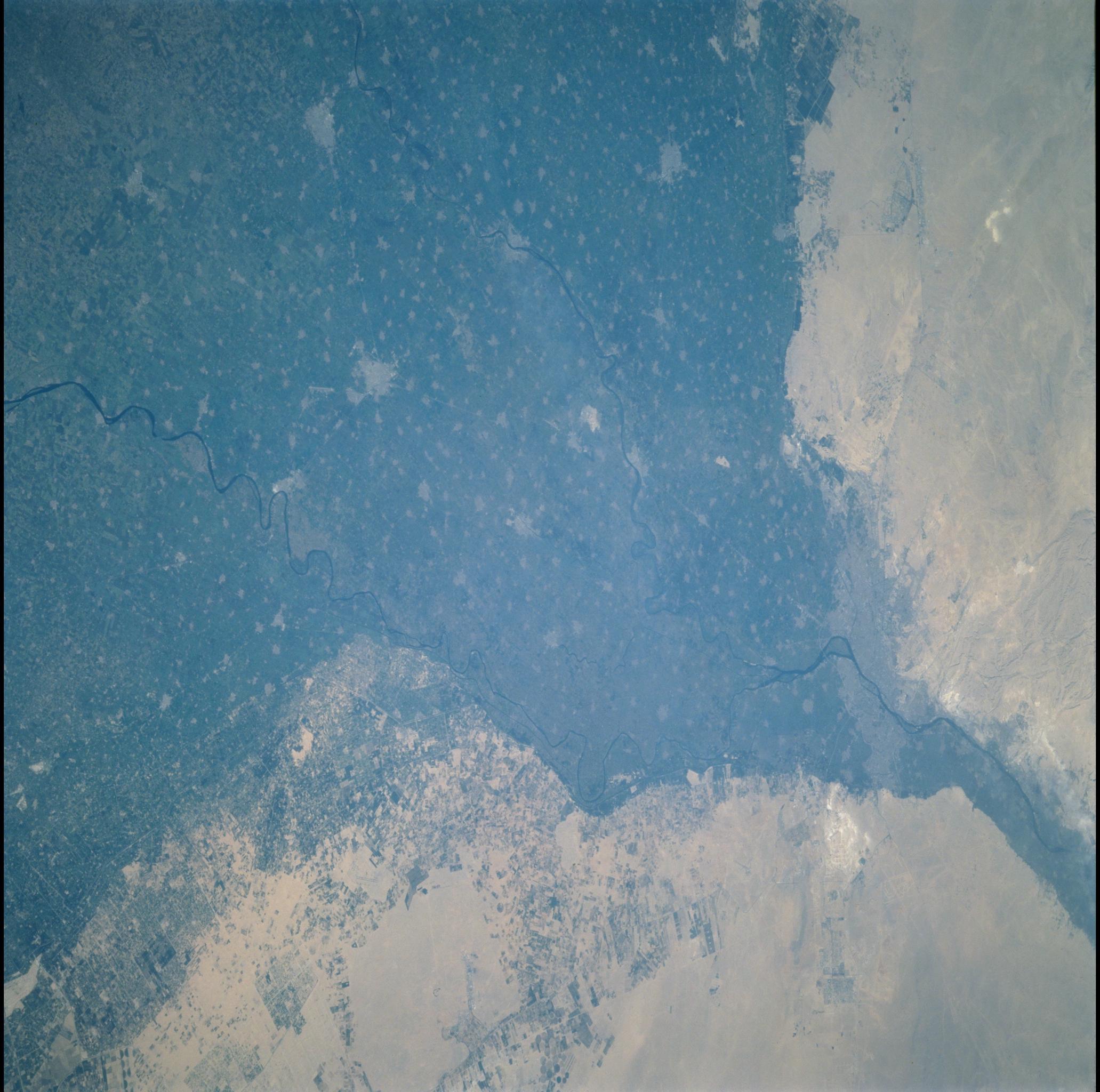 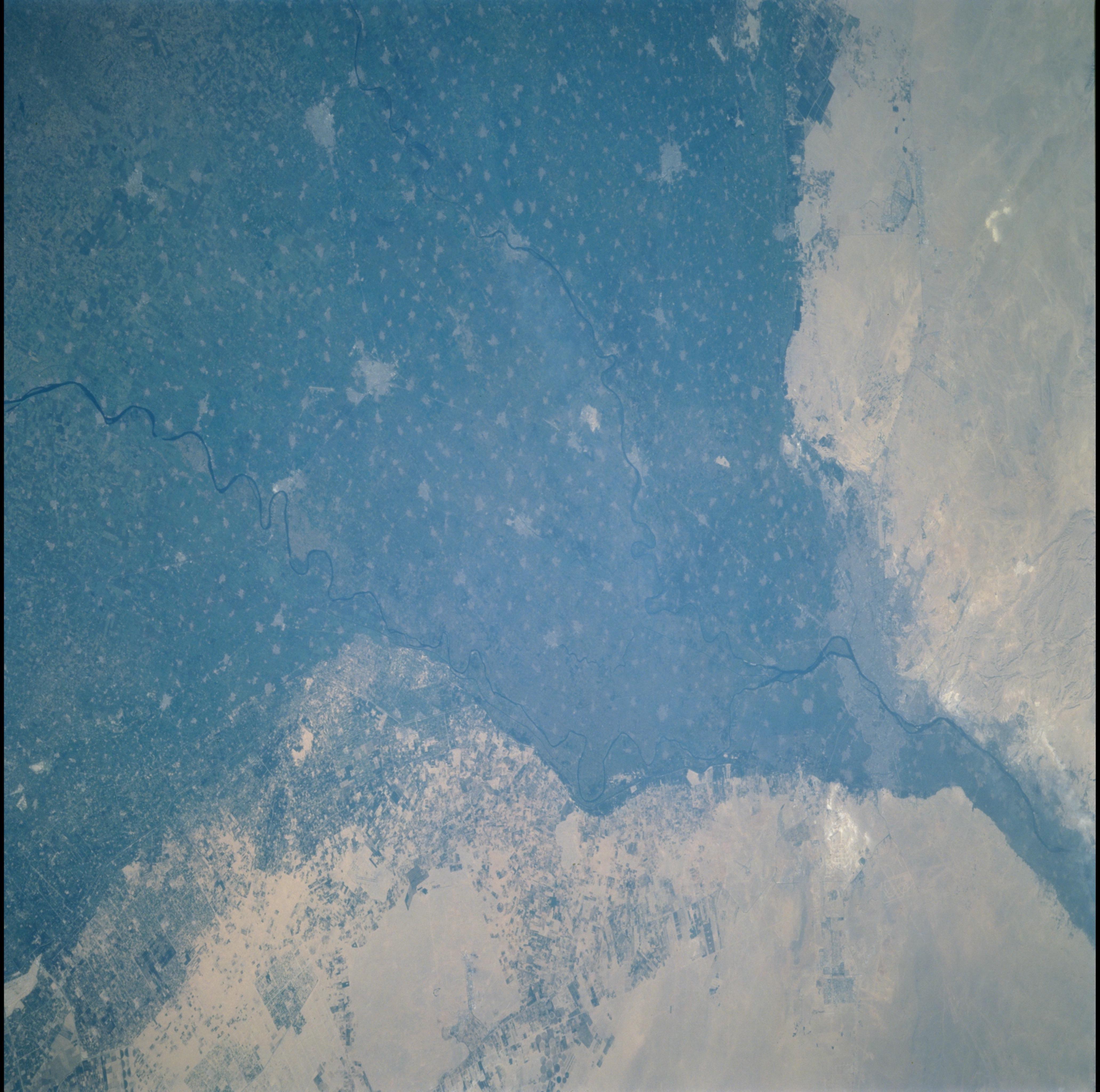 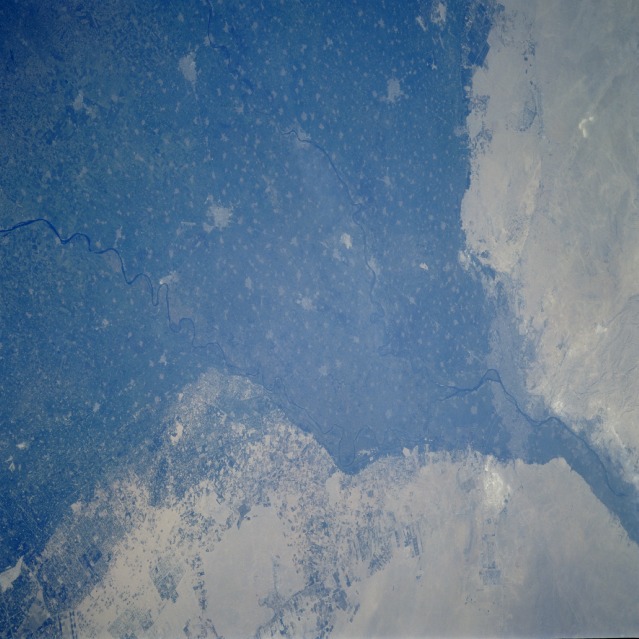 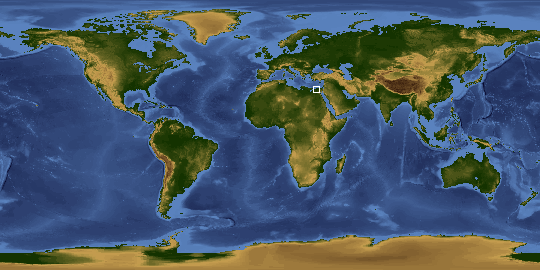 Other options available:
Download Packaged File
Download a Google Earth KML for this Image
View photo footprint information
Image Caption: Source: Joe Caruana
Cairo, Egypt
Cairo is the largest city in Africa. Its population is nearly 16 million
people. This translates to approximately 130,000 people per square mile.
On the photograph metropolitan Cairo shows as a gray area in the green
of the Nile River valley at the apex of the Delta. The shadows of the
three major pyramids at Giza on the Western edge of the city are
visible. They are right below the bright new road construction. This
side of the metropolitan area is experiencing rapid growth. This
photograph documents some of the many changes in landuse in the Western
Desert.