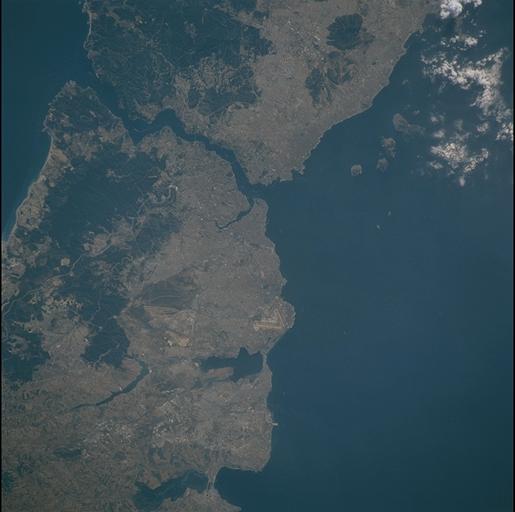 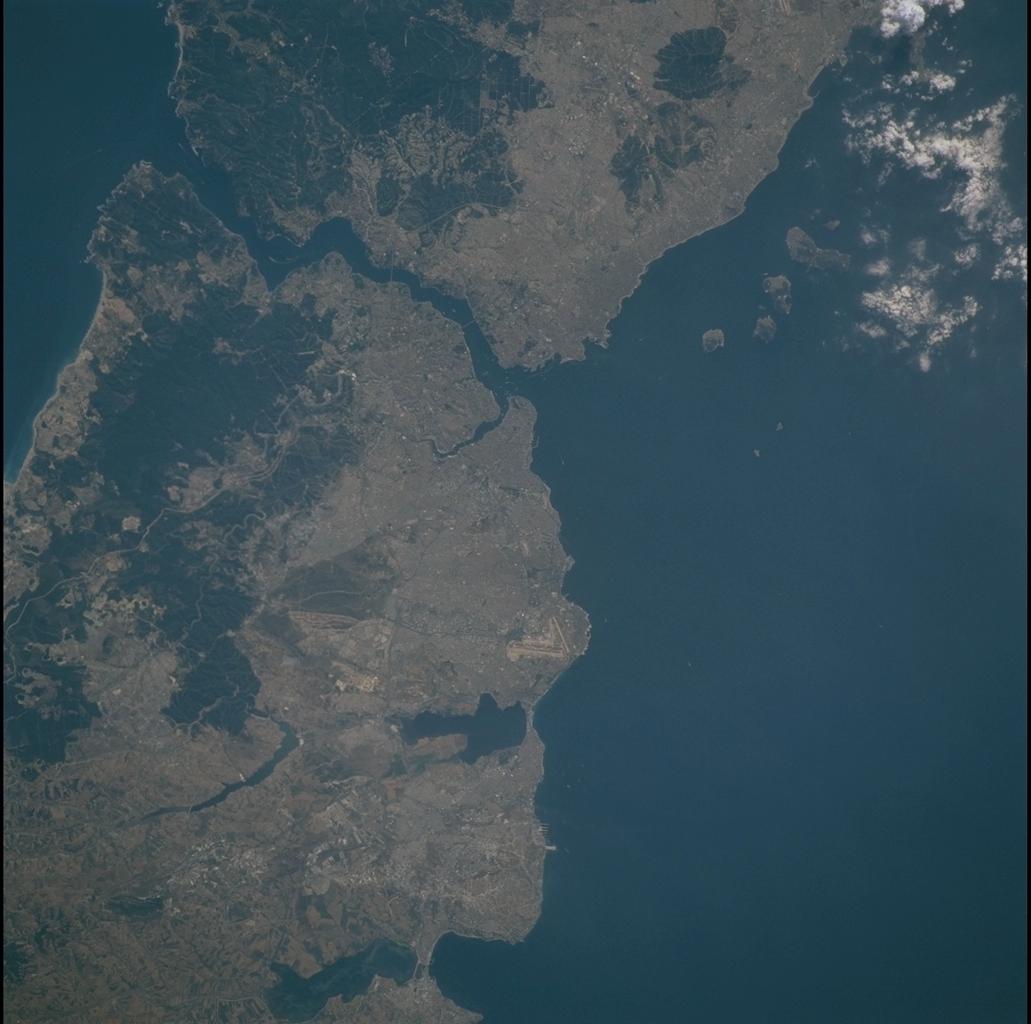 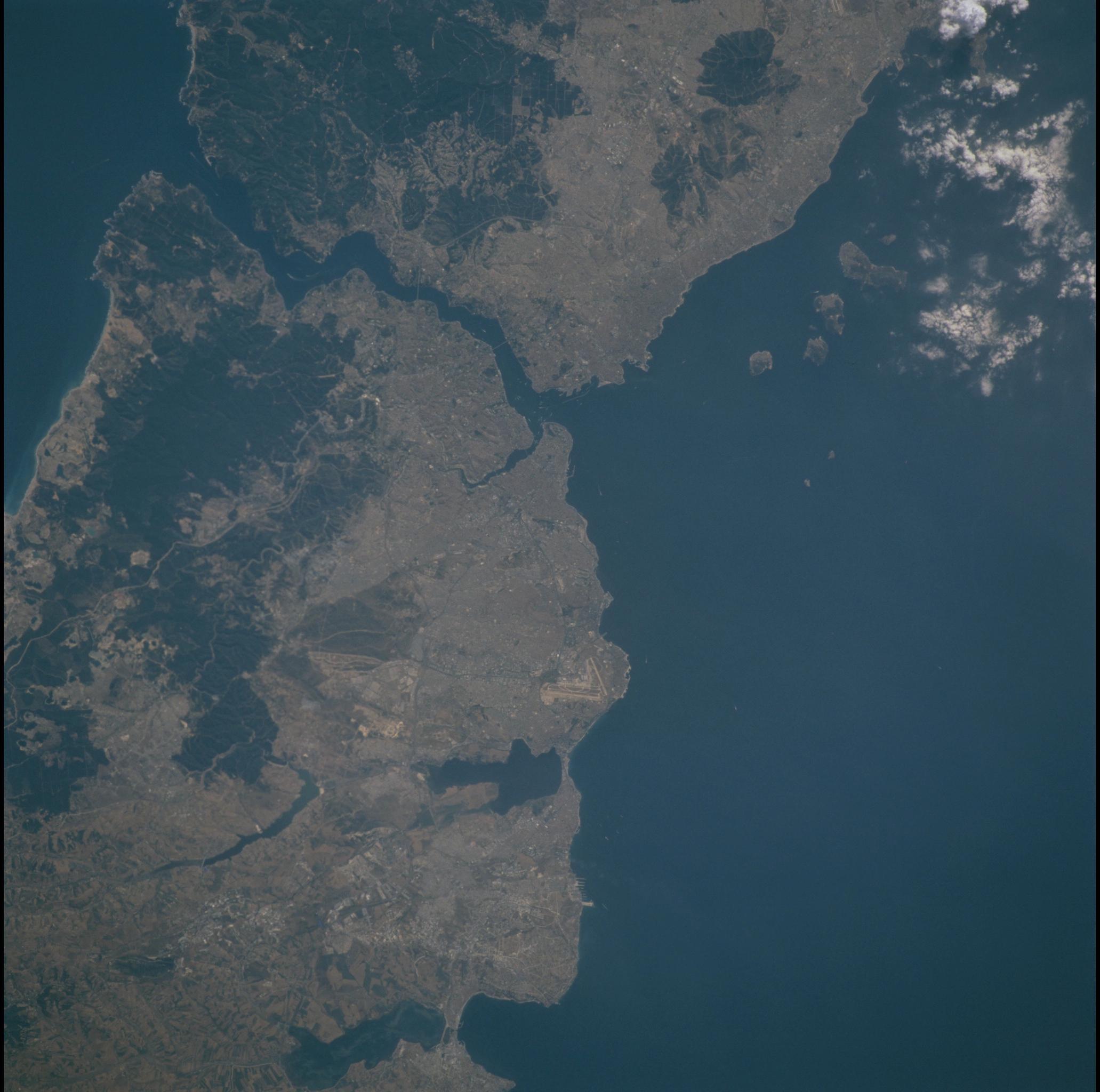 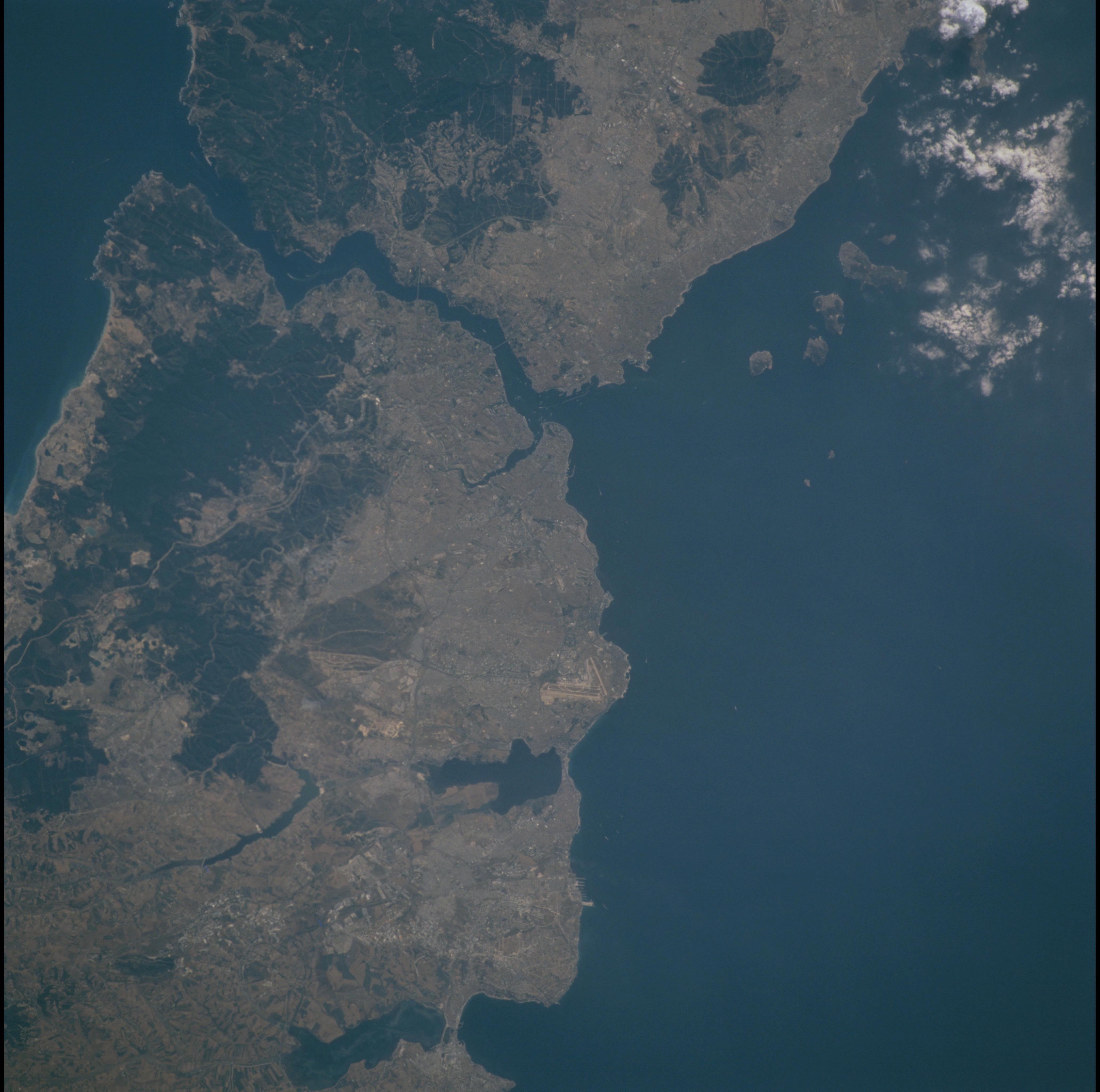 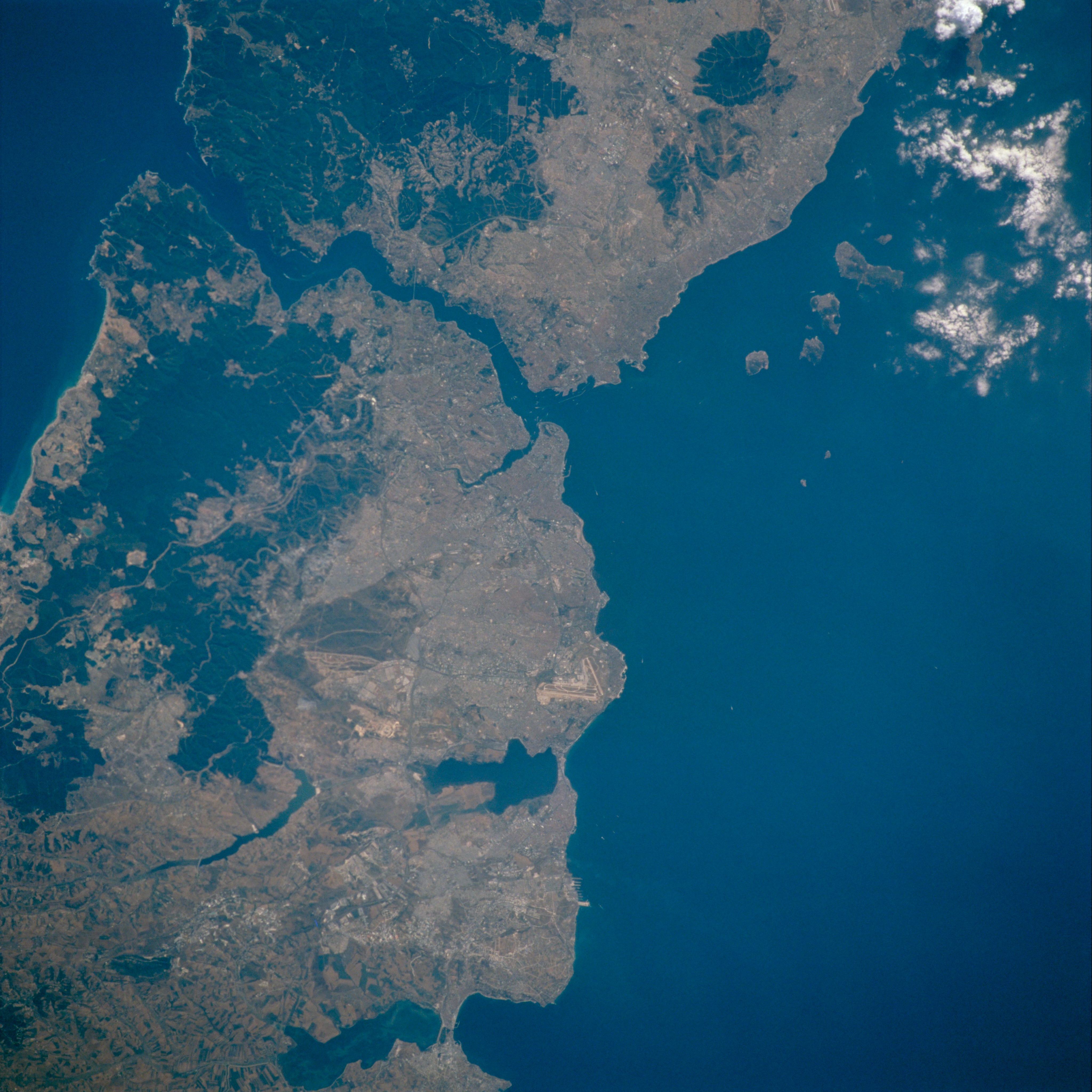 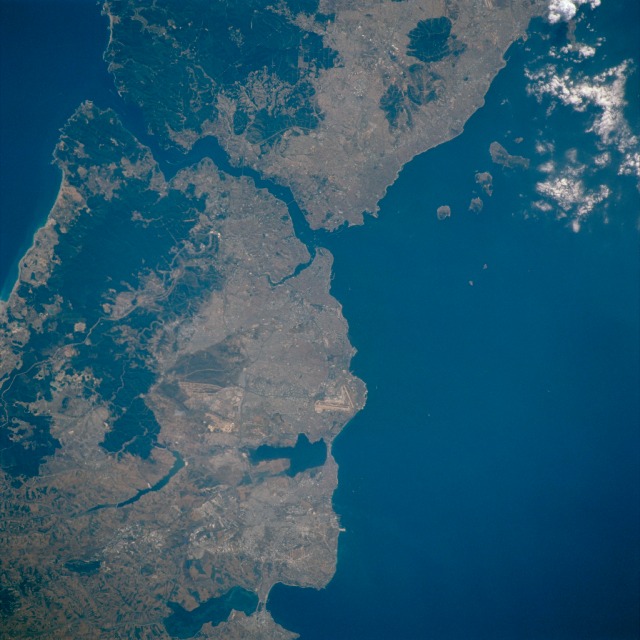 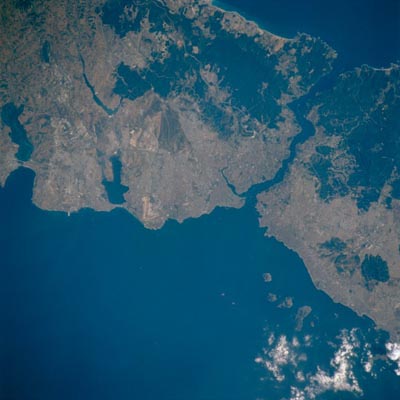 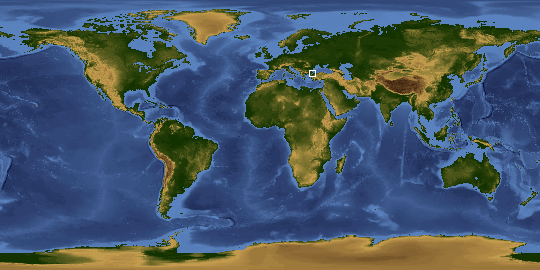 Other options available:
Download Packaged File
Download a Google Earth KML for this Image
View photo footprint information
Image Caption: Istanbul, Bosporus, Turkey
Located at the south end of the Bosporus on the Sea of Marmara (Sea of Marble), the city of Istanbul is seen in regional context in this northward-looking view. The world famous Bosporus, a strait that separates European Turkey to the west (left) and Asian Turkey to the east (right), is 20 miles (32 km) long and is 2100 feet (640 meters) at its narrowest point. The Bosporus connects the Black Sea (upper right) with the Sea of Marmara (bottom of the image). Two bridges (thin white lines) cross the Bosporus and are discernible on the image. The Bosporus Bridge, which opened in 1973, is one of the world's longest suspension bridges measuring 3524 feet (1075 meters) long, and spans the Bosporus from Istanbul into Asia. A second bridge north of Istanbul was completed in the mid 1980's and spans the Bosporus at its narrowest point near the Romeli Castle. The runways of the Ataturk International Airport can be seen to the west of Istanbul on the shore of the Sea of Marmara.