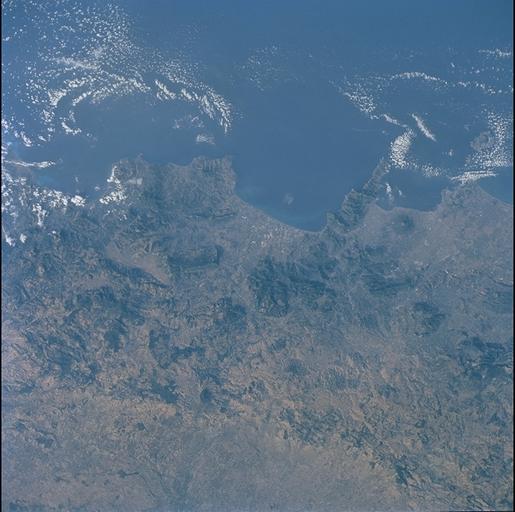 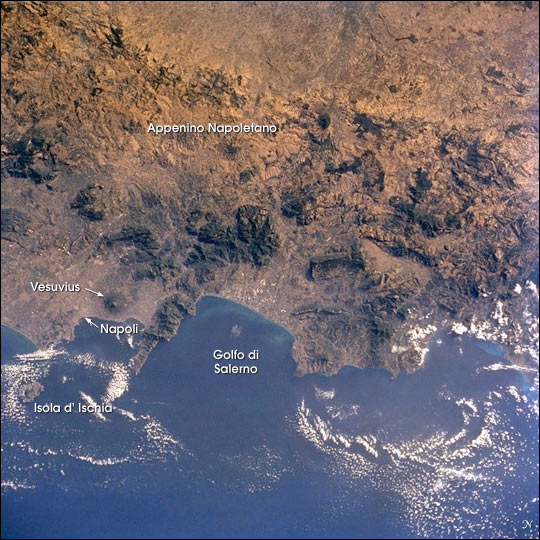 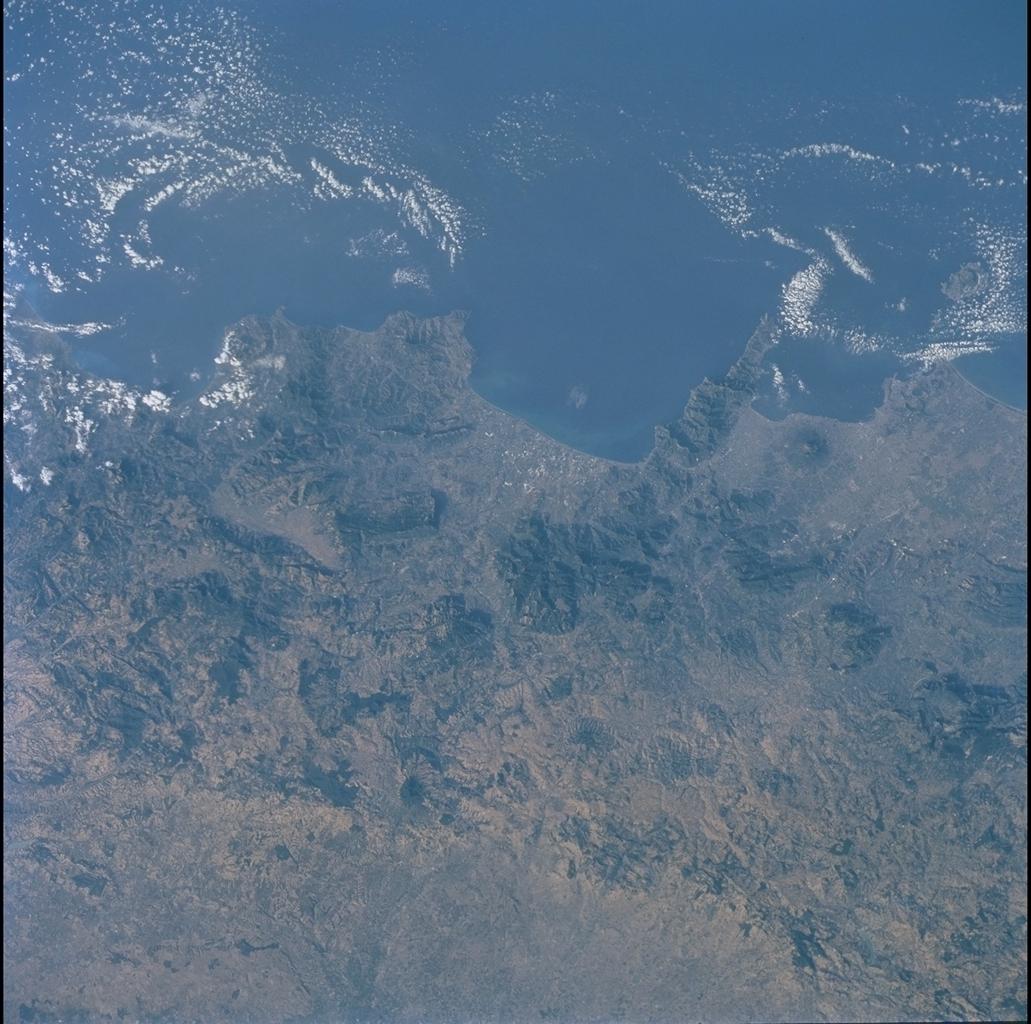 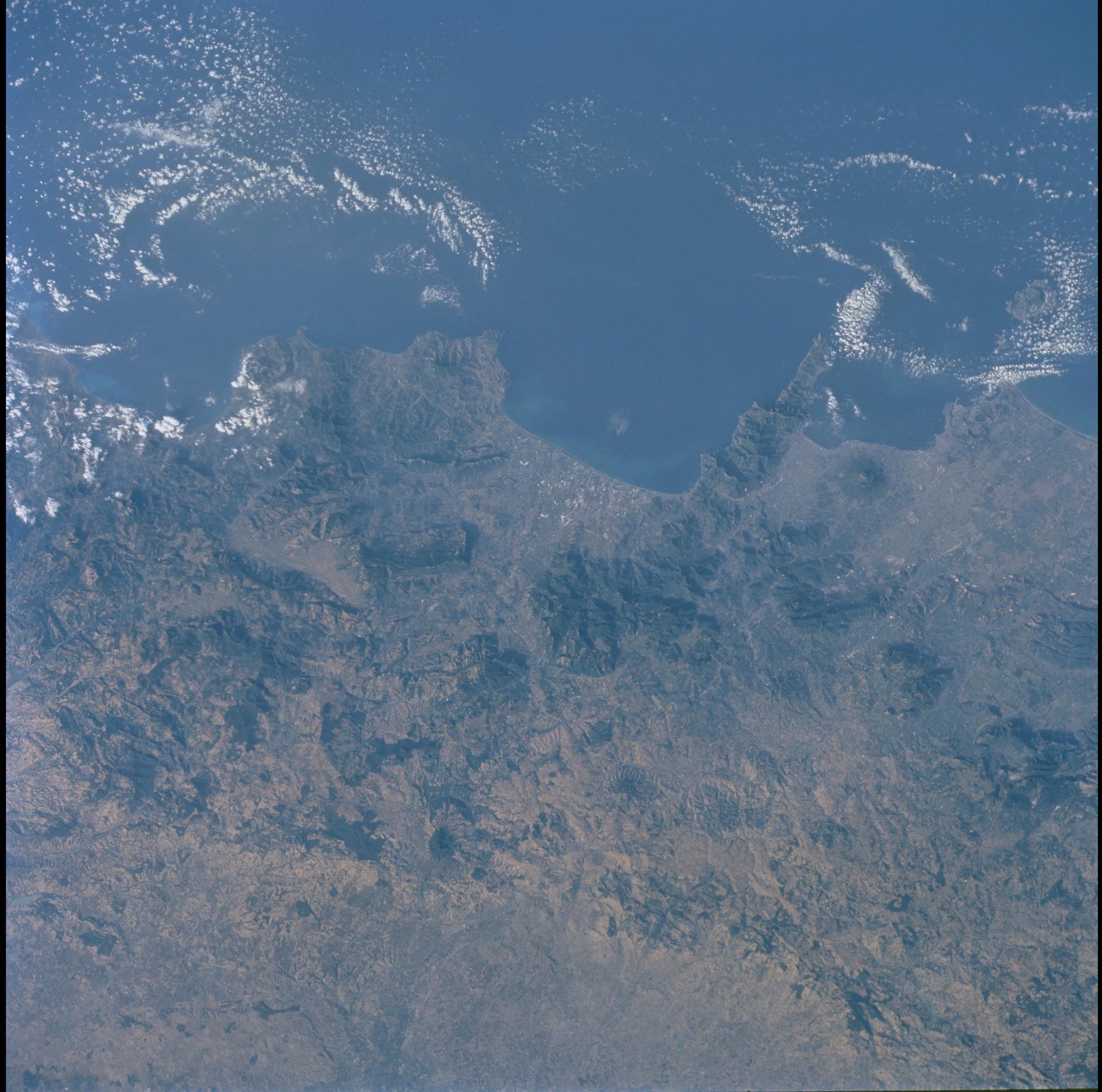 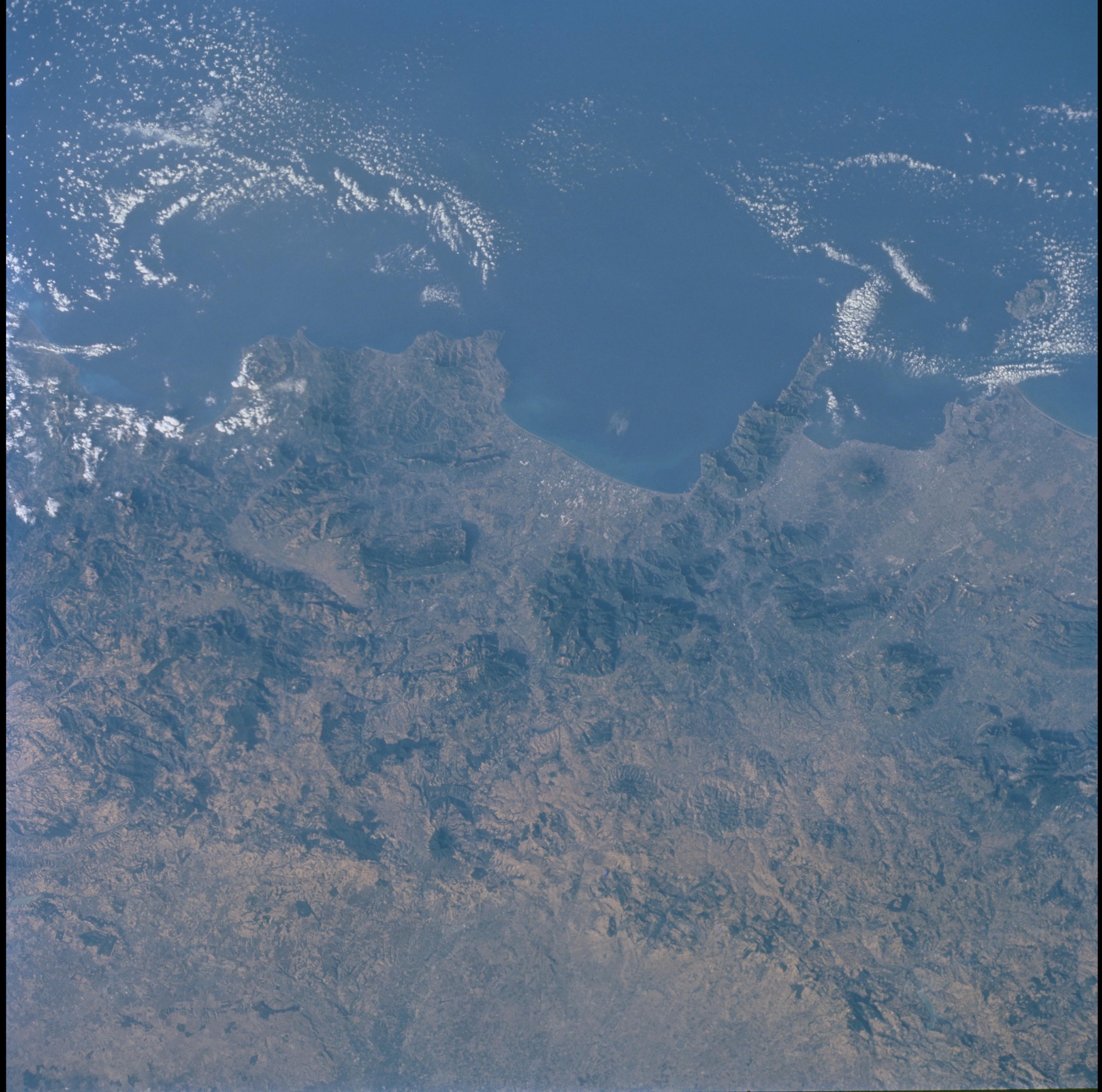 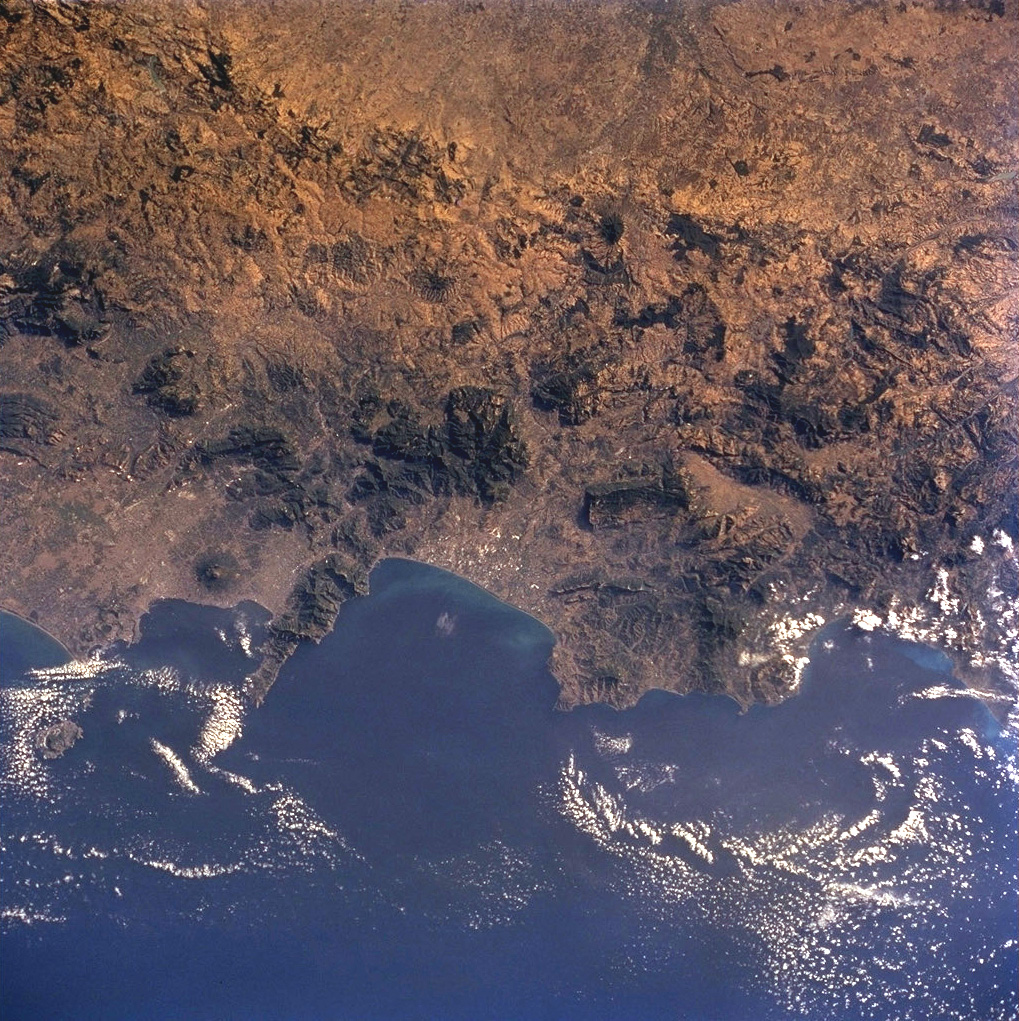 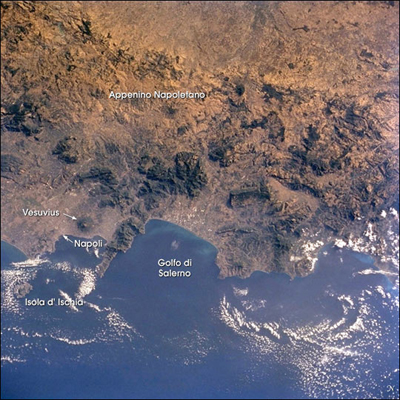 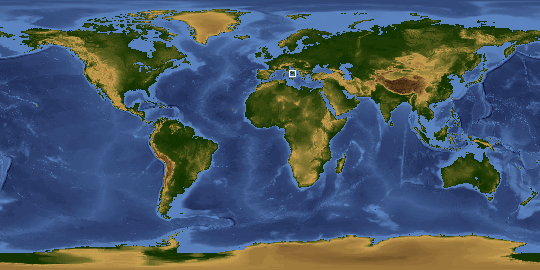 Other options available:
Download Packaged File
Download a Google Earth KML for this Image
View photo footprint information
Download a GeoTIFF for this photo
Image Caption: For more than 240 million years the region now known as Italy has been the scene of episodic volcanic activity. East-southeast of Napoli (Naples) stands the imposing cone of Vesuvius, which erupted explosively in 79 A.D. to bury Pompeii and Herculaneum. More recently, when the crew of Space Shuttle mission STS-104 captured this view, Mt. Etna (Sicily, not seen in this image, but photographed the day before) was spewing ash and gas thousands of meters into the air, some of which can be seen as a brownish smear over Isola d' Ischia and the Tyrrhenian Sea.

The Appenine ranges extend from northern Italy, down the boot of the peninsula and westward into Sicily. This photograph of the Appenino Napoletano is part of an 18-frame stereophoto mapping strip that spans the entire mountain chain. The almost 1200-km-long belt of volcanoes and folded/faulted mountains is a result of the ongoing collision of Africa and Eurasia, accompanied by the progressive closing of the Mediterranean Sea. Using overlapping pairs of stereophotos, and a special viewer, scientists can get a three-dimensional perspective on the ranges that surpasses any image viewed alone.