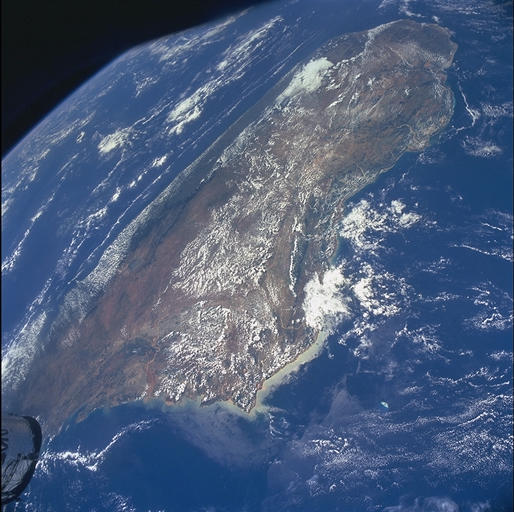 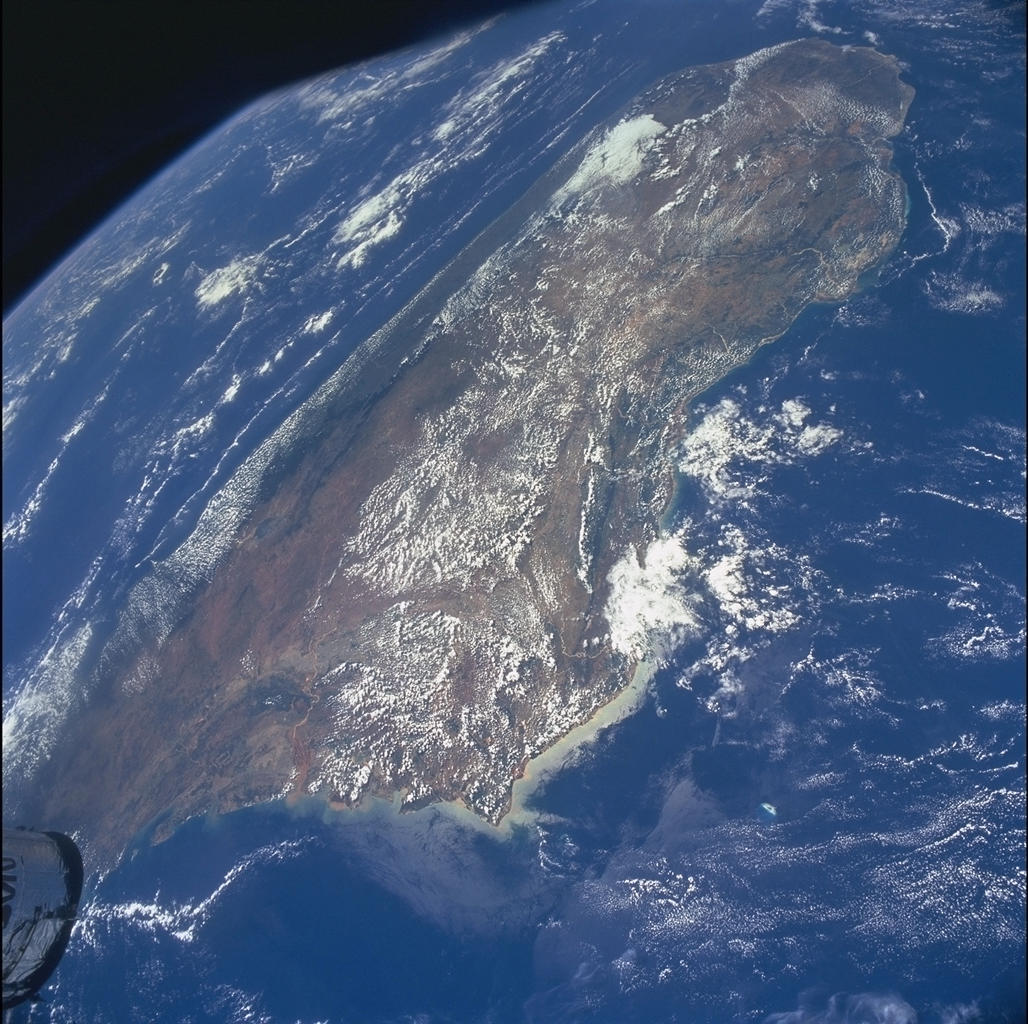 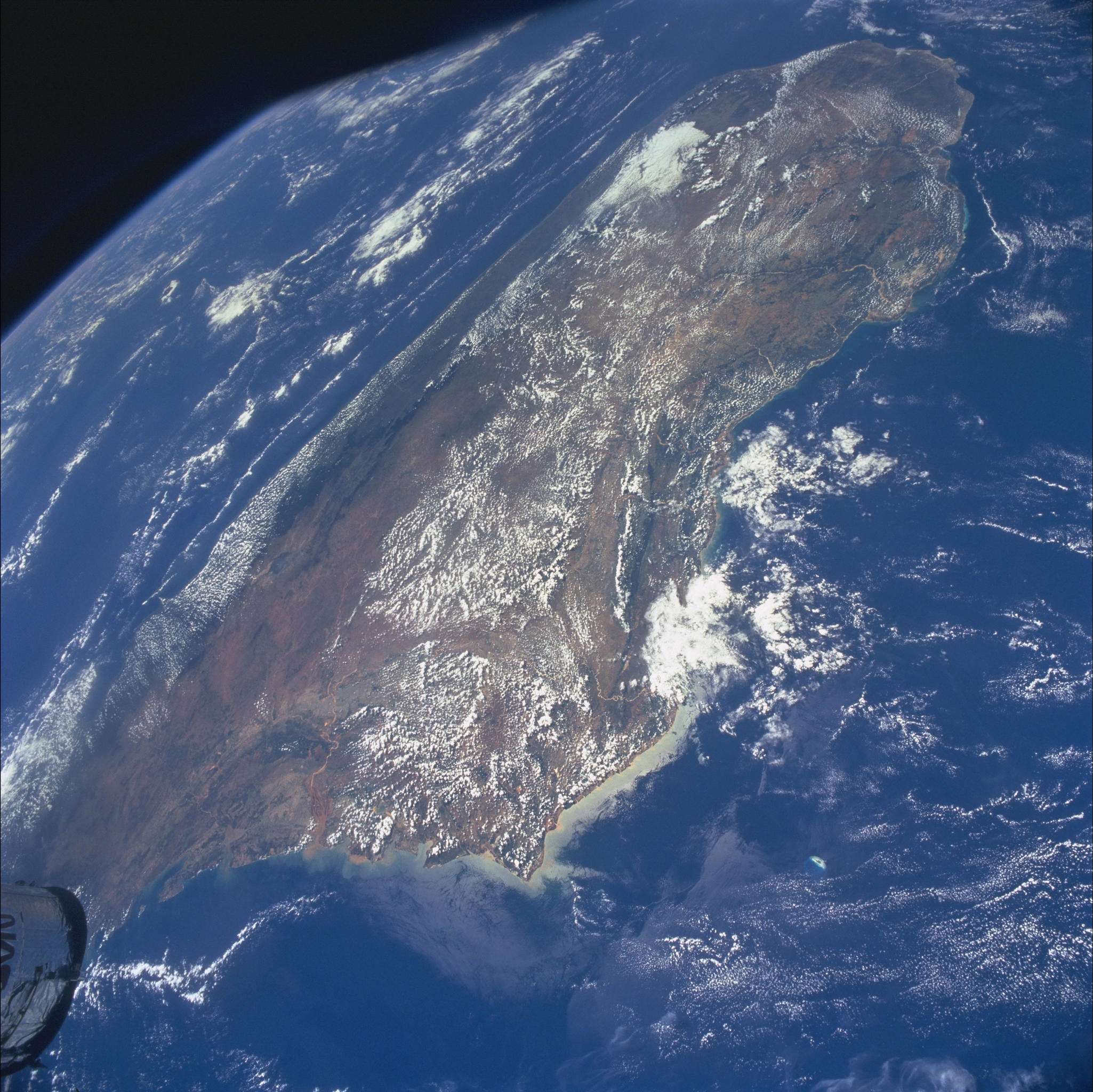 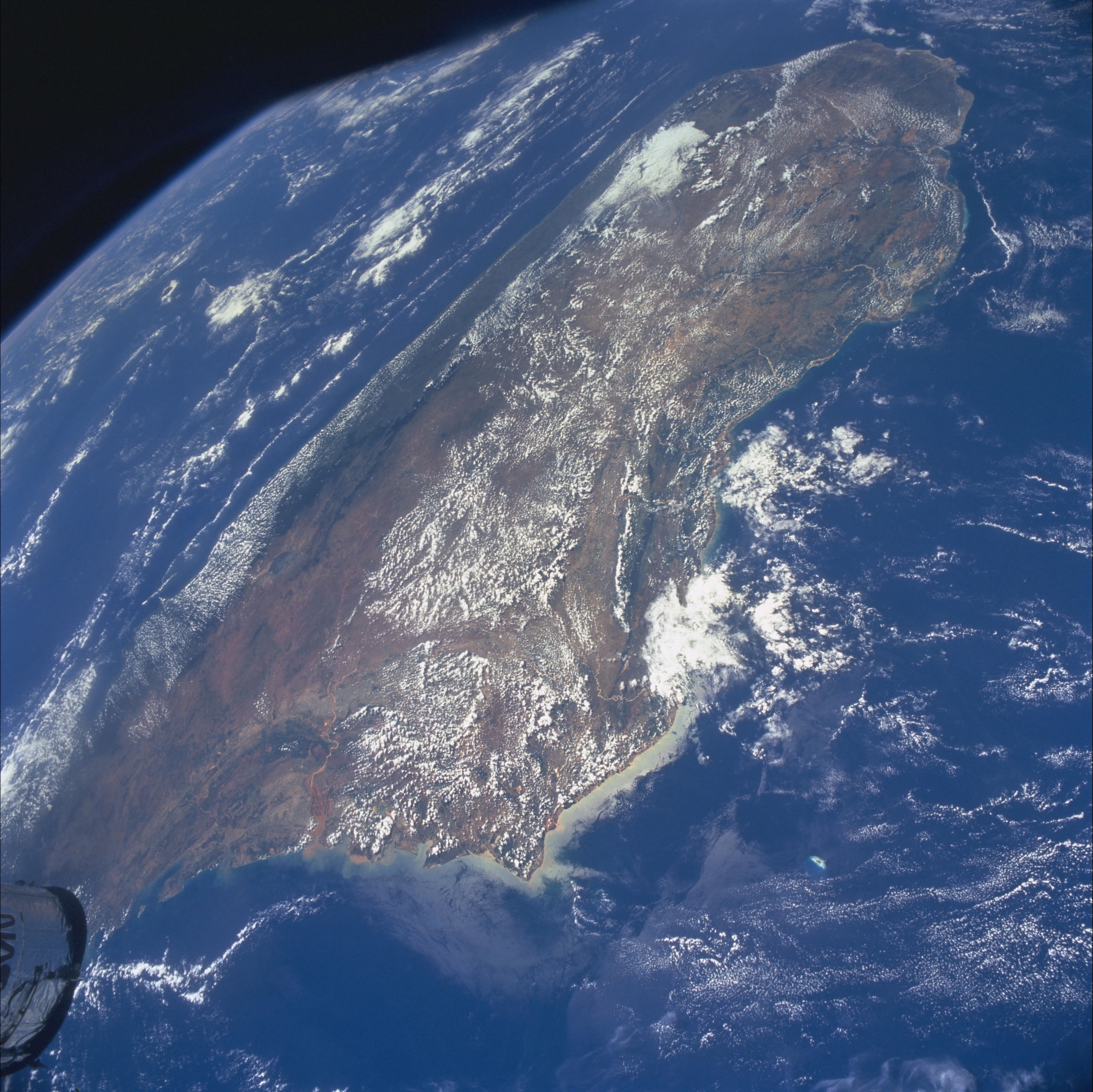 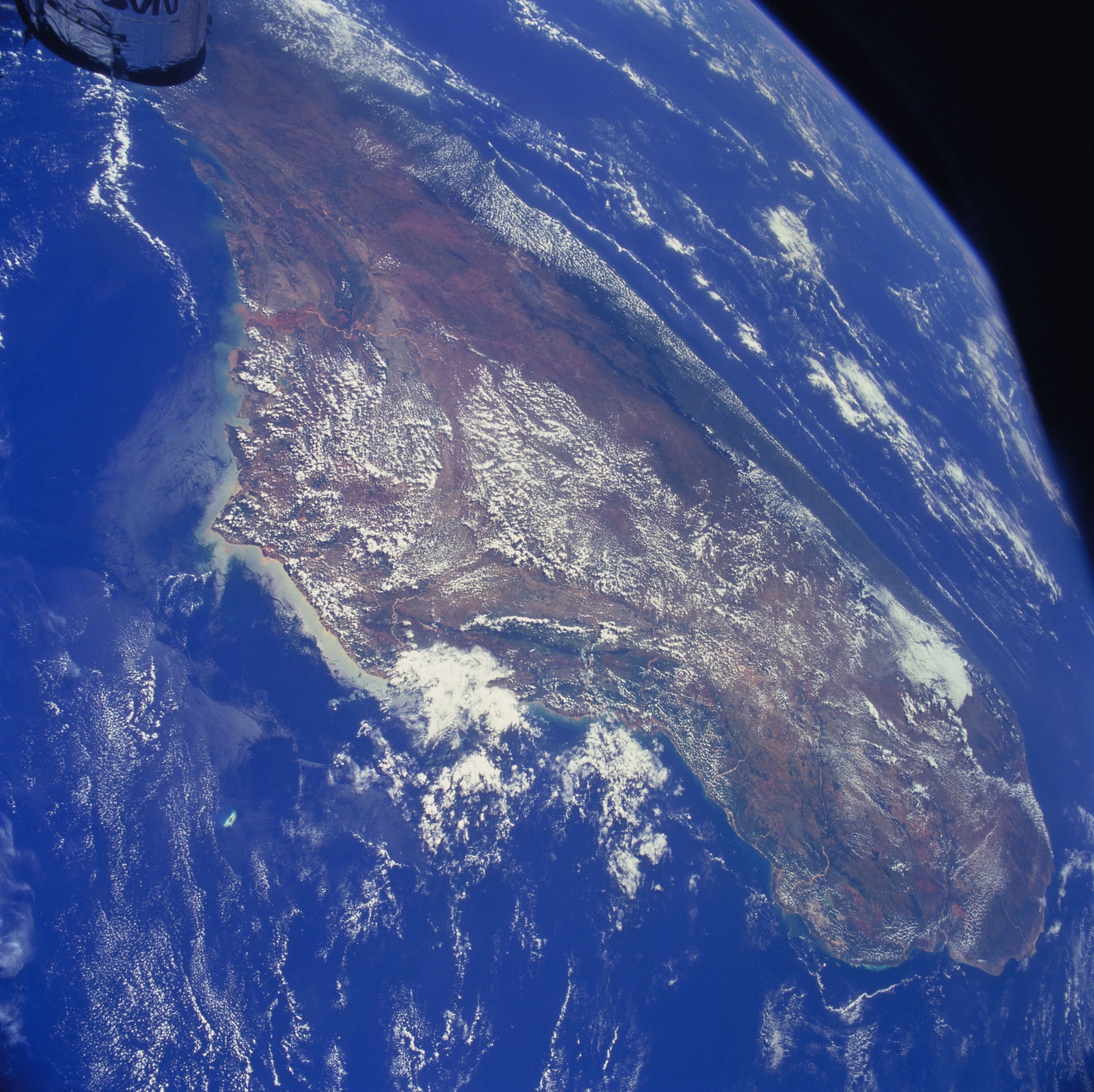 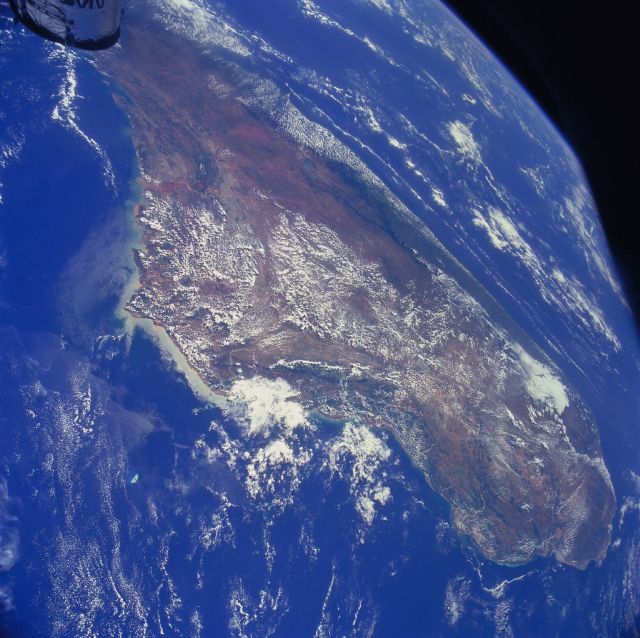 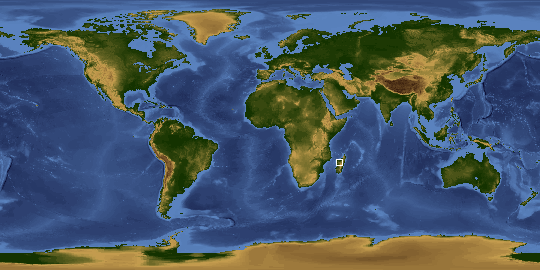 Other options available:
Download Packaged File
Download a Google Earth KML for this Image
View photo footprint information
Download a GeoTIFF for this photo
Image Caption: An almost complete panoramic view of the fourth largest island in the world,
Madagascar. The distinctive red color of Madagascar is due to the composition of its
soil. The central plateau and eastern coast are composed of gneiss, granite, and quartz.
These rocks decompose into a laterite, or red soil that is leached of soluble minerals and
of alumina and silica but retain the oxides and hydroxides of iron.

Madagascar was once almost completely covered by forests. Burning the forests to clear
land for dry rice cultivation has denuded much of the island, especially in the central
highlands. As a result of this deforestation increased erosion had lead to higher amounts
of sediment being carried in the rivers, making them appear red instead of shades of blue.