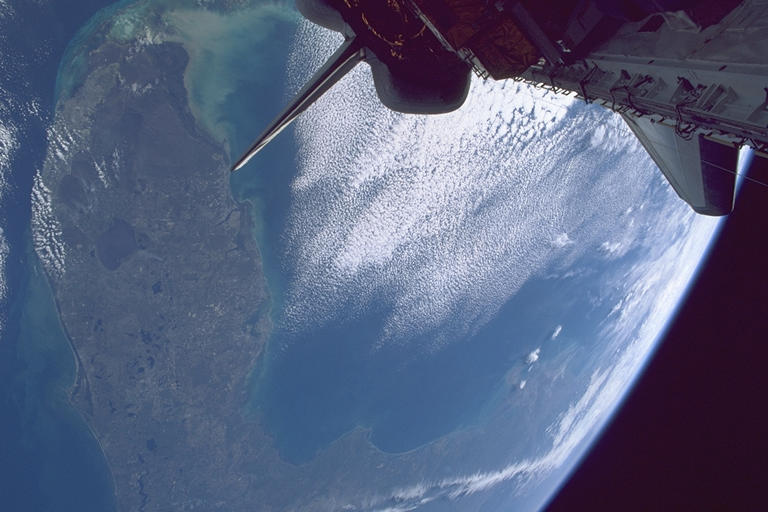 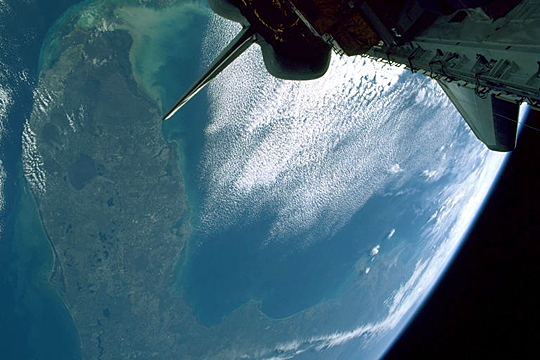 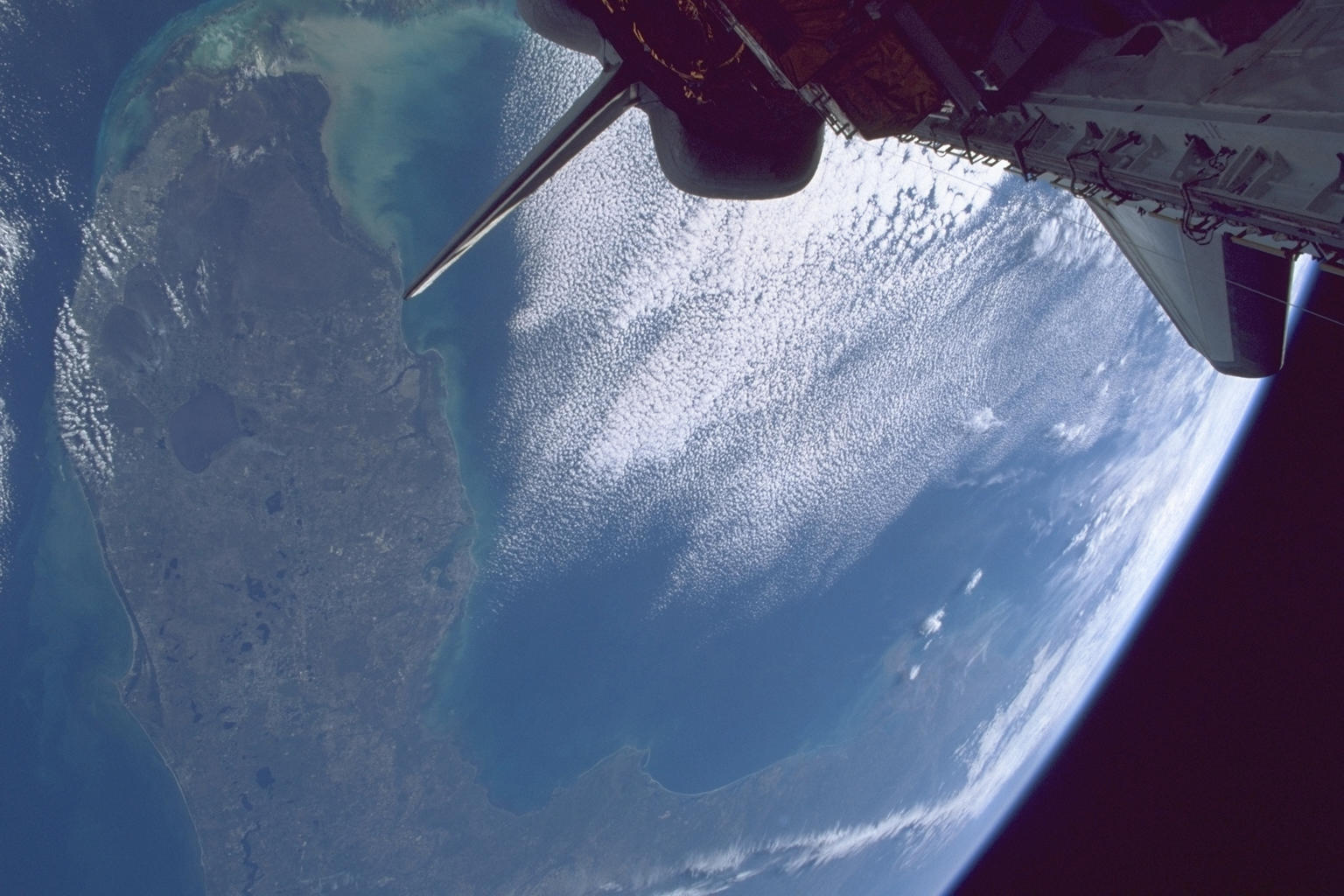 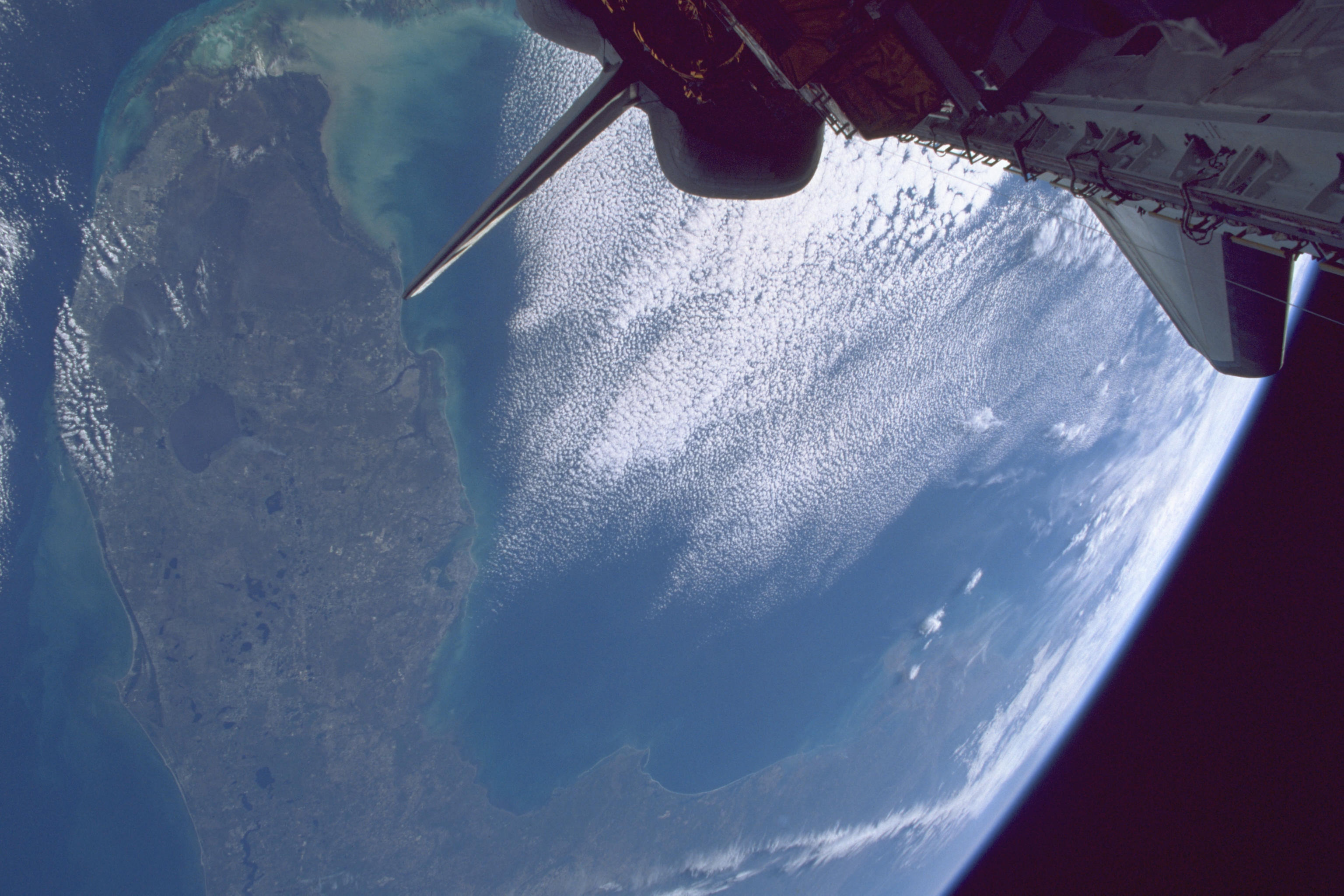 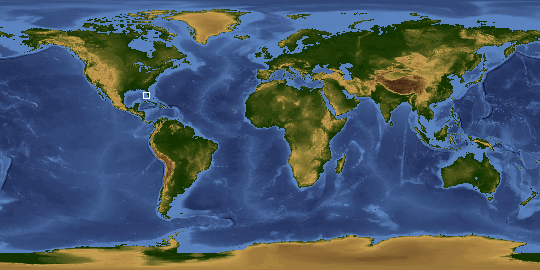 Other options available:
Download Packaged File
Download a Google Earth KML for this Image
View photo footprint information
Download a GeoTIFF for this photo
Image Caption: Florida Peninsula
The entire Florida peninsula occupies the right side of the view. The Miami metropolitan region appears near the tip of the peninsula as a grey patch along the coast. The Gulf coast stretches west towards the bulge of the Mississippi R. delta. Lake Okeechobee is the large lake in the middle of the peninsula and Cape Canaveral is the prominent point on its east side from which the Shuttle was launched a few days earlier.

A large cloud mass lies offshore in the eastern Gulf of Mexico, silhouetting the tailfin of the orbiter. A cold front had recently cleared the south and east coasts of the U.S. when this photo was taken. The cold front brought a strong flow of cold air moving south over Florida and the southeastern Gulf. As the cold air moved offshore it picked up heat and moisture from the warmer waters. This moisture is marked by rippling bands of stratocumulus clouds.

A thin west-east band of clouds over the southeastern U.S. marks the polar jet stream. This current of higher winds at the tropopause (approximately 20,000 feet) may have wind speeds in excess of 100 mph.