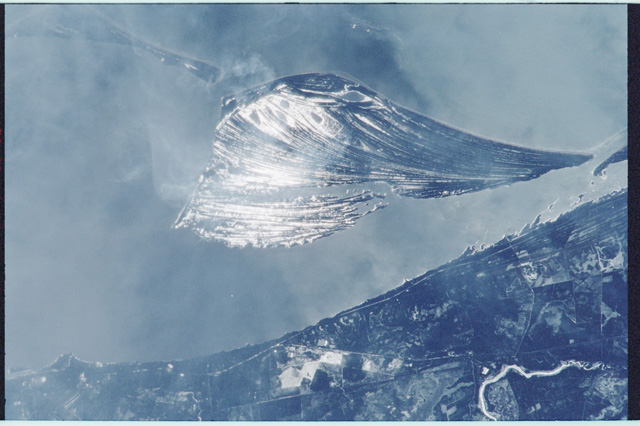 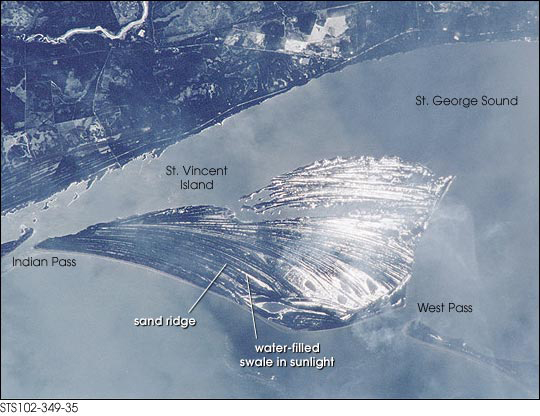 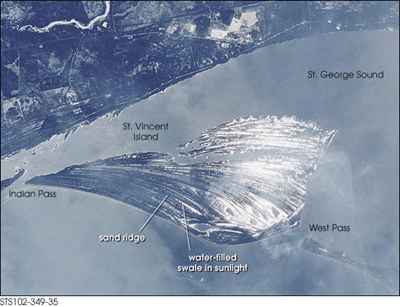 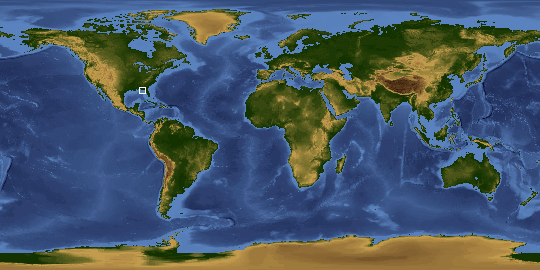 Other options available:
Download Packaged File
Download a Google Earth KML for this Image
View photo footprint information
Download a GeoTIFF for this photo
Image Caption: Beach ridges sweep in bands across St. Vincent Island, a coastal barrier about 120 km southwest of Tallahassee, Florida. These depositional features have accumulated over time on the barrier island, and chronicle the island's evolution. The swales between the ridges some of which are water-filled, creating elongated lakes represent periods of island accretion between intervals of beach ridge development. Each ridge in the series marks the location of the island shoreline. The oldest ridge, approximately 3000 years old, is on the north side. The youngest the berm of the modern beach is on the south-facing portion of the present-day Gulf beach.

The crew of Space Shuttle 102 used the reflection of the sun off water that lies in the swales between ridges to emphasize the variable topography of the beach ridge plain. Similar topography -- although formed in a different manner, combining river and marine deposition -- can be seen on the Po and Ebro river deltas of Italy and Spain, respectively, and on the Mississippi river coast of Louisiana.

St. Vincent Island, which lies between Cape San Blas and the town of Apalachicola on the Florida Panhandle, is a national wildlife refuge and an important breeding ground for loggerhead turtles. Sambar deer, a variety of Asian elk that can weigh as much as 700 pounds, roam the marshlands, and eastern gray wolves have been bred there. The deer were introduced in the early 1900s, when the island was a privately owned hunting ground for exotic game.