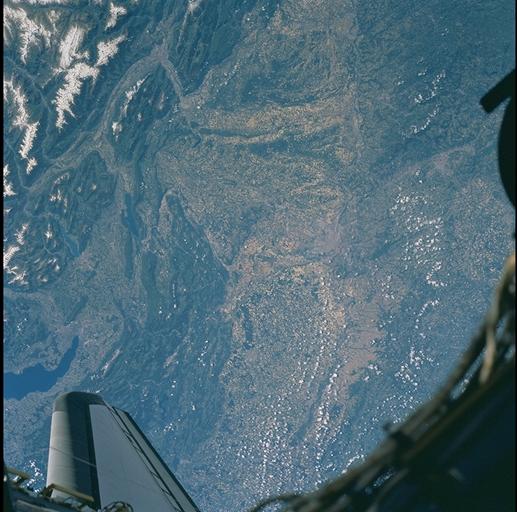 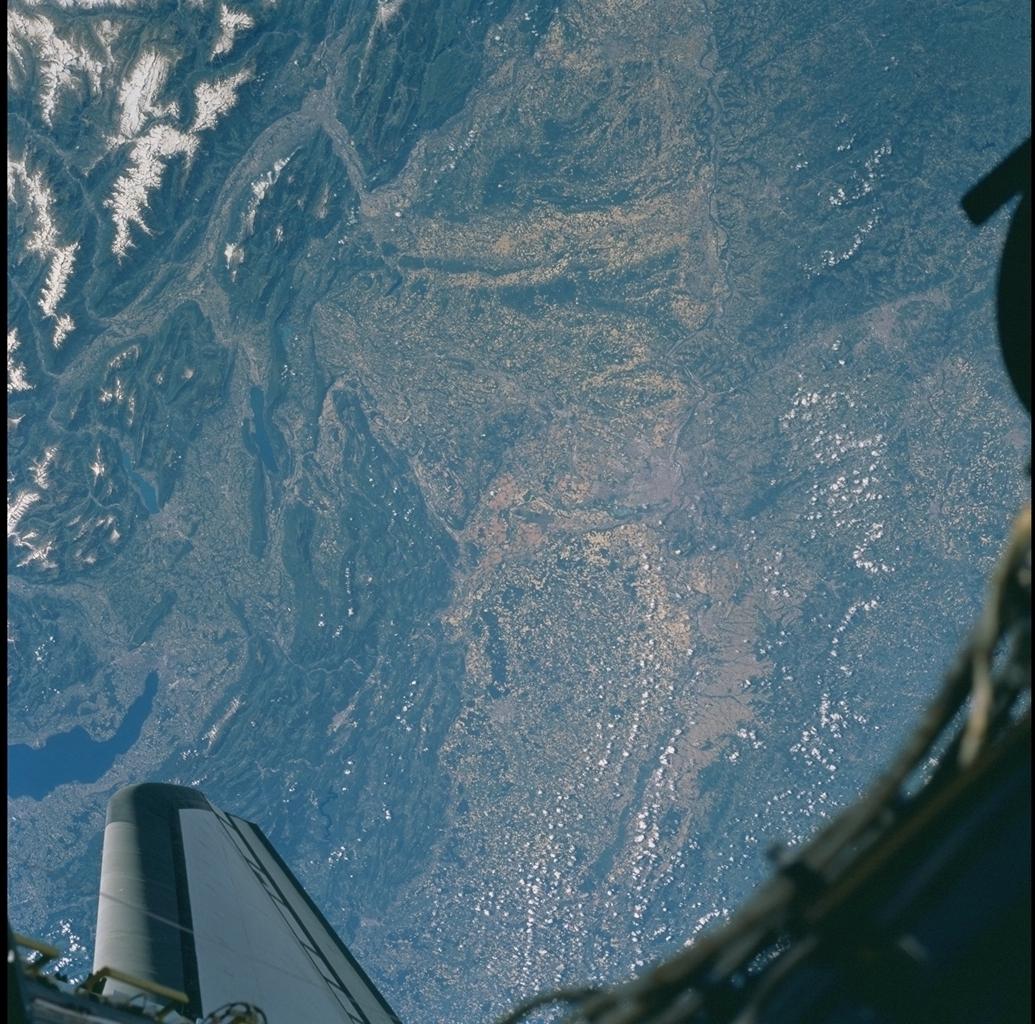 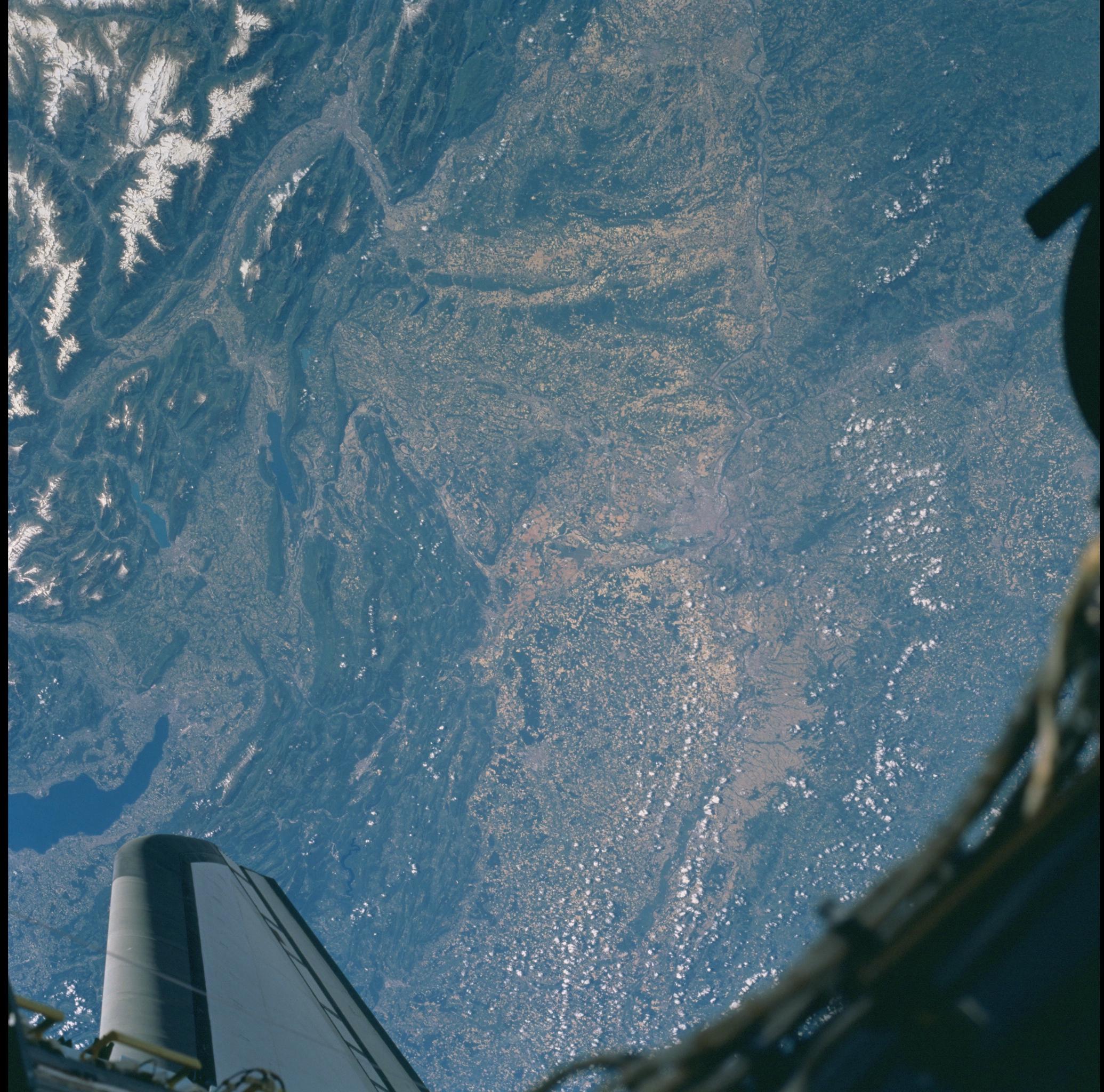 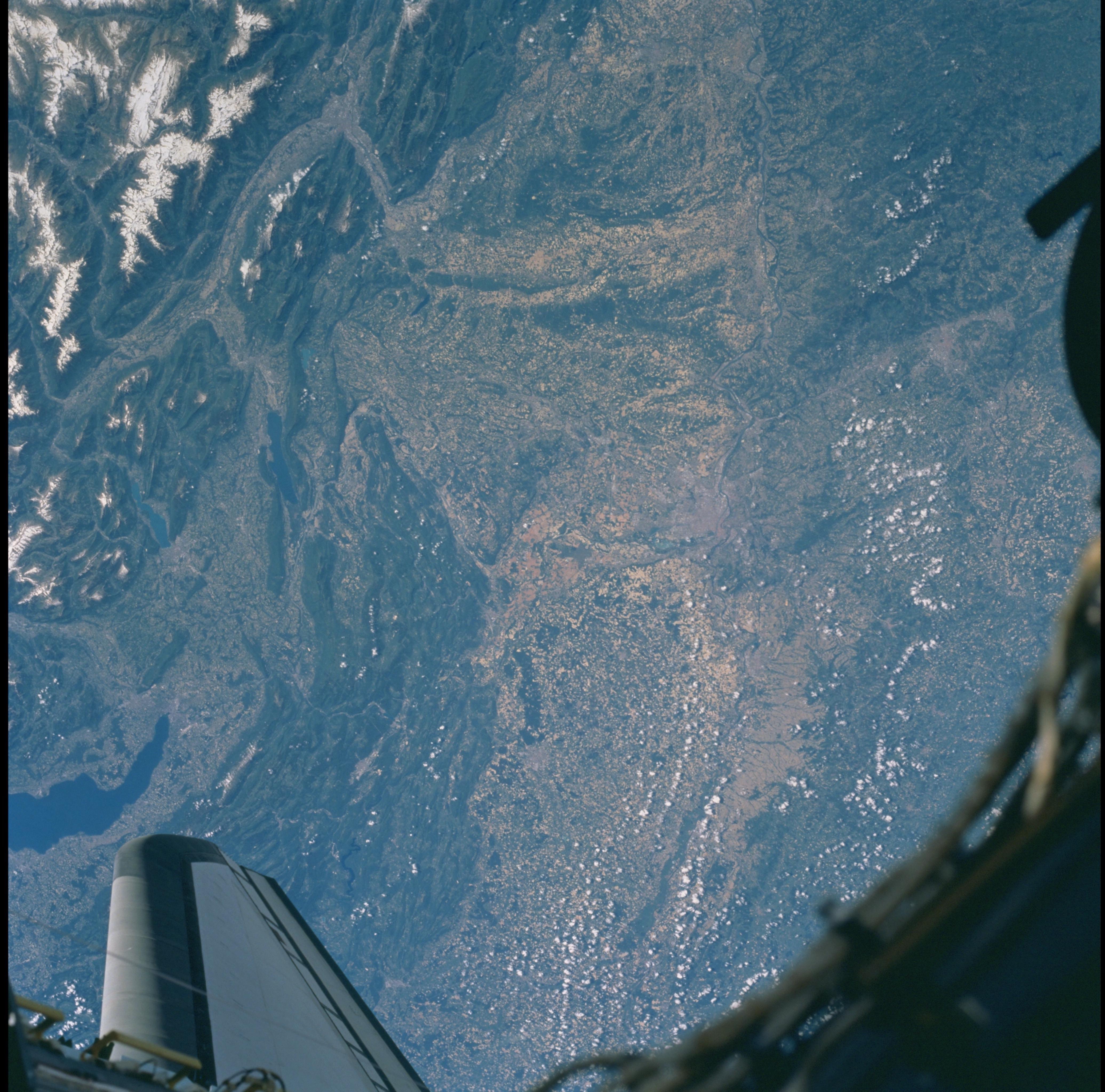 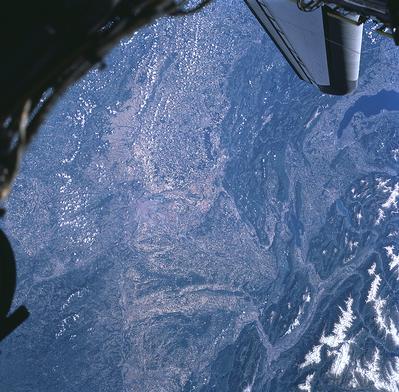 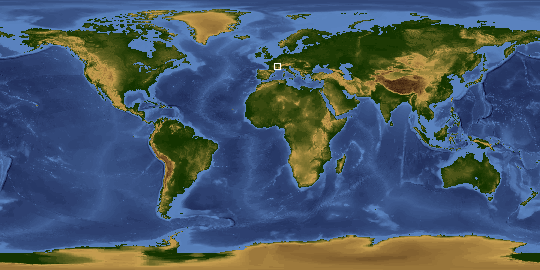 Other options available:
Download Packaged File
Download a Google Earth KML for this Image
View photo footprint information
Download a GeoTIFF for this photo
Image Caption: Jura Alps & Rhone Rift Valley
Lac Leman or Lake Geneva lies within an arcuate valley in the Jura Alps,
and the city of Geneva is at the western end of the lake;
the border between France and Switzerland passes through the lake. The
Jura and other Alpine mountain belts of Europe began to be uplifted
about 60 million years ago as the African continent collided with
Eurasia. The folds created during that event were later (~23 million
years ago) crosscut by faults of the Rhone rift, which dropped the
present broad valley (graben) down. The course of the Rhone River
through southern France is influenced by north-trending faults of the
rift system. Grenoble is at the southern corner of the U-shaped valley
complex, just west of the snowy peaks. For an excellent stereo pair of
this area, see STS101-716-16 and STS101-716-16.