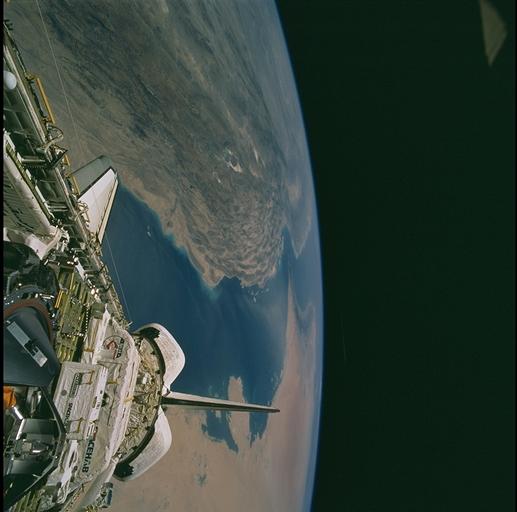 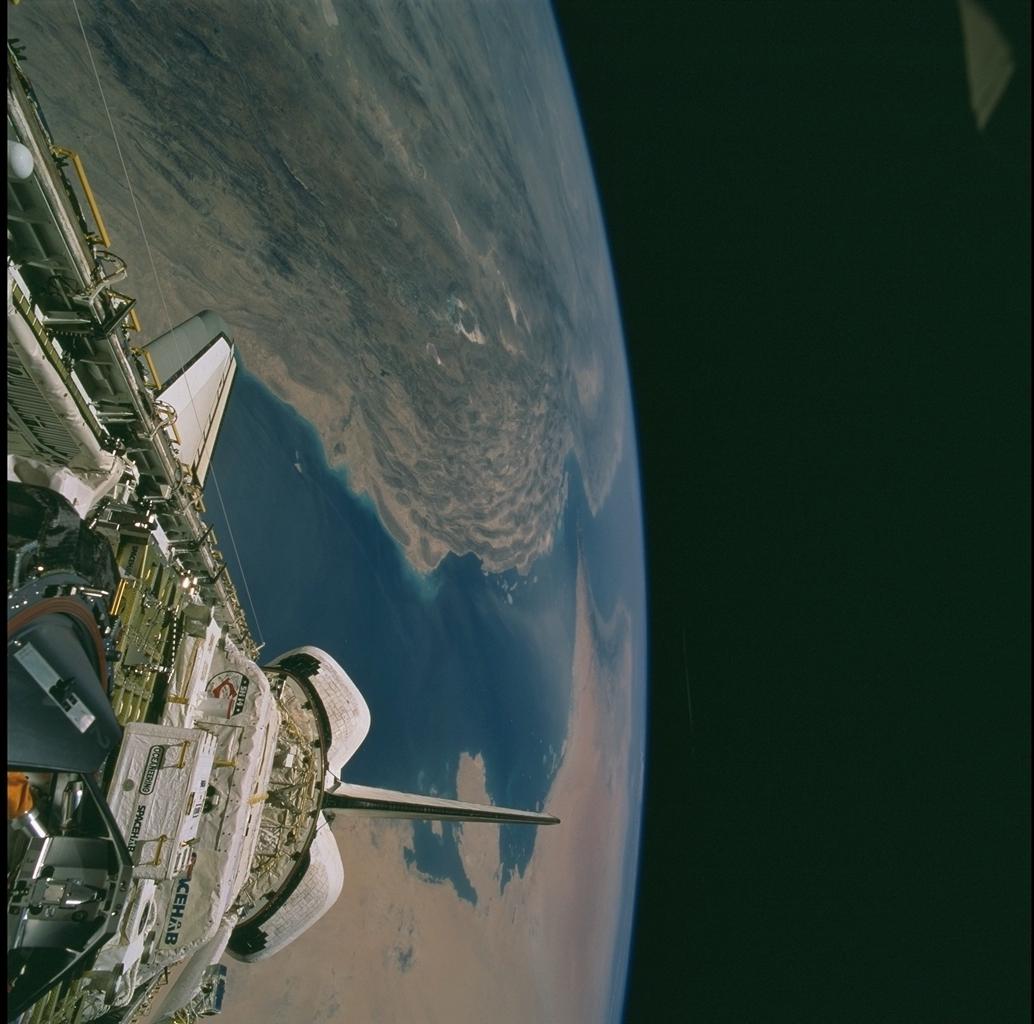 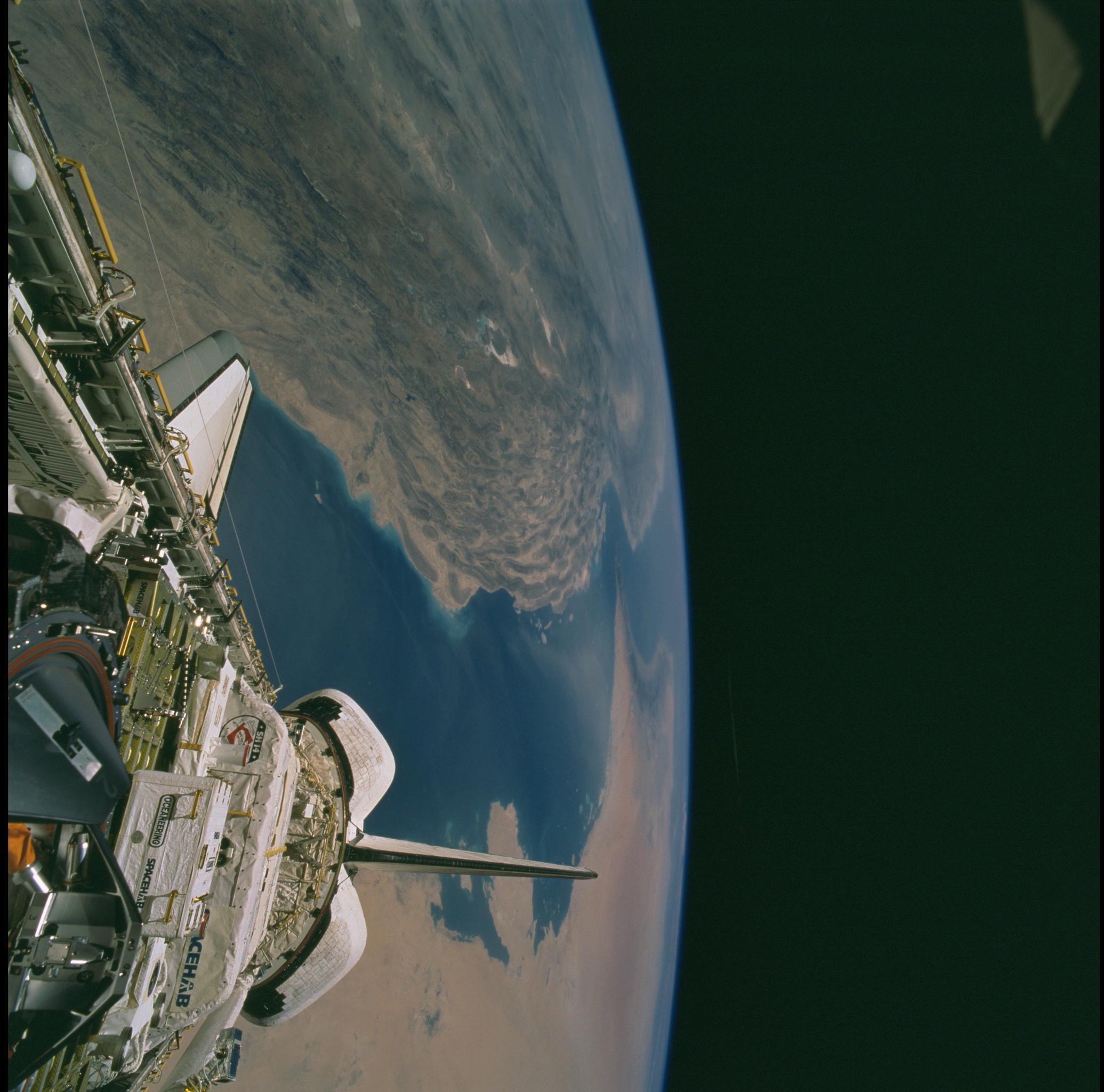 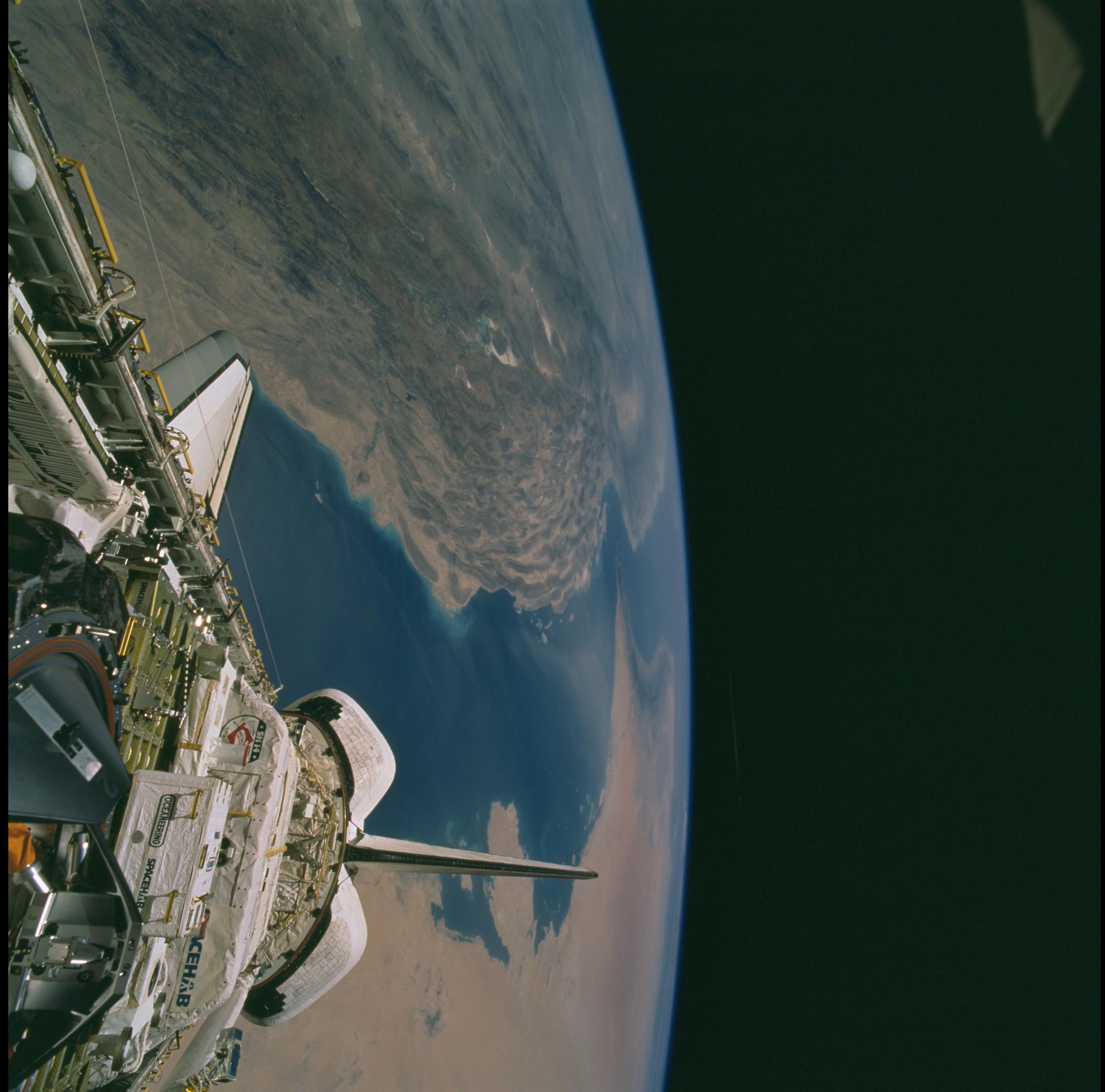 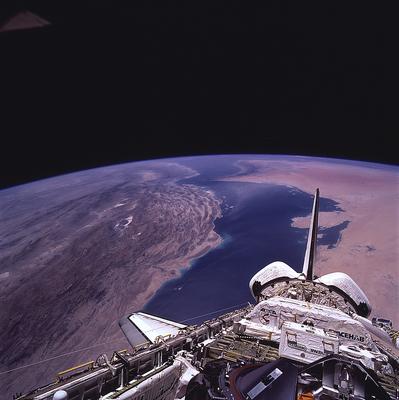 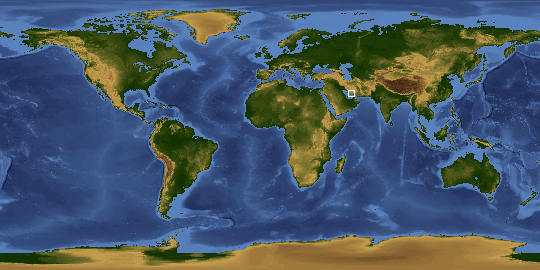 Other options available:
Download Packaged File
Download a Google Earth KML for this Image
View photo footprint information
Image Caption: N. and S. Zagros Ranges & Persian Gulf
The lobate Qatar peninsula and Bahrain, on the southwestern shore of the
Persian Gulf, lie beyond the orbiter stabilizer in this southeastward
view. Along the northern Gulf coast are the folded mountain ranges of
Iran, where the contrasting structural styles in the Northern and
Southern Zagros ranges are clearly visible. Folds of the Northern
Zagros, at left just above the orbiter, are long and tight, whereas
those of the Southern Zagros are broader and less continuous. The
differing styles reflect the responses of different rock types to the
collision of the Arabian and Eurasian tectonic plates.
Arabia is moving northward and is descending beneath the Eurasian plate
margin, resulting in the crumpling of strata along the margin. The dark
rocks in the crescent along the Oman Peninsula (distant center) are
remnants of oceanic crust that were uplifted about 70 million years ago,
early in the collision of the two plates.