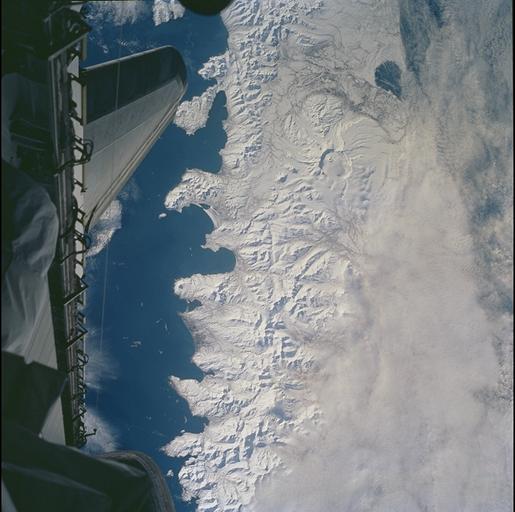 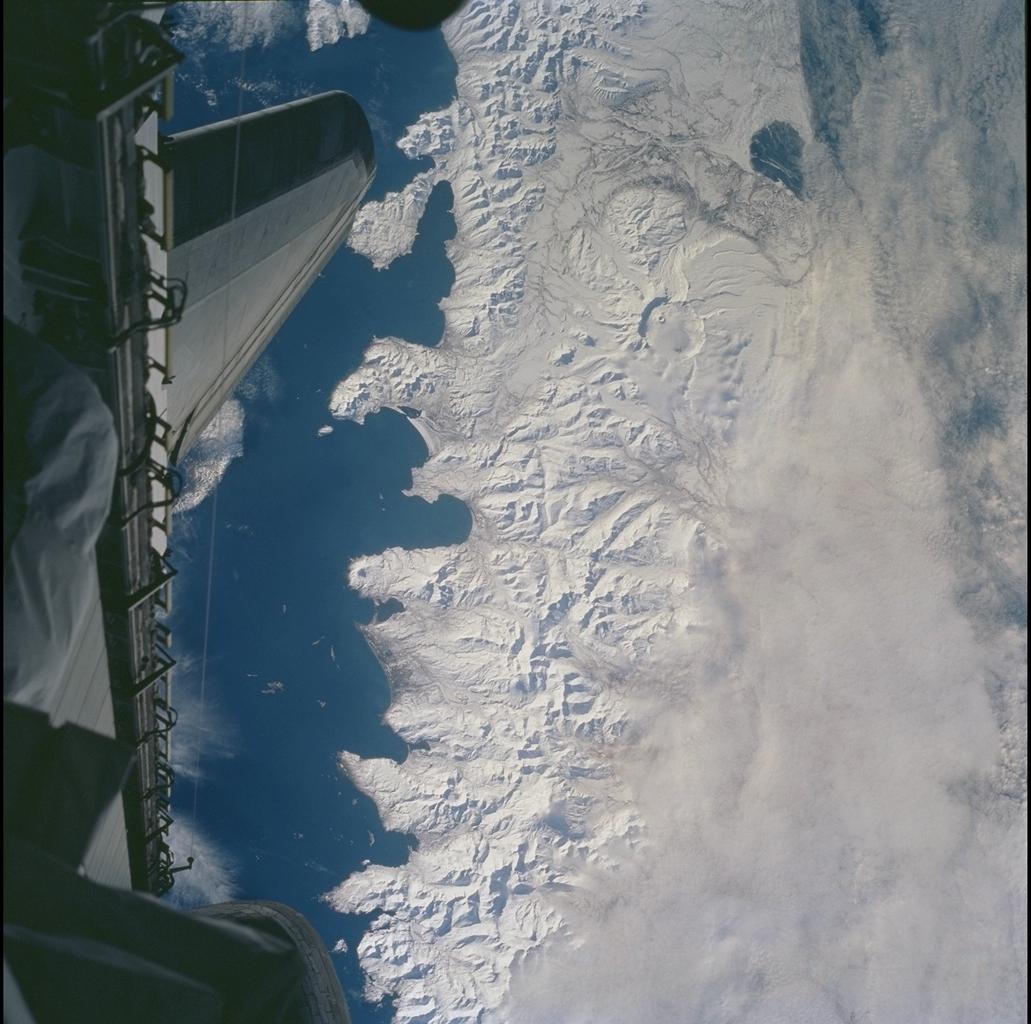 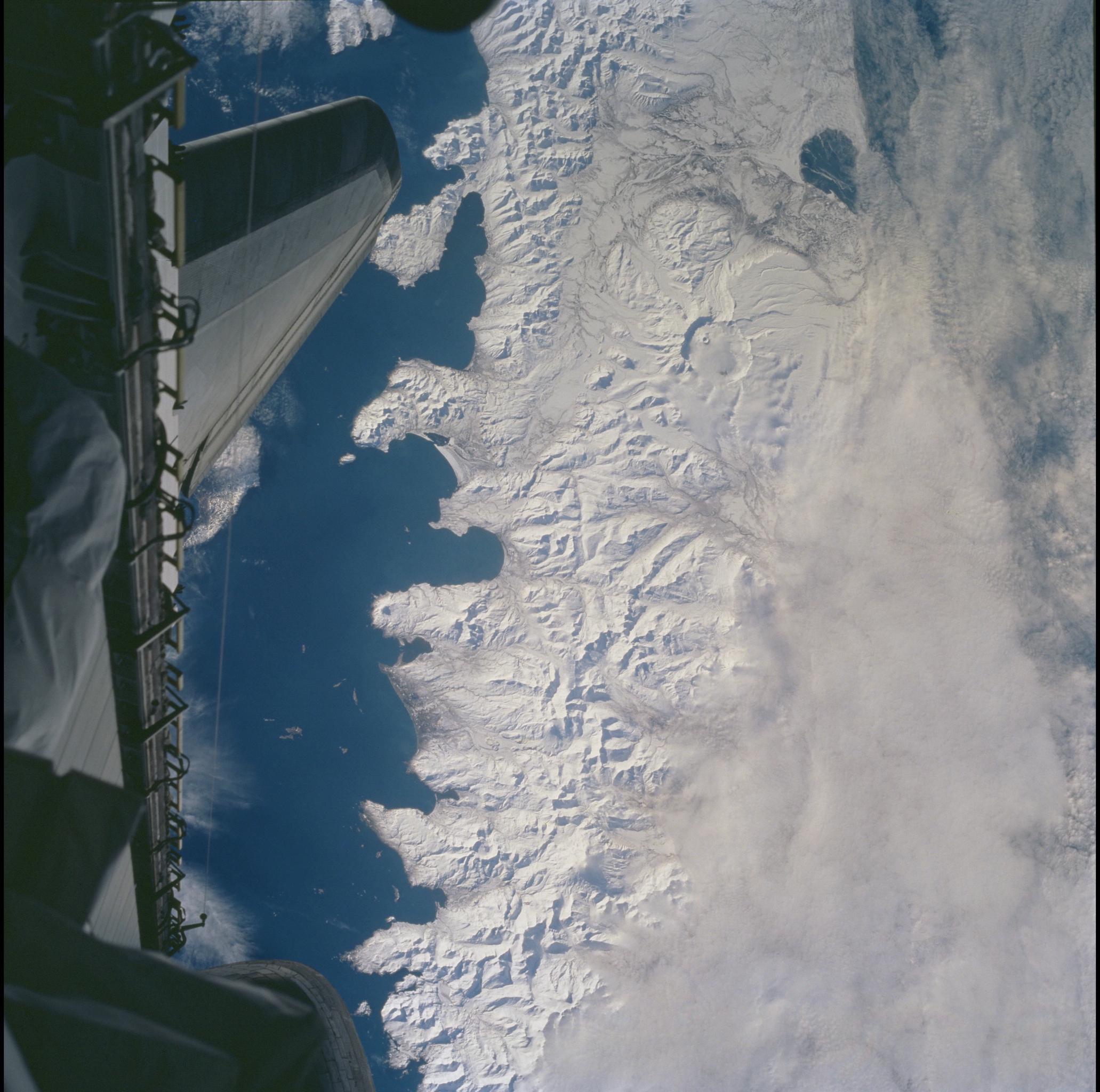 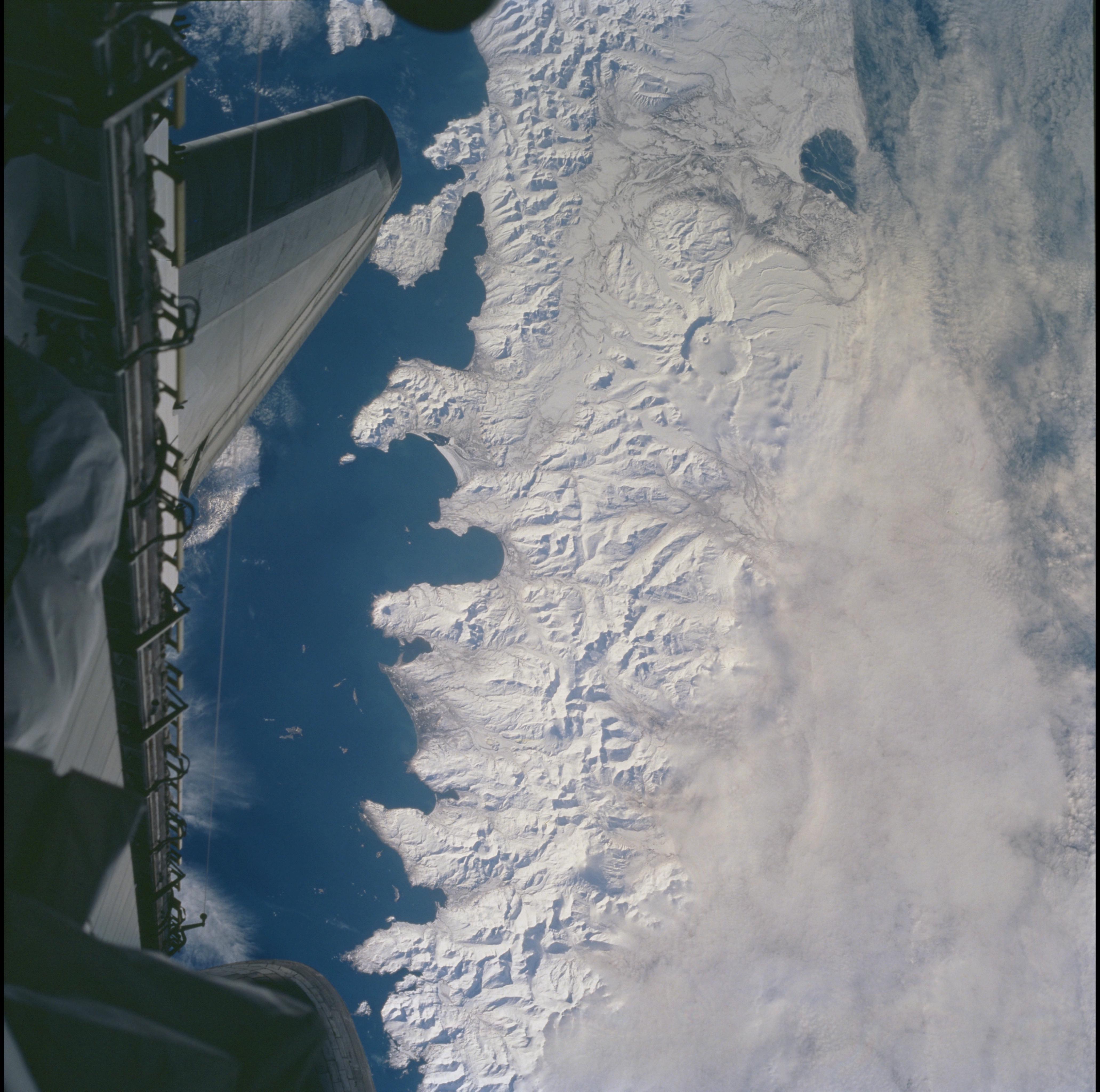 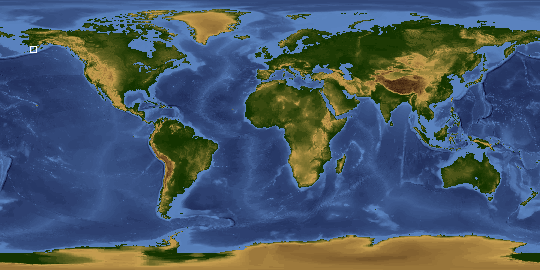 Other options available:
Download Packaged File
Download a Google Earth KML for this Image
View photo footprint information
Download a GeoTIFF for this photo
Image Caption: Alaska Peninsula, Alaska, USA
The Alaska Peninsula and Aleutian Islands form a long arc that intervenes
between the Bering Sea and the northern Pacific Ocean. This view is of the
snowy south coast of the peninsula, from Chignik Bay and Cape Kumliun (on the
triangular peninsula) northeastward to Chiginagak Bay and David Island. Port
Heiden is the darker area of little ice on the north coast. Within the rim of the
Aniakchak volcanic crater (4450 ft at highest point) the frozen waters of Surprise
Lake are visible.

The North American and Pacific tectonic plates are converging in this region at a
rate of about 5 cm/yr. The Pacific plate descends beneath North America,
producing a deep trench along the south coast; the Aleutian Trench reaches
depths greater than 25,000 ft. In such regions (subduction zones) volcanoes
form on the overriding plate -- the North American plate in this instance;
Aniakchak is one of the many young volcanoes in this arc.