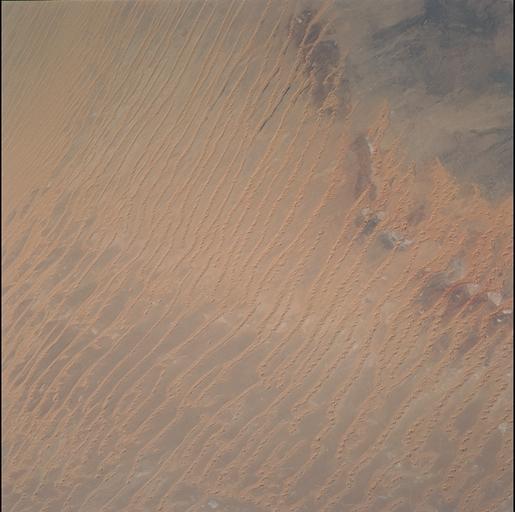 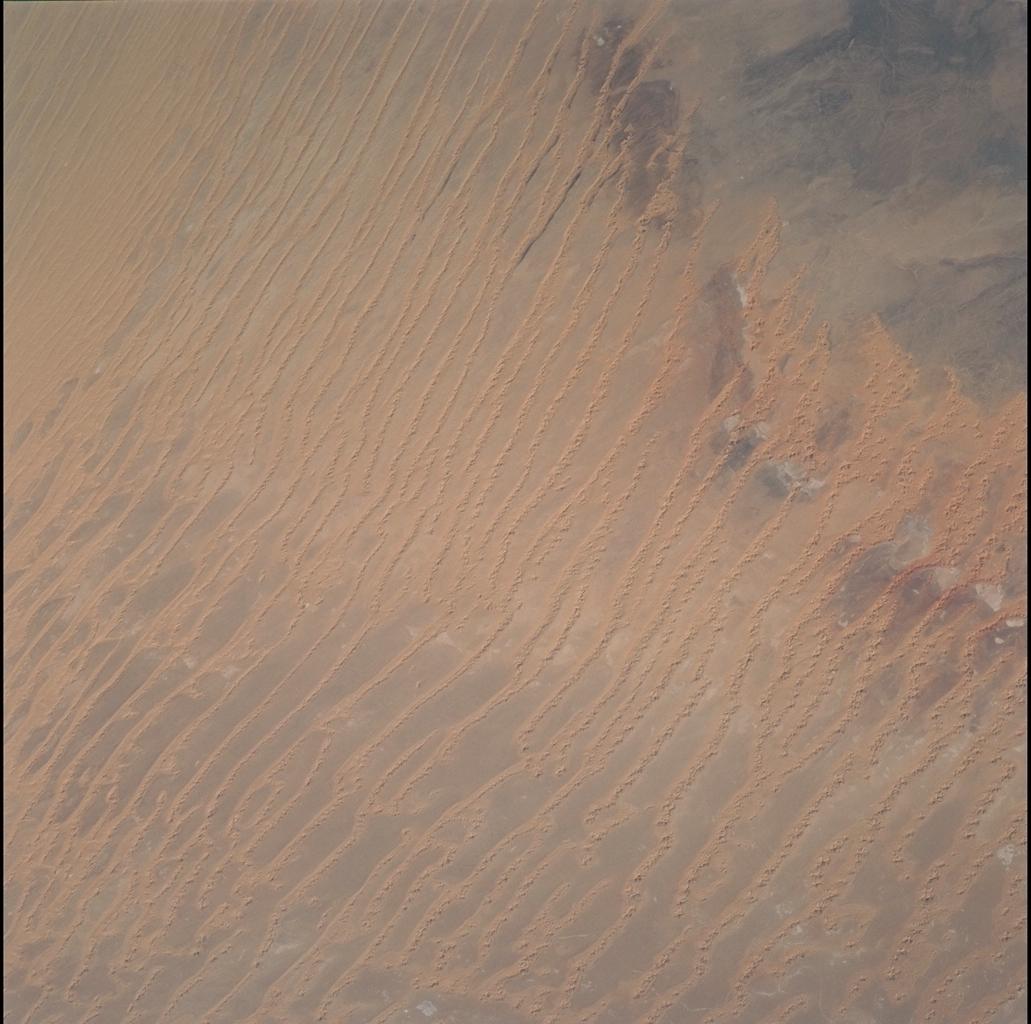 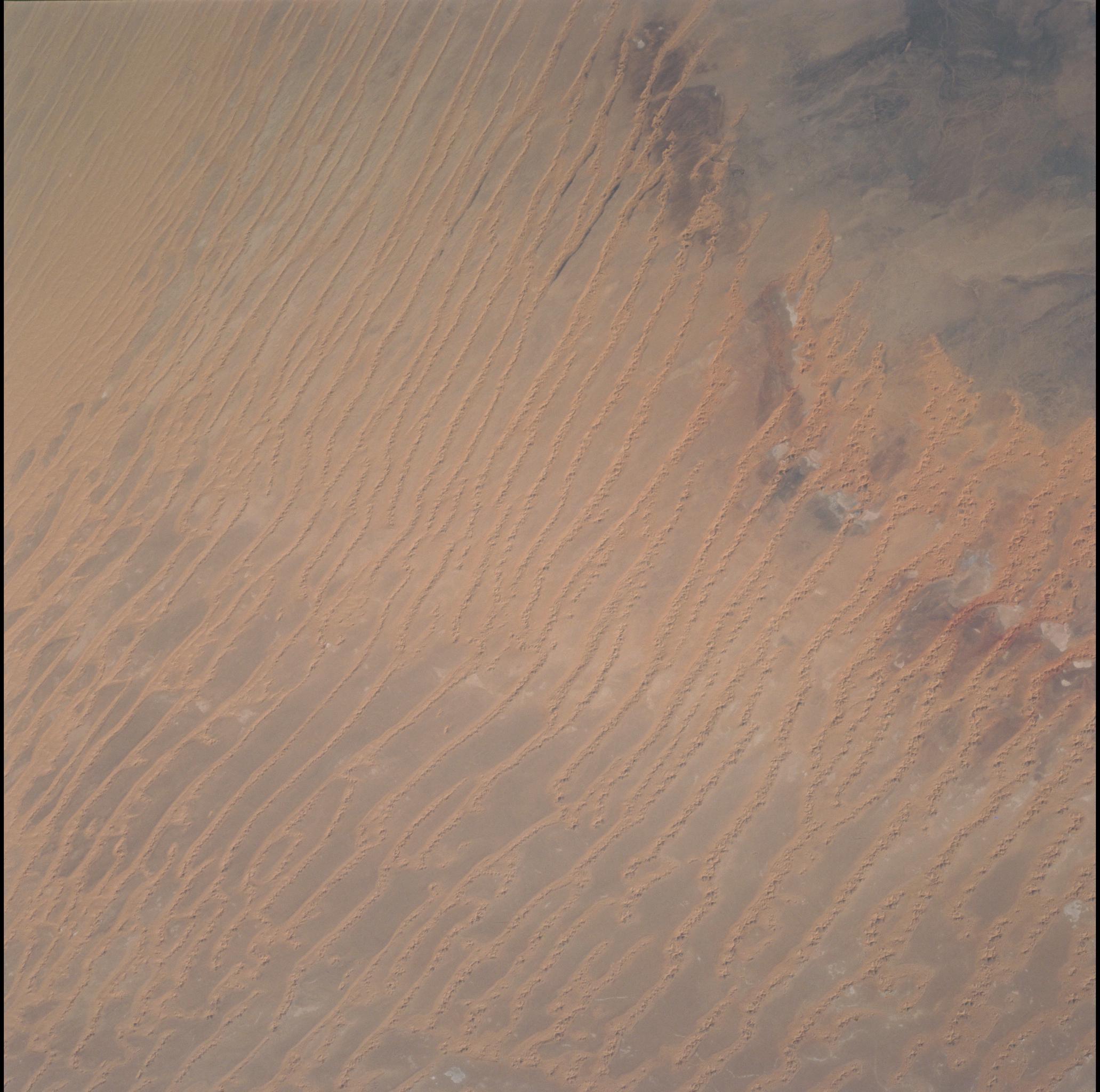 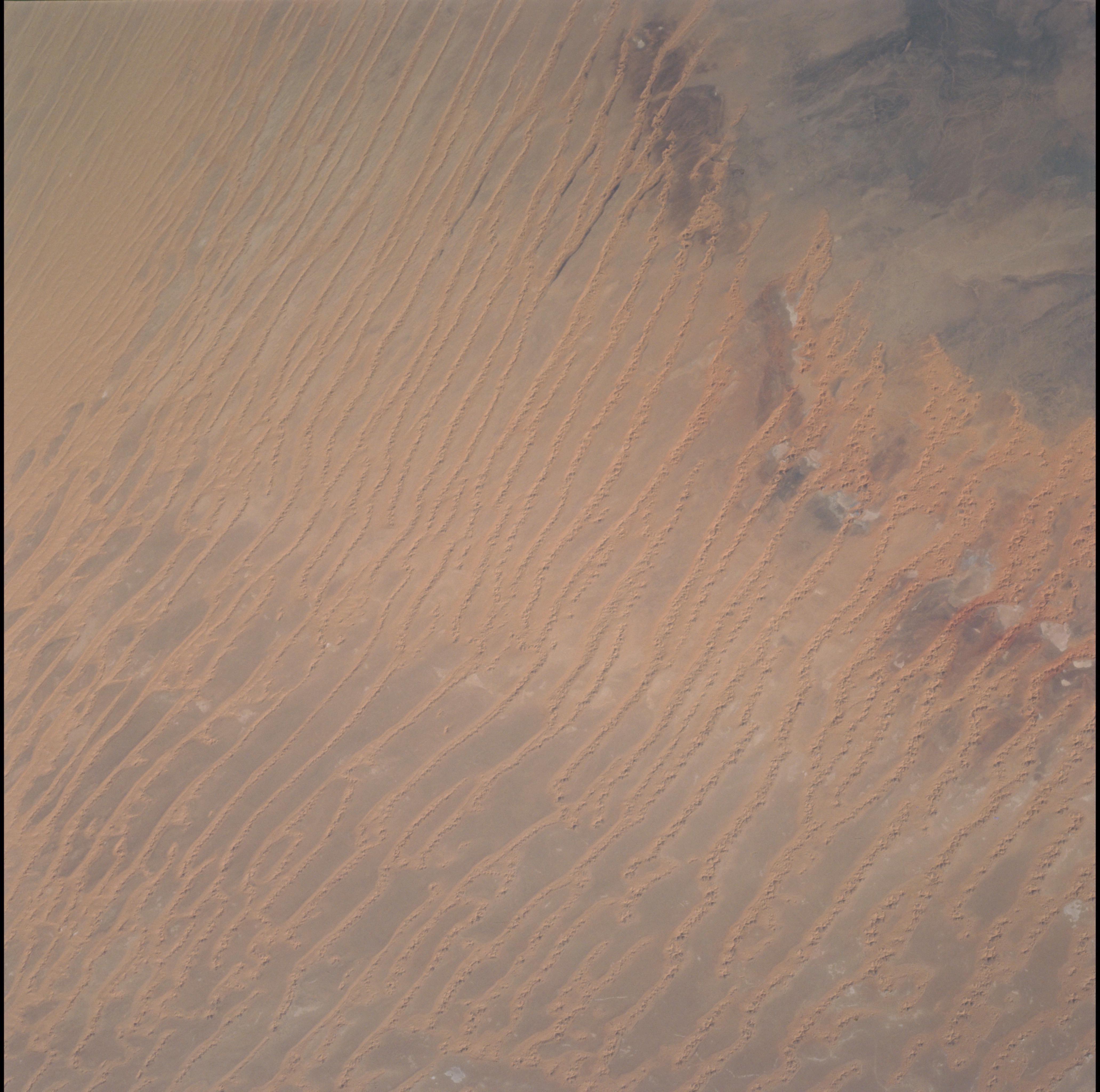 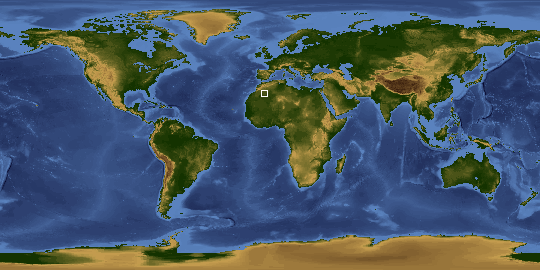 Other options available:
Download Packaged File
Download a Google Earth KML for this Image
View photo footprint information
Image Caption: Erg Chech Dunes, Algeria
Linear dunes in the Algerian Saharan sand sea known as the Erg Chech,
have been built up over thousands years into masses elongated roughly
parallel with the prevailing northeast winds. Dune chains in the
northern half of the view are 5-8 km apart. A slight change in
orientation and an increase in the density of dunes appears across the
middle of the view. Such changes usually relate to changes in sand
supply, and also to topographic scarps over which the dunes pass.

Obstacles like scarps and hills locally cause a leftward deflection (in
the northern hemisphere) in wind direction, an effect which can be seen
here in the dune orientation in the middle of the photo.

Dunes in the lower part of the view are 2-5 km apart. White patches are
small dry lakes at low points in the underlying rock surface. The strong
red color in some dunes near the edge of the dune field is iron staining
derived from sand particles blown into the dunes from the underlying
iron-rich soils. A dune free area appears in the lower left corner.